It’s Monday night and The Satellite has no idea. Try to tell that to its wall to wall people or its enthusiasm for the night ahead. The atmosphere is all abuzz as the night gets older and the crowd gets thicker. I walked in on Blondfire’s performance and was keenly pleased by the brother/sister duo’s super sweet indie pop set.

Eastern Conference Champions took the stage next. After a seemingly lengthy soundcheck (which I attribute more to my burning anticipation than to it actually being all that “lengthy”), they begin. Gently through the clouds of crowd murmur, they open tenderly with a brand new song. The energy build-up is skillfully reigned in until the precise moment when it’s begging to be set free. 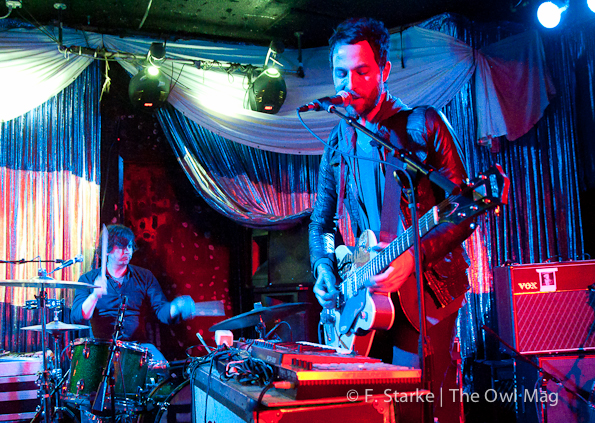 ECC continued their set with songs off of their latest release Speak-Ahh with high energy and their usual amazing passion. “Bull In The Wild” and “Hurricane” with its dominant drum beats had the crowd going crazy. Another new song made an appearance in the set and this reviewer is hoping with all her little musical heart that these two new songs are indications of another album from ECC in the near future. Their set closed out (too soon) with “Attica.” No amount of time on the stage is long enough for this band. 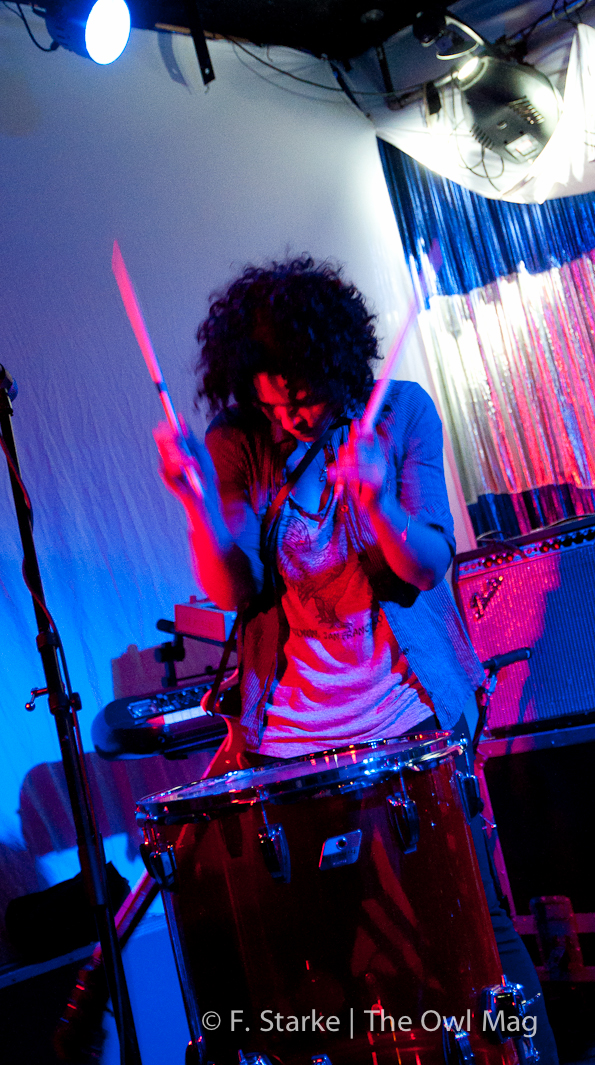 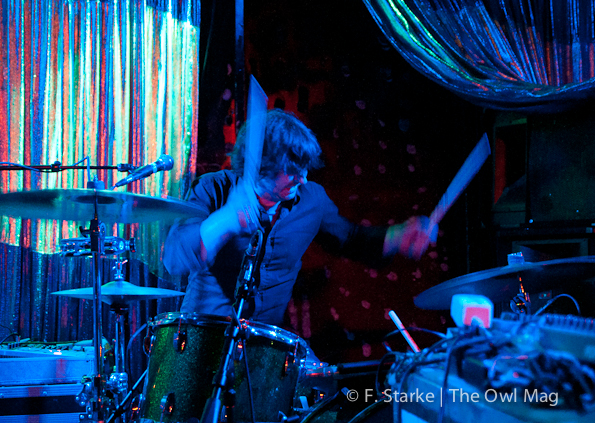 As I’m waiting for Voxhaul Broadcast to hit the stage, I’m still riding the ECC high and wondering how Voxhaul Broadcast is going to follow up that performance. They answer with “Leaving on the 5th” from their album Timing is Everything. I got the message loud and clear through their performance of the anthem, “but tonight, it’s ours. Oh, it’s oouurrss!” And I believed them oh so much. 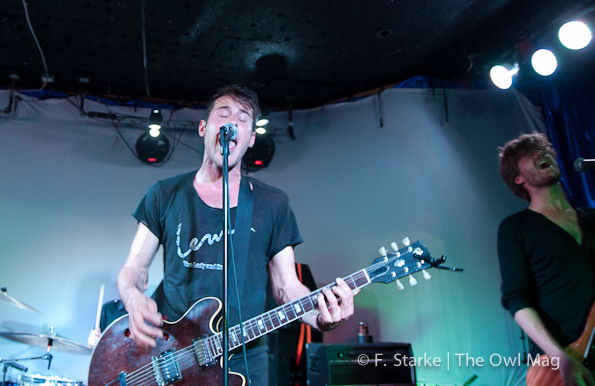 Other powerful anthems like “Loose Chains” and “Cheetah” were included in the set. The energy this band has is mind-blowing and everybody in that room was caught up in it. A fan’s total devotion to bass player Phillip Munsey II was evident, especially when he offered to have his babies. I don’t know much about science but I’m thinking that’s probably not going to be happening any time soon. 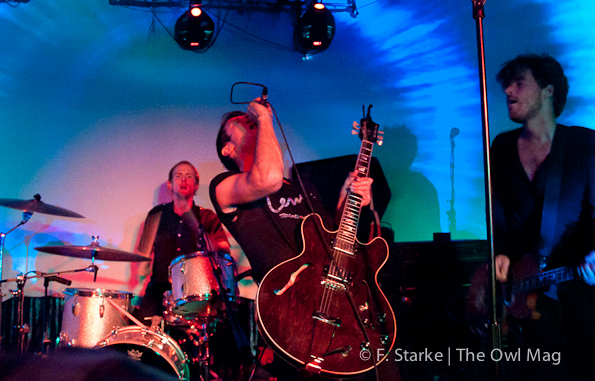 Rounding out the set with “The Backrooms” (which has a saweeet bass line) found me bathing in a shower of sweat from the band as they moved around the stage in a frenzy. I was too enthralled to notice the number of times singer David Dennis bumped me with his legs when he played to the crowd from the edge of the stage. 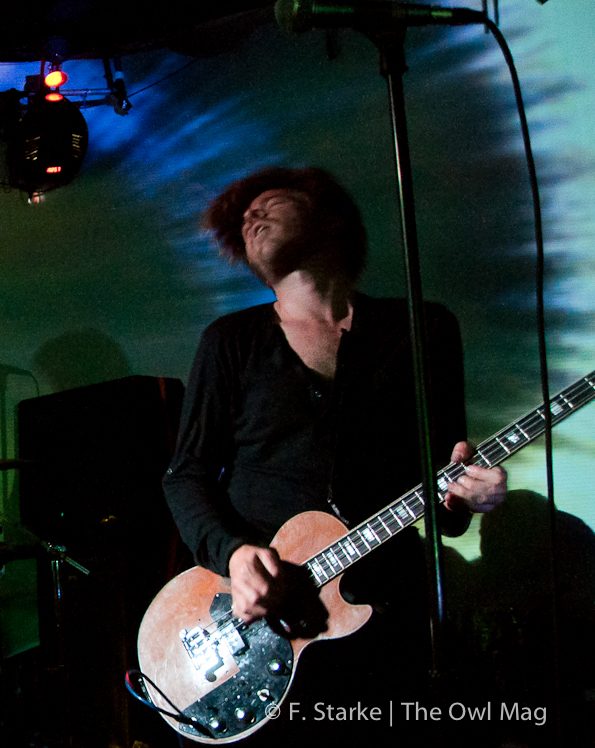 In closing, please note: it took a valiant effort on my part not to overuse the words “amazing,” “energetic,” and “awesome” in this review. These two sets deserved these adjectives a hundred times over. I’m a sucker for bands with passion and both ECC and Voxhaul Broadcast have it just oozing from their pores. Heaven help us music fans if they ever go on tour together. 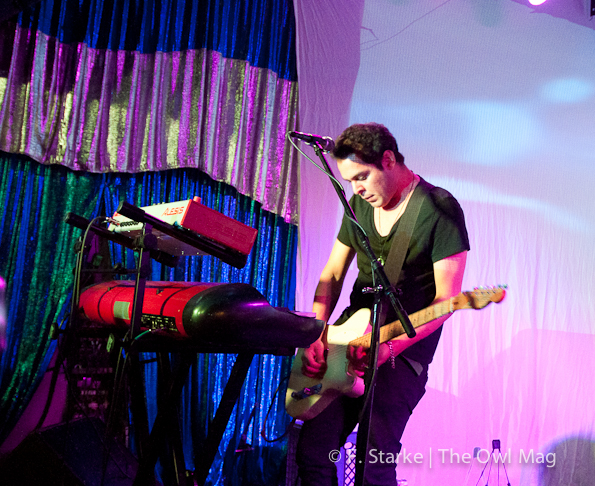 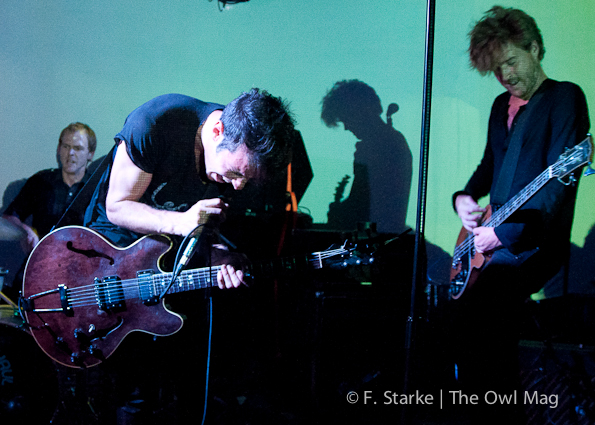 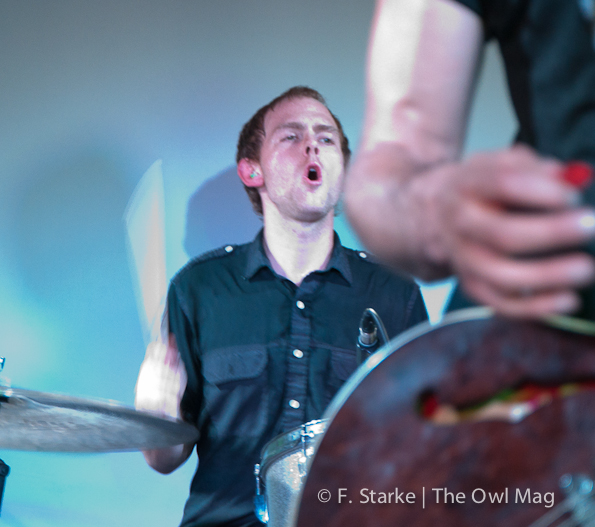