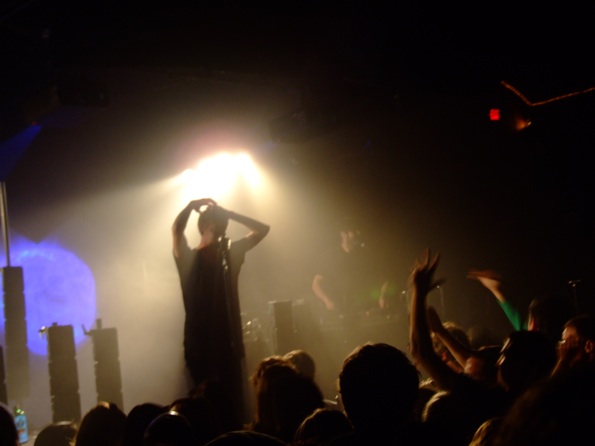 Before Digitalism rocked the house, Data Romance took to the stage. Data Romance is made up of two young Canadians, Amy Kirckpatrick and Ajay Bhattacharyya. They stealthily got behind their equipment and started their set without so much as a word. Ajay worked on the synth effortlessly and with raw emotion, while Amy delivered breathy, ethereal vocals on top. The beats were really impressive, but the vocals didn’t quite match up. It was almost as if the beats were too dense. There were songs where the two were completely in sync, but then there were songs where the two components didn’t seem to flow well enough. They do have a lot of potential, and in time, Data Romance will definitely find their cohesion. 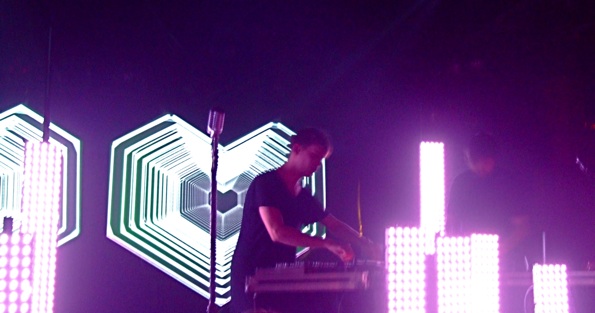 Digitalism set up around 10 o’clock. The expectation was heavy German electro with loud, pulsing beats and intense synths. But what wasn’t expected was the high-energy live performance of the band and their spot-on visuals. It wasn’t just computer-made beats and drum machines. Digitalism’s front-man, Jens Moelle, really added a lot to the sound with live vocals over the tracks and pumping up the crowd in between. Even “Are you ready, Solana?” sounded better in a German accent. They also had LED light towers spread all around the stage like little skyscrapers that synced with the music. Each beat was accompanied by LED red, green, or blue waves around the stage. Behind them, two white hearts were projected on the wall and had visuals from time to time. Digitalism played an hour and fifteen minute set, with the highlight being an extended version of their single, “2 Hearts.” The song started off stripped down and slow, then swelled into a rushing waterfall of beats and drums. There were so many times during their set that the crowd experienced that “on the edge” feeling you get with electronic music, where you can’t wait for the bridge to end and the chorus to come crashing back down. They played an encore of the shimmery hit “Blitz,” then “Stratosphere,” and left the crowd full of energy and wanting more. At the end of the night, Digitalism impressed, pumped up, and totally took you on-board with the German electro scene. 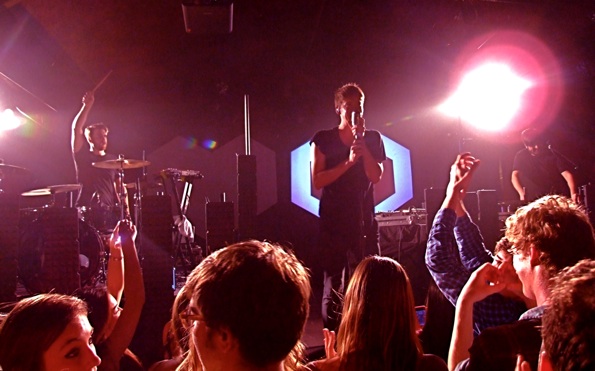 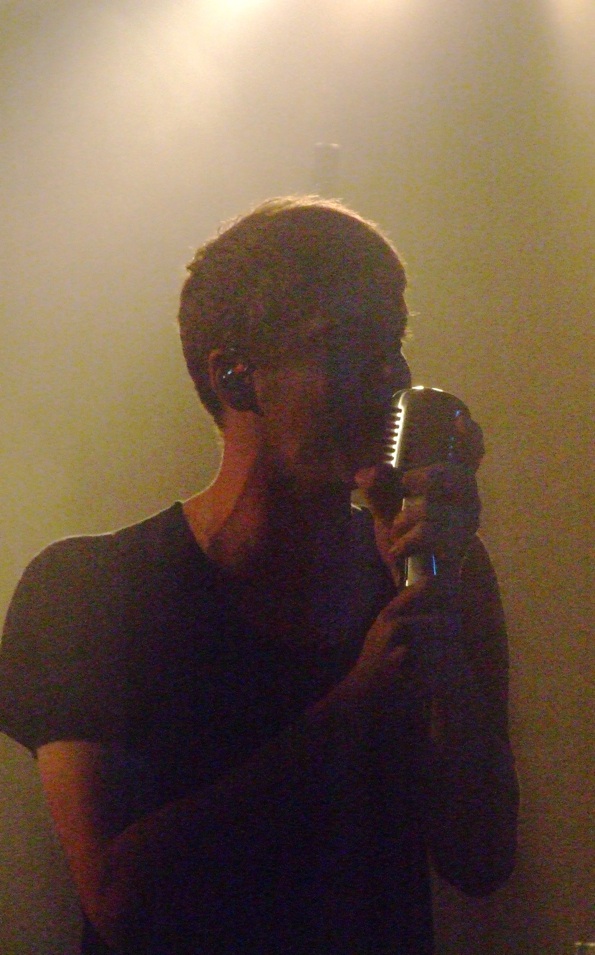