Burger Records presented their first ever “Buregerama” at the Observatory in Orange County this past weekend and it was a memorable show. With a lineup that consisted of some of the best up and coming indie-rock bands like FIDLAR, Audacity, and White Fence alongside more established acts like OFF! and Wavves, this event was not one to be missed. The Observatory was the perfect location since the event promised 16 bands on two different stages. The venue is home to one large stage dubbed The Observatory with a smaller stage in The Constellation Room. After seeing set times, we made an active decision to plant ourselves in The Observatory for the night. 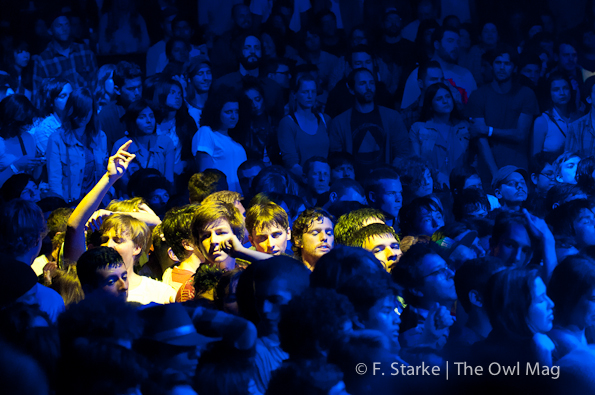 FIDLAR was first up and they were the perfect opener, sending the crowd into a wild frenzy. FIDLAR is notorious for starting mosh pits, so it came as no surprise when the entire floor began pogoing. The band ripped through an intense set even sending Zac (guitar, vocals) into a mad state rolling around on the floor all while playing guitar. Their setlist consisted of  “No Waves,” “Wait For The Man,” “Max Can’t Surf,” and “Wake, Bake, Skate” just to name a few. Zac’s banter in between songs regarding drugs, rehab, and careless attitude was quite entertaining and comical. FIDLAR is a band you definitely want to keep a close eye on, they’re an act that is only going to get more popular with time. 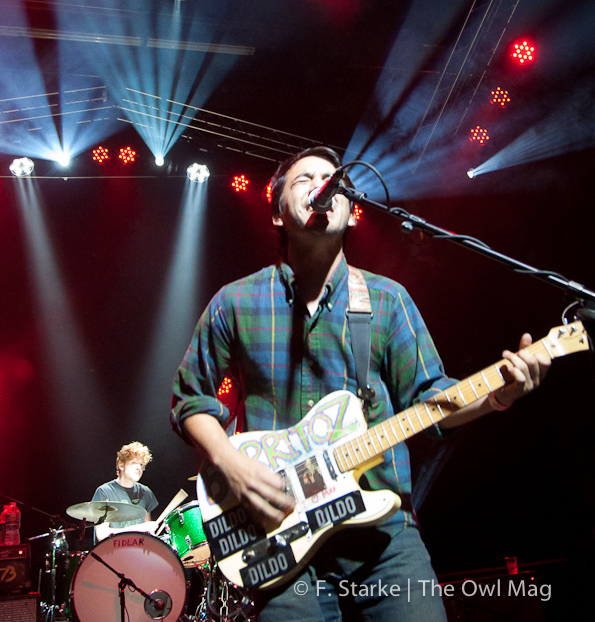 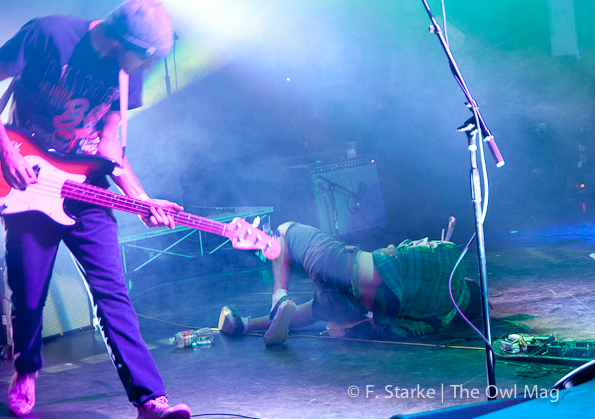 FIDLAR
Next up was King Tuff, who came out to play an onslaught of rock ‘n’ roll tunes with some stellar guitar riffs throughout each song. King Tuff had been on our radar, so it was nice to satisfy the curiosity. The band showed a lot of confidence which must come with the experience of playing in multiple bands, even sharing one with J. Mascis. King Tuff took some time in between songs to thank Burger Records for putting the show together. 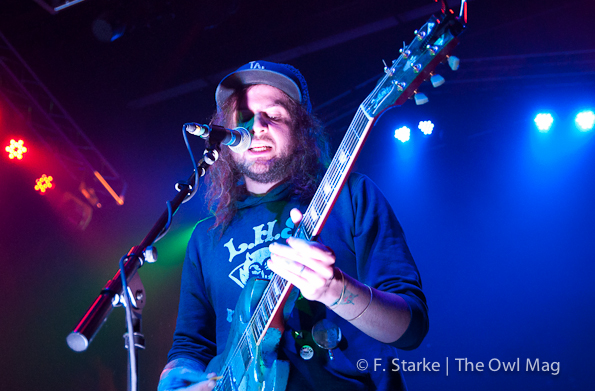 King Tuff
We didn’t know what to expect of the band White Fence, we heard great things regarding their live show, and were really impressed after listening to a few tracks online before the show. White Fence was one of the stand out bands of the night playing a rocking style of lo-fi punk with some blues influences. Everyone on the main floor was dancing, more pogoing began and the poor attempts at crowd surfing increased. I am assuming that the majority of the songs played are from their upcoming release, Family Perfume Vol. 1 and 2. I couldn’t help but be consumed by the band’s performance. I had to remind myself to save some energy for the rest of the bands. 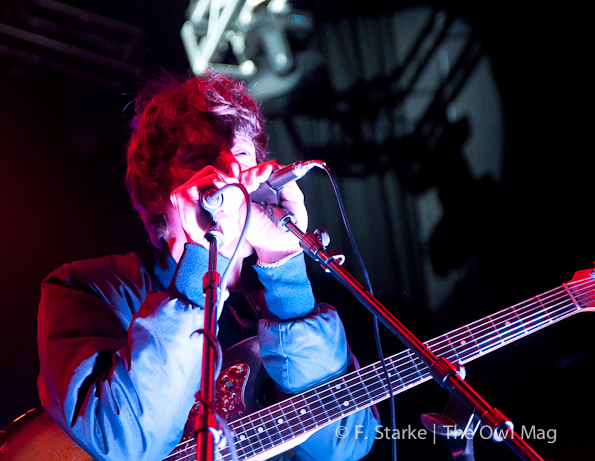 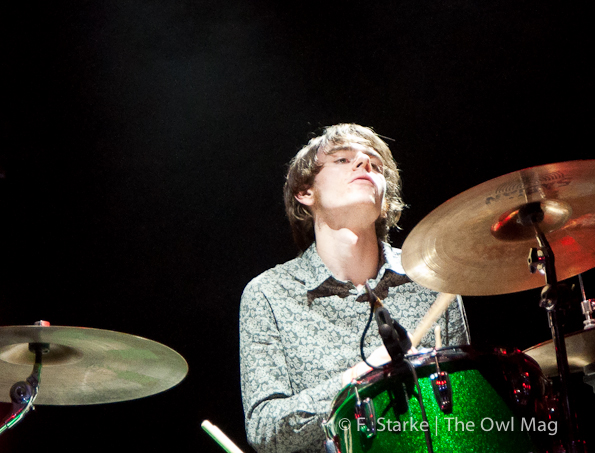 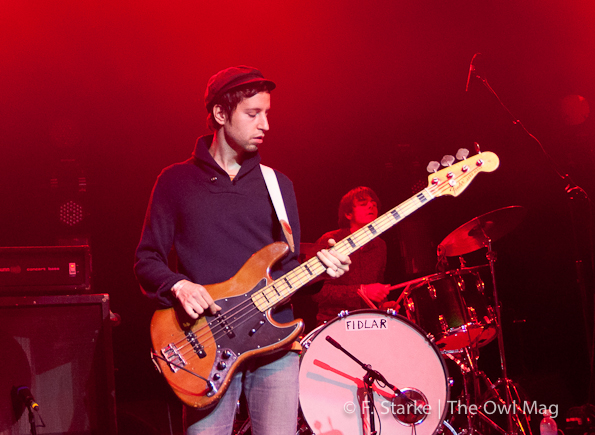 White Fence
We have to apologize to the band Strange Boys, they’re one of those bands that crossed our paths on a number of occasions and just never paid them any attention. We’re so glad they played Burgerama. After this, this writer will probably never miss another Strange Boys show again. The band plays a style of garage rock that oozes R&B soul lead by the dramatic vocal stylings of Ryan Sambol. He impressively switched from guitar to piano, also playing the harmonica at times. I thought for a second that the crowd would mellow during their set, but I was wrong and they continued on. 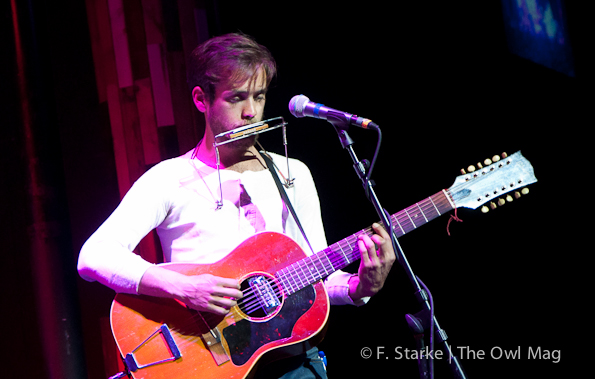 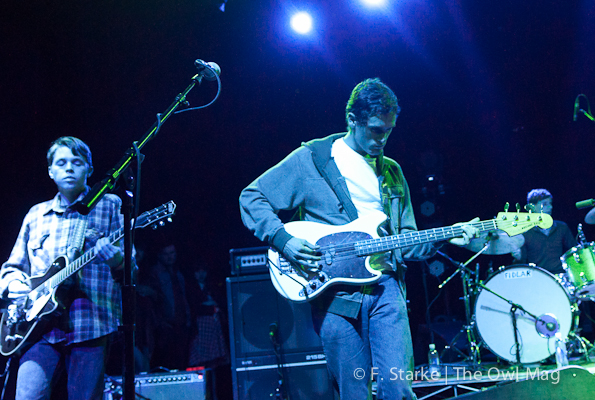 Strange Boys
We’re well-versed in the knowledge of Ty Segall here at The Owl Mag. What we didn’t know was how hard he was going to push the intensity of his songs during this set. The pit erupted into a violent sea of people pushing, jumping, and flaling their limbs everywhere. The weird part was that everyone was smiling. Segall took time between songs to talk about first starting in Orange County and how there were never any shows like Burgerama. He crowd surfed on a number of occasions letting his guitar drift through the audience. To finish his set Ty Segall had some fans in the crowd hold up his mic stand while he crowd surfed and played guitar, it was pure insanity! 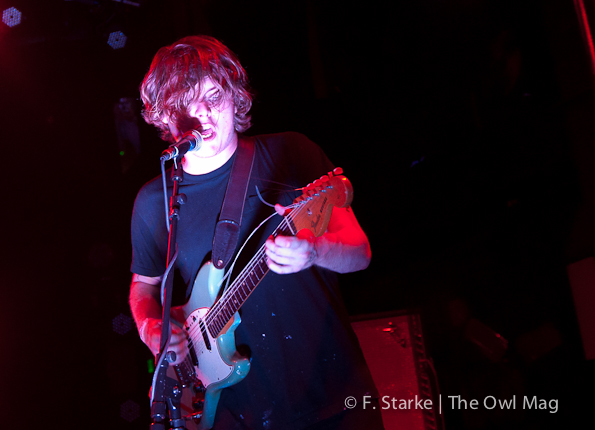 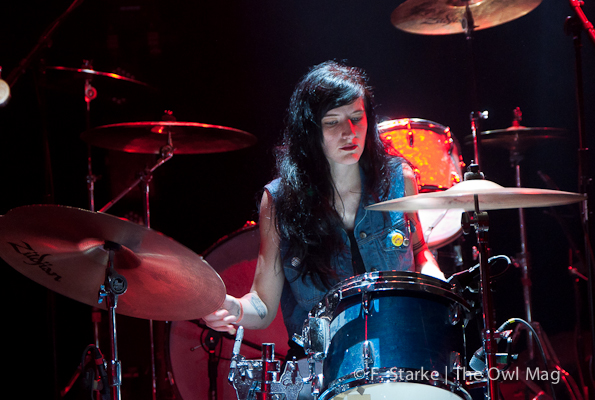 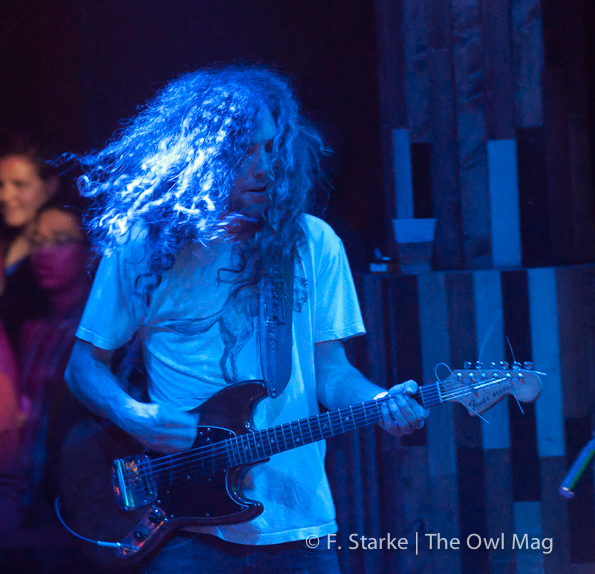 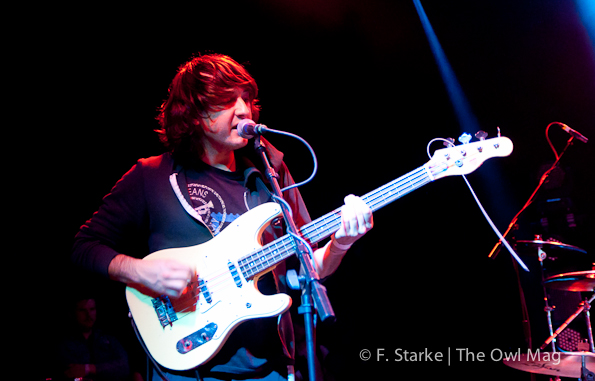 Ty Segall
The venue quickly filled to capacity as OFF! took the stage. Lead singer, Keith Morris, came on stage, introduced the members of the band, and sarcastically referred to themselves as “the new kids on the block” making it clear that they wouldn’t be singing any songs from that “other band.” OFF! ripped through their set starting with “Upside Down” and followed by “I Don’t Belong.” While the majority of songs came from First Four EPs, they also played a number of new songs. Keith Morris did his usual ranting/borderline preaching which is always entertaining. Some fans requested Black Flag songs and Keith jokingly responded that they clearly did not pay attention to the introduction. One can’t help but admire that these guys, the mere fact that they can match or even surpass the energy of these younger bands. We just hope to be as cool as Keith Morris when we reach his age. 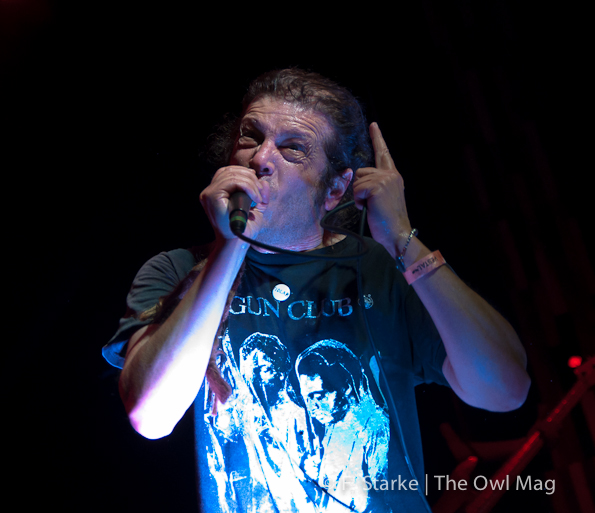 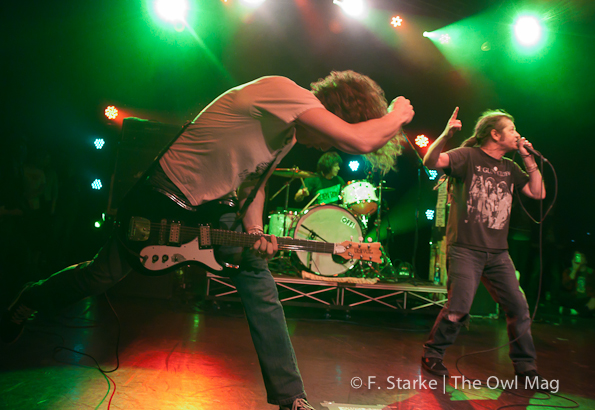 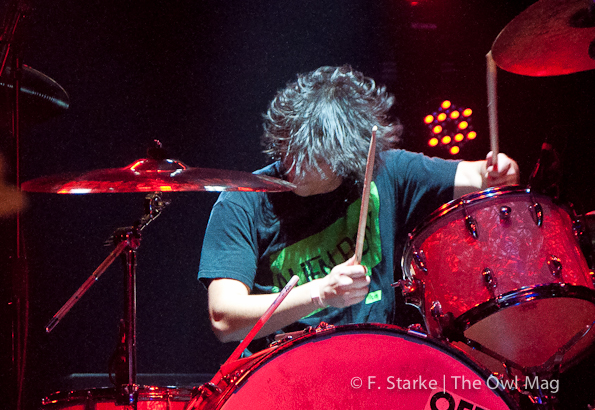 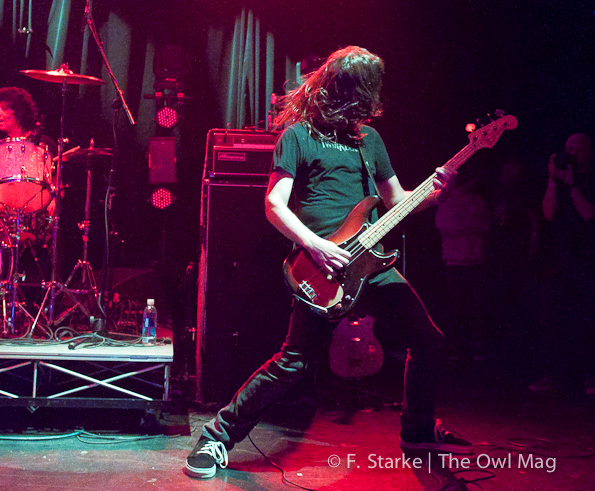 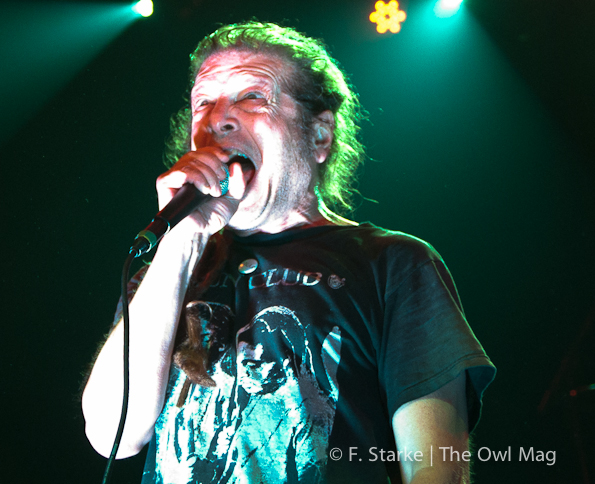 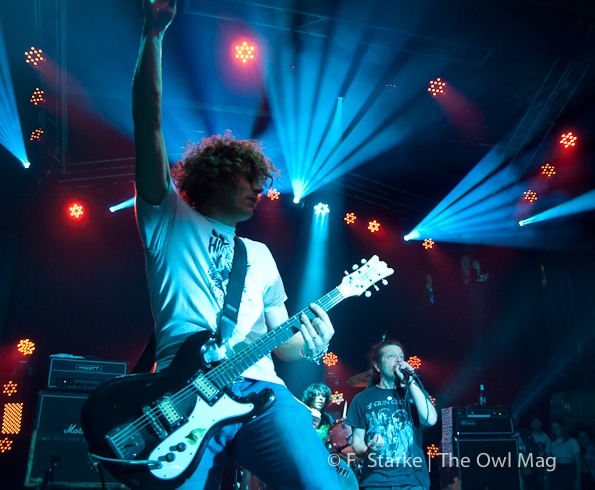 OFF!
A lot of people left as soon as OFF! concluded their set, which was strange because we were sure that everyone was there for Wavves. Their departure didn’t impact Wavves at all, as they started their list of tunes with “King Of The Beach.” Nathan jokingly asked the crowd the “cost of bras,” seeing as a number of them had made their way on stage, then started “To The Dregs.” Nathan also thanked the crowd for coming then added, “Thanks we’re Bush.” During the song “Super Soaker” Nathan began to sing the second verse too early which caused the rest of the song to sound a little… offbeat. At the conclusion of the song he requested the band play the song again, explaining he was “drunk” and “messed up.” Wavves didn’t disappoint for one minute, except for having to listen to “Super Soaker” twice. 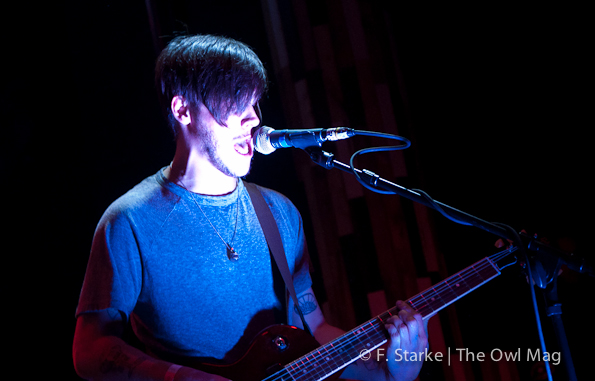 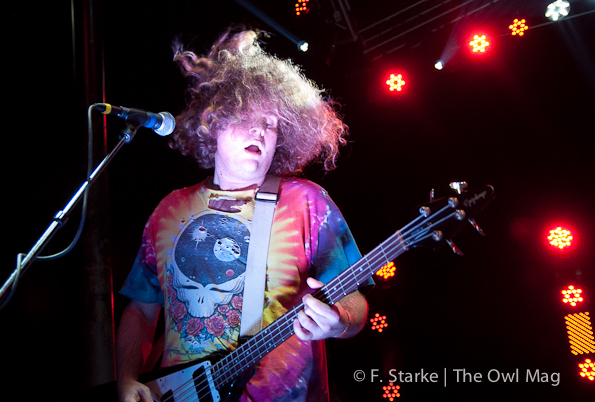 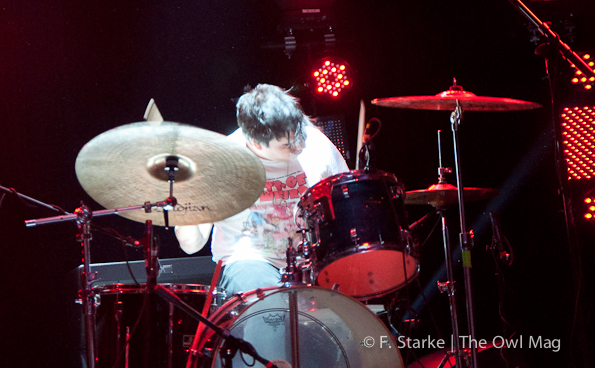 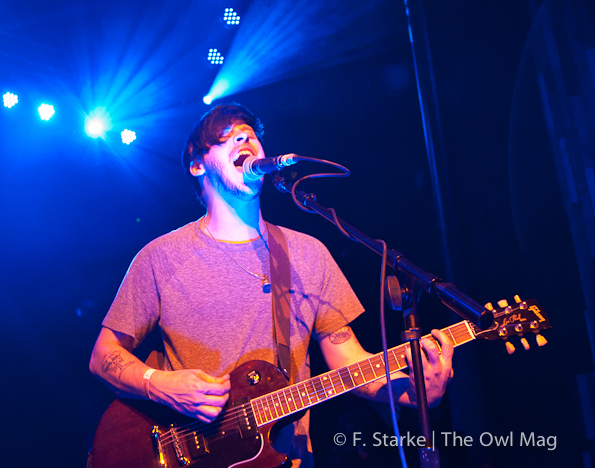 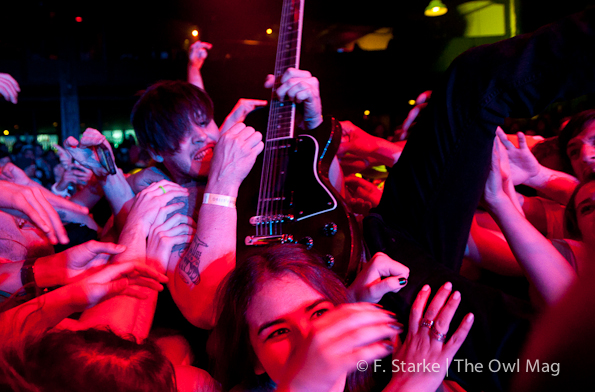 Wavves
Hats off to Burger Records for putting on one hell of a debut event. All the bands were excellent, the transition between bands was fast, and the venue’s sound and lighting were almost perfect. Burger Records isn’t stopping here, they already have a number of residencies booked as well as in-store events scheduled. 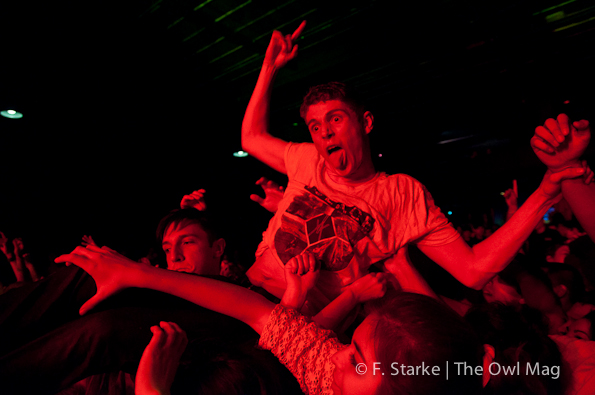 Click here for more amazing photos from Burger Record’s Burgerama at the Observatory!