A thick, hazy heat lingered over from a late-night thunderstorm, leaving the Brooklyn landscape condensed in a sticky fog. The Gowanus scenery boasted no obvious markers of its decade, unlike the anxious scribbles of a generation that coat the nearby Bedford. Under the guise of nightfall, it didn’t speak of any age, it could have been many. It could have been 1998, when Beth Wawerna traded in her Austin (by way of Atlanta) boots for New York kicks, immersing herself in the city’s music scene as a writer for Spin Magazine. It would have been easy to imagine a younger Wawerna running in through the glass doors, full of enthusiasm and perhaps high levels of caffeine; a young music writer evolving within a city coming to terms with its own incoming millennial status. But, of course, this scenario now could exist only within a foggy, misguided daydream. Instead, on this night, over 10 years later, Wawerna is no longer behind the stage. She’s on it. 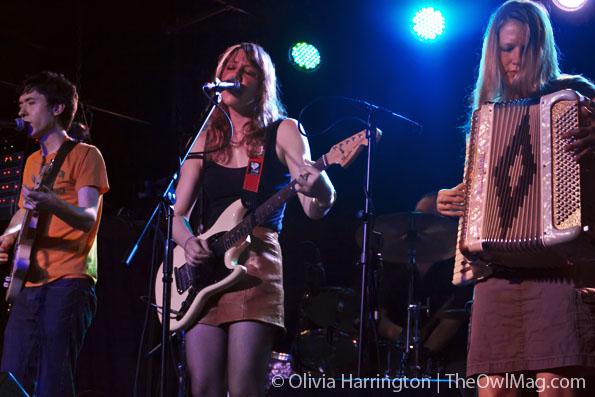 Wawerna took to the stage with a collection of melodies composed under the veil of secrecy for much of the last decade. As a double agent, living the life of musical observer coming to terms with her own abilities as a leading musical force, her songs often grapple with the complexities, similarities and full on hilarities of the role. Of course, regardless of her occupation, her experiences and musings play universal. Unsteady relationships (“Make no mistake, old friend, you can cheat me, beat me, I’ll pretend all the trysts and quips at my expense did not cut and grind me, bruise and bind me”), self-confidence, defeat, ecstasy, disappointment and an unwavering acumen paired with razor-sharp perception all flow from Wawerna’s mic. 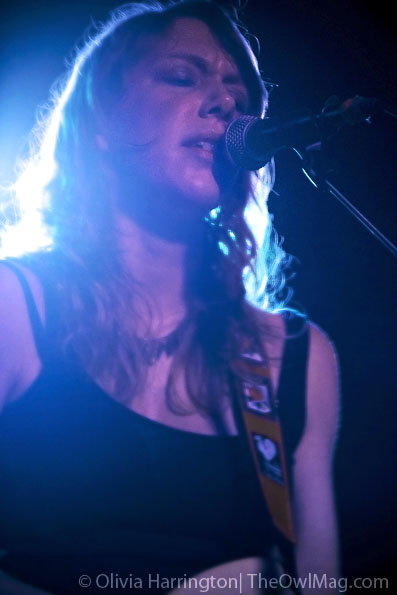 Although adorned in simple black tank-top, Wawerna wore many of her influences on her sleeve, though their stitching never lay perfectly straight. It is easy to spot the culprits, the hint of Malkmus, the dash of Phair. Neko, Veruca Salt, Squeeze, Hynde, they’re all guests around the dinner table. However it is Wawerna who is clearly the host. 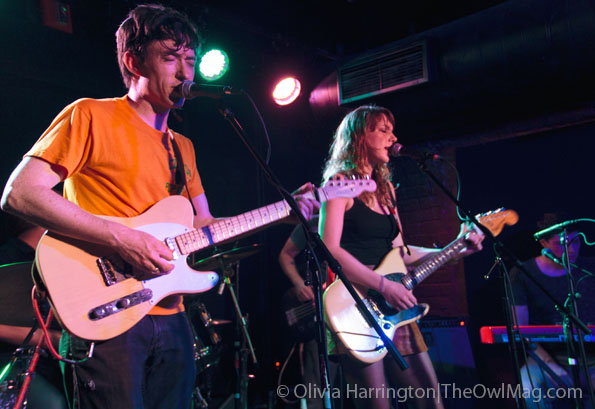 There’s quite a bit of wooing in Wawerna’s tunes, both in vocal tendencies and alluring lyrical prowess. But this isn’t a performance of batted eyelashes. If anything, Wawerna is raising an eyebrow at the absurdity of it all, taking a jab while still providing enough inconspicuous hopefulness to balance the sting. Paired with the infectious joy and occasional jumps of guitarist Clint Newman, a live performance of BoY expresses the same dynamic in which the songs were written: the battle between growing up and feeling left behind, the exuberance of youthful awakening and the harshness of lost oblivion, between between staying in the comfort of backstage or the challenge of getting front and center. 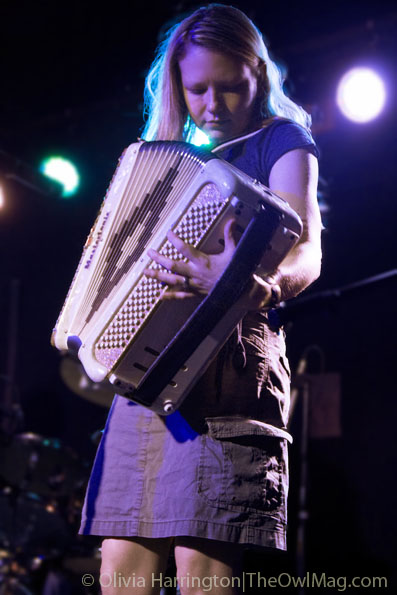 While contrary to much of what has already been said, it would be lazy to only understand Wawerna as a product of some sort of duality; jangle pop versus monotone detachment, writer and musician, on and offstage persona. Humanity in itself is a complexity of many layers; Wawerna should be no different. But it is the space between, the various layers that she occupies, that makes her compelling. Within her dichotomies lay a wealth of stories, a lifetime of experience and what could be seriously daydreaming fuel for any audiophile. And Wawerna has her tales backed up by some heavy hitters. Once outing her decade long secret of musical talents, the first nudges of encouragement came from Timothy Bracy and when the push to produce became a reality, Will Sheff and Phil Palazzolo were there to help. This comes along with record guest spots from those who have names like Nada Surf, the Wrens and the National in their resume. But the brilliance of Wawerna is that she need not rely on any of that. Her songs, scribbled , are exactly that: her’s. While Bird of Youth may have been helped by those who came before, Wawerna soars on her own. 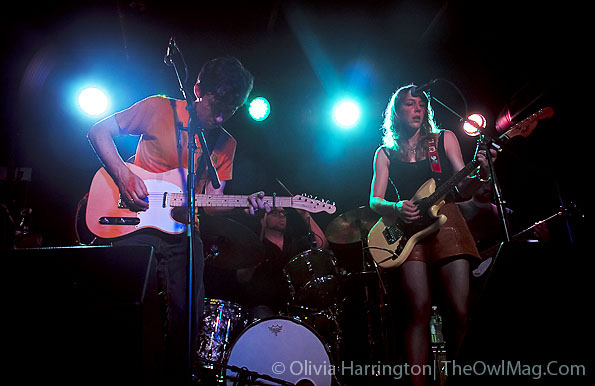