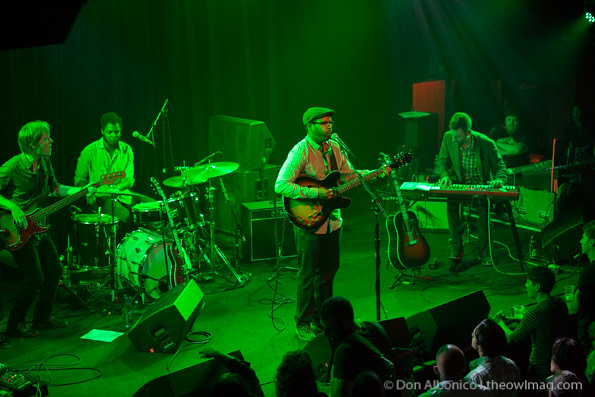 Between the Warriors winning their first championship in 40 years and a Pride Weekend bolstered by a landmark Supreme Court ruling, the Bay Area has had plenty to celebrate. The near capacity crowd for Bhi Bhiman at San Francisco’s The Independent emanated warmth from the moment we entered. The slightly belated album release party for the ambitious Rhythm & Reason was an energizing night of cerebral soul. 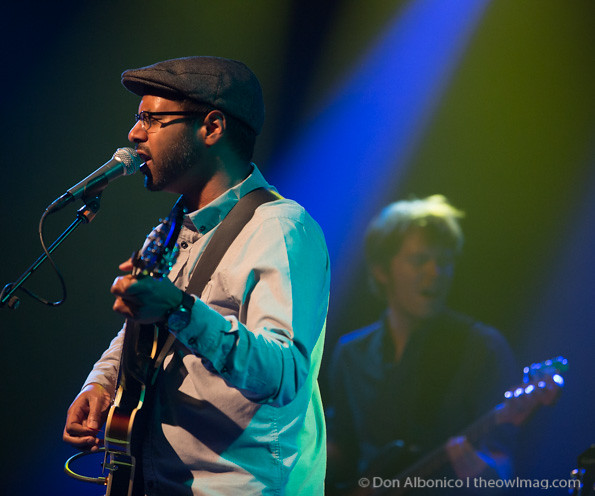 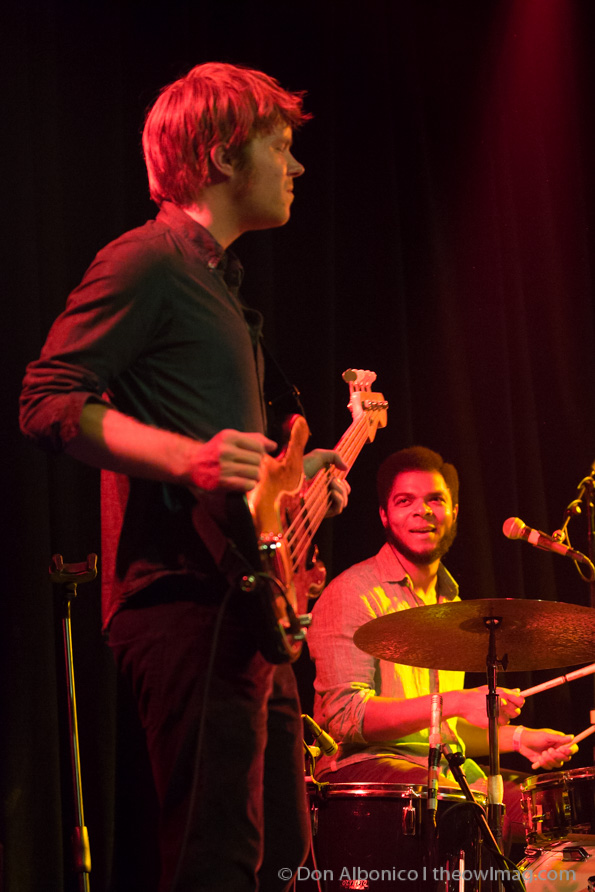 The Owl Mag has been down with Bhi for years, and it has been wonderful watching his fan base slowly but steadily grow. Opener Ol Silver Tongue jokingly lobbed a crass threat at anyone who dared chatter through Bhiman’s set, though he probably didn’t need to do so. Though the usual amount of alcohol-fueled hubbub and smartphone distractions were present, the audience response was more than respectful. 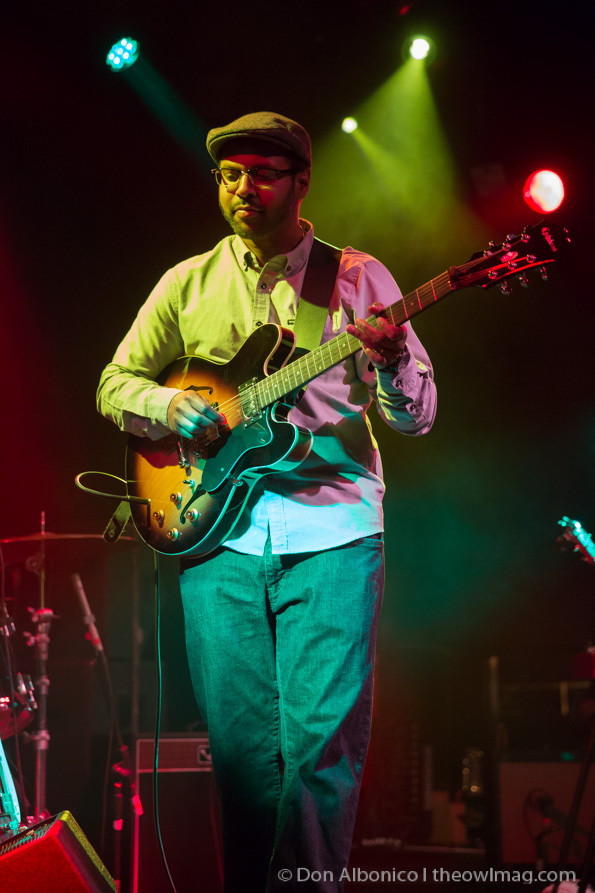 “Woo!”s erupted from the crowd the first time Bhiman sang at full voice, not out of recognition of any tune but out of high esteem for his striking, smooth tenor. Featuring almost every track from Rhythm & Reason and a light-hearted cover of Gnarls Barkley’s “Crazy,” the setlist was a sleek amalgamation of protest folk, smoldering funk, and even a touch of ska in the bass/organ interplay. 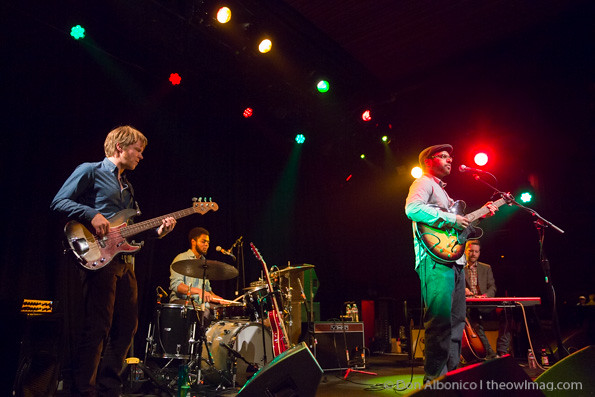 “The Color Pink,” an imagined conversation on same sex marriage between Pop Staples and Jerry Falwell, was moderated by some impressive fingerpicking. Bhiman replaced the closing guitar melody on “Death Song” with his own penetrating whistle. Crowd din dwindled dramatically during “Up in Arms,” a morose but beautiful ode to a revolutionary tragically losing focus. You couldn’t quite hear a pin drop, but Bhi still had us in the palm of his hand. 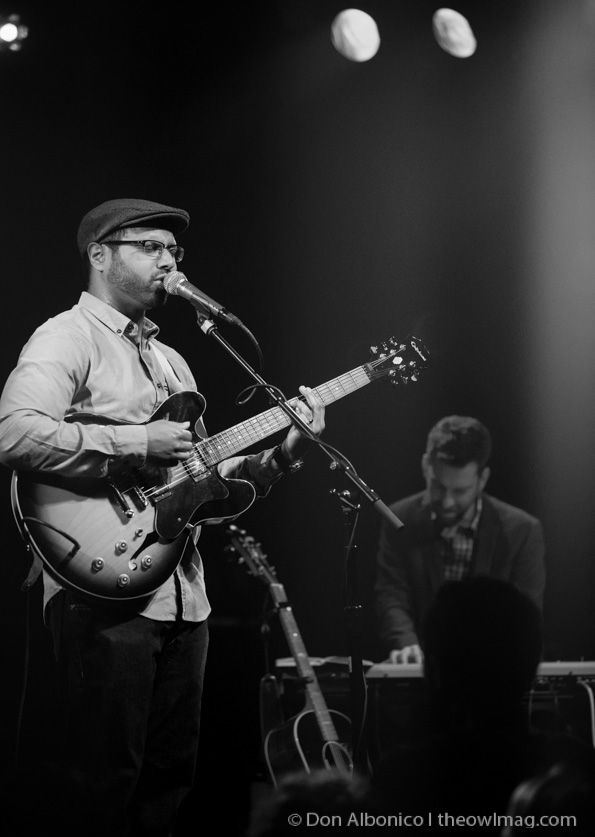 Bhiman’s no-nonsnse song intros allowed his insightful lyrics to do the explaining. Romanticizing Black Panthers and waterboarding in the same hour flirts with inflammatory contradiction, but Bhi’s sparkling intellect and gracious demeanor reinforced the satire he draws out of good intentions gone awry. 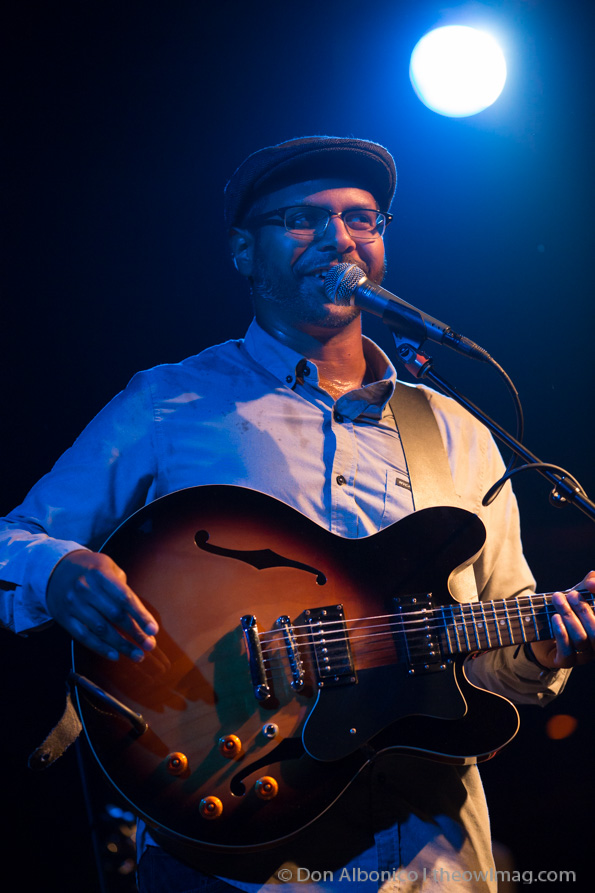 Whether seated or standing, everyone at The Independent got moving to the boisterous one-two punch of “Moving to Brussels” and “Bread and Butter.” The refrain of the latter is basically Rhythm & Reason’s central thesis: “we know when to work, we know when to party.” Cheers to Bhi Bhiman for counteracting the summer deluge of “turn your brain off” cheap thrills with some sorely needed “turn your brain ON” entertainment. 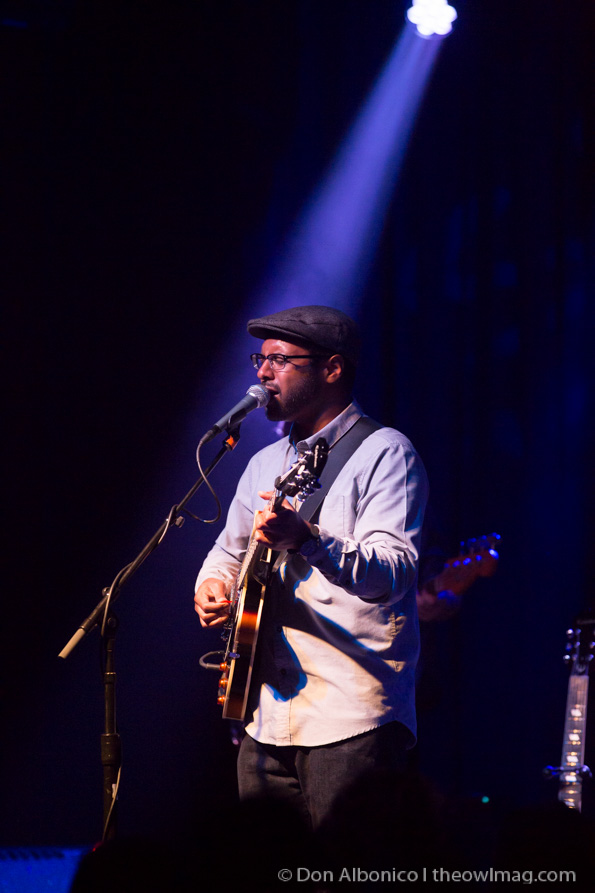 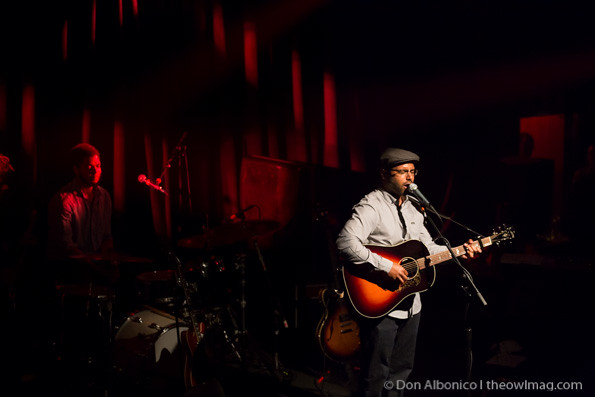