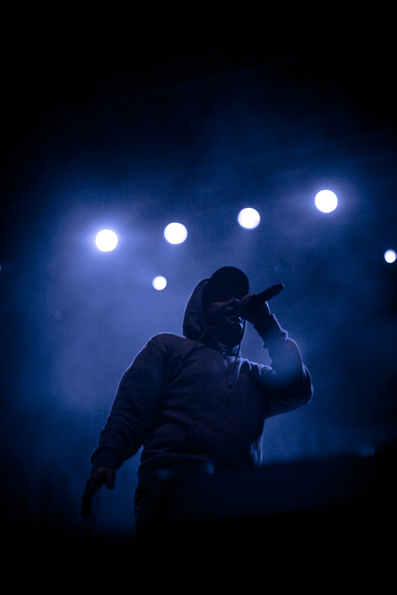 After becoming part of Atmosphere‘s extended family of thousands at the Greek theatre in Berkley, I am quite upset that he hasn’t called in recent days. Not knowing much of his catalog and only hearing his most recent release Family Sign on the way to the show, he personally forgave me (and the others in attendance) for my wayward ways and performed as if he were one of the Bay Area’s own. He’s not. See: Minneapolis, Minnesota 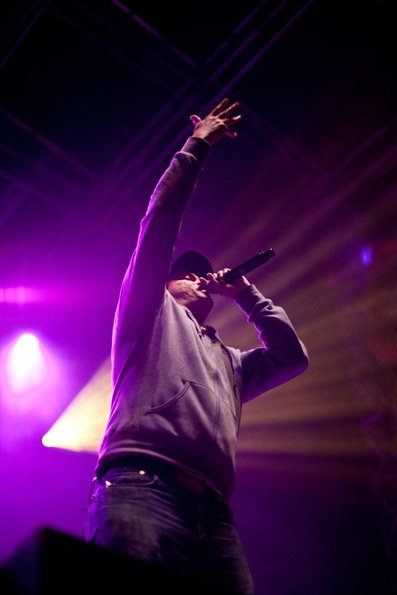 Over the years, rapper Slug and producer Ant (given names at birth I presume) have been releasing albums that range from ‘angrier than Eminem’ to ‘sweeter than Sade.’ And now, they’ve brought the music and lyrics back to focus on what matters most. Getting together, enjoying one another’s company and calling those closest to you what they really are, family.

“Let’s be honest with each other. This event and evening is probably the
closest any of us are going to get to church.”
– Slug

Throughout a whirlwind evening, Atmosphere highlighted popular tracks from their 11 album catalog, and told a story. Highlighting failed relationships, being a father and taking in their success as thousands cheered, Slug proves that he is just as human as you or I.

He’s experienced heartbreak and made bad decisions just like all of us. And instead of rapping about money, bitches, guns and ho’s, he opens up his diary and says what no one else will. The truth, as he sees it. 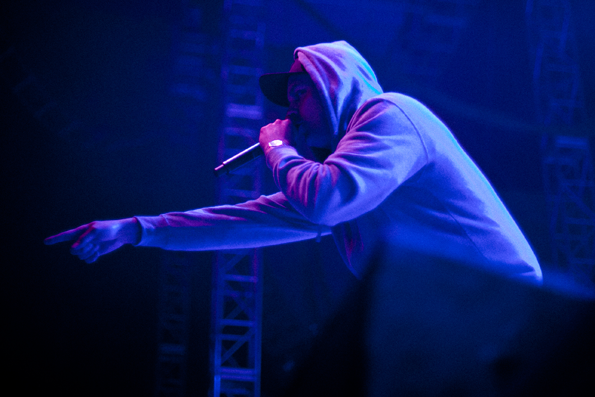 And that night, like no other performer I’ve seen prior, Slug actually talked with his fans, not at them and gave thanks. He proved that there are actually music acts out there that give a damn about their fans, and not just for the dollar. He went as far to invite us to sunday brunch (not really). So, thank you Atmosphere for inviting me into your family, your community, your posse. I’m still waiting on that phone call.

All photos by Dustin Shey. 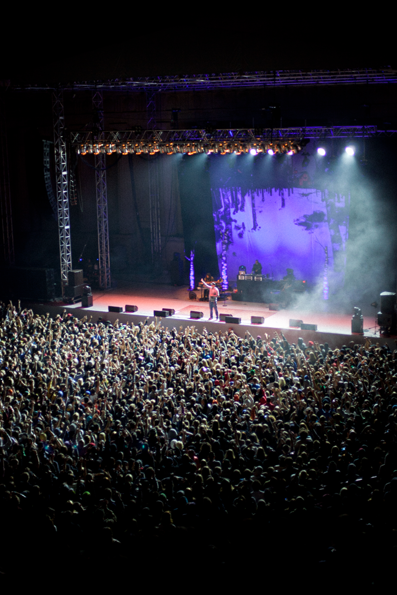