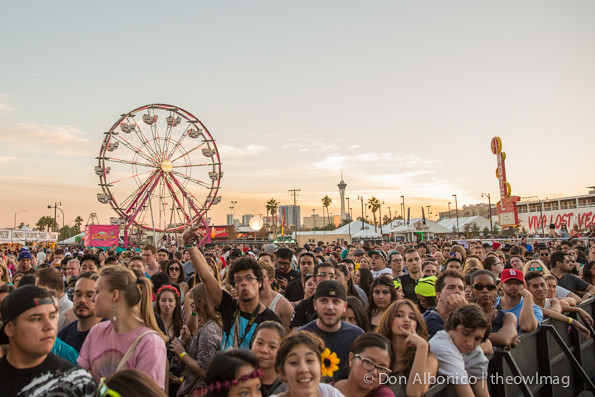 With the sun shining in all its glory, festival attendees enjoyed a second day of beautiful desert weather in Las Vegas, Nevada. Somehow getting up for an early interview with rising pop star Charli XCX, this Owl arrived to Life Is Beautiful craving more good vibrations. Wandering the city streets of downtown Las Vegas with art and music in every direction was overwhelmingly fun. The sea of faces that filled the urban oasis was a gorgeous force that came together with only the best intentions. See you next year at Life Is Beautiful. 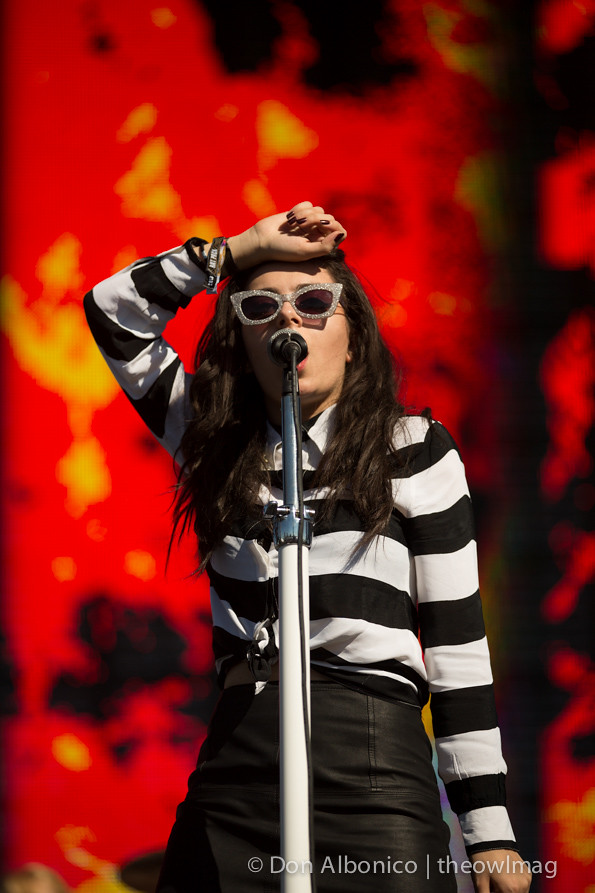 A laidback girl who explodes with energy on stage, Charli XCX kicked off the last day of Life Is Beautiful in style. Accompanied by an all girl band with matching black and white outfits, the budding British pop star showcased her knack for writing sexy pop ballads influenced by heavy electro and soulful hop-hip. Her sweet voice flowed over edgy hard-hitting beats that pumped up the screeching crowd who knew almost every word to her catchy single “Ha Ha Ha.” The ultra hip singer maintained an aggressive stage presence throughout especially while performing Icona Pop’s hit single “I Love It,” a song written by the gifted Charli XCX. 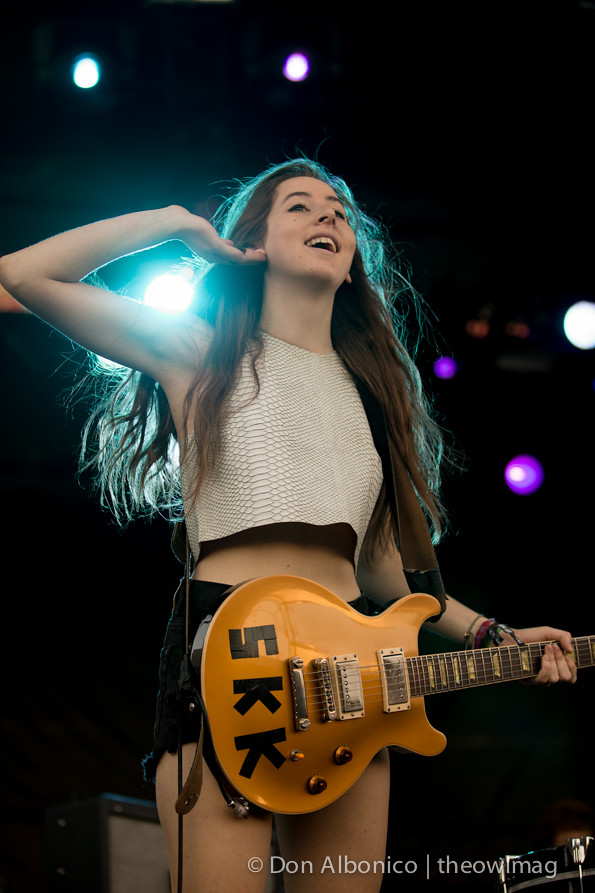 Global girl power is in full force. Several quality female acts rocked the stages of Life Is Beautiful, yet the three Los Angeles sisters of breakout band HAIM may be currently holding the title of the hottest act in music. But do not be fooled by the striking looks, these chicks are badass. Shredding through tracks from their album Days Are Gone, HAIM possessed a confident precision that got the crowd moving. Las Vegas makes people want to do a lot of different things. The sisters of HAIM admitted Sin City made them want to slap bass and find trouble, a mixture that produced a stellar set. 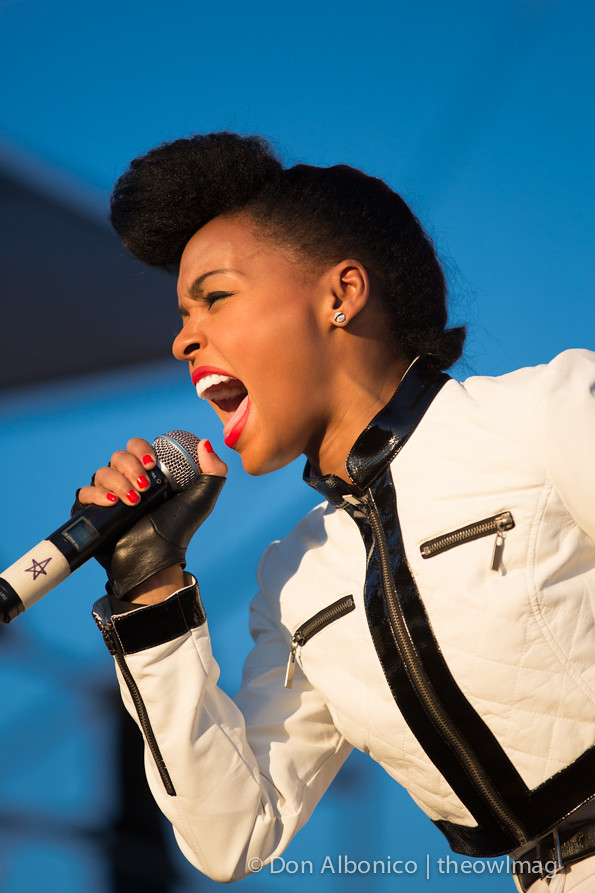 With the help of synchronized dancers, a theatrical hype man, and a horn section to round out a full band, soul singer Janelle Monae puts on a show in the truest sense. Commanding the stage and audience, the petite yet rambunctious artist performed her sexy R&B tunes in time with choreographed dances. Attracting the most diverse crowd of the weekend, the performance was more of a musical than a concert. Covering Jackson 5’s “I Want You Back” in between belting out her own groovy jams, Monae brought a throwback vibe into the future that left a lasting impression. 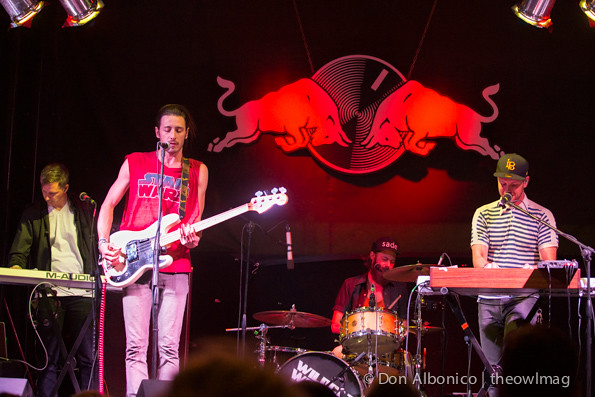 Wildcat! Wildcat! jammed out on the Red Bull Sound Select Stage for a handful of people who stumbled across the catchy soft rock and fans who knew of this band’s inevitable sky rocket into the hearts of the masses. Good vibes permeated into the night as the Los Angeles indie pop group grooved out inspiring couples in the crowd to hug and kiss one another. The band quickly transitioned between songs to leave time for a proper conclusion featuring their addictive hit “Mr. Quiche.” When all was done, the drummer hugged each band member in one of the many special moments from Life Is Beautiful. 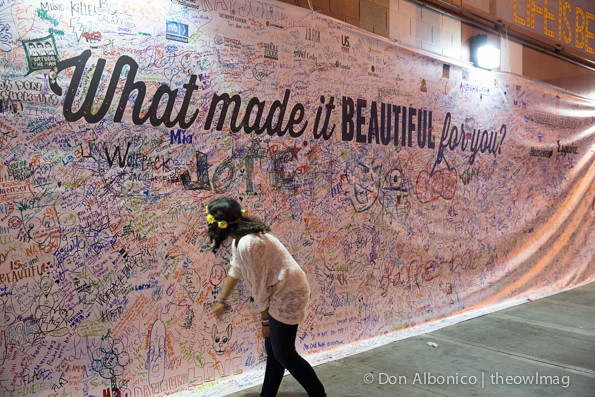 Check out more photos of the festival in Sin City HERE!