With new beginnings come anxiety and uncertainty, two emotions surely felt by the organizers and supporters of the inaugural Life Is Beautiful festival, a multidimensional experience in Downtown Las Vegas showcasing today’s stars of music, food, and art. An unprecedented fifteen city blocks were shut down to feature more than 70 bands, 50 chefs, and over a dozen world-class artists over the weekend. After years of redeveloping, the bars and businesses of downtown were finally ready to show the world the new face of old Sin City. As a Las Vegas native, this Owl was nervous and jumped at the opportunity to support by encouraging beer sales throughout the weekend and reporting the fun from the festival. All doubts were ultimately put to rest as the massive block party was a resounding success with all involved leaving with smiles, stories, and plans to return. 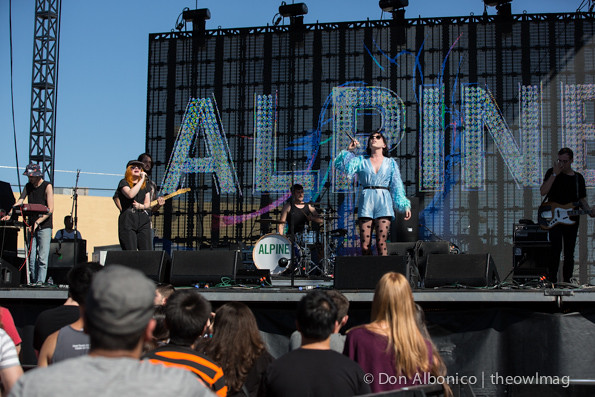 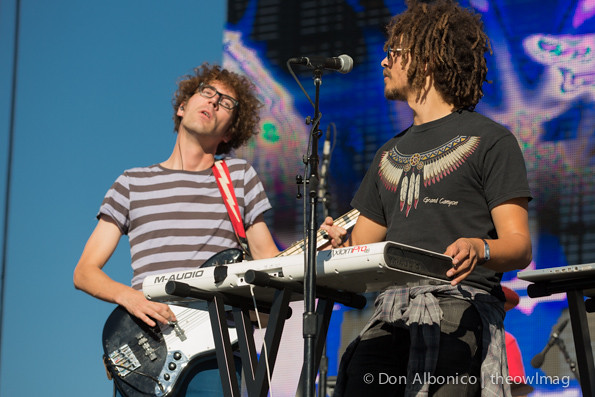 The daytime disco of Los Angeles act Poolside provided perfect refreshment like a tall glass of sweet lemonade for attendees, who quickly forgot any heat related qualms. Tracks blended into one another to create a nonstop funk rhythm of dreamy synths and deep bass that was thoroughly enjoyed for those at the Ambassador Stage in the early afternoon. Even a gentleman clearly boiling in a full body tiger suit couldn’t stop grooving to the band’s seductive jam “Next To You.” A brief breeze swooped through during the performance to righteously accompany Poolside’s own successful efforts to cool off the crowd. 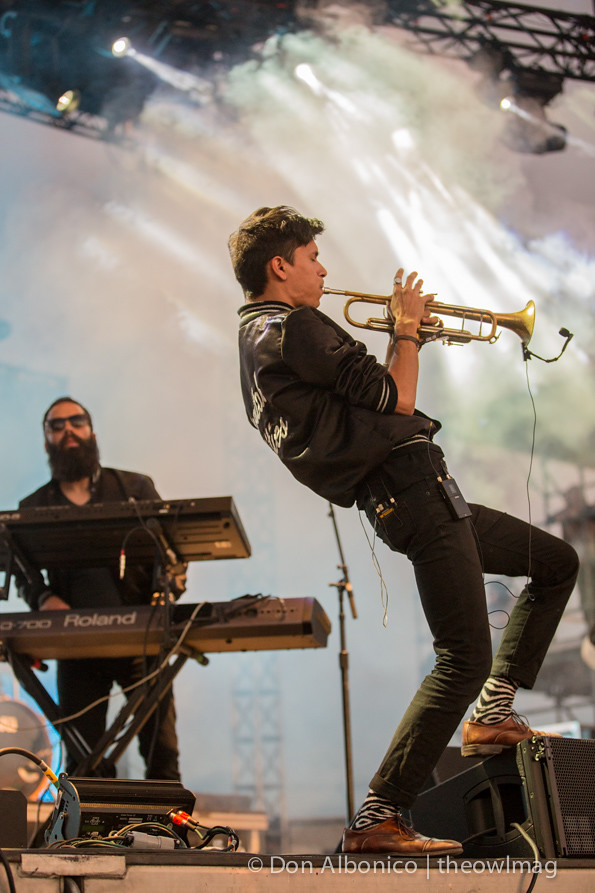 Everyone loves a good horn, and LA dance band Capital Cities has a fantastic one, which helped throw down the biggest dance party of the weekend. In between performing hit after hit from their debut album, the band rocking matching black jackets covered the Bee Gees classic “Staying Alive” proclaiming the legitimate revival of disco. At one point, a beautiful brunette with a dazzling smile took a moment to catch her breath and yell out what everyone was thinking, “This is too much fun!” As the Capital Cities song Farrah Fawcett so eloquently explains, you know it when you see it. You know it when it’s there. Like Michael Jackson Thriller. Like Daniel Day Lewis. Like Nutella. It’s good shit. Go ahead and add Capital Cities to that list. 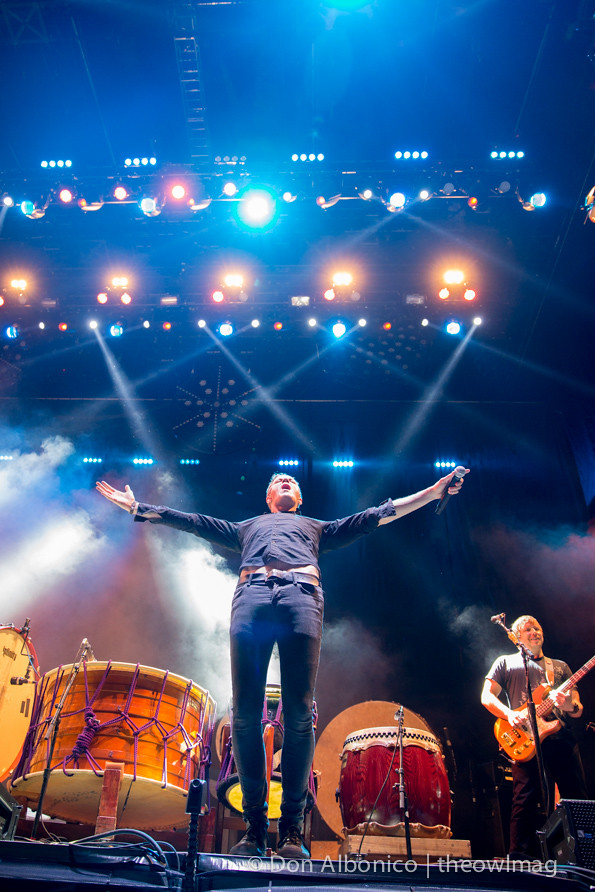 The organizers of Life Is Beautiful wanted to first and foremost create a festival for locals, so a performance by the sudden superstars of Las Vegas group Imagine Dragons was highly anticipated. The colossal main stage was jam-packed to witness the band’s grandioso rock on a proper platform. Accompanied by massive wooden drums and Cirque du Soleil dancers, the over the top production felt just right for a band from a city that only knows extravagance. Stories of humble beginnings that only Sin City natives would appreciate set up powerful sing-alongs to the band’s several smash hits particularly “Radioactive.” In front of thousands, Imagine Dragons put on a show that solidified the weekend as a special moment for the new age of Las Vegas. 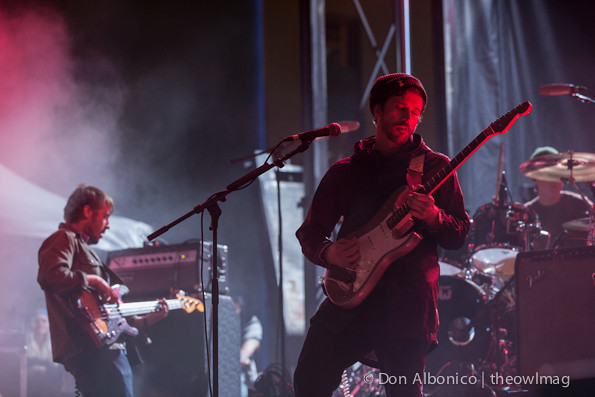 Hailing from the wild of Alaska, the psychedelic rockers of Portugal. The Man create a unique atmosphere during live shows that propels their recorded songs to another level. The band’s late night set at Life Is Beautiful was no exception. Hidden behind dim lighting and billows of smoke, Portugal. The Man jammed favorites such as “People Say” and “Work All Day,” slipping in a powerful cover of Pink Floyd’s “The Wall.” Songs from their new album Evil Friends complimented the band’s discography nicely to produce relentless soulful grooves that left the crowd wanting to live in ecstasy. Portugal. The Man inspires hope for the sinful, so this performance was the perfect nightcap for those who call Las Vegas home.

Check out more photos of the festival’s maiden voyage HERE!