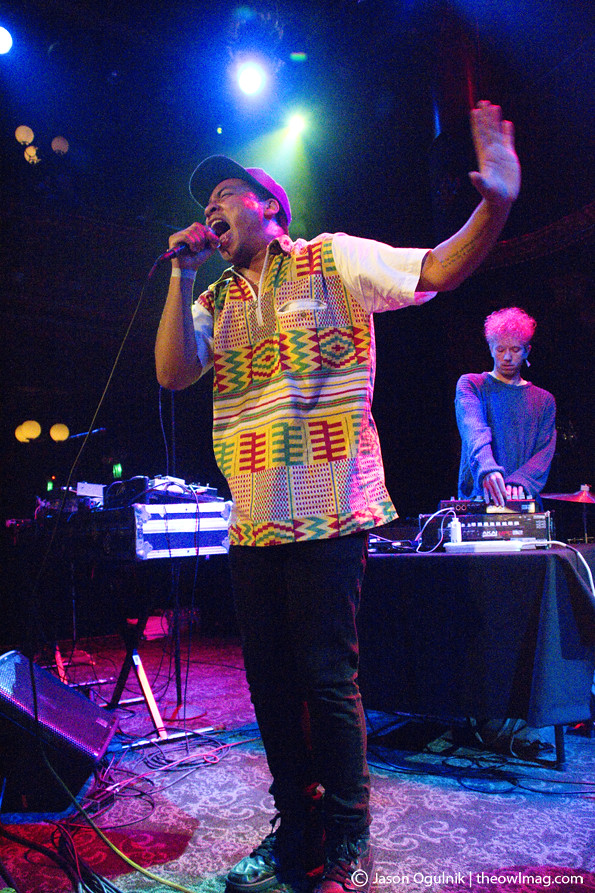 Cadence Weapon was a good opening act and closed his set with a badass freestyle over Meek Mill’s “House Party” beat.

The last time I saw Angus Andrew and crew, Angus was dealing with a bad back and had to sit down for much of the set at Slim’s in SF (2008), which cramped some of the kinetic energy that they band is known for. No apparent physical maladies affected the band for Thursday night’s show in the Bay Area. The GAMH got a little crazy.

After a brief delay, the former students from LA’s prestigious Cal Arts took the stage in all of their unnerving and spooky glory. The set began with the melodic “The Exact Colour of Doubt” from the recent album WIXIW (pronounced “wish you”). After a few tracks from the WIXIW record, the insane “Let’s Not Wrestle Mt. Heart Attack” from 2006’s Drum’s Not Dead broke into the set and completely changed the mood and tempo. The crowd went from head nodding coolness, to spastic moshing as horror sounds and twin drummers shook the venue. 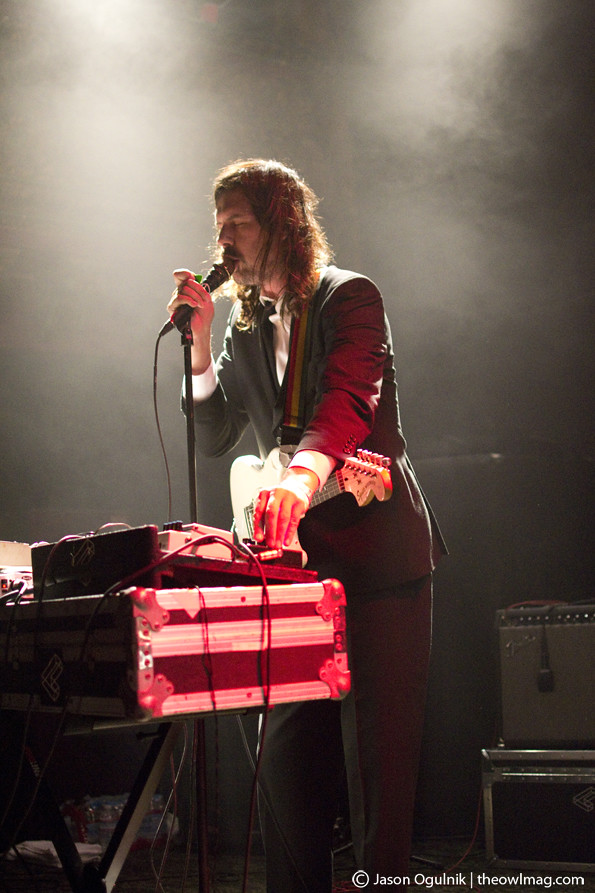 Every Liars album is strikingly different from the last — unless the band played an album from start to finish, it’s impossible for them to deliver a coherent flow and sound live, but that’s part of the fun. The show was never boring and the crowd seemed to enjoy the journey. 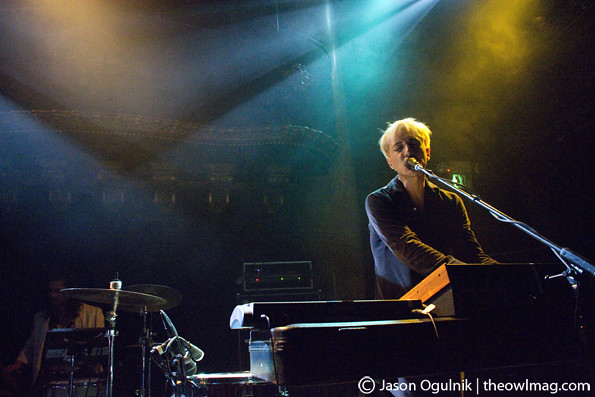 A couple to my right seemed to be tussling when when the band got rowdy. They were jumping into each other for the driving and intense encore’s of “Be Quiet Mt. Heart Attack” and “Plaster Casts of Everything.” As Angus screamed “and I’ll go out of mind” people were racing to get into the mosh pit. A friend that had never seen the band before commented “I didn’t know they still had mosh pits?” Best track of the night was “No. 1 Against the Rush” from the new record hands down. Its electronic layers are the closest thing the guys have made to a pop song in terms of structure. It’s still slightly terrifying, but that’s part of their charm. 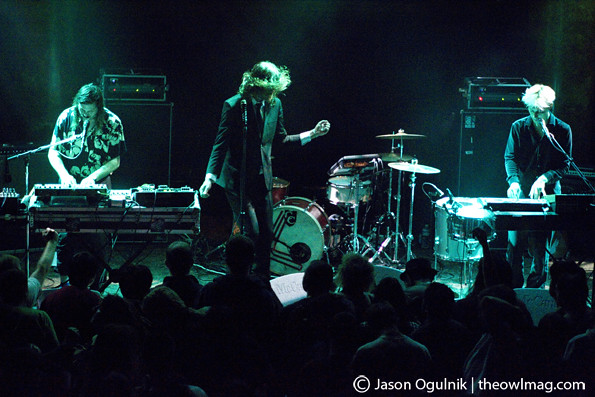 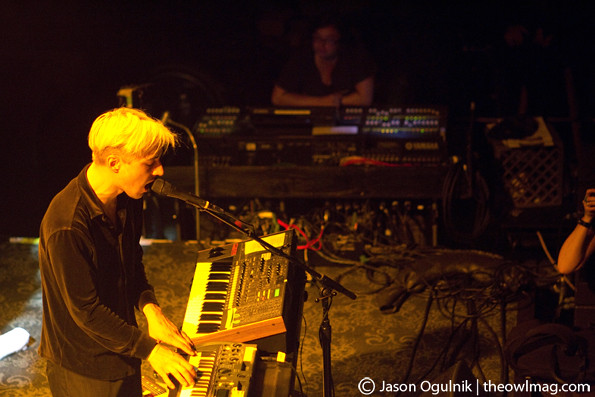 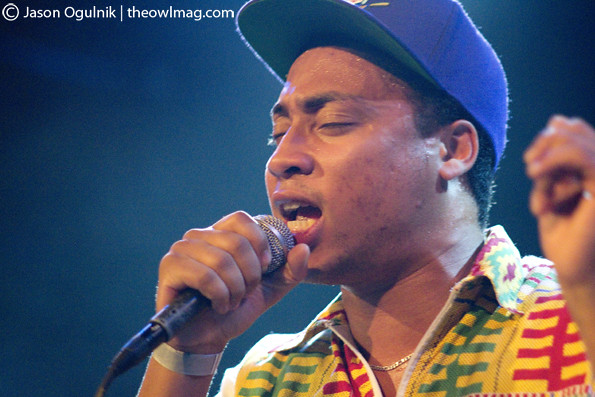