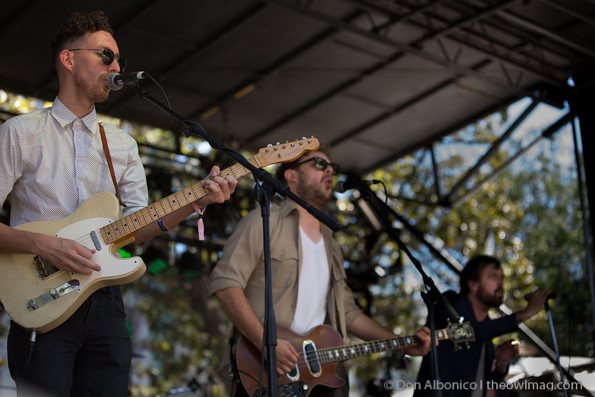 Day 2 of LAUNCH wound up being bigger and better than the previous event-packed day. The impeccably well dressed guys of Los Angeles’ NO kicked off our day on the Tower Stage. Little by little the crowd made its way over clinging to tiny islands of shade and those brave enough to venture into the beaming sun in front of the stage were greeted by singer Bradley Hanan Carter’s sonorous vocals. If you asked Carter who he is most often compared to vocally, more likely than not, the response would be The National‘s Matt Berninger. NO built a name for themselves locally in Los Angeles by getting fans to fall in love with songs off 2011’s EP Don’t Worry, You’ll Be Here Forever. Sunday in Sacramento was no exception and addition to tried and true anthems like “Another Life,” NO introduced new songs “What’s Your Name” and “So Scared” off their forthcoming debut full-length album. 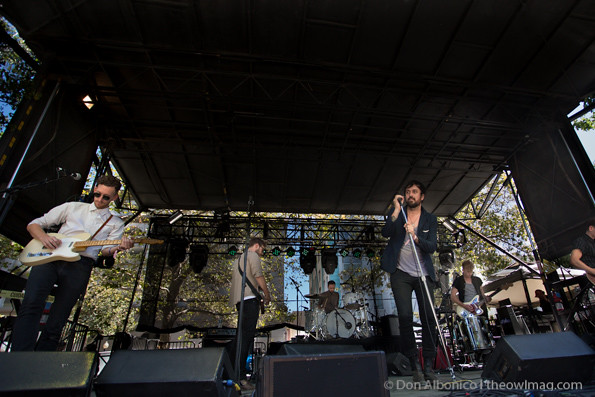 Listening to Geographer‘s 2012 album Myths, it’s not uncommon to think to yourself “this guy’s voice can’t possibly sound like this in real life.” But the moment singer Mike Deni’s voice breaks the sonic plane live, nonbelievers are instantly converted to Geographer’s newest fans. Deni’s ability to transition into soaring falsettos on “Lover’s Game” and come back down to earth in one breath appeared effortless with not one iota of shakiness. Geographer performance on Sunday made it easy for newly exposed fans to vibe them while confirming why long time supporters possess an innate affinity for this San Francisco band’s innovative sound. 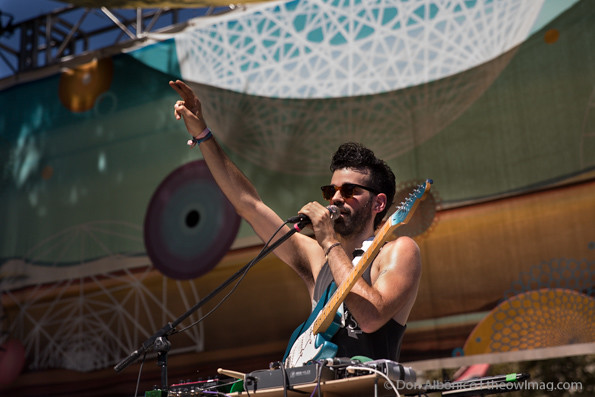 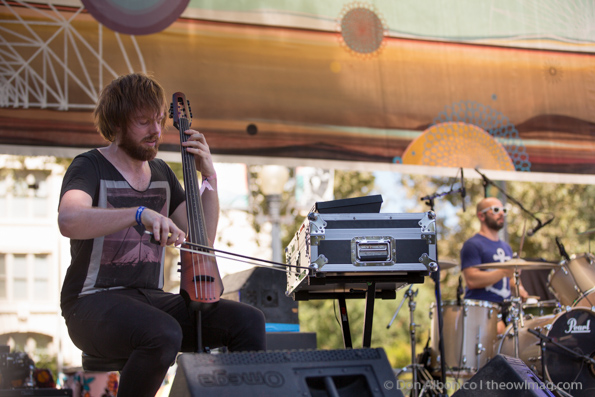 Clad in brightly colored tropical inspired tops, St. Lucia‘s sunny demeanor matched the hot weather feeling of their music. Singer Jean-Philip Grobler knows how to create feel-good synth driven island indie pop not only with carefree dance beats but through the ear smoldering vocal harmonization of Grobler, keyboardist Patricia Beranek, and guitarist Ross Clark on “Closer Than This.” In anticipation of the October 8th release of When The Night, St. Lucia previewed “All Eyes on You” and their latest single “Elevate” off their debut full-length album via Neon Gold. 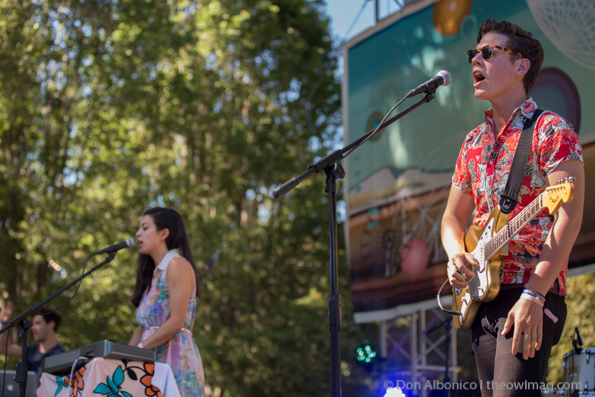 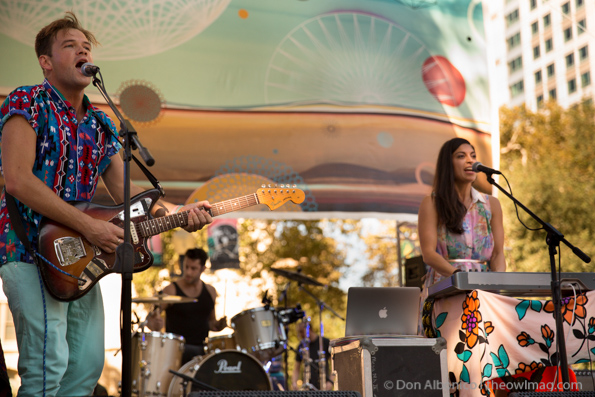 Cults burst onto the scene in 2011 with their self-titled debut album, an album that received a lot of well-deserved hype and attention in the music blogosphere. Sunday marked the band’s first time in Sacramento, or as singer Madelin Follin calls it “The Toe.” Though the band ended up playing a slightly shortened set due to technical difficulties during soundcheck, Cults hit all the high points off their 2011 album including “Abducted,” “Never Heal Myself,” “You Know What I Mean,” and the quintessential summer song “Go Outside” which Brian Oblivion dedicated to Washed Out. Follin’s vocal development was apparent with the perfect balance of strength and sweetness. Look for a more mature sounding Cults on their new album Static set to release October 15th. 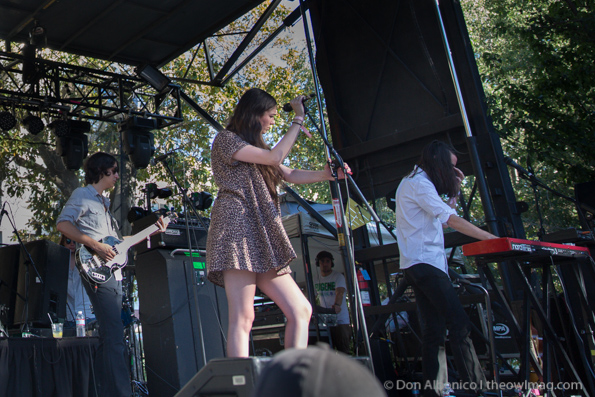 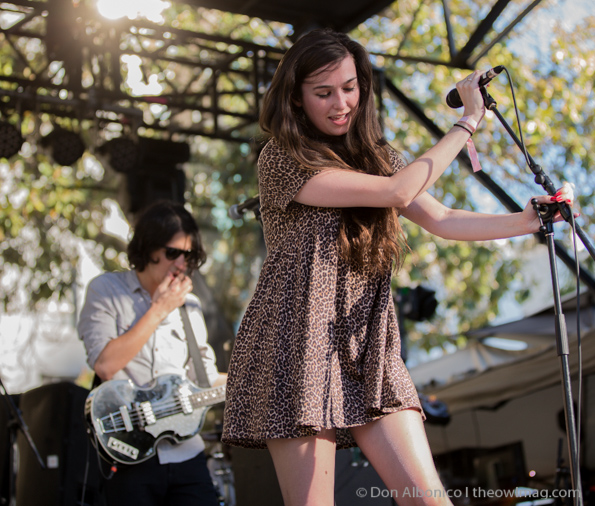 Over the course of the weekend, we overheard numerous people say that they were most looking forward to seeing Ernest Greene and Washed Out. With the stage set up as a luscious garden of Eden resembling the cover art of Paracosm, the crowd was left patiently anticipating the start of the band’s delayed set. However, once Greene took the stage during “Entrance” all became right in the universe. Armed with his acoustic guitar, most of the songs on the abbreviated setlist were off Washed Out’s most recent album. When compared side by side, there is an obvious resemblance between Paracosm and Within And Without that is difficult to pin down. But seeing Greene perform tracks off both albums live, the connection woven between the albums became apparent. Paracosm is the album you listen to in the morning when you yawn to greet the new day and Within And Without is what you listen to late at night after a long day of living. 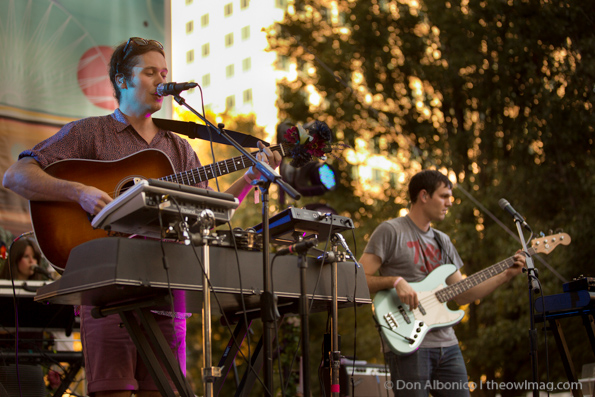 Many of the bands earlier in the day commented how Blonde Redhead influenced and inspired them to make music. With a catalog that spans over a decade of ever changing trends in the New York music scene, the trio of Kazu Makino and twin brothers Simone and Amedeo Pace have remained at the forefront of envelope pushing with their raw guttural noise rock. There was a pleasant voyeuristic quality in watching Blonde Redhead perform – a quality that capitalized on the one-sided nature of the interaction. Engrossed in their own secret world they’ve built over the years, watching Blonde Redhead was like spying on a secret tryst between Makino and partner Amedeo, where we derived our pleasure from seeing them and they got pleasure existing amongst themselves. 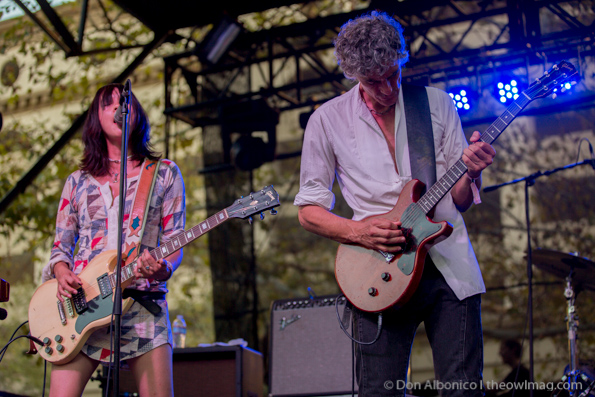 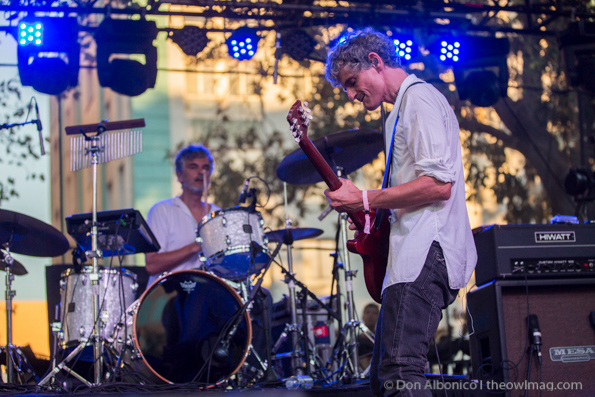 Imagine Dragons are the undisputed kings of Las Vegas. Since releasing their 2012 debut album Night Visions, Imagine Dragons have been touring relentlessly propelling themselves into the realm of international stardom. Due to the city of Sacramento’s noise curfew, the set felt incredibly rushed and two of the planned songs on the nine song setlist “Rocks” and “Cha Ching” had to be cut from the set. Despite only having 45 minutes with them, Imagine Dragons had the Sacramento crowd eating out of their hands. Singer Dan Reynolds was incredibly charismatic and commanded the stage like a seasoned veteran. Similar to the Gold Fields set the prior day, the amount of touring Imagine Dragons has done over the past year showed in the band’s refined performance, yet nothing about it felt contrived or forced. The authenticity in the contained chaos that is Imagine Dragons enthralled the crowd and left everybody hoping for their return to Sacramento in the not too distant future. 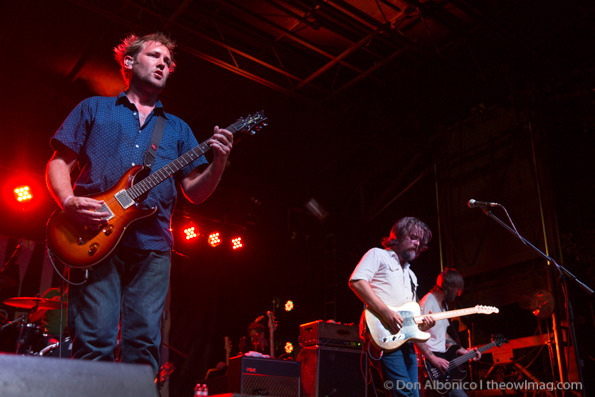 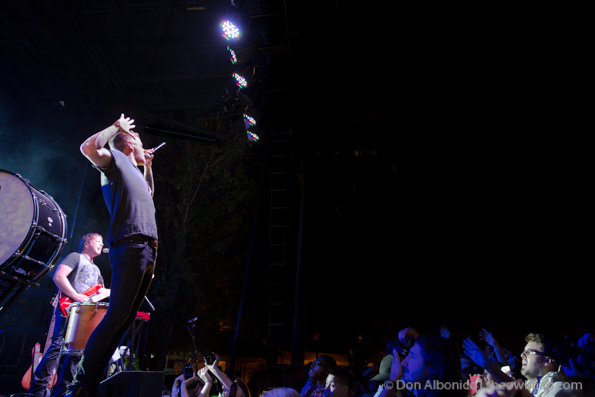