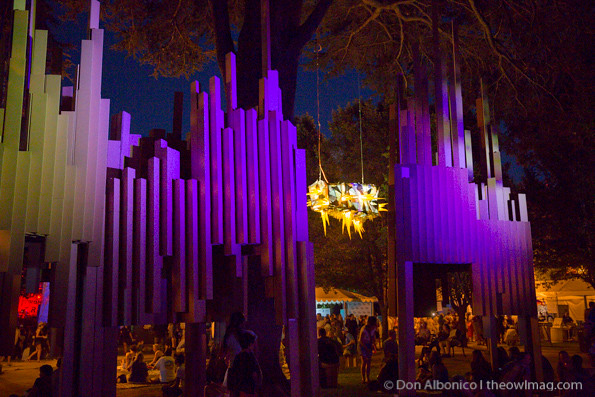 The five-day art, fashion, and music event in Sacramento, better known as LAUNCH, is a festival that celebrates the intersection of these three life-influencing mediums of expression. This year, the music festival returned to Cesar Chavez Plaza in an expanded two-day format and boasted a more expansive stage set up, an eclectic array of local fashion vendors, a series of locally created festival posters, and an immensely well-curated lineup. 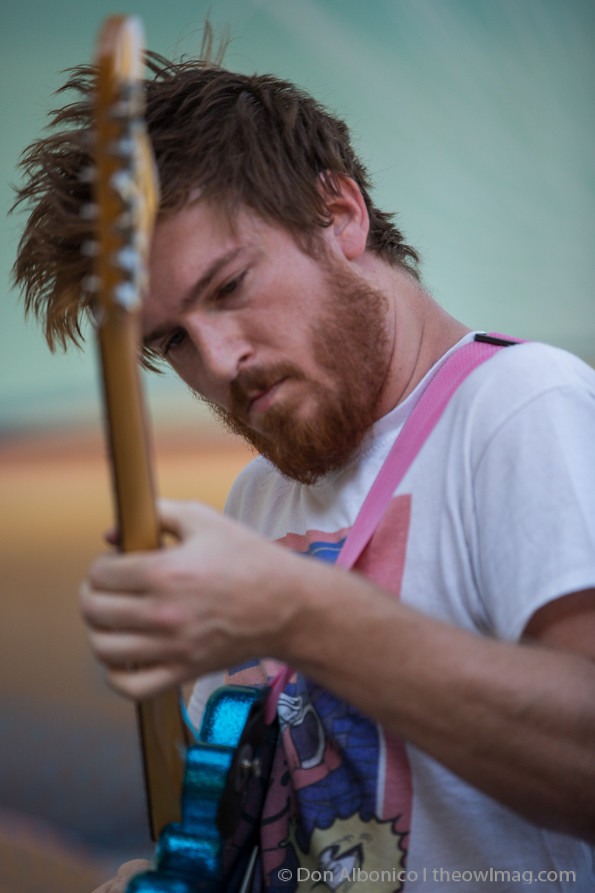 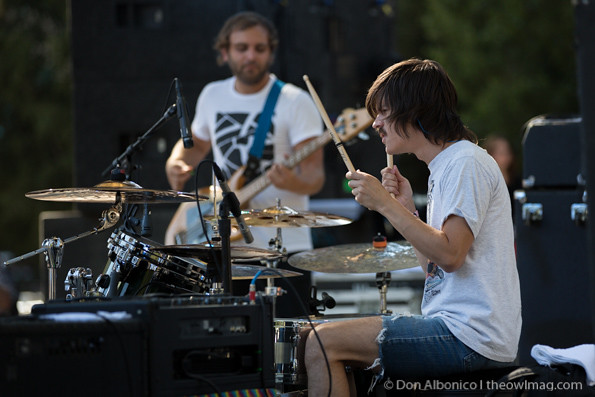 Saturday kicked off with a mix of Sacramento-bred bands including Doombird, Paper Pistols, and Tera Melos. Exquisite Corps is a band that has distinguished itself from the rest of the Sacramento pack with its version of indie-Baroque-chamber pop. The live performance in the band’s own unique genre wove a dramatic theme throughout the set with tension building in the frenzied crescendo of violins that erupted into Bryan Valenzuela’s deliberate vocal delivery at the apex of a song. Despite playing in an early afternoon slot on a hot end-of-summer day, Exquisite Corps’ tendency towards the dark and moody made the air feel crisp, as though Autumn was swiftly approaching. 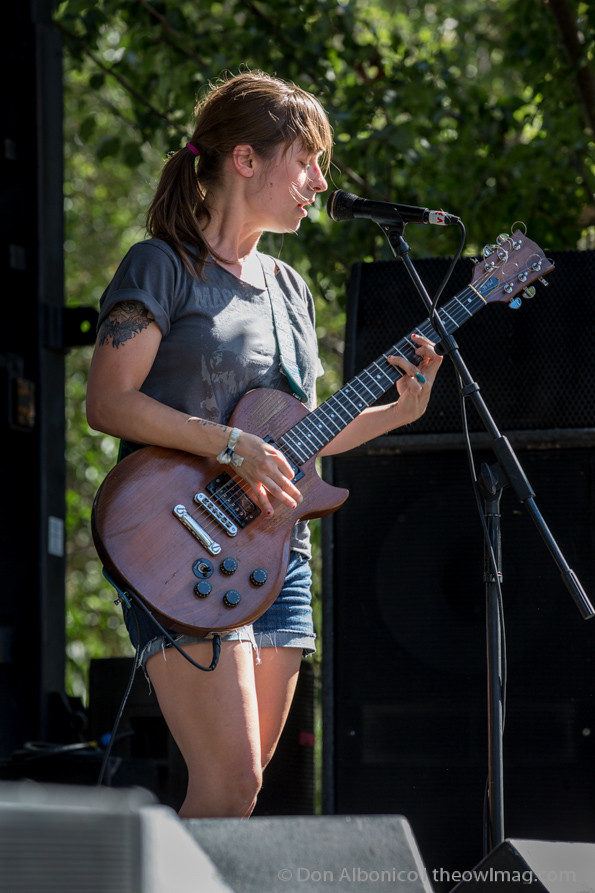 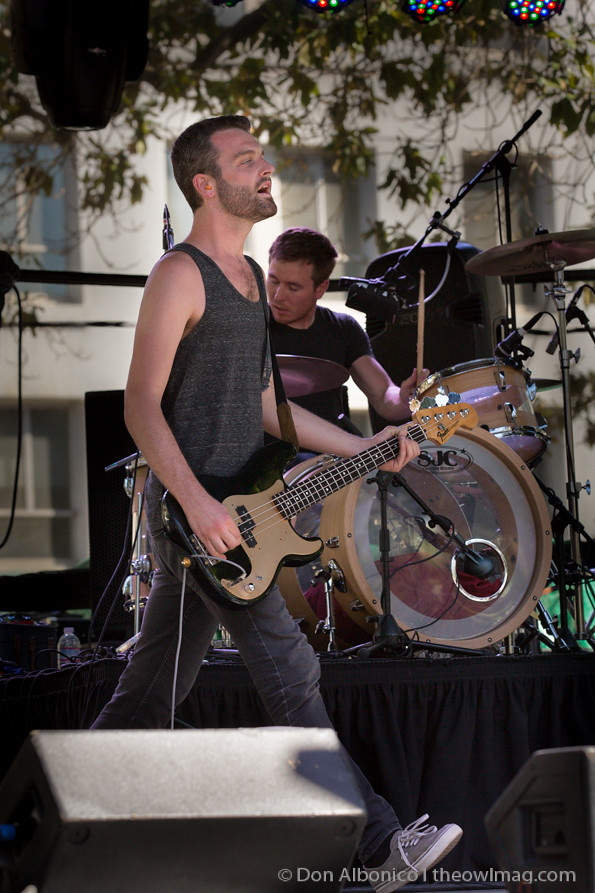 Lemuria is a supposed lost land formation somewhere in between the Indian and Pacific Oceans. Lemuria is also a trio of musicians based out of Buffalo, New York whose one-word band name was inspired by drummer Alex Kerns’ interest in the mythology of lost continents. The band drew a number of comparisons to ’90s pop-punk-emo bands like Jets To Brazil and Jawbreaker given their straight forward instrumentation – drums, bass, guitar – but Lemuria isn’t just a throw back ’90s band. Sure, Kerns and singer/guitarist Sheena Ozzella’s songwriting is rather simplistic, but this band knows how to say a whole lot with just a few lines and underscored tempo changes. Ozzella’s vocals on “Lipstick,” a track written by Kerns about relationship tensions, provided the perfect touch of femininity over Max Gregor’s wide-stanced bass lines. Lemuria’s setlist had a good mix of material that spanned over a half decade of tracks from 2008’s Get Better, the 2010 three-song EP titled Ozzy, and new material from the band’s recent third album The Distance Is So Big. Lemuria will be supporting Titus Andronicus for the remaining part of September 2013. 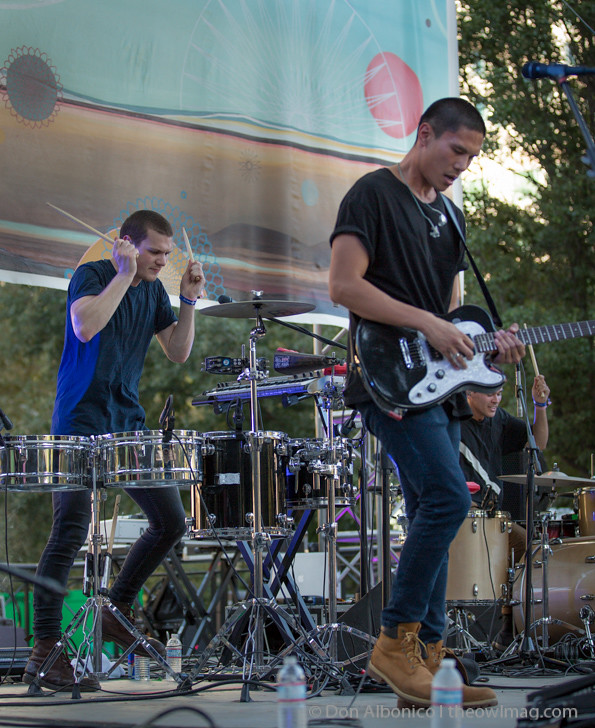 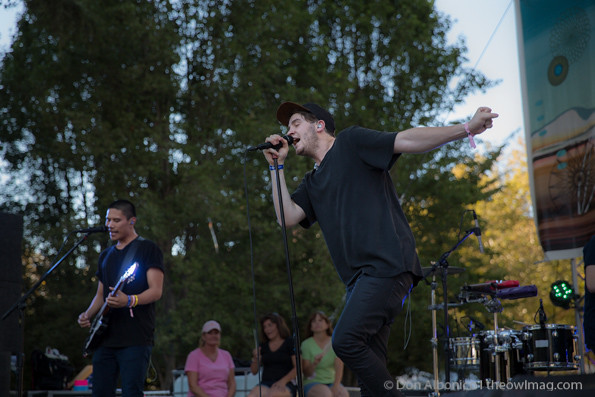 Gold Fields have been on the road for the better part of 2013 touring with Astralwerks label mates Empire Of The Sun and more recently opening for Capitol Cities on their “Dancing With Strangers” tour. The incessant amount of touring and stage time was apparent in Gold Fields’ performance on Saturday – the set was tight, the transitions seamless, and the connection with festival goers was immediate. From the moment the five-member band from the Melbourne suburb of Ballarat hit the stage, they captivated the crowd with their energy and ridiculously catchy danceable beats. Singer Mark Robert Fuller and guitarist Vin Andanar harmonized vocals on “Thunder” were pitch perfect on a vocally challenging song that focused on retrained understated vocals. The live performance of “Treehouse” and “Dark Again” confirmed the often cited “tribal dance” vibe especially given the use of two kits and drum breaks during the Fuller’s languid delivery of the chorus and airy synchronized cooing over chiming electro beats. Keep an eye out for Gold Fields as they embark on their first headlining North American tour this Fall. 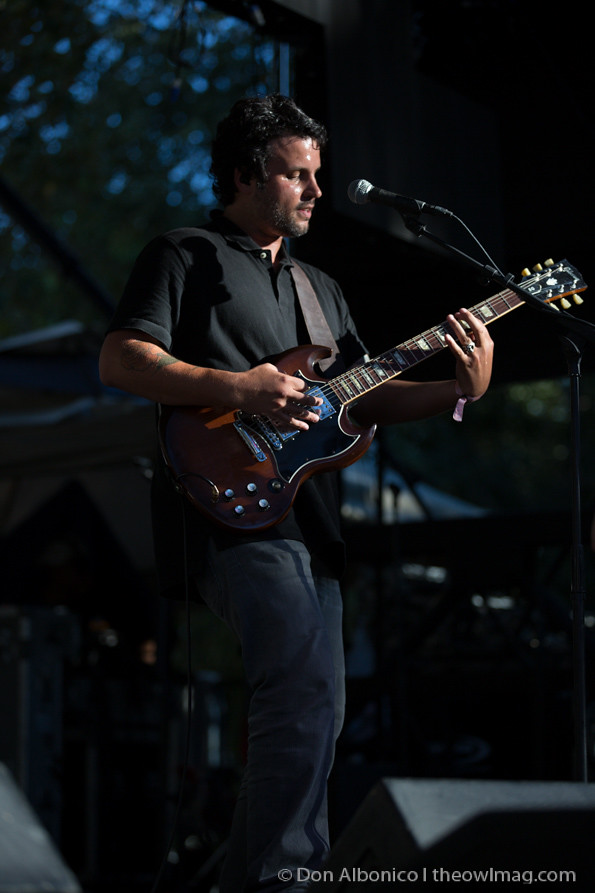 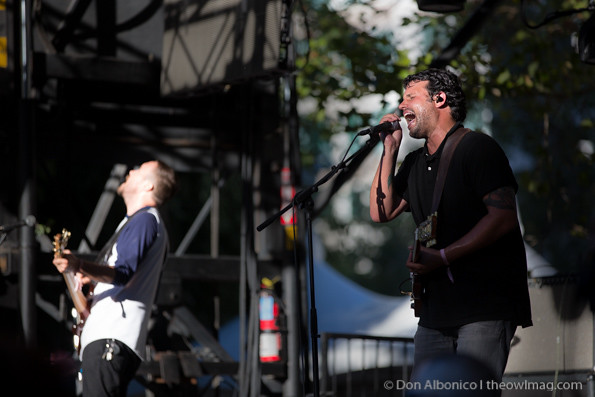 The Bay Area-based progressive rock quartet Dredg haven’t released an album since 2011’s Chuckles And Mr. Squeezy, but bassist Drew Roulette and singer Gavin Hayes confirmed that they will be working on new material in the not too distant future. Dredg is one of those bands who has die hard followers who have been with the band since the release of their first full length album, Leitmotif. Even before Hayes could step to the mic, a voice from the crowd emphatically begged for “Triangle.” Though the band seemed a little rusty with self-proclaimed on-stage screw ups, the set was carried by each member’s phenomenal musicianship and obliging the crowd by playing favorites like “Catch Without Arms,” “Ode To The Sun,” and yes, even “Triangle.” 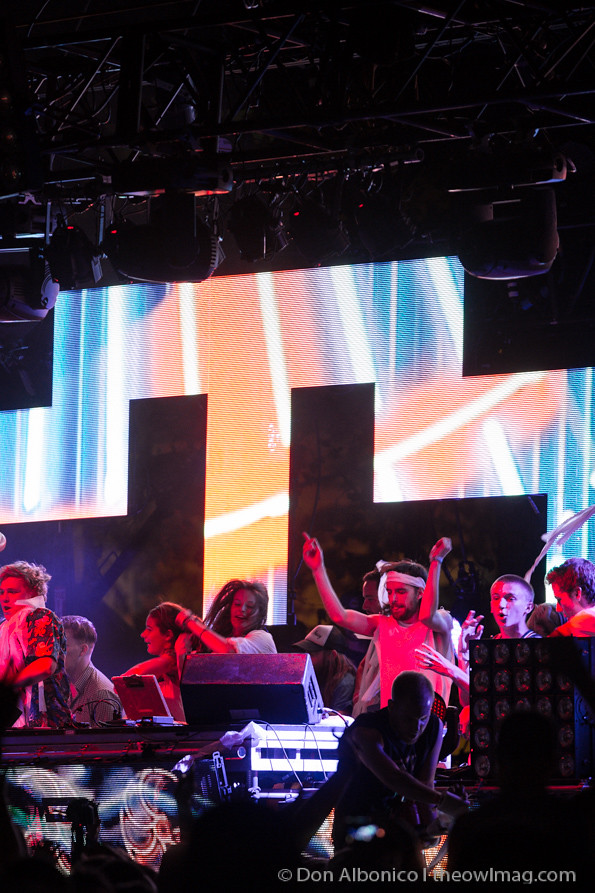 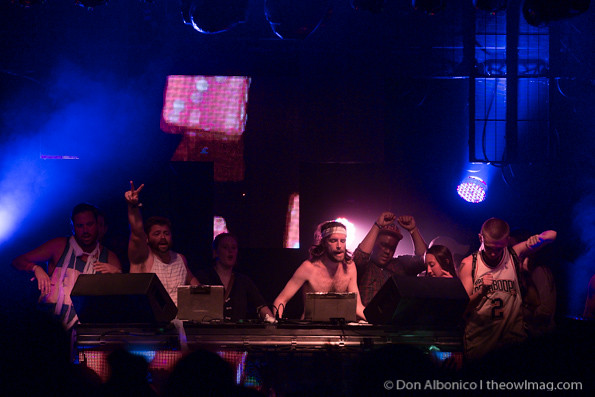 After a long day in sweltering heat, the crowd was rewarded with an amazing set by Girl Talk‘s Gregg Michael Gillis. From digital flamingos to flying pineapples, the visuals displayed on the LED backdrop were as random as some of the mashups conceived inside of Gillis’ brain. In each live performance Girl Talk is known to sample several hundred songs, some obscure and some top 40s hits, to create each set list. With the first press of a button, the stage became inundated with dancing members of the crowd flanking Gillis as he jumped around at an inhuman rate behind his laptop. Toilet paper streaming from the stage, bags of balloons, and confetti were all launched from the stage to mashups of M.O.P.‘s “Ante Up” and Beyonce‘s “Single Ladies,” Arcade Fire‘s “Wake Up” and R. Kelly‘s “Remix to Ignition,” and ODB‘s “Got Your Money” and “Suit & Tie” by Justin Timberlake. After all the sweating and dancing from Day 1 of LAUNCH, we needed to take a cold shower, drink a lot of water, and gear up for an even larger Day 2.