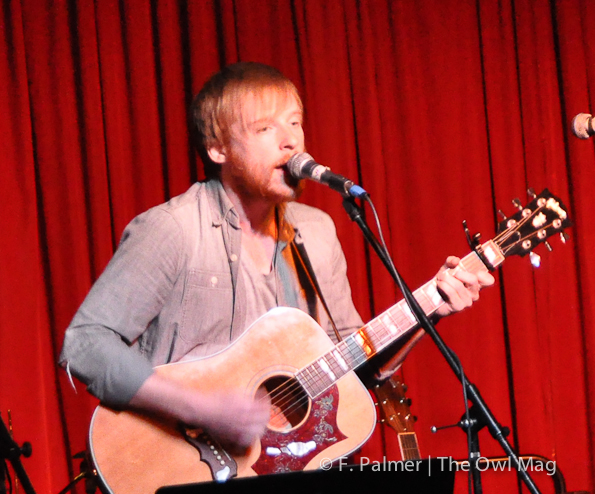 It’s not often that I venture (willingly) into that gentle, sometimes emo, often tedious realm of the singer/songwriter armed only with his or her acoustic guitar, self-important stories to tell, and a bleeding heart of woe. These things tend to make me sleepy, but I knew enough of Kevin Devine to expect a better outcome than that.

This final show of his Hotel Café residency solidly reinforced one thing: he’s good. The show itself was a loose gig of guests players, easy banter, occasional f-bombs, and played to a full room quite captured by the boyish looking, strawberry blond, Brooklyn born tenor and his penchant for harsh yet poetic examinations of the real world. The English language, in and of itself, is a pretty harmless thing; it’s how you use it that determines whether we hurt or heal. Devine does both. Along the piano trill of “Carnival” Devine spits out none too gently, “This is the life you went and earned because you never fucking learn. You could use up all of your years fixing the mess you make in here.” 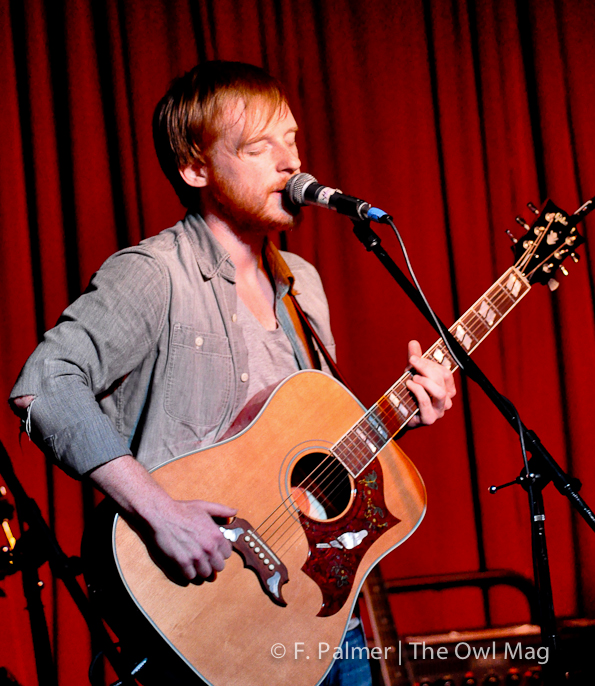 On the surface, some pretty rude shit. In fact, overall, “Carnival” reeks of images of a badly damaged human condition; something so irreparably torn that it may be best to put it out of its misery, but the delivery of this tale accompanied with his confident acoustic guitar skill made for a strangely beautiful and rich example of Devine’s ability to see under the surfaces. When came a line where he opened up his throat to stretch and hold a note, he retreated from the microphone distantly fading his voice but not the fury behind it.

And that’s how he performed through the eve: he yells and sings, he closes his eyes and kicks out the guitar chords, his body jerks to punctuate his meaning, and there was no better example than during loud and war-loathing song “No Time Flat”. Yes, there were sheer moments of light pretty such as “Brooklyn Boy” where Kevin unknowingly had an accompaniment in the form of the gal over my left shoulder singing the “oh oh oh ohs”. Repeatedly.

A cast of friends to include Colin Dieden and Luis Lopez from Sing The Body Electric, indie pop angel Holly Miranda (who teamed up with Kevin on more than serviceable covers of Leonard Cohen’s “I’m Your Man” and Bob Dylan’s “Don’t Think Twice, It’s Alright”), and Morgan Kibby of White Sea made the 13-song set a charming and casual affair. In the “Looks can be deceiving” category is Kevin Devin: the dude is funny, engaging, with language salty enough to alleviate the cool and reserved atmosphere of your average acoustic show but not so much as to disturb its reverence.

Note: Yes, Kevin, I sure did notice the attitude/stink eye you gave the noisemaking couple in front of me during “Carnival” and as one Brooklynite to another I say, right on. 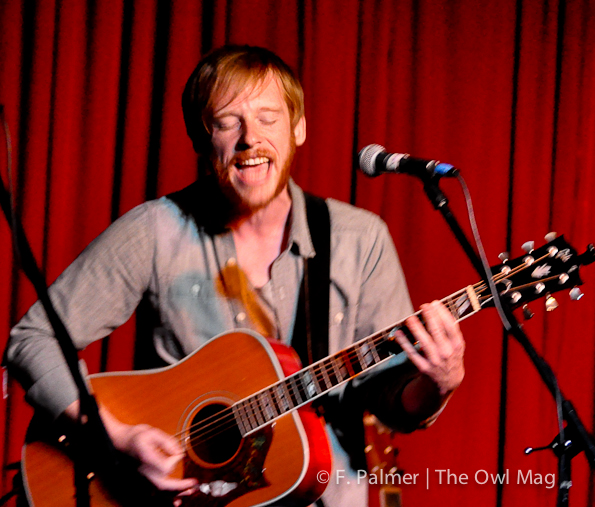