A full and eager Fonda Theatre sang along to the likes of Queen and the Backstreet Boys while they awaited the entrance of British firebrand Kate Nash on the final night of her tour in support of her most recently released album, Girl Talk.

Those who might be familiar with the lovely Miss Nash will know her sound has evolved over the years. Her debut album, Made of Bricks, was full of cheeky, witty tracks not unlike those of fellow UK songstress Lily Allen. Five years and two additional full-length albums later, Nash has risen like a phoenix out of the world of bubblegum pop and is showing some teeth with the latest punk-infused album…and we kind of like it. 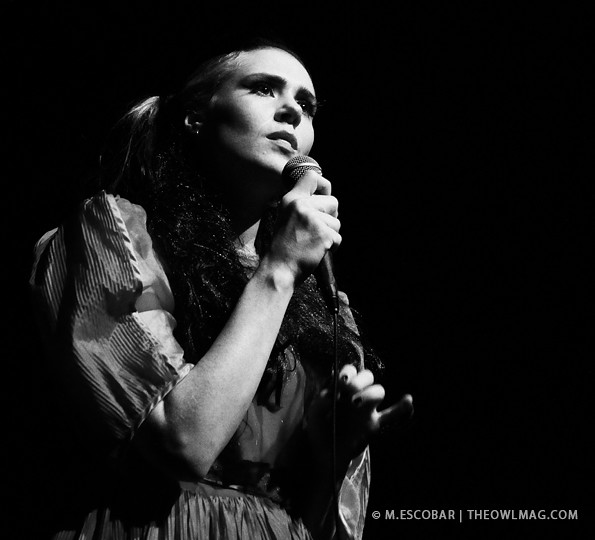 Nash eased into the beginning of her set with the haunting song “Lullaby For An Insomniac”. Following her quick exit of the stage soon after, a video montage of Nash lip-syncing to “You Don’t Own Me” officially kicked off the night of feminine grrl power.

Nash returned to the stage ready to exert her newfound punk rock sensibility with her all-female band in tow. The remainder of the night included hits from all three albums – with the crowd accompaniment, natch – including “Foundations,” “Mariella,” and “OMYGOD!” 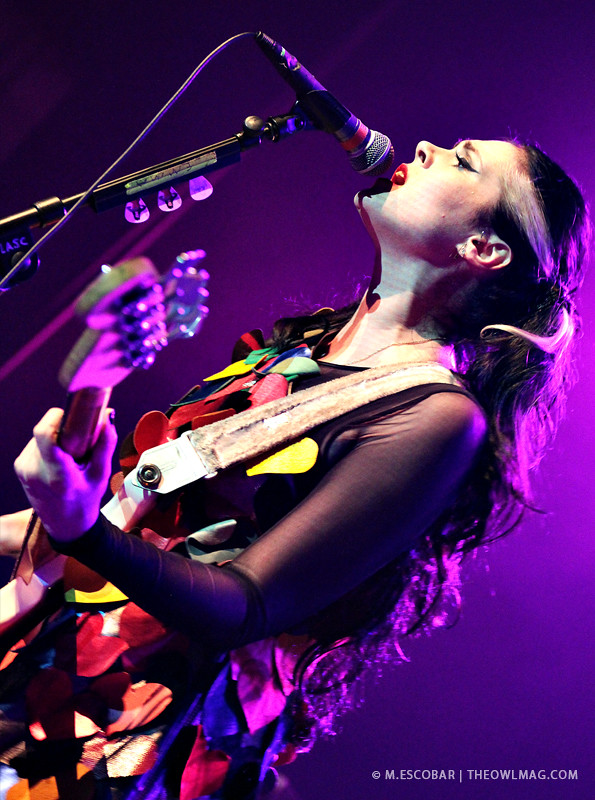 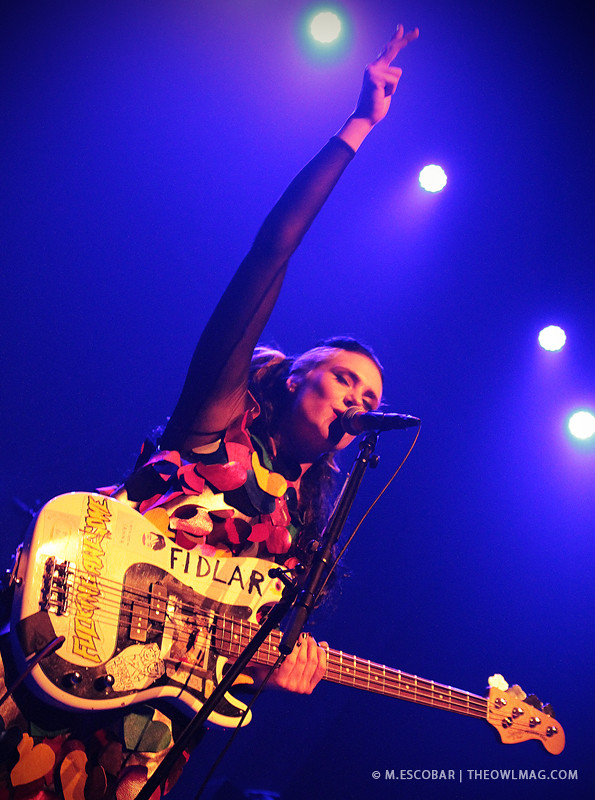 Towards the end of her performance, Nash gave a heartfelt speech about the perils female artists face in the music industry, her own experiences in the business, and the fellow female performers who continue to inspire her life and work.

Nash and Co. closed out their set with an exuberant cover of fellow rockers FIDLAR’s “Cocaine” aptly changed to “Girl Gang.” 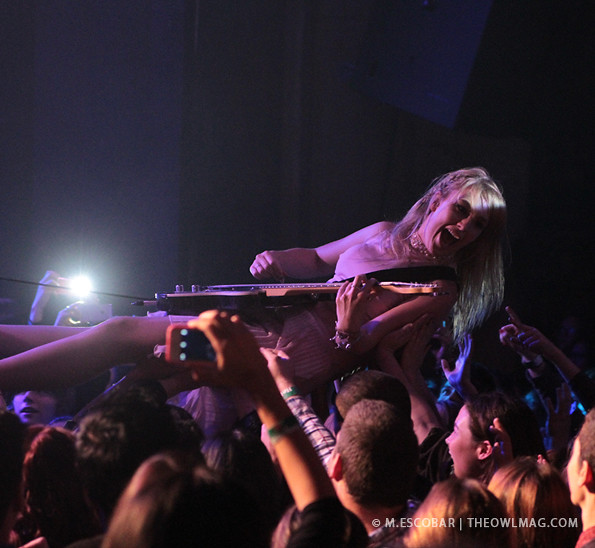 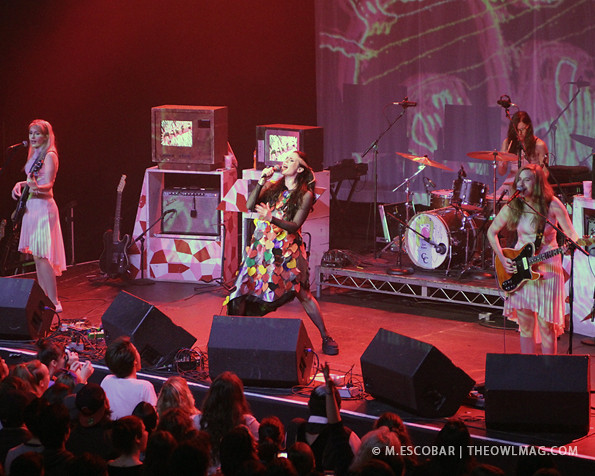 Two encores later (which included a full-blown band crowd surfing session and an amazing rendition of Meredith Brooks’ “Bitch”) and we were officially sold. We want to have Kate Nash as our best friend and partner in crime – striking down the naysayers and raising hell all while looking fabulous along the way.