Touring in support of her incredible third album, Loud City Song, it’s only appropriate that songstress and artist Julia Holter kick off the tour in her hometown of Los Angeles. There aren’t many venues in LA that add a whole other dynamic to a live set, but the First Unitarian Church is one of the few where the environment perfectly complements the music. With it being a seated venue the experience is immediately intimate and relaxed; an ideal setting for her songs that explore the human condition. 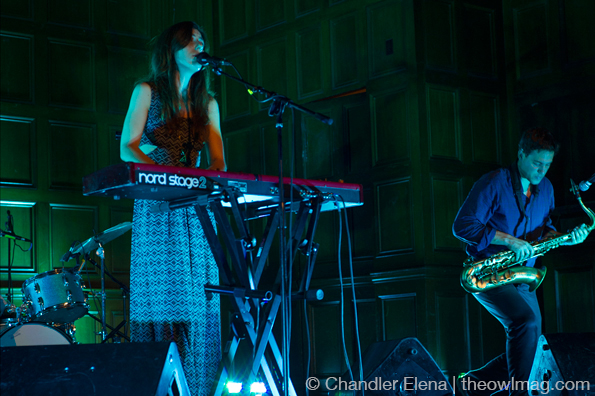 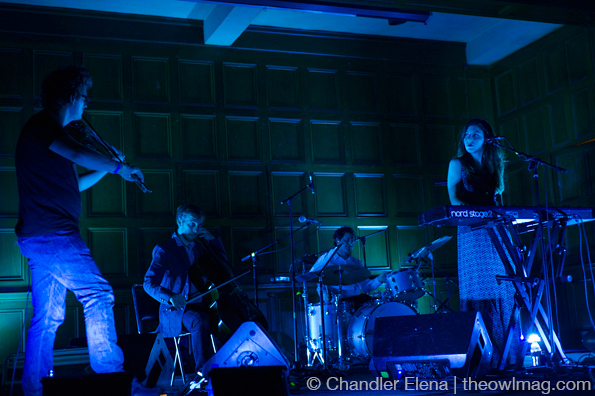 Holter, with a full band, began her set with “World” from Loud City Song where she was shrouded in blue lights. Because of the enclosed space, it’s hard not to be sensitive to the finer details of the performance. The clarity of the strings and saxophone were crisp and precise, setting the atmosphere to be ethereal with a sense of immediacy.

“In The Green Wild” was one of the more up-tempo numbers that exquisitely juxtaposed a frantic, shrieking violin and an ice-cool plucked cello with Holter’s subdued, yet expressive hushed-vocals. “Horns Surrounding Me” followed with its eerie, claustrophobic horn melody that crept after the cautiously sung vocals, furthering displaying the impressive aptitude that Holter has for crafting songs. Each and every part is meticulous and has a vital part in sharing each song’s narrative because of its dramatic arrangement. Feeling that effect physically is like being hit by successive tidal waves where the vibrations travel through the entire body. 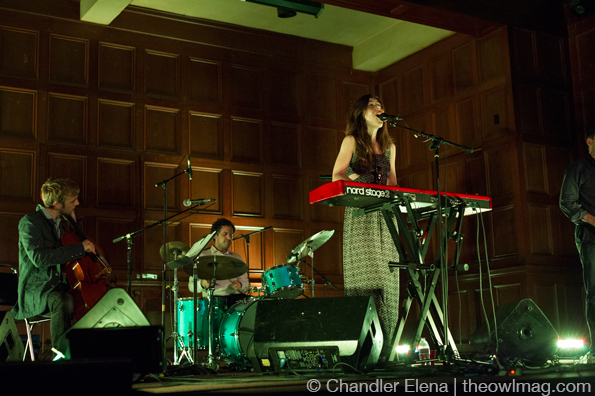 Holter also mixed in songs from her first two albums such as the menacing “Try To Make Yourself A Work of Art” and “Marienbad,” an intricate number filled with polyrhythmic melodies that ends with a frenzied crash of strings.

In a live setting, Holter’s classical background is made explicit in each song that is underlined by great discipline. But that certainly doesn’t mean she can’t do some free-form. “This Is A True Heart” is her ode to jazz with its stout and steady rhythm, and smooth horn. Her cover of Barbara Lewis’ “Hello Stranger” floated and glided freely without restriction to the point of transcendence; much more different than the record version. 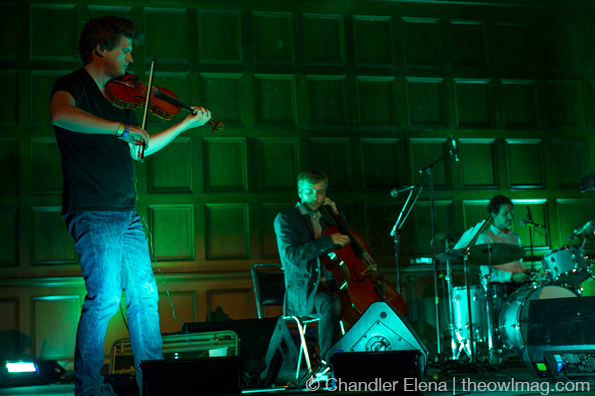 The audience’s silence throughout the set (with the exception of the routine applause) described it all. Holter and her troupe can effortlessly put on a performance that’s seemingly spiritual and cathartic, leaving everyone else awestruck.