An extra special night at the Troubadour in Los Angeles saw a sold-out appearance by Joy Formidable. Coming off of a string of dates opening for Muse, they embarked on a small venue tour in advance of January’s highly anticipated new LP: Wolf’s Law. 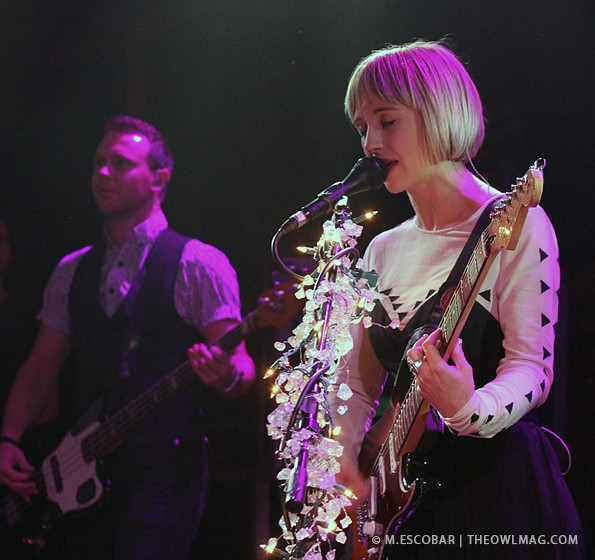 It was what might be the last chance to get up close and personal with the trio, guitarist Ritzy Brian, bassist Rhydian Dafydd, and drummer Matt Thomas. They’ll be touring extensively next year, and are likely a shoo-in for Coachella. 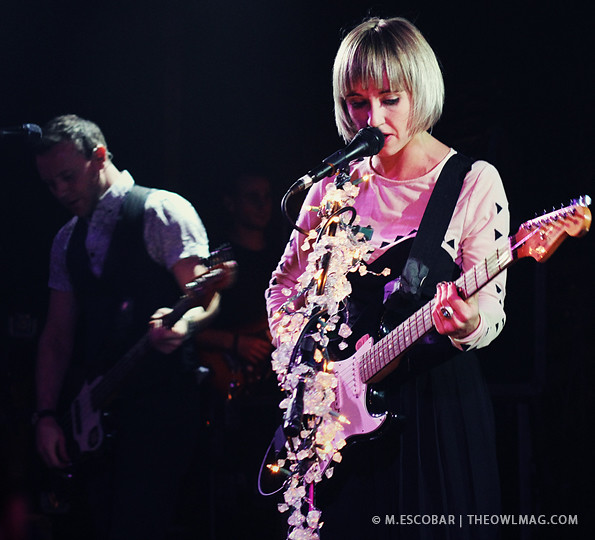 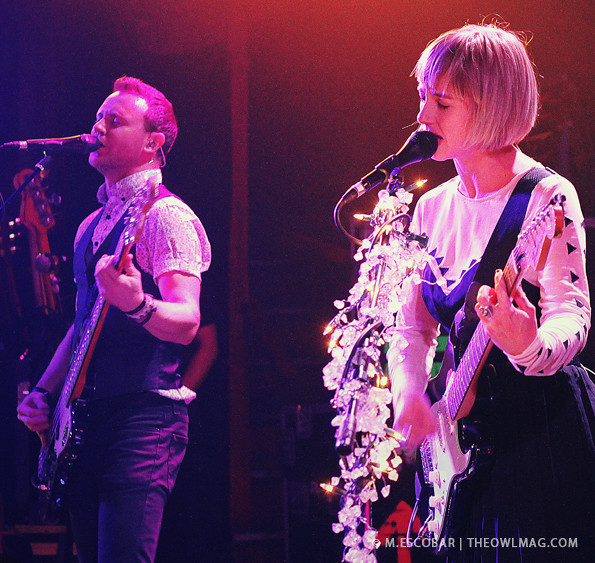 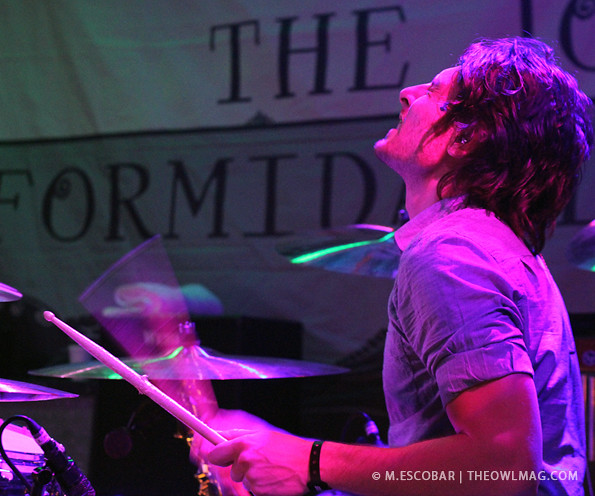 Their first full album, The Big Roar, provided much of the set, including the opening salvo of “The Greatest Light Is The Greatest Shade” and “I Don’t Want To See You Like This.” The giddy rush of “This Ladder Is Ours” marked the first of a few new songs. They dialed down the intensity for a turn at “Ostrich,” from their debut EP A Balloon Called Moaning, before slamming back into “A Heavy Abacus,” setting up another new song, “Cholla,” which got a shout-out to, (and mock threatening of), the video’s director, who was in the house. 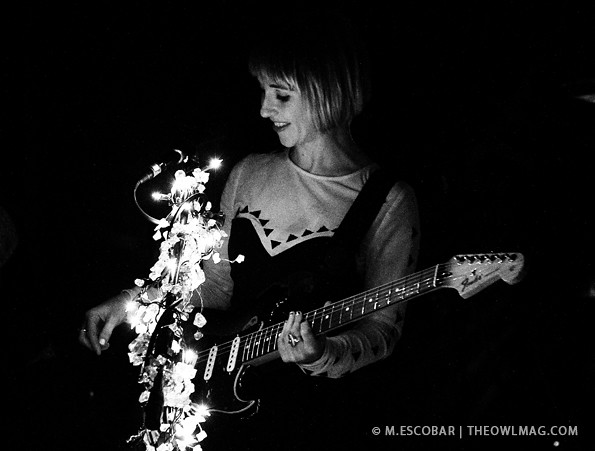 Aside from being in the maelstrom, the small show gives a great window into the band’s chemistry. The rhythm section, while stationed at opposite ends, is totally locked in. Ritzy is commanding and compelling as a front person, but it’s when she’s totally lost in playing and breaks into that silly grin that she’s most endearing. Closing the main set was a heavy duty airing of “Whirring,” set up with a snippet of Elvis Costello’s “Just A Memory.” Bringing the evening to a raucous close was another new number, “Silent Treatment,” and “The Everchanging Spectrum Of A Lie.” It was another box checked for the venerable Troubadour, and truly a night to savor. 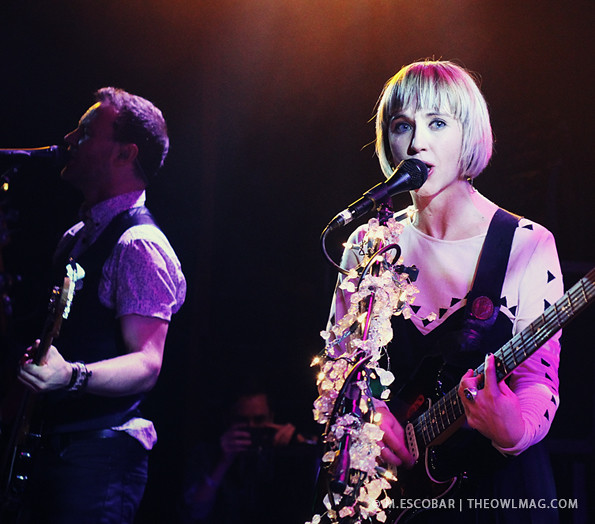 The Joy Formidable have a great track record of choosing opening bands, and this night was no exception. J Thoven kicked things off with a set of dusted roots rock drawing on their debut EP, City Maze, veering between high lonesome harmonies and a band that kicks up a righteous storm. Interestingly, it was the songs not on the EP that made the biggest connection, leading one to be very interested in a full album.