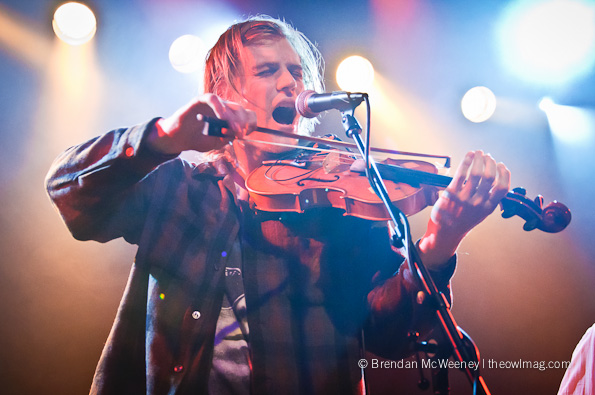 For me, it all started with Johnny Flynn. The first few notes of 2008’s A Larum led to an all-consuming obsession with English folk music (the dubiously labeled “new folk” scene, to be specific) that refuses to let up. I can’t help but be charmed by the Shakespearean lyricism and lively instrumentals; he and his Sussex Wit find just the right spot between eclectic and familiar, old-world and contemporary. With an even blend of songs from A Larum and 2010’s Been Listening, Tuesday’s gig at the Independent showcased everything there is to love about the talented troubadour. 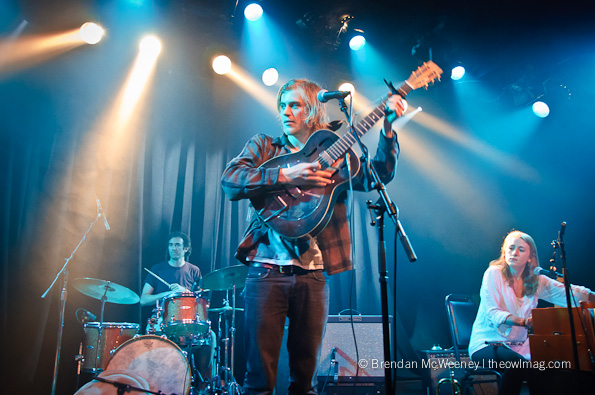 Besides being a songwriter and multi-instrumentalist (during the show he played everything from trumpet to banjo), Johnny is also an actor. His considerable skill was readily apparent on the Independent’s well-lit stage: his lilting lyrics morphed into engaging monologues, sometimes evendissolving into spoken word. Upbeat pieces like “Kentucky Pill” and opener “The Box” were imbuedwith a new joie de vivre, while the crisp articulation on “Eyeless In Holloway” and “Barnacled Warship” brought his narratives to life. The contributions of the Sussex Wit, including sister Lillie, added energy and even a bit of a hoedown vibe. Band and audience members alike couldn’t help but groove to the calypso-twinged “Churlish May” or bounce to “Tickle Me Pink.” 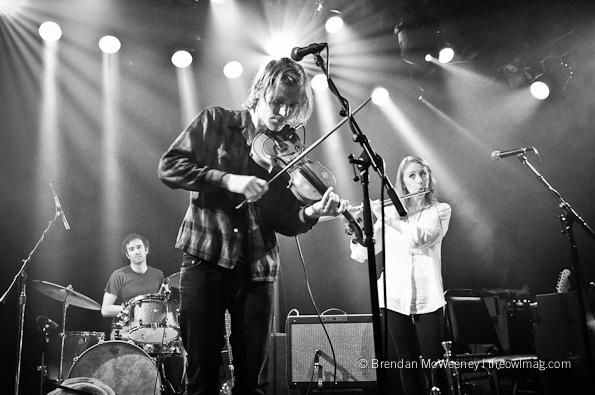 The fifteen-song set showcased Johnny’s performing chops and stylistic diversity. Although he unabashedly borrows from English folk traditions, he has created a sound entirely his own. His show at the Independent illustrated just how far he’s come, as more adventurous tracks from Been Listening sat beside the songs that first made me fall in love. Johnny’s set was like a play with many acts: each song added a unique layer to the story.