James Blood Ulmer is seventy years old, but the sounds he makes come from places much older than that. Or maybe further into the future, it's hard to tell. Even solo, in a very quiet space, nothing but his voice and guitar matters. 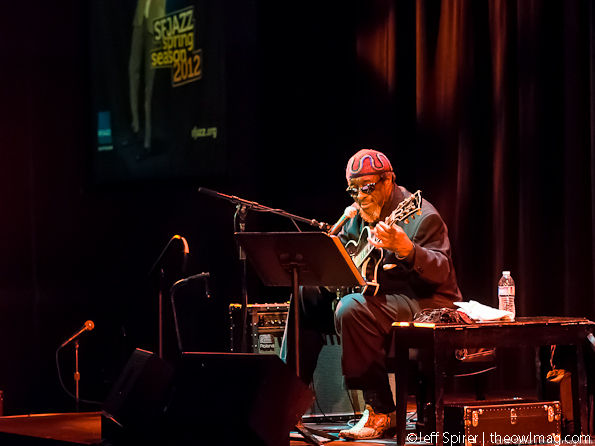 I last saw Blood at Bimbo's with a funk band he and Bill Laswell put together, a completely different vibe and completely different songs, but the effect was the same – other-wordly. His craggy voice, which would sound weathered by time if it hadn't always sounded that way, and his guitar, which sounds both ethereal and funky, doesn't sound like anything else, with or without a band. And this was very much without a band. The stage had just a chair with Blood in it, an electric guitar, a mic, an amp, and a wah-wah pedal. He uses the pedal in a way that fills in the spaces so that you don't miss the rest of the band and you know exactly why he's had almost fifty years of playing guitar not just for himself, but with the jazz and funk greats.

Most of the tunes veered into the blues, which he's been exploring for the last fifteen years, although n

ot in a traditional style. Blues structure exists in the chord changes, but the songs take blues into a more funkified, jazzy realm. It's disorienting – one man with a guitar takes on the history of music and wins. The audience, reverently quiet, understood this. 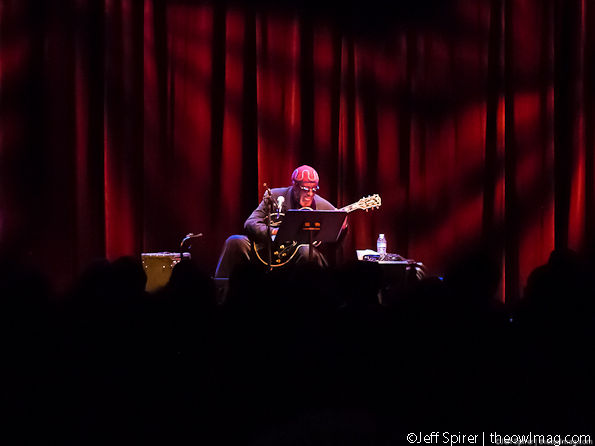 I only recognized a couple of songs. “Sittin' On Top of the World,” a blues tune from the '30s that's been covered by The Grateful Dead, B.B. King, Bob Dylan, and Cream among others, was one of the highlights of the night. The other was “Katrina,” which he obviously wrote about New Orleans. Ulmer hails from the south and sings emotionally about the disaster.

While this wasn't a jump up and dance kind of night, which Ulmer has played, it was a richly rewarding Sunday evening of music. 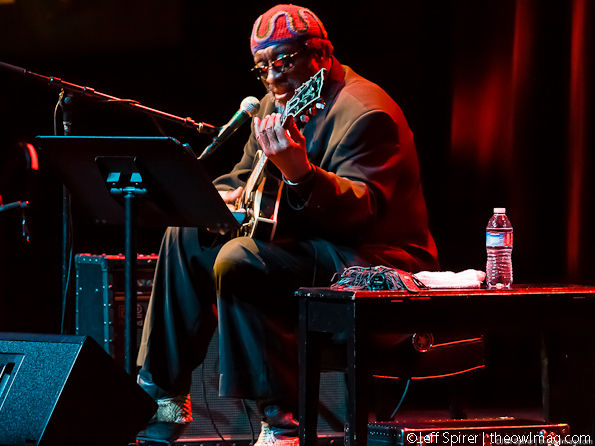 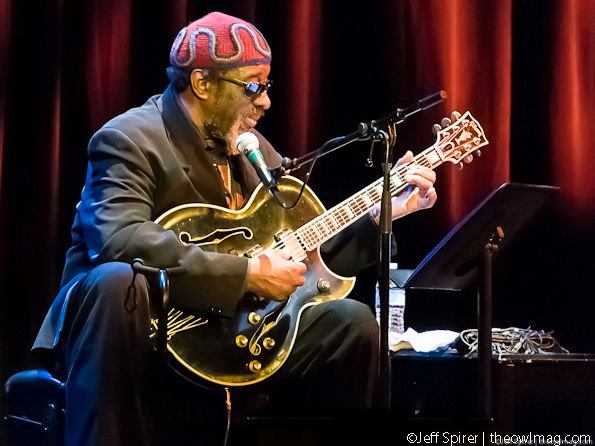