Imelda May often conjures up “rockabilly revival” but that would miss the breadth and depth of her music. She opened and closed her show at The Fillmore with rockabilly tunes, but in-between covered a wide range of musical styles from jazz to blues to rock. And more – her first two encores were performed by just May and bassist Al Gare as a vocals/ukulele duo. May doesn’t only have a strong voice, she takes everything on an adventure. 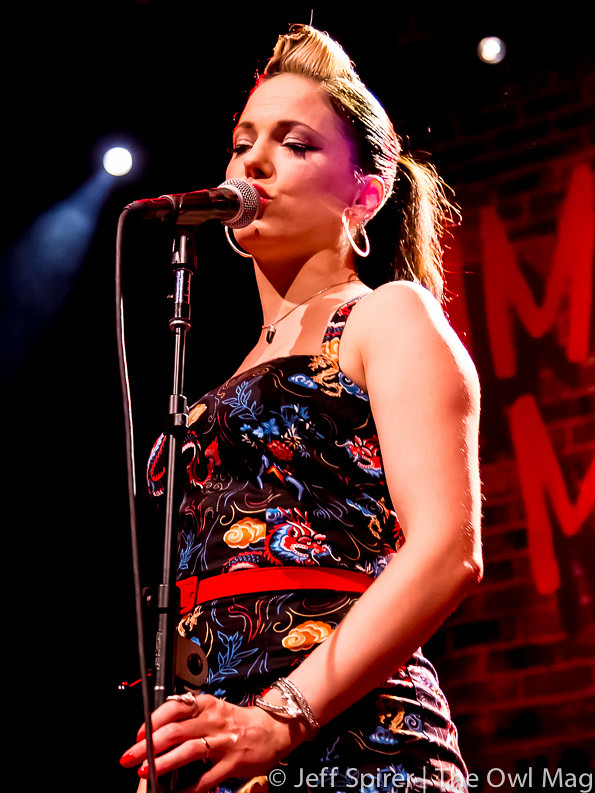 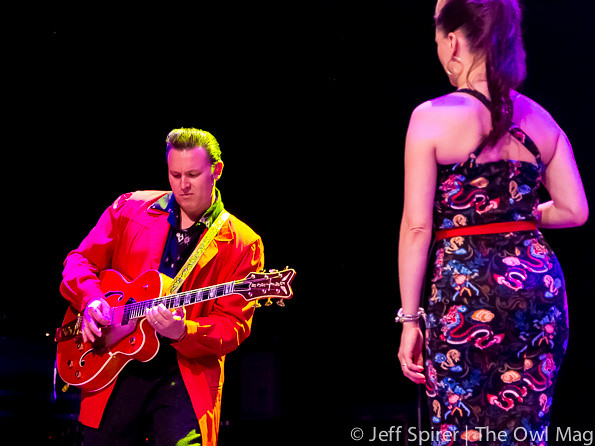 May captivated her audience with a charismatic personality, stories, call-and-response singing, and constant gushing about the crowd’s enthusiasm. She focused the audience on her band too – when solos were played, May walked over to the musicians, pointed, waved, and made it feel like a band, even if only her name was on it. Her band – husband/guitarist Darrell Higham, bassist Gare, guitarist/trumpeter Dave Priseham and drummer Steve Rushton – played with enthusiasm that reflected May’s. 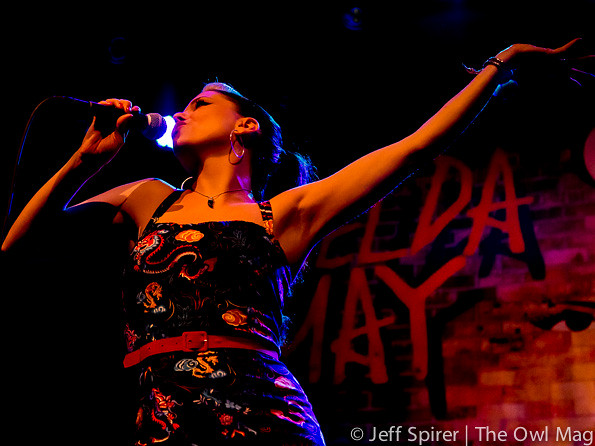 At one point, May told a story in order to introduce the bodhran, an Irish drum she had purchased in Philadelphia. In the middle of the story, told with her thick Irish brogue, May paused to say, “You don’t understand what I’m saying, do you?” She finished by sitting down and playing a traditional song on her bodhran without singing.

Of course she played many of her trademark songs, including “Psycho” and “Wild Woman,” but it was the two acoustic encores that delivered the crowd into her hands. The songs were covers, the first Cher’s “Bang Bang (My Baby Shot Me Down),” the second Blondie’s “Dreaming.” 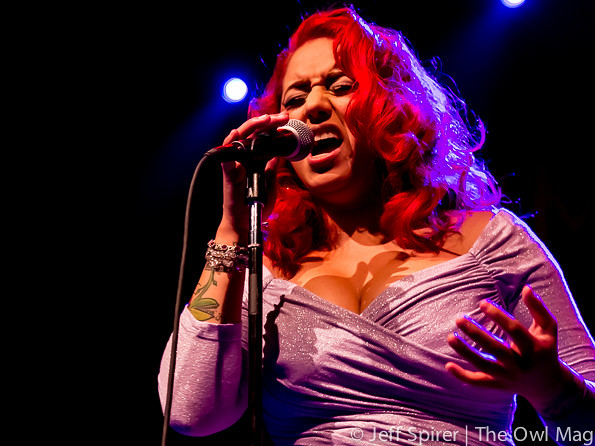 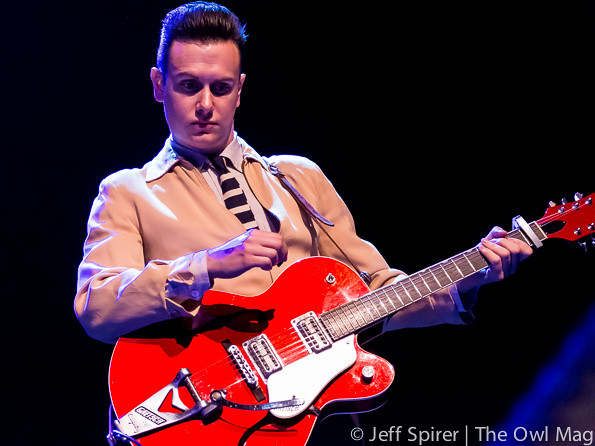 Openers The Rhythm Shakers from LA played a fiery set closer to rockabilly roots. Vocalist Marlene Perez came out strong and stayed that way through the whole performance. The set featured exuberant solos from guitarist Kevin O’Leary, ably accompanied by stand up bass player Victor Mendez and drummer John Brook Emilio. The dancing throughout their show was infectious and the band left with a Fillmore-ful of new fans. 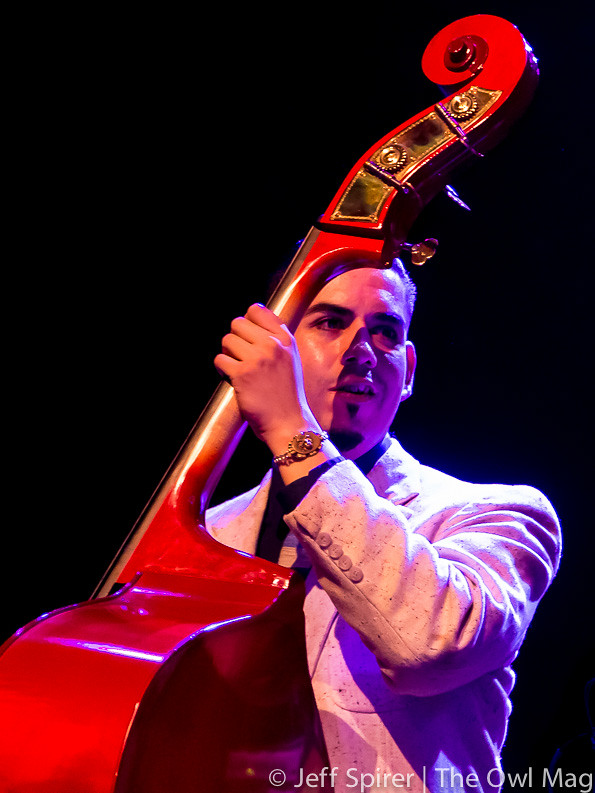 Check out a full gallery HERE!