Friday night’s opening acts Ladylike and Helen Earth Band played to an unfortunately small crowd of roughly a dozen people, mostly hanging back by the bar. Ladylike‘s frontman Rob Kroehler quipped, “It feels like our primary audience right now is concrete.” While their tunes are tinged in classic rock, the group needs to pump up their live energy if they really want to get those skeptical bar-leaners up to the front of the stage. 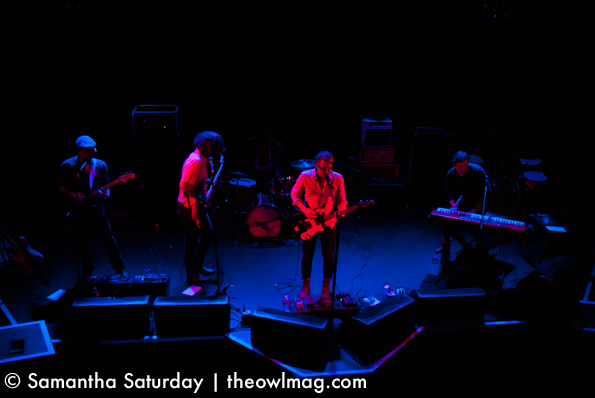 Ladylike
Helen Earth Band‘s Adam Allen was just as aware of the thin crowd as Kroehler, adding “Is there an invisible snake pit directly in front of the stage that I just can’t see?” Thanks to an enthusiastic security guard who waved the few present up to the front, the band laid down textured guitars over sleek rhythmic drums to freshly opened ears. 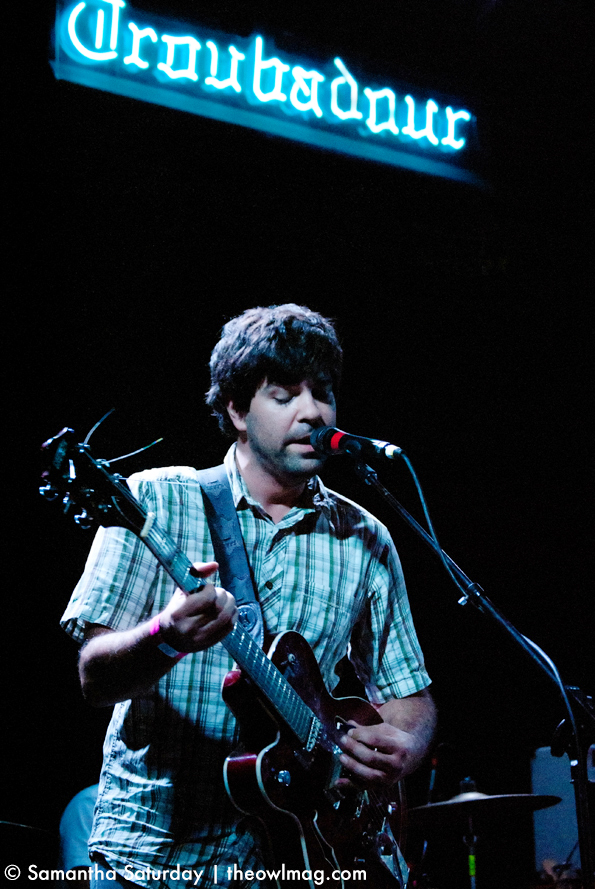 Helen Earth Band
Between the second and third set, the empty spots on the floor began to fill with concertgoers clad in hoodies and Converse ready to hear some good old fashioned post-punk. Like the headliners, No Motiv were playing a show together for the first time in a long time. While singer Jeremy Palaszewski and bandmates were very eager to play in front of a crowd, it was obvious that the dudes were a little rusty. 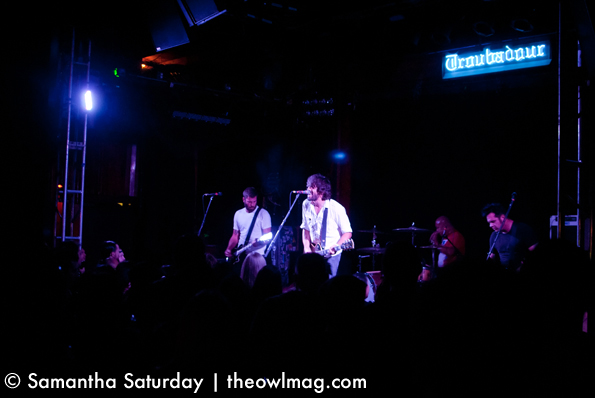 No Motiv
For months, Hot Rod Circuit has been preparing for their eight date reunion tour, beginning at the Troubadour. When the quartet took the stage you could feel the excitement and anticipation from both the crowd and band members. With the classic lineup of Andy Jackson (guitar, lead vocals), Casey Preston (guitar), Jason Russell (bass), and Mike Poorman (drums), it was like being transported back to the early 2000s, before the emo genre took a sharp turn towards the melodramatic and theatrically angsty. 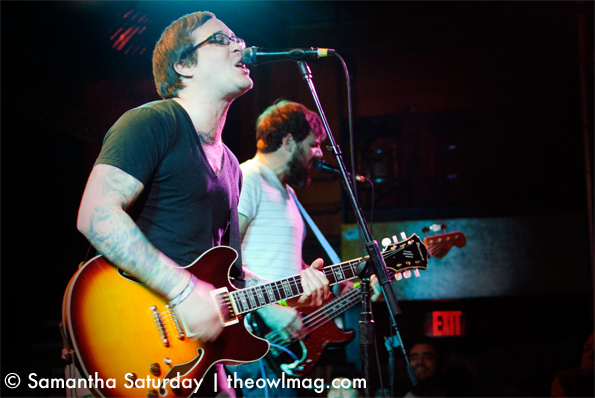 Hot Rod Circuit
The group’s set was straightforward and sincere with no over-thought or dramatized sentiments present in their lyrics. You could even feel the love when Preston got a little sentimental toward Poorman, commenting “I want you inside me in a spiritual way.” Preston laid his signature loopy guitar riffs over Jackson’s steady power chords. 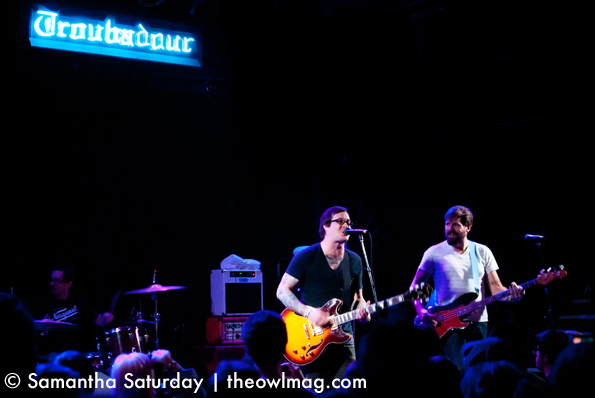 Hot Rod Circuit
The band’s set mostly consisted of fan favorites including “Radio Song,” “Supersad,” and their most notable single “The Pharmacist.” During a pause when Russell’s bass strap broke, Preston threw out his own request to play “This Is Not The Time Or Place.” Jackson needed a little help recalling the lyrics, but with aide from Russell it was the best surprise of the night. It is evident that their post-punk tunes have stood the test of time. All in all, Hot Rod Circuit’s performance proves that they are a band worth adding to your record collection.
login