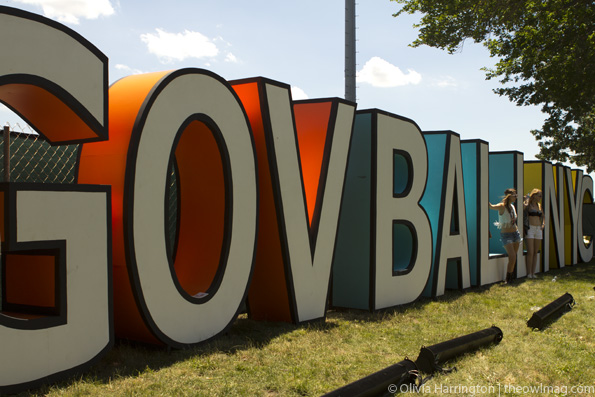 With a sea of neon shirts, jean shorts, face paint, and Ray Bans, Governors Ball 2012 kicked off with a bang Saturday – and the weather only turned up the heat. Saturday brought the electro-wave of bass, DJs, and dudes in tank tops, while Sunday held down the indie slow roller haze. Confusingly, the festival took place on Randall’s Island, but turned out to be just what we’d hoped for — an amusement park for adult music enthusiasts. We caught interviews with K.Flay, Alberta Cross, and Blake Mills (Fiona Apple’s guitarist and solo musician), sipped on Fosters, and ate our weight in tacos, and it was all worth it. Catch our highlights and snapshots below. Until next year!

The first set to launch Saturday’s debauchery was Brooklyn-based Walk The Moon, as they turned the stage into a neon face paint ball of happiness. Launching into “Anna Sun,” their hit single, Walk The Moon echoed across the whole of the park grounds, lead singer Nicholas Petricca informing of their album’s release the week before – an exciting celebration for the milestone of this buzz band. 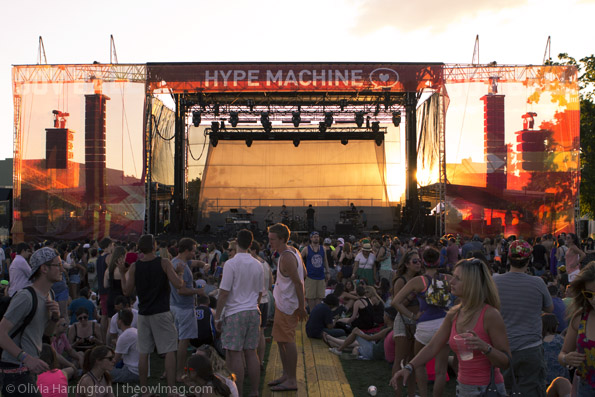 New York natives Penguin Prison kept the pace going forward, and even fit in an exceptional up-tempo cover of Lana Del Rey’s “Blue Jeans” that lifted the crowd up from their blankets to dance (it took me a few minutes to figure out why the “I will love you until the end of time” line sounded so familiar). 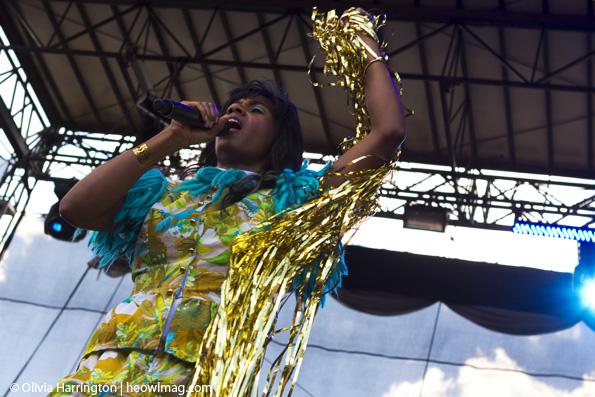 Santigold
However, our pick for top act on Saturday goes to none other than the genius bonafide pop-star Santigold and her band of kooky-crazy back-up dancers (with suitcases and parasols for props). She played a slew of hits from her recent sophomore effort Master of My Make-Believe, as well as indulging us in the hits that made her a household name – notably “L.E.S. Artistes” and “Lights Out.” She even brought some of the best dancers from the front row on stage for one song and had a two-person horse costume on stage for another (the dancers playfully whipping it in shape). 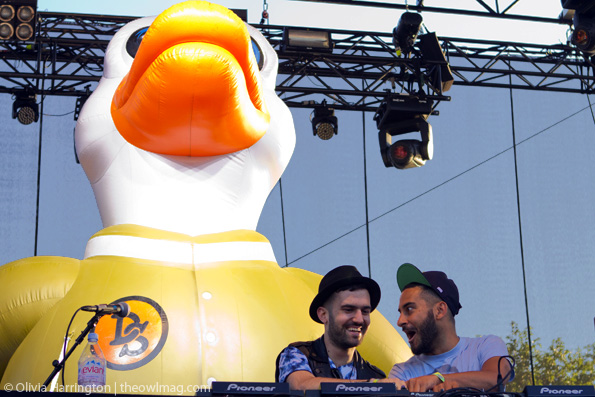 Duck Sauce
After an ice cream sandwich or two, Atmosphere took the stage to offer clever conscious rhymes over sparse and heavy beats. Although originally from Minnesota, the rap duo seemed to fit right at home in the 212 and provided a rather necessary chill set to an otherwise aggressively bass heavy day. DJ duo Duck Sauce (A-Trak and Armand Van Helden) quickly brought the energy back up with a giant glowing inflatable Duck – with no one having to ask “Who are these guys again?” 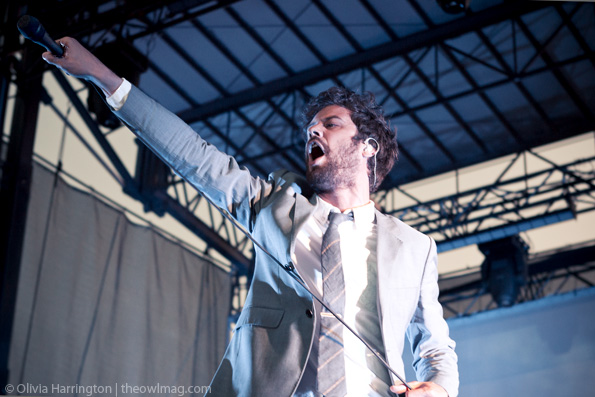 Passion Pit
Disappointment came at the close of the day’s set with an underwhelming vocal performance by Passion Pit, as they attempted to recreate the quality and size of the sound from their forthcoming LP Gossamer. A difficult task indeed, but still disappointing. 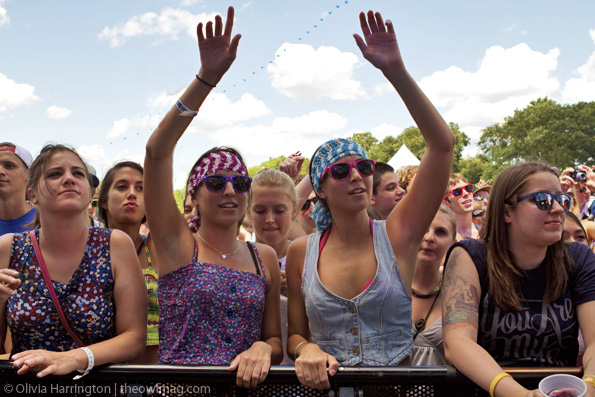 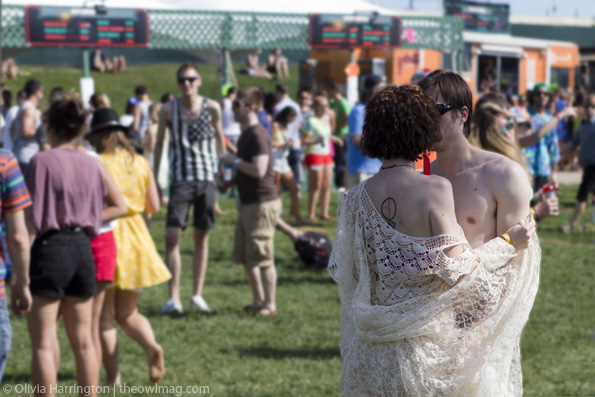 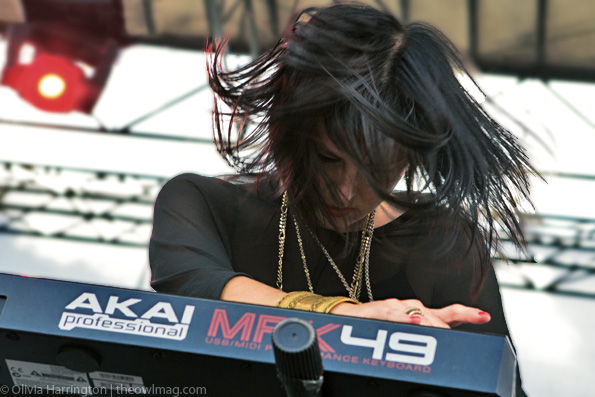 Phantogram
After an almost sleepless night, we returned to Randall’s Island for part two, not entirely sure what to expect. The grounds were freshly clear of trash and the sun was still out – which helped propel the energy forward. A wonderful intro came with Saratoga Springs natives Phantogram’s tripped out set, which perfectly set the tone and mood of the crowd. Super dancey “Don’t Move” (off their Nightlife album) beautifully transitioned the bass-heavy previous day into the fuzzed out indie rock of Day 2. 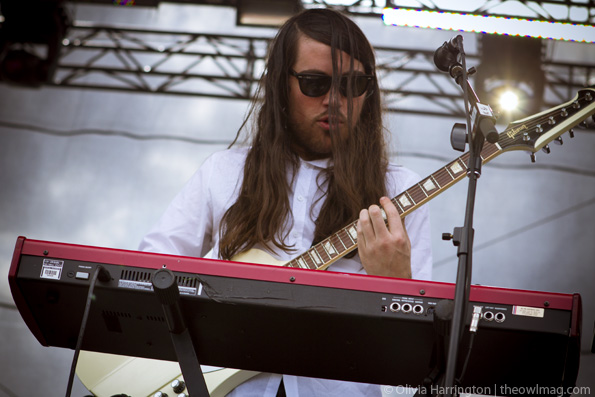 Cults
Thanks to countless panned performances and critique of lead singer Madeline Follin’s reverb drowned vocals, we weren’t sure what to expect from Cults. However, even with their hippie long hair and apathetic dance moves, they actually proved a wonderful success, as girls and guys alike bounced along to their sunny anthemic tunes. On “You Know What I Mean,” Follin’s belting showcased why this band will definitely come out on top, despite their semi-formulaic repertoire.

West Coast troubadour Devendra Banhart brought the energy to the lowest moment (excluding Fiona Apple), opening his set with solely a guitar and his warm and quirky vocals, greeting the crowd with “Happy Pride!” acknowledging Pride Weekend festivities on the main island. With two harmonizing bearded friends, he sailed through the mostly acoustic set, even indulging the crowd in classic “Hey Mama Wolf” and his best Spanish on closer “Carmensita.” 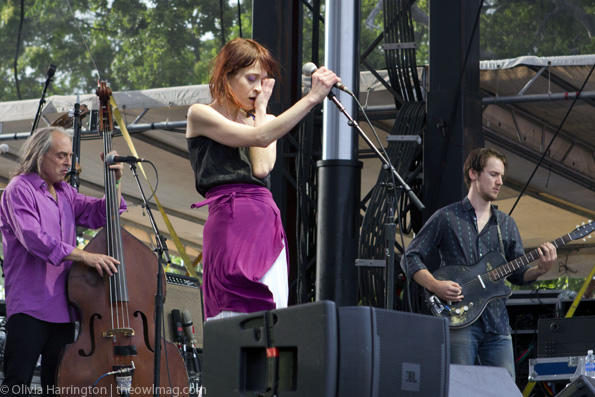 Fiona Apple
A truly power-house moment came next with Fiona Apple’s set featuring mostly new tunes from her album The Idler Wheel…, which left the packed house speechless. On intense and diverse opener “Fast As You Can,” Apple lurched and danced frantically around the stage, reminding fans why her persona carries so much weight. She even toasted to her more mainstream fans by singing her big ‘90s hit “Criminal” along with other past gems, the most alluring of all “Extraordinary Machine,” which led to cheers from the audience when the title was sung (it was understood that Apple herself is undoubtedly an extraordinary machine, however cheesy). 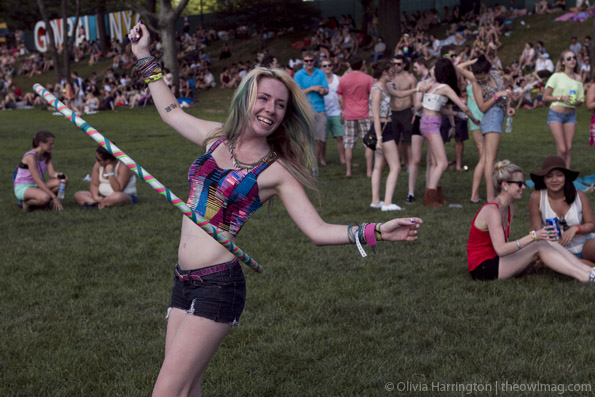 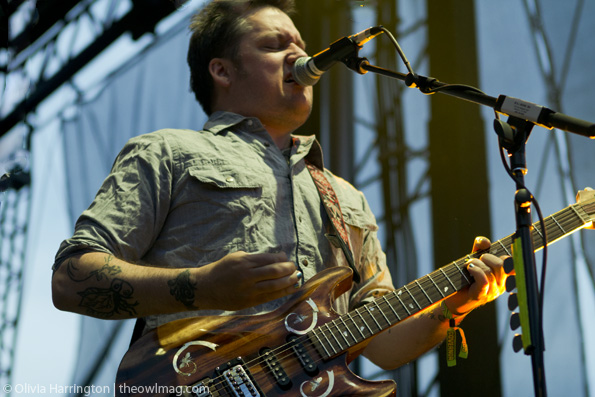 Modest Mouse
The big high point of Day 2, though, came with the legendary set by Modest Mouse, showcasing their slew of hits from past albums, including cuts from The Moon & Antarctica and Good News For People Who Love Bad News. Speaking to the crowd, lead singer Isaac Brock informed of a pretty awful recent gig opening for Metallica – insisting that their fans definitely were all “still living at home.” Apparently, the Metallica fans were not enthusiastic about the Portland, OR alt-rockers. But if Sunday’s crowd wasn’t redemption enough, we’re not sure what would be as a sea of overt fans danced and swayed along to the beautifully charged set, leaving just the right taste of summer air in our mouths. As fans started moving toward Beck’s closing performance, the power chorus of “E Pro” faded into the night. We almost didn’t need any more, Modest Mouse played it just right. Thanks Governors Ball for the sunburn and for the music – we’ll see you next year! 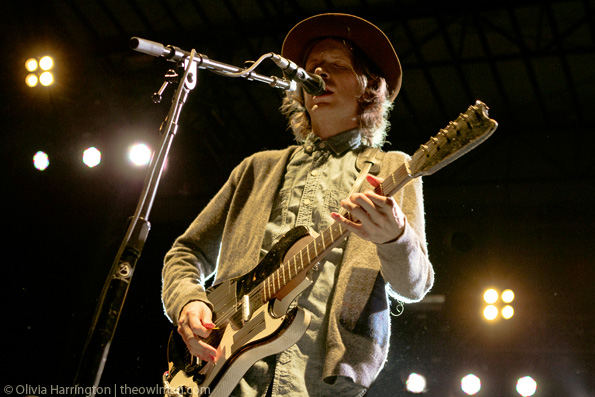 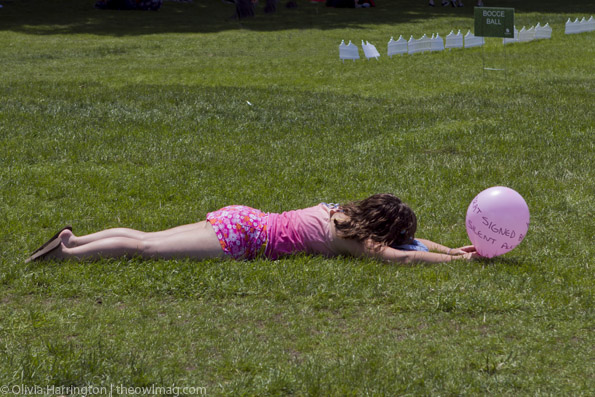 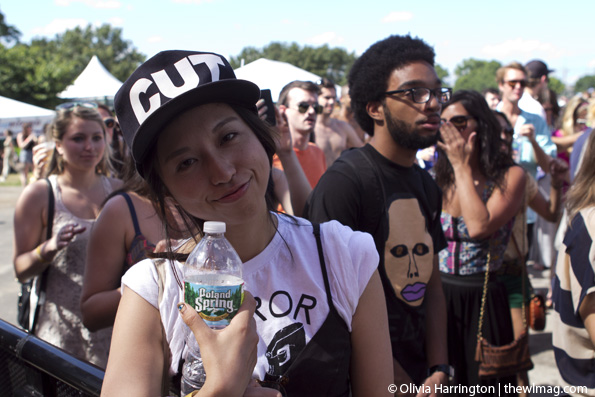 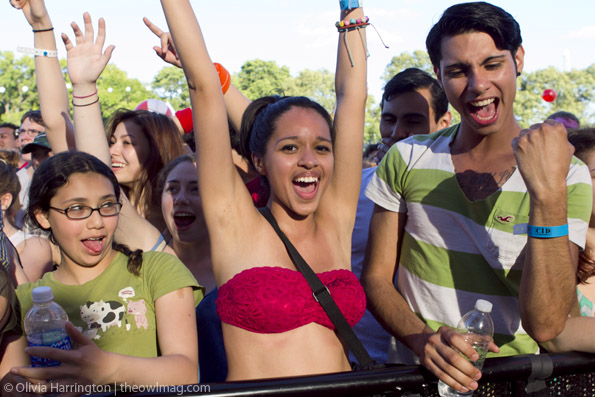 Check out more amazing pics from Governors Ball on our Flickr here!