With her playful touring band backing her up, Sara Radle started her set with “The Pins” from her new album Same Sun Shines and kept the crowd enamored with her heartfelt lyrics. She later dedicated a cover of “A Little Bit Me, A Little Bit You” to her favorite Monkee, the late great Davy Jones. Now hailing from LA, Sara Radle took the spotlight and sang the song “Better Than You” from her days in her first and San Antonio-based pop/punk band Lucy Loves Schroeder. Sara Radle and her happy-to-be-there band warmed up the audience, but the gas pedal wasn’t anywhere near the floor until Pinata Protest started up. 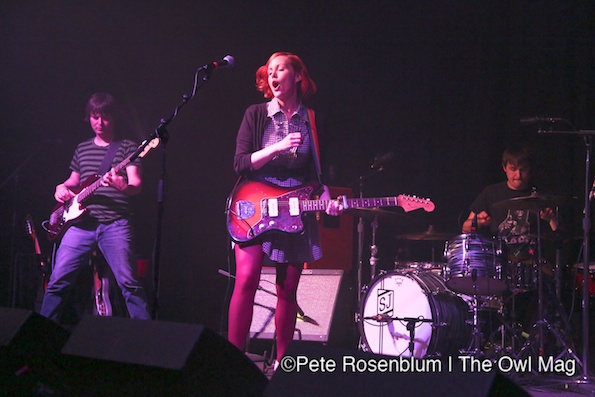 From the moment self-taught accordionist Álvaro del Norte and the other members of Pinata Protest took the stage, The Independent was at full throttle. Sweat-soaked shenanigans and musical insanity ensued, while Pinata Protest kicked out their self-described mojado punk. With most of their songs being in the classic style of punk rock (just over two minutes or less), it seemed as though they played every song they knew and even threw in some renditions of some classic Mexican sing-alongs…and the women went wild! 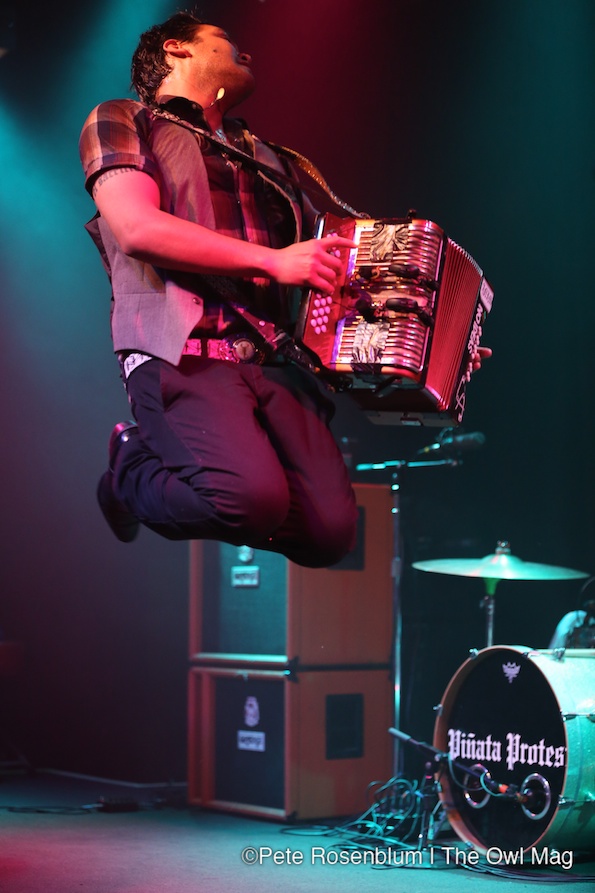 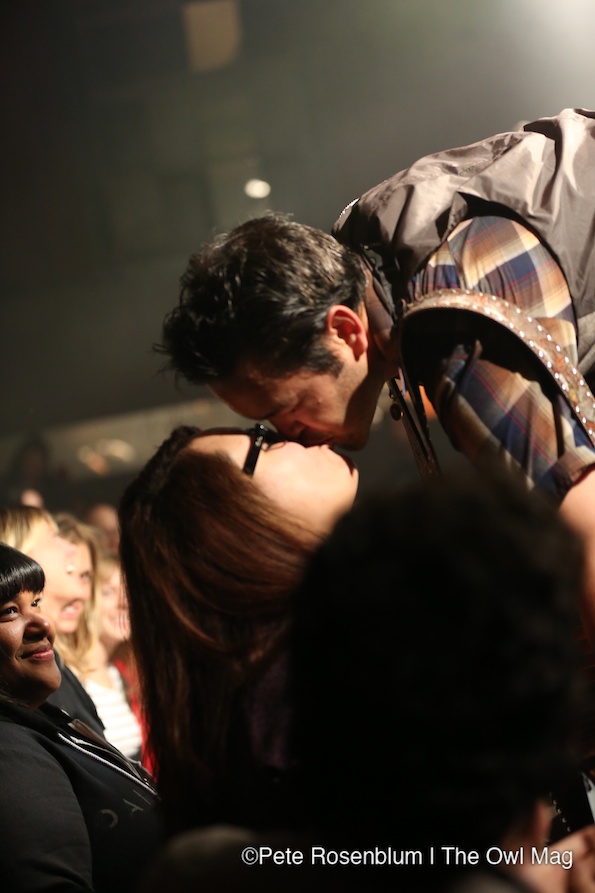 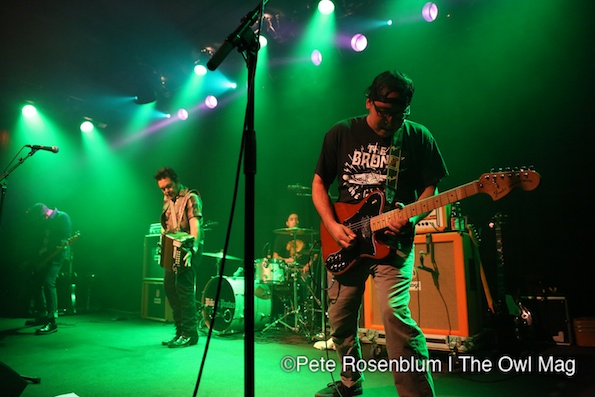 Girl In A Coma coming to the stage after Roberta Lee & Thurl Ravenscroft’s “You Wanna Talk About Texas” played over the loudspeakers seemed to fit the Lone Star State themed evening perfectly. Beginning their set with a bass line from Jenn Alva and Phanie Diaz banging the drums on “One Eyed Fool” was the only time the focus was on anyone but Nina Diaz. 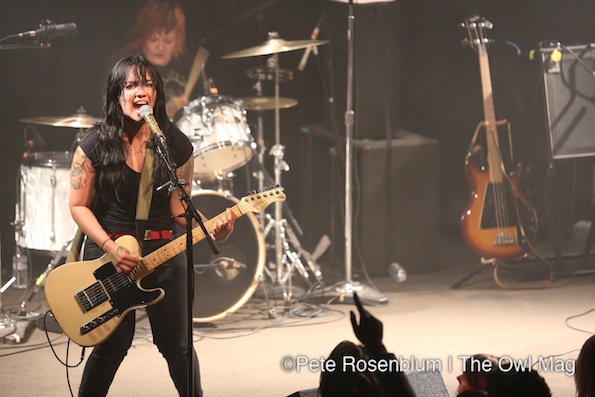 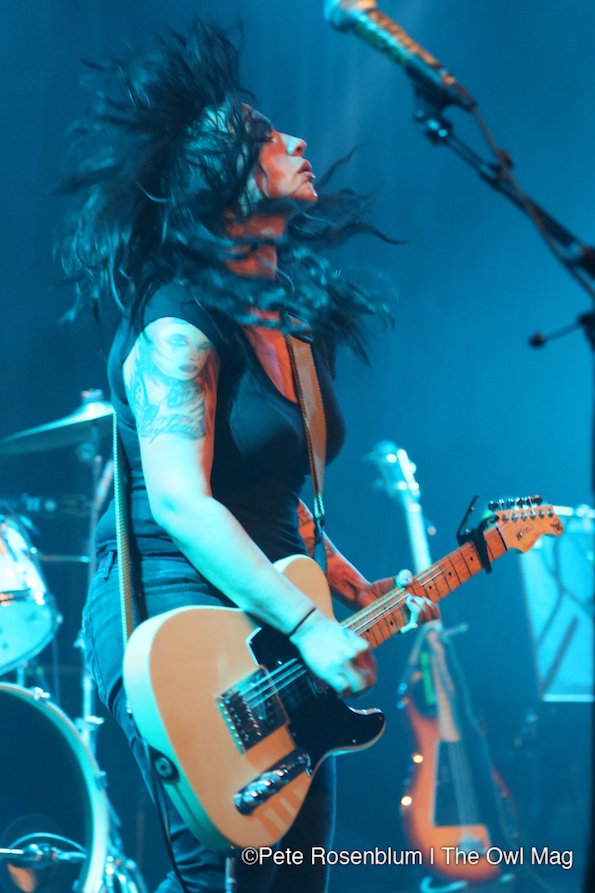 Nina Diaz is a presence on stage like no other! Her playful banter with flailing fans and fellow band members and her eye-popping facial expressions, which seemed to help her hit every holler and note, truly fit the female rocker mold — but Nina’s mesmerizing voice puts her and GIAC in a world all their own. With a Billy Idol-esque sneer from Nina, the band seemed to hit their stride with “Pleasure and Pain” and continued to with “El Monte.” 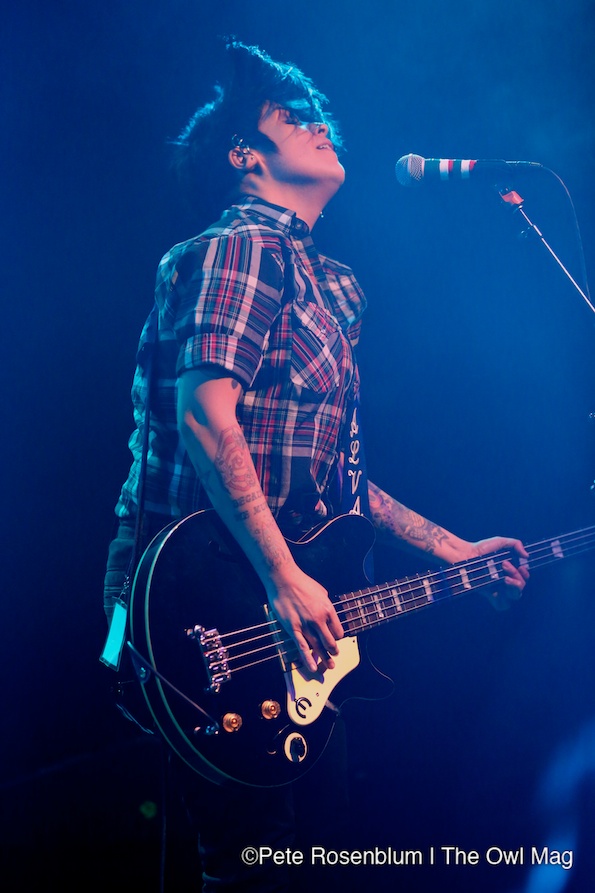 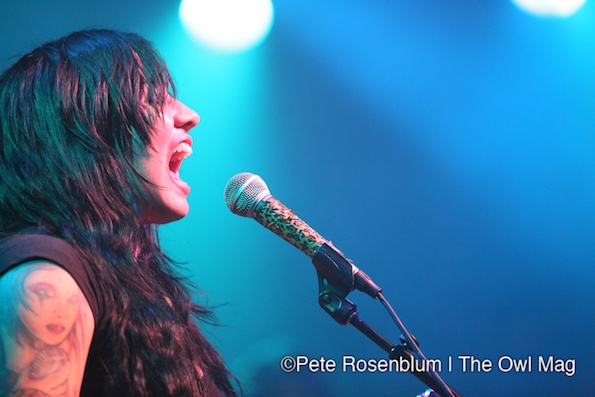 When GIAC started playing “Smart,” everyone who wasn’t already dancing started to, and Nina seemed to be singing “I’ve never felt a lust like this” to every single fan. As an encore, GIAC belted out an exquisite cover of Velvet Underground’s “Femme Fatale,” which only left everyone wanting more. 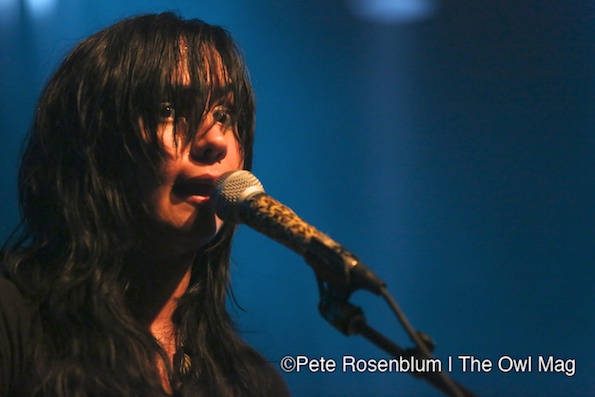 For more badass photos of Girl In A Coma, Pinata Protest, and Sara Radle click here.