On day two of Outside Lands, this Owl missed Geographer twice, first to psychedelic outfit Tame Impala and then to the snail’s pace of the 5 Fulton. Discovering that the trio would headline WillCall’s first pop-up show was a clear sign to not miss them again. The architecture at The Regency Ballroom’s Lounge is simply astounding. Elegance trumps creepiness in the great golden elevator, and the rose-tinted performance space works for everything from Shakespeare productions to Phantom of the Opera-themed wedding receptions. 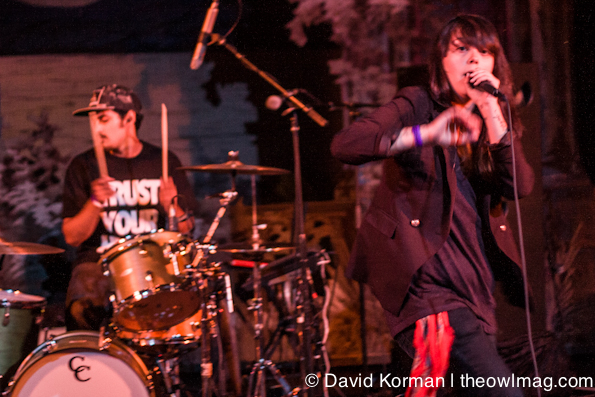 Sacramento’s Sister Crayon displayed no such flair for the theatrical, turning the stage into a gothic bedroom for the forgotten children of trip-hop. Terra Lopez stalked the shadows in a perpetual b-girl stance, stopping only to run her impressive pipes up the scale. Jeffrey LaTour whipped up ominous tones while Omar Barajas and Dani Fernandez provided thick slabs of percussion. Their synergy was striking, though the drum kit frequently overpowered the beat machine. After an initial shot of vigor, the quartet’s set dissolved into a succession of mid- to down-tempo compositions that were increasingly difficult to differentiate. They also couldn’t compete with the steady stream of boisterous latecomers. Geographer then set-up and disappeared for about as long as Sister Crayon played. The DJ spun Neon Indian and nondescript techno remixes while the crowd doubled in size and drunkenness. 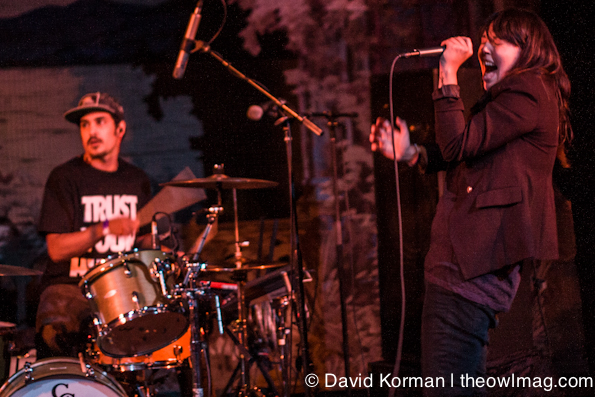 Michael Deni, Nathan Blaz, and Brian Ostreicher re-emerged and dove headfirst into symphonic synth pop. Deni’s peerless voice replaced the oxygen in the room, and everyone gladly breathed it in. Unlike other acts that take half a dozen people to sound like one person and a laptop, Geographer does the work of at least twice their number. Fans rode imaginary pogo sticks during “Lover’s Game,” danced up a storm during “Verona,” and “ooh”ed in unison whenever the moment presented itself. 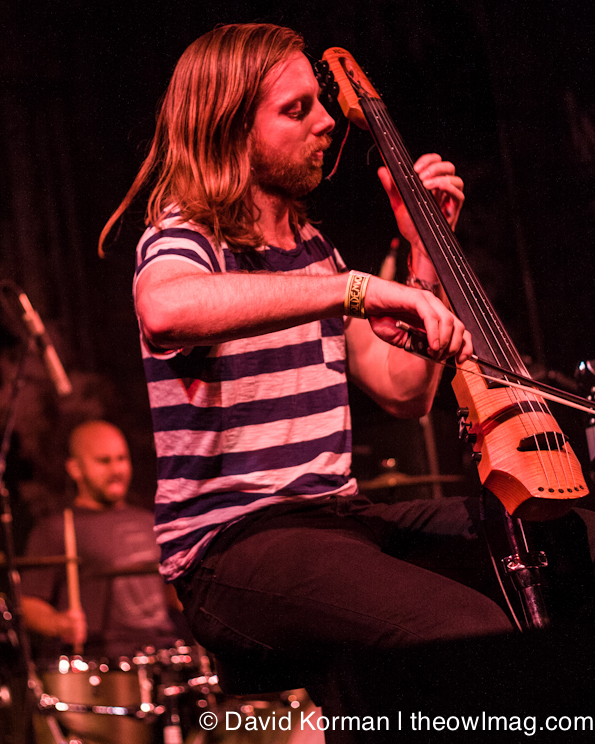 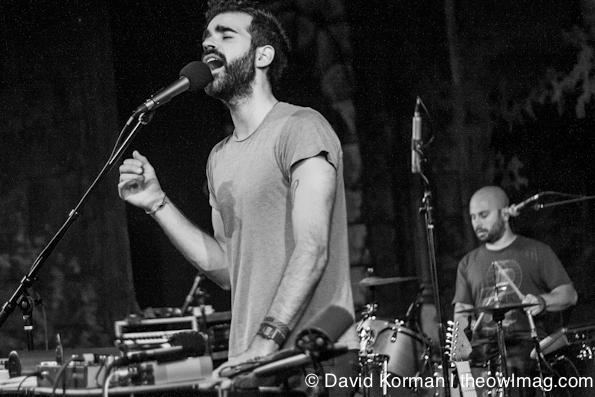 Performing for a crowd familiar with even Animal Shapes meant Geographer was inundated with audience participation, thus preaching to the converted. Myth‘s drearier sections, like the M83-lite “Blinders” and “The Boulder” left casual attendees unmoved. Luckily, the trio had planned a brilliant one-two-three-punch. The hypnotically moody “Kaleidoscope” plunged into the morose banger “Life of Crime” before a beautiful release re-raised the room’s spirits. Few songs can simultaneously provoke slow dancing, head bobbing, and fervent flailing. “Kites” moved every single body in the audience, and edged Geographer’s hometown hero status closer to, well, not Metallica, but at least Thee Oh Sees. 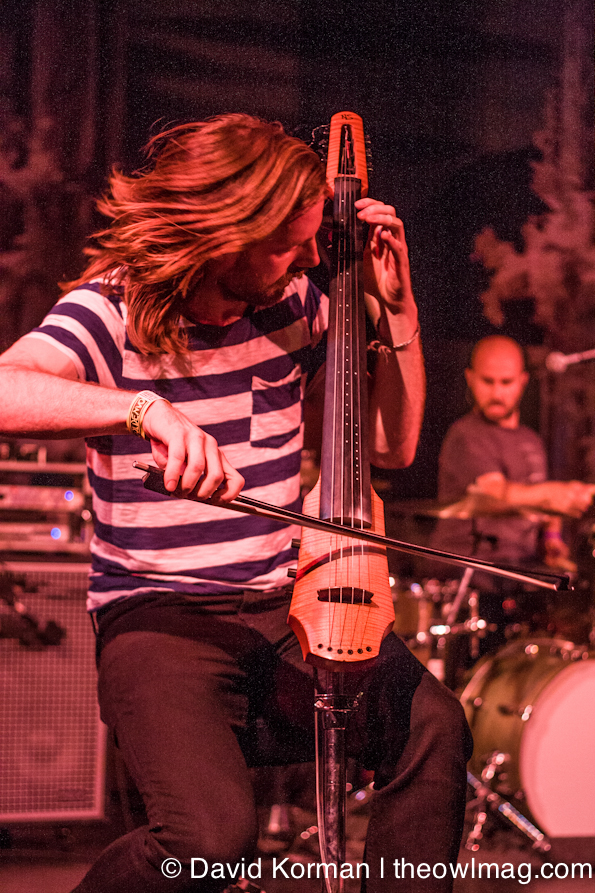