With a steady pace, bright neon hued stage, and a packed crowd, Fun. transformed the two story Terminal 5 into an electric pulse of energy. 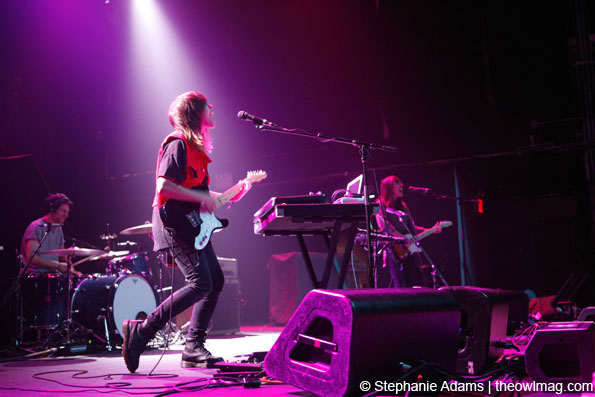 Now Now
Props to opener Now, Now for warming the crowd up, but there was a palpable tension in the air as we awaited Fun. to take the stage. Front man Nate Ruess (formerly of The Format fame) led the march with his rock star worthy dance moves and clever manipulation of the stage. Wearing a bright yellow “Fun.” merch tee-shirt, he seemed to fully embrace the success and development of his sophomore project. 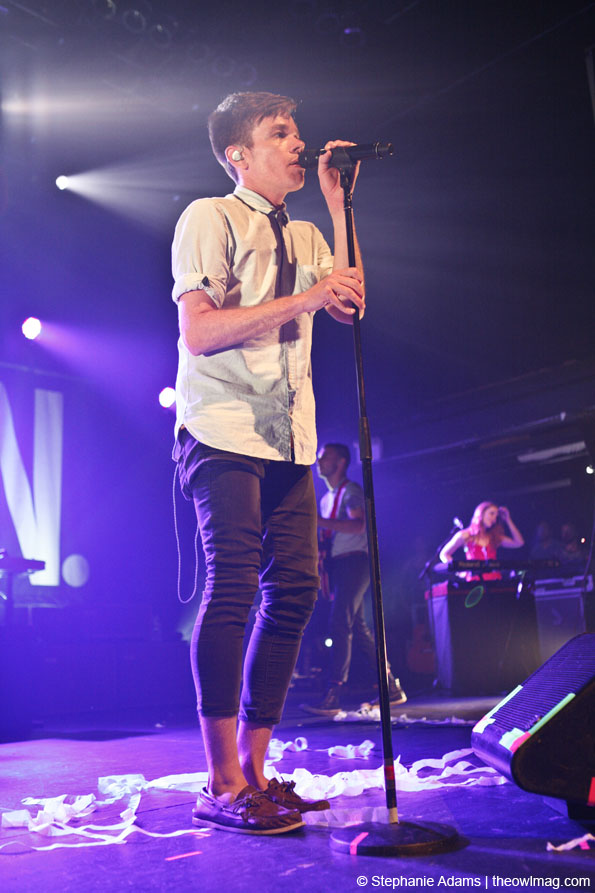 With a massively successful album under their belt and a string of hits, including a feature on Glee (their tune “We Are Young” ft. Janelle Monae appeared on the hit Fox show), it’s no wonder Fun. had a lot to celebrate on Saturday night. “I guess this is our homecoming show!” Ruess slipped to the roaring crowd. As New Yorkers, it seemed Fun. were content to share a night with the city, as much as with their New York fans. 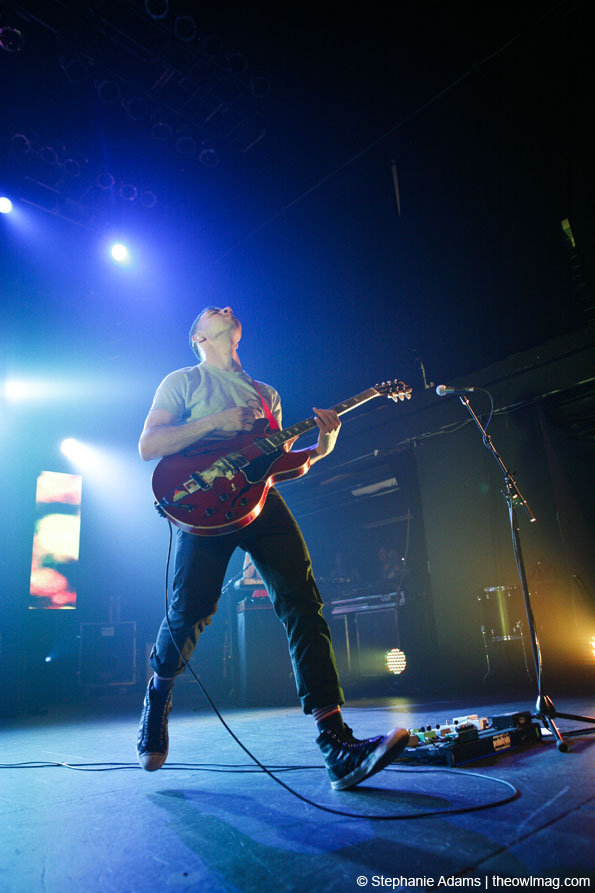 Launching into mainstream hit “Some Nights,” Fun. fully embraced their stage theatrics, reminiscent of a modern day pop-punk version of Queen. Shooting a sea of streamers into the crowd, Fun. did not shy away from cheap tricks, even though the fans seemed to eat it up. On stage, the light show fused with the high energy of the crowd (and strange videos of bubbles) to propel the show forward, as Ruess & Co retraced their steps through their sophomore album Some Nights. 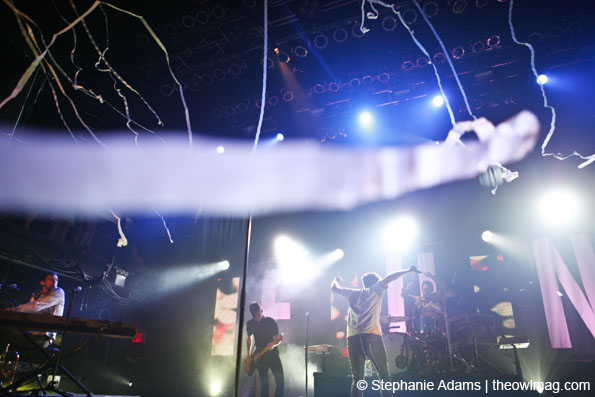 Fun. proved what we already know their success is – high energy, pop-punk summer jams with hooks the whole family can enjoy; but the moments of low energy showcased Ruess’ songwriting prowess as well as his exceptional vocal abilities. 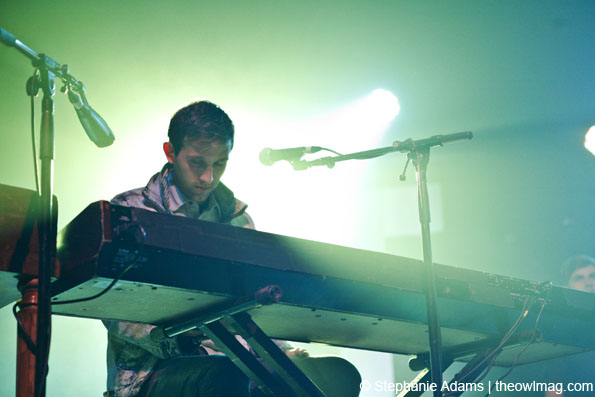 On “All Alright,” the crowd swayed and sang along as Ruess repeated “I got nothing left inside of my chest / but it’s all alright.” The feeling was mutual. Almost completely identical in performance to the record, it felt as if Fun. invited us all to share in the creation of the album, to embrace the record as a whole for better or worse. It was, dare I say, a whole screaming mess of fun. 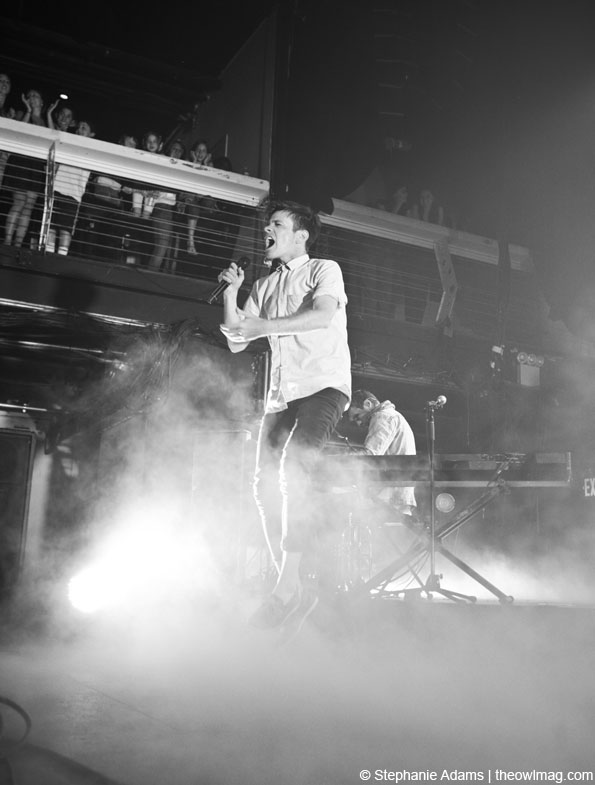 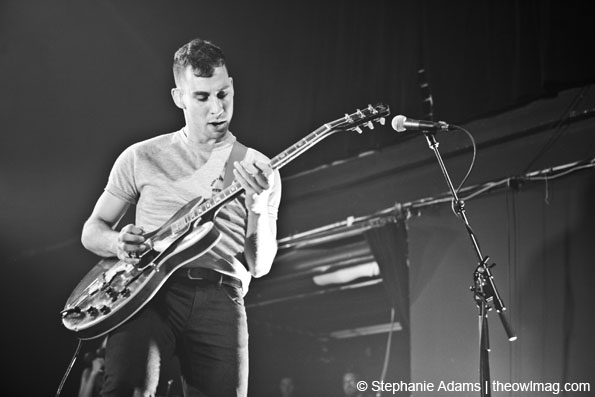 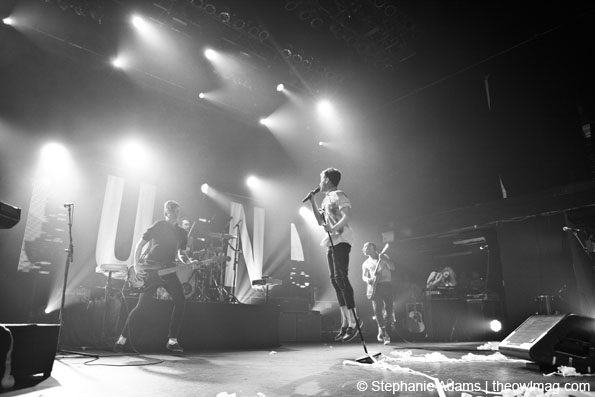 Click here for more photos of Fun. with Now, Now at Terminal 5.