Following the success of this year’s Slow Focus, Bristol’s duo Fuck Buttons have been making the rounds on American soil. Slow Focus, that enormous, rolling industrial force of an album (released by ATP Recordings in July), seemed the perfect match for the Independent’s unadorned, austere aesthetic. 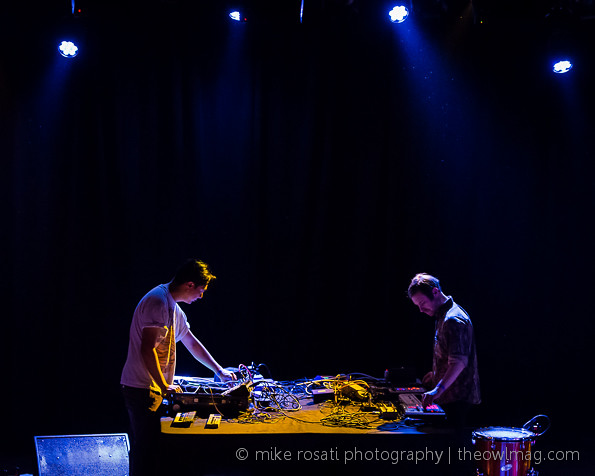 It was—but in an odd way. Fuck Buttons’ presence as musicians is contingent upon a lack of human passion and a defiance of traditional (and perhaps very outdated) notions of organized sound. Their music is machine-like, streamlined and esoteric—it evades a sense of human connection and instead makes the listener more aware of their own mortality in its absence.

Key signatures are meaningless, and therefore the capabilities of sound are endless. The definition of a “song” is loosened, and so what it means to be “a musician” is grayed. Without the guidance of those constraints traditionally associated with musicianship, how do we measure the talent and skill of the composer? 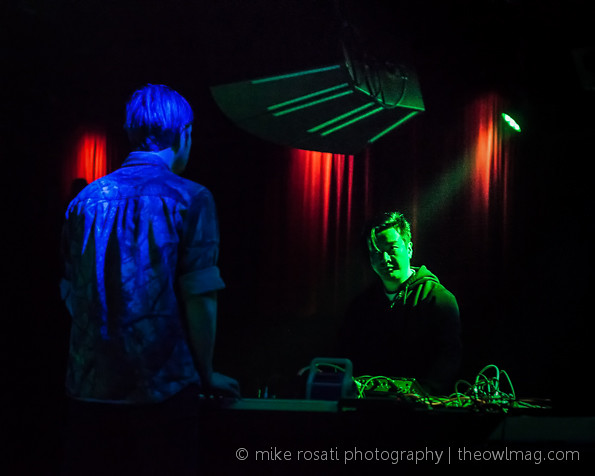 Fuck Buttons entered the stage into a dim violet haze. There were no instruments in the classical sense, save for a single drum on Ben Power’s side. Scattered and tangled on the table that sat center stage were a few soundboards, dozens of wires, some of which were illuminated in neon, and a microphone.

Their set was dense and invasive. The presence of Power and Andrew Hung onstage alluded to the presence of the heaviness of human profundity—and that’s where a disconnect happened. Slow Focus was so successful because of the manner in which it made an inhuman, musical cycle of rigid, cold steel affecting. As listeners, we felt warmer because the music was so cold. Hearing, or rather, seeing it performed live gave it a more human point of origin. It gave the machine a face—a corporeal presence. Rather than reiterate the music’s automatic feel, it gave it heart. 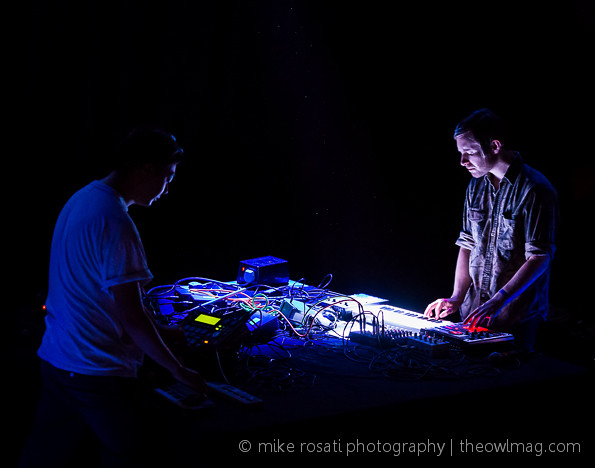 Are we better off not seeing the bodies behind the sound so that we can maintain the illusion of its mechanized origin? No. Sometimes people are themselves machine-like, trapped in endless staid cycles of monotony. With Hung and Power onstage, this music developed on that—it gave drama to the predictable and provoked a reaction. Like Power playing that drum live, it hinted at the chance of human fault and imperfection. It presented the possibility of error within their precise and calculated industrial post-rock. It was existentialism, not nihilism, personified.

Check out more photos of the machine-like Fuck Buttons HERE!