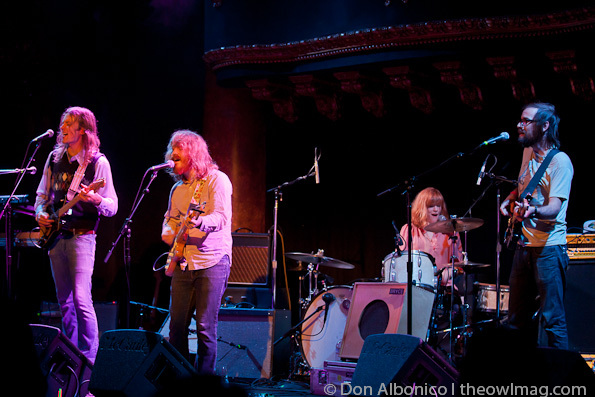 When a redheaded female with adorable bangs, a cutesy red dress, and bright red lipstick walked to the drumkit on Thursday night at Great American Music Hall, that was all anyone in the hundred-or-so person crowd needed to see to be slightly interested in the Parson Redheads. From there on, these openers filled the venue with sounds plucked straight from the ’60s, if not straight from The Byrds tour bus. 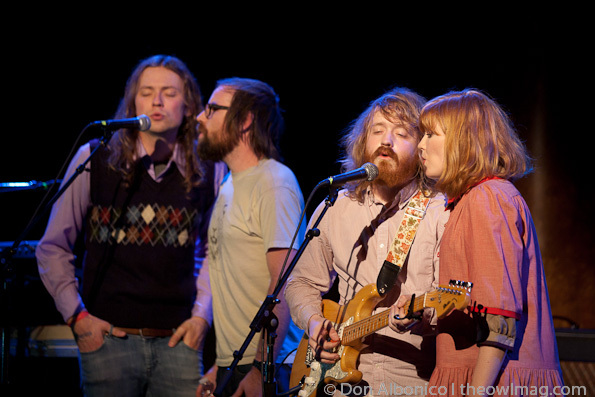 The long stringy hair of the Parson Redhead men didn’t help to disprove this theory. But if I’m dating myself mentioning their Byrds-like aesthetic, then a more contemporary comparison would be a noisier Fleet Foxes as the Parson Redheads have mastered harmonizing. So much so, that they grabbed everyone’s ears with an a capella Beach Boys cover of “Surfer Girl.” It was flawless and if that’s their regular shtick, then the Parson Redheads are a top-notch opener worthy of your earlier arrival. 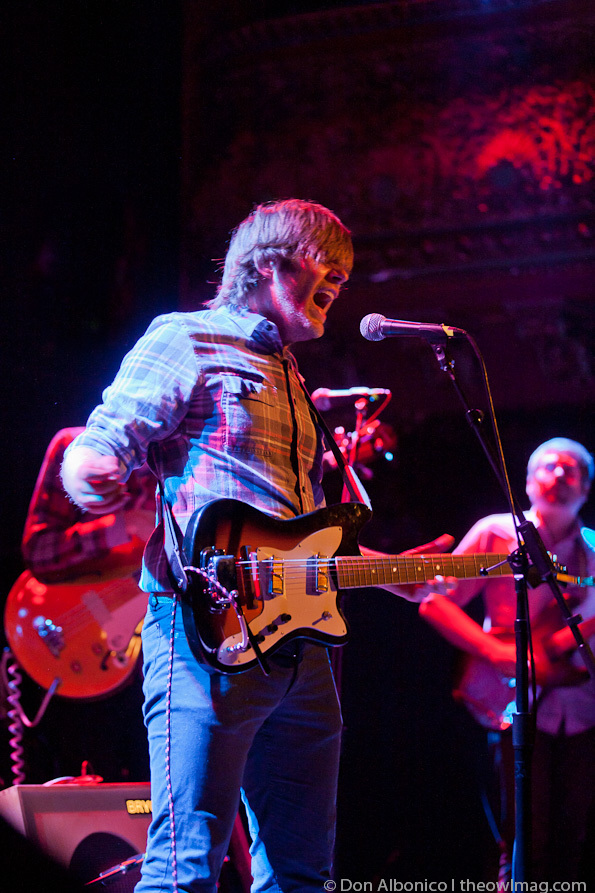 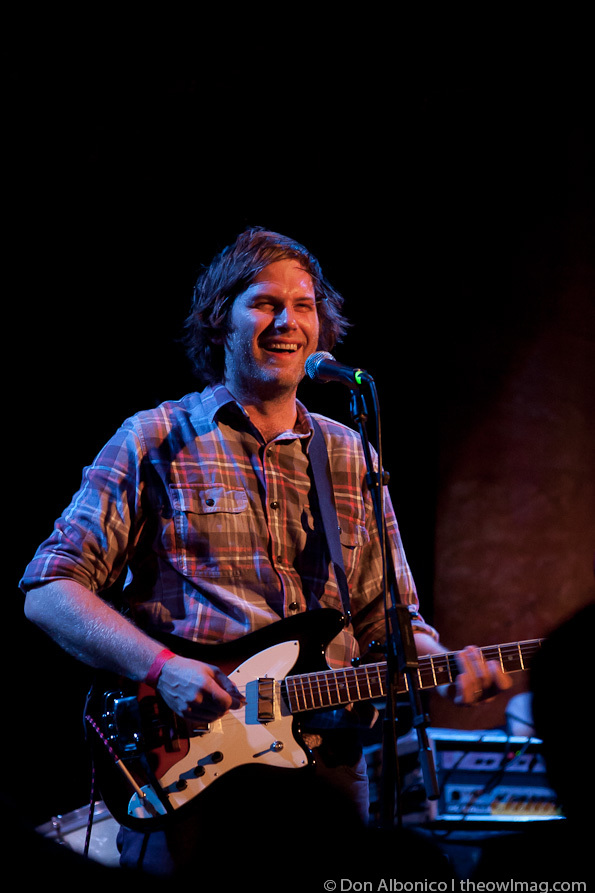 Then it was onto the headliners, the Fruit Bats, who found their places on stage before an intimate, yet highly attentive audience. The quintet who lifted their instruments have been through a handful of changes over the years, but lead singer and guitarist Eric D. Johnson has always remained. In fact, Johnson mentioned that the last time the Fruit Bats played Great American was in April 2002, and it would be safe to guess that Johnson is the only Fruit Bat still on stage since that last go. 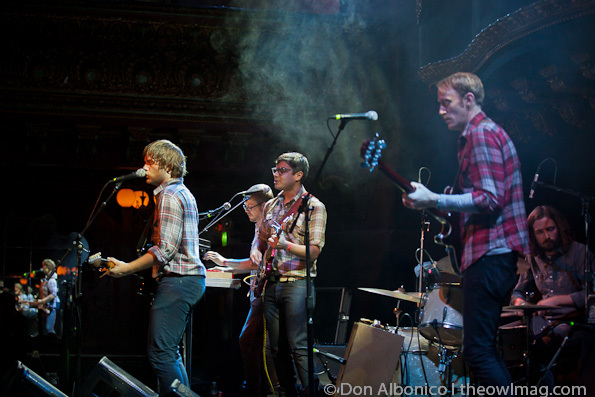 So it was Johnson, a man whose looks fall somewhere between pint sized soap star and dreamy Marlboro man until he slipped his thick framed glasses on at the end of the night. First, he led his band straight into “You’re Too Weird,” “Tony The Tripper” and “Heart Like Orange,” three new songs off their latest and generally positively reviewed album, Tripper. The diminutive crowd got raucously loud. They loved him. The new songs sounded even more excellent live.

But like a well aware musician, Johnson offered that this would be the end of new songs for a bit and the bulk of the set then fell to older tunes, mostly from 2009’s The Ruminant Band. Folk-country-rock songs were abound and when their modest hit, “My Unusual Friend” made its way into the mix a small dance party was underway at the back of the concert hall. The movements spread throughout the night, especially with the help of a tambourine, which made it impossible to stand still. During “When You Love Somebody” the whole assembly was foot stomping and hand clapping. 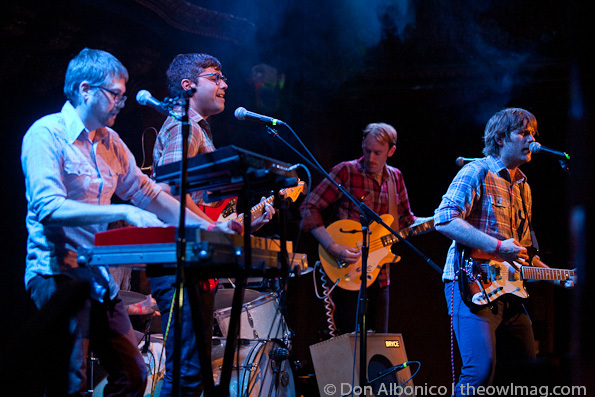 At the height of the dancing, the tambourine and all instruments were laid to rest for a break. However, the pulsating continued as the crowd rhythmically stomped, demanding an encore.

First Johnson returned for a solo rendition of “Singing Joy To The World,” afterwards his band mates reappeared, and then guest guitarist Bob Parins from Vetiver joined the mix as they closed out the night with “The Ruminant Band.” Even if these guys weren’t the ones on stage back in ’02, it sounded so tremendous you’d have never questioned that they haven’t been together for ages.