The setting couldn’t have been more perfect. Steeped in history and culture, you can feel the feel rock and roll’s rich past once you climb the steps of the Fillmore. The bucket of red apples awaits you like an invitation to bite into something sinful. 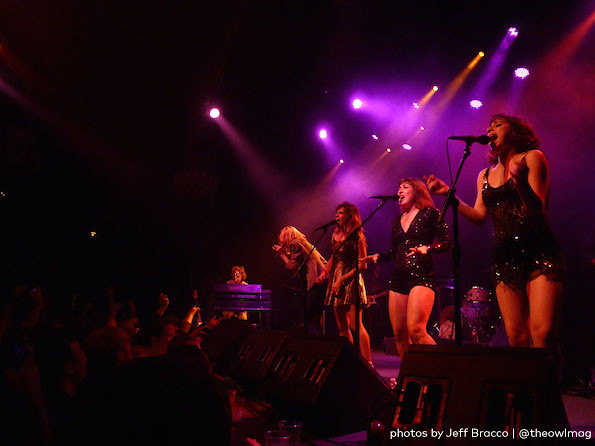 LA’s Foxygen are disciples of rock’s history and excess, highly influenced by the late 60’s and 70’s. They sound like Exile on Main Street-era Rolling Stones mixed with the Grateful Dead, Bowie, and the Velvet Underground, among others. 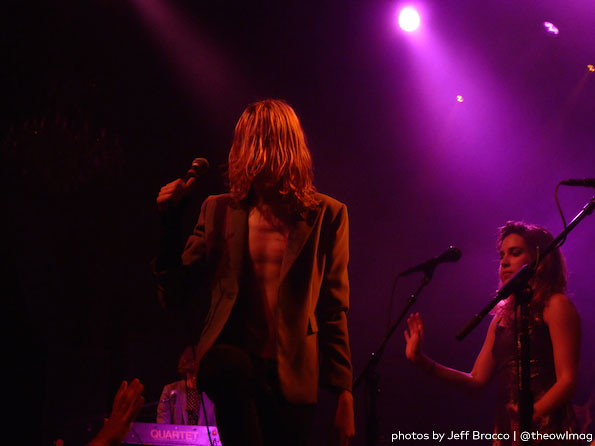 With the band’s new record …And Star Power, our expectations were high. The record can be slow and tender at points and we learned immediately by the first song “How Can You Really” that the band was going to amp up the songs live. 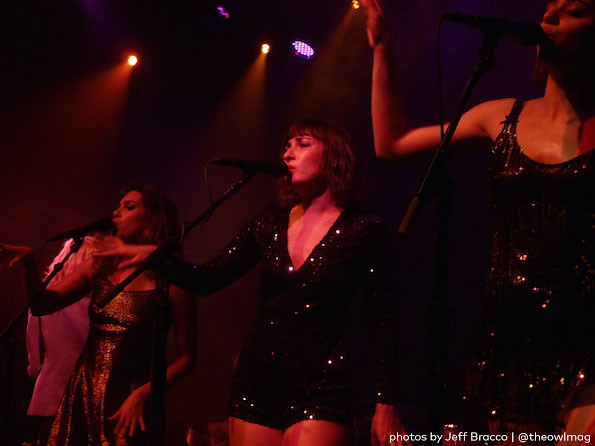 Lead singer Sam France is on 100, jumping and kicking, seething and gyrating around the stage like a young Jagger. His band matches his energy, especially his trio of female back up singers. If you weren’t familiar with the band’s music, you could still be completely entertained by their performance, fully committing to the rock and roll ideal. It’s sexy and reckless. 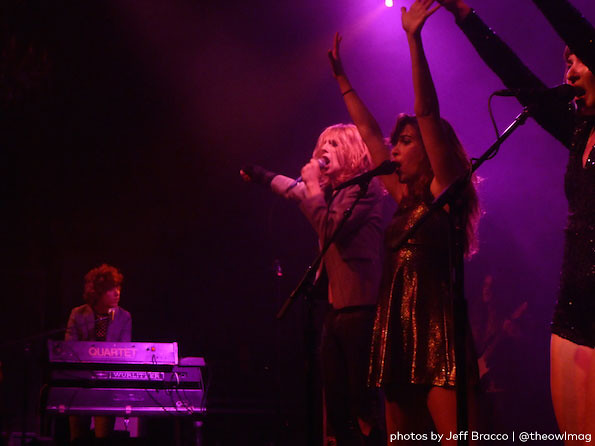 The group ran through their songs, mashing them together in a furious mess. It was difficult to tell where one ended and the next began, but it was exhilarating, and the energy was intense. Co-founder and producer Jonathan Rado kept the groove going, switching from the keyboard to guitar. Highlights of the night were “No Destruction”, “On Blue Mountain”, and the epic “Cosmic Vibrations”.