The second year of Monterey’s First City Festival touted an impressive collection of our indie favorites amidst a back drop of cotton candy, carnival rides, and a clown singing “The Star-Spangled Banner.” 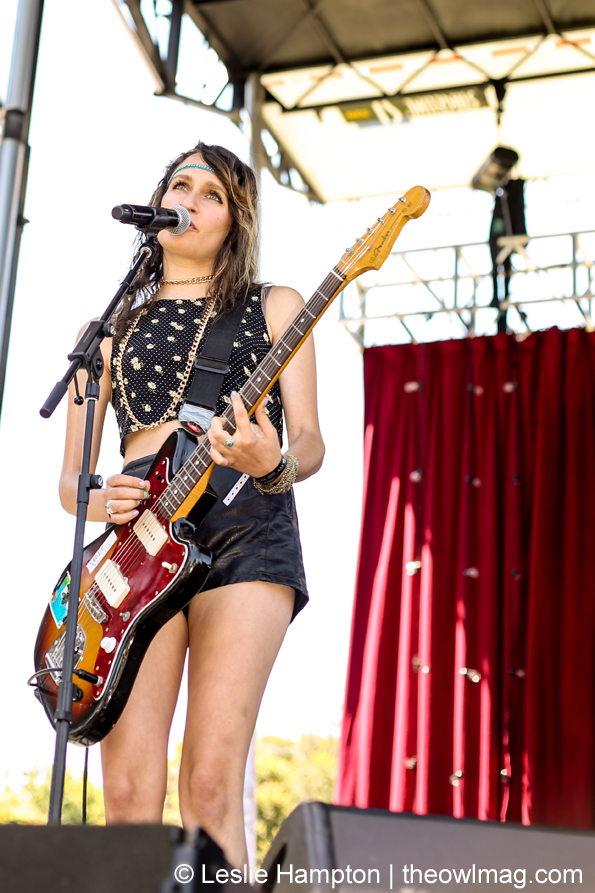 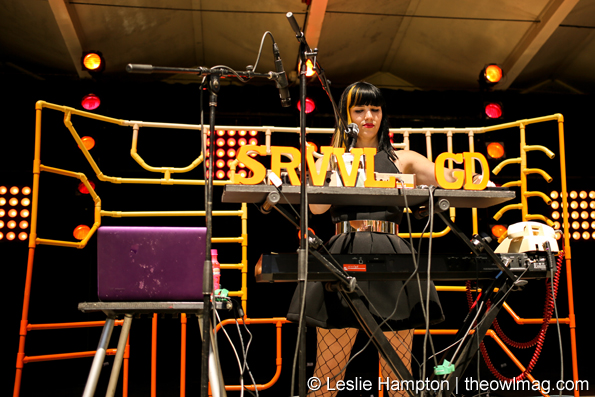 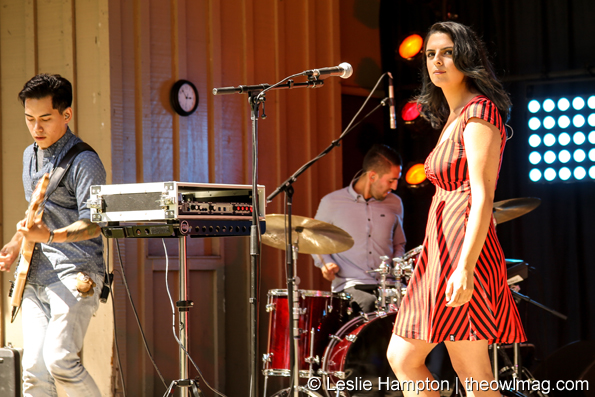 Speedy Ortiz may look younger than the Girly Sound recordings that inspired them, but their take on grunge is palpably poised and mature. Survival Guide and Doe Eye served up electronic pop whimsy directly across from deep fried Twinkies and bacon wrapped corn dogs. 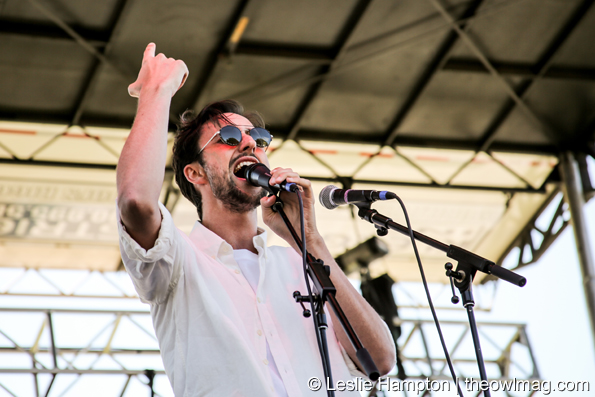 How To Dress Well

How To Dress Well drove many away with a series of overemphatic bass drops. Dulcet R&B-tronica trembled when it should have massaged. Tom Krell addressed an imaginary backstage Beck one too many times, like Clint Eastwood vs. empty chair Obama. 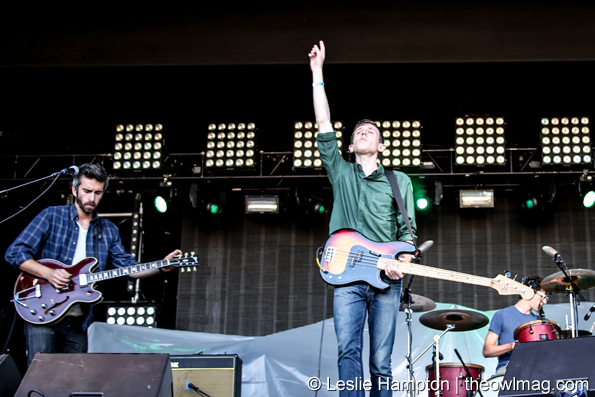 Ontario’s Tokyo Police Club kicked off a salvo of high energy yet same-sounding performances (not counting Vau De Vire Society’s acrobatic burlesque dancers). Playing their last show for a hot minute, they got everyone clapping and “ooh”ing in all the right places, but only a select few could tell you which songs we were listening to. 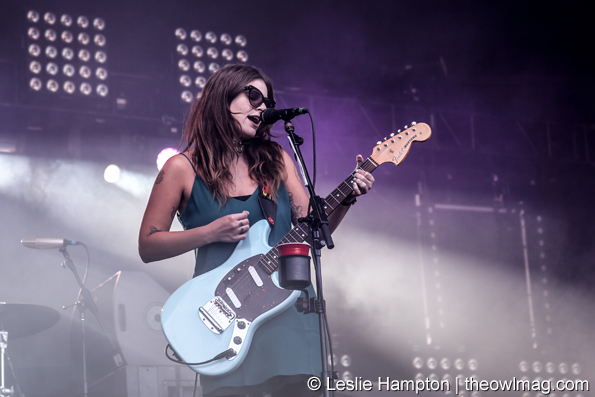 The same went for summertime stalwarts Best Coast. Die hards adoringly howled at Bethany Cosentino’s every note, head shake, and Saved By the Bell Lifetime movie plug. “When You Wake Up” and a new tune were bolstered by vigilant guitar melodies from Bob Bruno. But most of the assembled was just waiting for “When I’m With You” and “Boyfriend.” At least they’re retiring “The Only Place.” 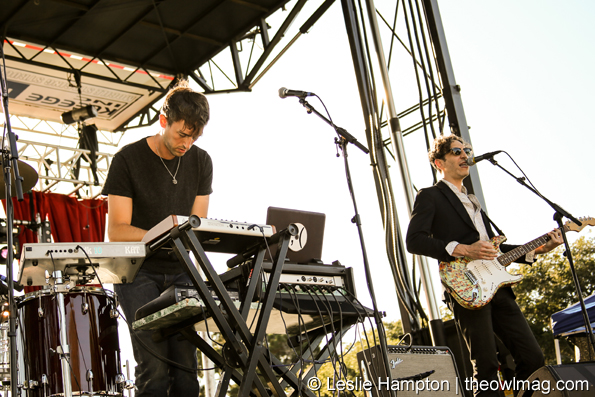 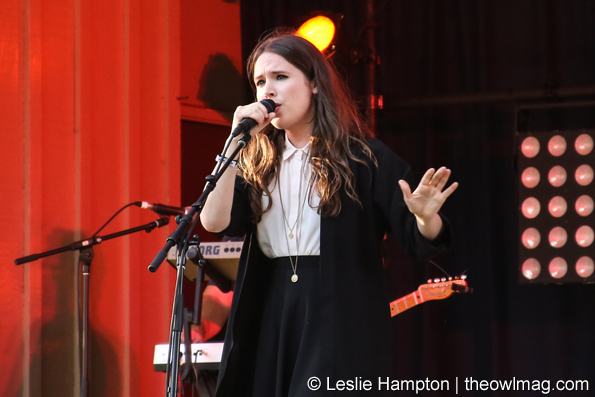 Tanlines got some but not all of their crowd bouncing. It may have been the county fair atmosphere, the abundance of shade to lounge in, or the mild weather, but most of Saturday was spent ambling and observing. Our greatest discovery was Mr Little Jeans, who got Manzanita stage’s audience to their feet with her prim/chic style, commanding voice, and a gorgeously gloomy techno cover of Arcade Fire’s “The Suburbs.” 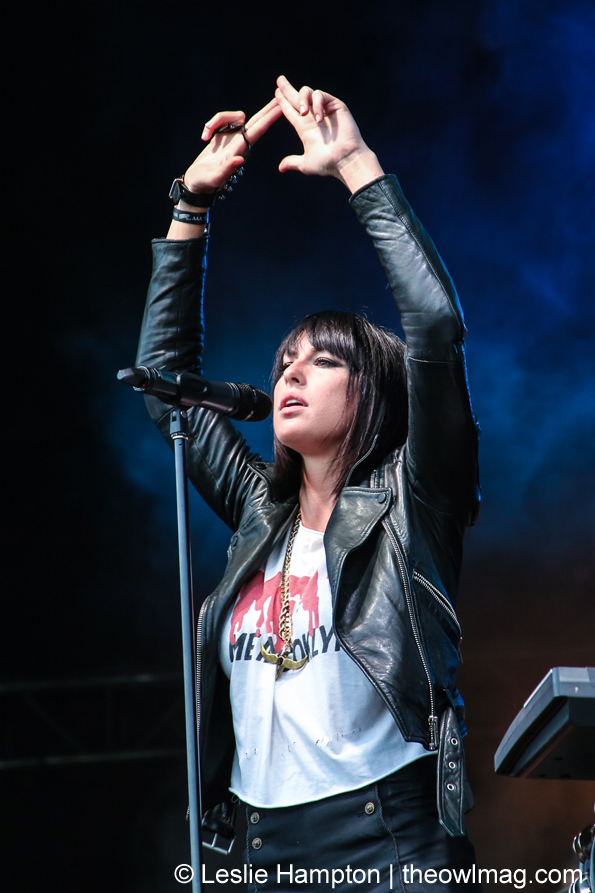 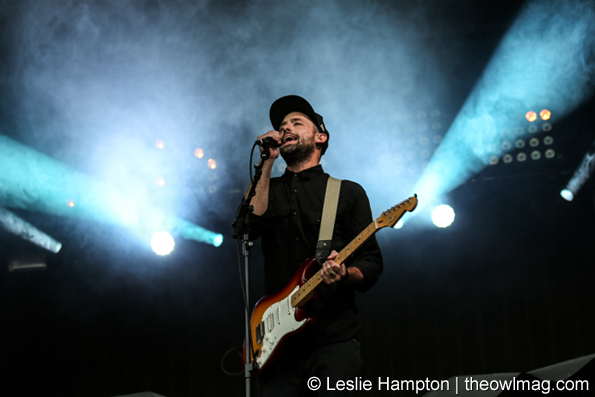 Phantogram, nouveau trip-hop’s standard bearers, packed them in at Redwood, but seemed to be coasting on their success way too early. Shrieks of joy for “When I’m Small” and “Don’t Move” were much more sustained than for nimbler jams like “Bad Dreams” and “Howling At the Moon.” Perhaps “Fall in Love” is their breakthrough but the rest of the album, inexplicably, is not? 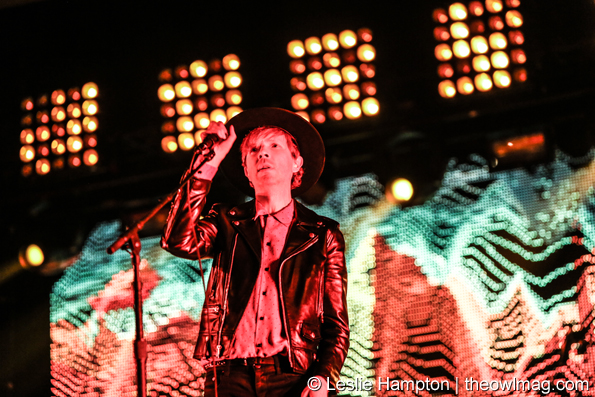 After two-stepping with funksters The Stepkids and a necessary detour to the swing carousel that once called Neverland Ranch home, we heard “Devil’s Haircut” echoing throughout the fairgrounds. Beck and his incomparable band (the “classic” 90’s lineup, if you will) effortlessly bounded from one genre to another. Spinning and sprinting, Mr. Hansen’s raps, croons, strums, and harmonica were all in peak condition. “The New Pollution,” “Get Real Paid,” and “Hell Yes” shot us to the stratosphere just as astoundingly as “Blue Moon,” “Lost Cause,” and “Wave” floored us. The antics got so raucous that Beck stretched yellow police line tape across the front of Redwood stage. This career-spanning tour de force towered over every other moment of the day. Except, perhaps, for the bumper cars. 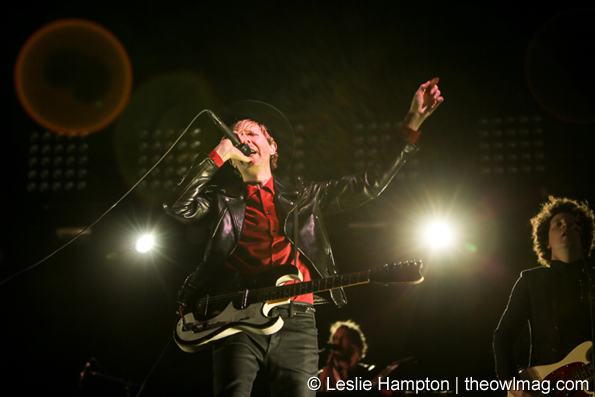