“We freaked out when we found out Delaware was getting Firefly, nothing ever exciting happens here as far as music goes,” said a few people of the Dover vernacular. As festival culture has rapidly expanded in the past 5 years, there have been newfangled events in places that haven’t hosted anything in the past. This time around, it’s Firefly Festival and it is hosted in Dover, Delaware. Here are some highlights of the first two days of the festival. (Day 3 highlights to be posted tomorrow.) 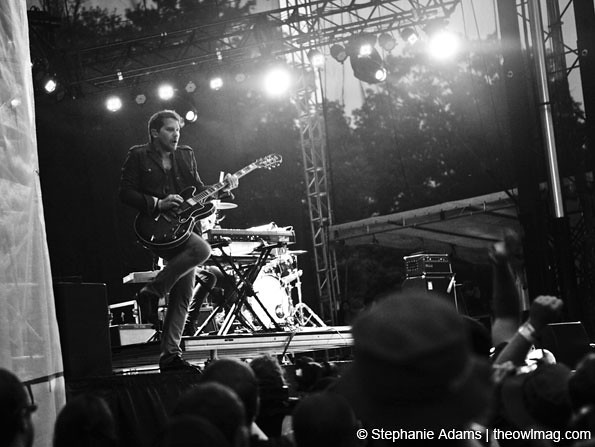 Silversun Pickups
Silversun Pickups
After performing three songs, the band re-tuned and kept silent for a minute. Then the introverted Nikki Monninger stepped up to the mic and softly said one word that set the crowd on fire, she said “Thanks.” Silversun Pickups then went on a stellar rampage of rock that lasted close to an hour and a half. 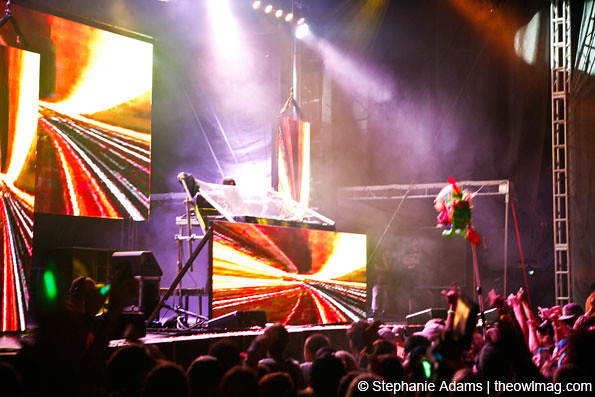 Bassnectar
Bassnectar
Who says the party stops when you reach 30? The 34-year-old Lorin Ashton aka Bassnectar threw one hell of a party in Delaware. Over 10,000 Bass Heads (yes, that is a real subculture) did some grade-A boogying to the wobbly dubstep of Bassnectar. Ashton’s backdrop often looped psychedelic pixelated images (think of what Gameboy’s Tetris would look like on mushrooms). Bassnectar’s performance further proved EDM as a lasting and sustainable genre. 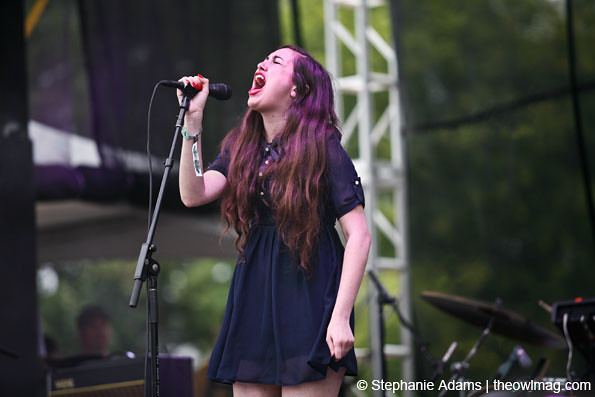 Cults
Cults
As Madeline Follin approached the stage in her navy blue summer dress at the Porch Stage, the tired and perspiring crowd sprouted up like canna lilies in July. Cults has come a long way since their formation in 2010. In front of thousands of people, Follin and Brian Oblivion, accompanied by their backing band, played a set of buoyancy and confidence. Follin grabbed her brunette locks and sang “You Know What I Mean,” a fair attempt at a Ronettes stylized sound. 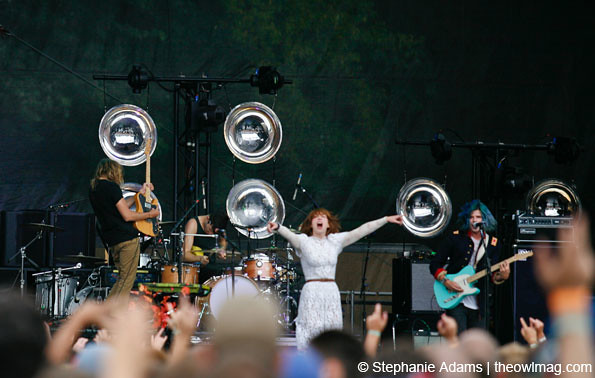 Grouplove
Grouplove
The go-lucky set of Grouplove was welcomed on the afternoon of July 21st. Their set consisted of nearly all of the tracks from Never Trust a Happy Song and “Don’t Say Oh Well” off of the Grouplove EP. As the band concluded “Tongue Tied,” one of their claims to fame, they ripped straight into a cover of Whitney Houston’s “I Wanna Dance With Somebody.” Sure enough, everybody seemed to be dancing with somebody. 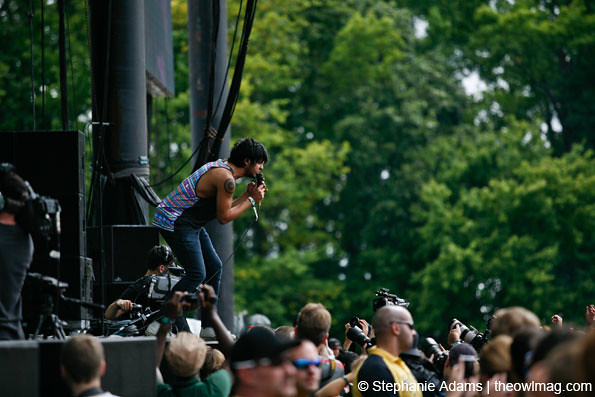 Young The Giant
Young The Giant
Under the name The Jakes, they released their first EP for a free download on Absolutepunk.net back in 2009. In the past three years, the band called The Jakes who used to be a mere buzz band that played the dinky stage at festivals, now is Young The Giant, the household name that played for stacks-on-stacks of thousands at the main stage of Firefly. Their hour set was a stream of perpetual energy and motion and fulfilled the rock-hungry stomachs of the Delaware crowd. 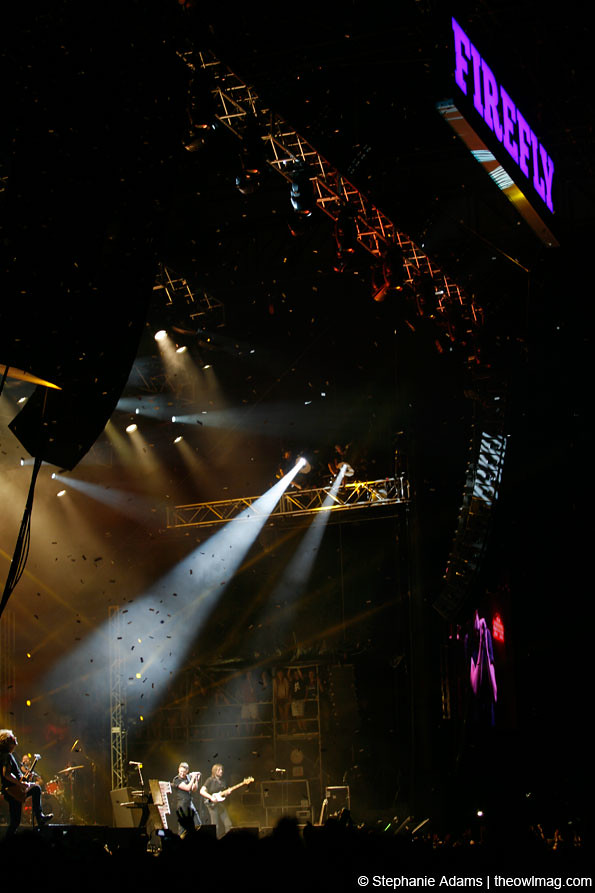 The Killers
The Killers
Brandon Flowers and the Killers crew went on a half-hour late. Whatever feelings of impatience and leg pain lingered for those 30 minutes, were quickly remedied by “Somebody Told Me,” the first song of The Killers’ set. When you are watching a Vegas band with an astronomically high touring budget, you cannot really be surprised to see fireworks and pyrotechnics. The Killers, accompanied by willow-styled fireworks was a solid end to the second day of Firefly.