LIVE REVIEW: Ezra Furman and The Harpoons @ Bottom of the Hill 5/12

They were wicked fucking awesome. The set was a perfect mix of new, old and older tracks including: “God is a Middle-Aged Woman,” “I Wanna Be Ignored” and “How Long Diana” from their debut album Banging Down the Doors; “The World is Alive,” “Take Off Your Sunglasses,” “The Moon,” “Big Deal” from their sophomore album Inside the Human Body (get this album now, seriously. No excuses.); and finally “Blood Sucking Whore,” “I Killed Myself But I Didn’t Die” and “Mysterious Power” from their newly released album Mysterious Power (Who am I kidding? All of the albums are superb because Furman and his Harpoons stay true to their sound without becoming repetitive. It’s almost unreal how they consistently turn out deeply poetic, sharply observational and totally genius lyrics with perfectly matched music. Whatever, just get them). 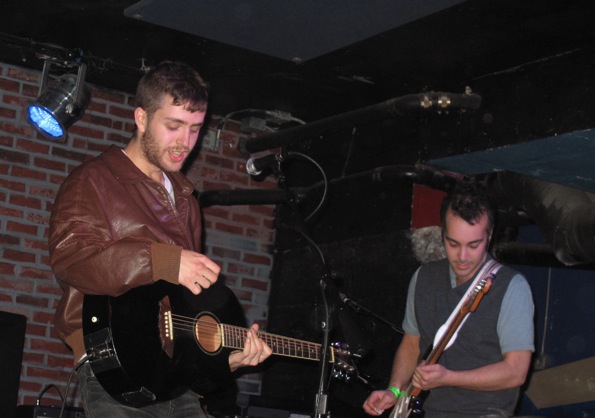 Harpoon shout outs: Job Mukkada is how I picture Elvis being had he been a bassist. The liveliest Harpoon kept me energetic with nonstop bouncing and stage-prowling, and his backup vocals were smooth as silk. Andrew Langer appears to be the calm center of the storm, his Buddah-esq mask slipping only during a few brief moments when he grinned hugely, the radiant guitar God in him shining through. And the heartbeat of the group, Adam Abrutyn, kept excellent time and company, with Mukkada and Langer orbiting his drum set periodically like planets around a sun. 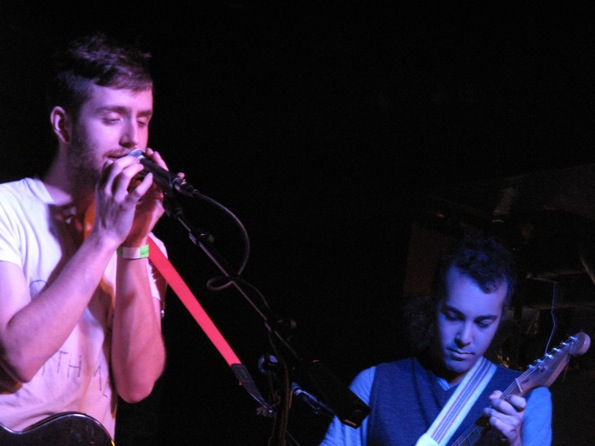 And Furman: a captivating mixture of shuffling nerdy, shy guy from the back of the class whose guitar strap just wouldn’t stay on his shoulders and authentic folk-punk rock star. A hero to the crowd of hipster squares in attendance, Furman admitted he had a cold but would ride the adrenaline rush for the greater good, and ride it he did. Even with a sore throat, the master yelper hit every note and even a few extra for the entire set. Feeling that the vibe wasn’t quite right to end on, Furman stayed onstage after the Harpoons took their leave and graced us with two semi-acoustic renditions, my favorite of which was the haunting “Pink Petals in the Gutter,” the unofficial theme of the evening. The awed silence that followed is entirely thanks to Furman’s one of a kind voice and stage presence, a modern King Arthur of rock who (I imagine) humbly did not know his own potential until he found the stage which, like his fans, was waiting for him all along. Come back soon, Ezra!