This was not the first time we’ve seen Everything Everything play live… or for that matter the second, or even third (the band cut their teeth by basically non-stop gigging round Manchester in the years before their big success) and nothing sums it up better than the straightforward truth – they get better every time. 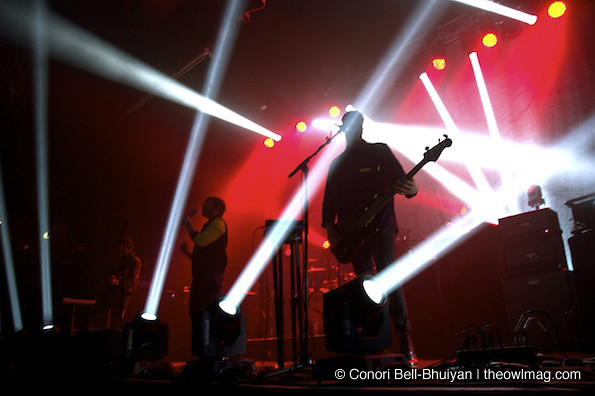 But before we get into that – let’s cast an eye at the double-billed opening acts. First up were indie electro-rock quintet Outfit who, despite being plagued with sound check issues, struggled on to play an intriguing set that made me note down their songs in order to take a proper listen another time – totally worth it, psychedelia-tinged tune “Spraypaint” is a great one. Act number two were Manchester’s own self-described “math soul” band Dutch Uncles. Their brief slick set got people moving – the lead singer’s frenzied dance moves bringing to mind the image a giant praying mantis more than anything else. 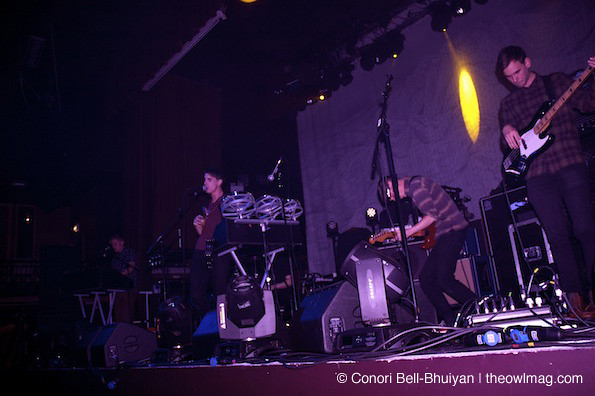 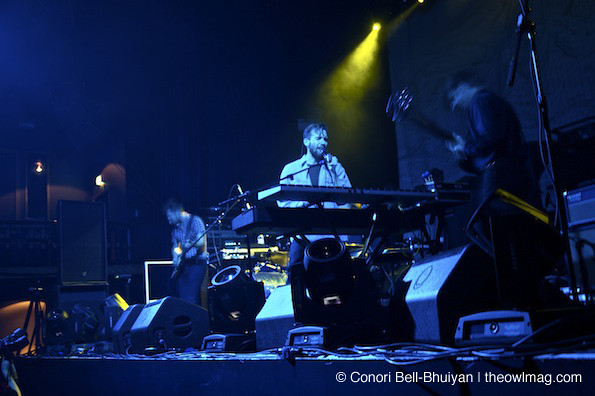 After a blissfully short wait the stars of the night emerge. Everything Everything opening straight away with the twinkling “Undrowned” (from their sophmore album Arc) and its sublime and oddly menacing falsetto. They followed this with a lineup of crowd favorites from across both albums, including the dizzying “Torso Of The Week” and a shout-out version of “MY KZ YR BF” – trading out lyrics in the first line to replace “Lucifer” with “Manchester.” On second thoughts, we’re not sure it that’s a compliment, but the crowd loved it.

Then without a word of warning all other band members slipped off stage leaving only frontman Jonathon Higgs. Standing alone bathed in red light he performed an acoustic solo version of the heart-aching “Tin (The Manhole)” while the crowd stared up in adoration of his soaring falsetto harmonies. Without being overwhelmingly chatty, Higgs took sometime to thank the crowd for “making their dreams come true,” hailing Manchester as the band’s starting point – even telling the story of how he wrote the lyrics to one song walking on the street right outside. 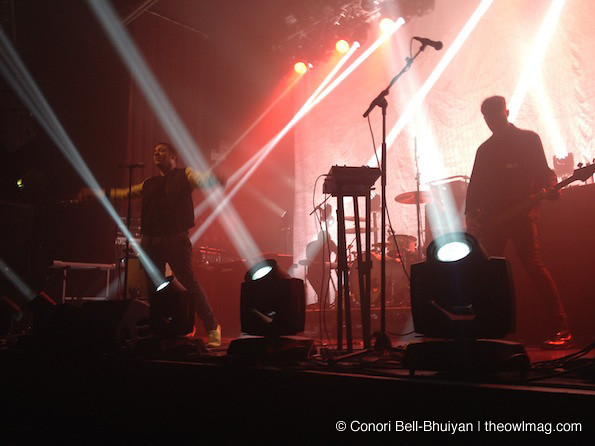 The set closed of with a punchy combination of the maddeningly polyrythmic favorite “Photoshop Handsome” and second album highlight “Don’t Try,” before returning for an encore that included the jumpy pop single “Cough Cough.” Awesomeness reigned.

Check out more shots from the gig HERE!