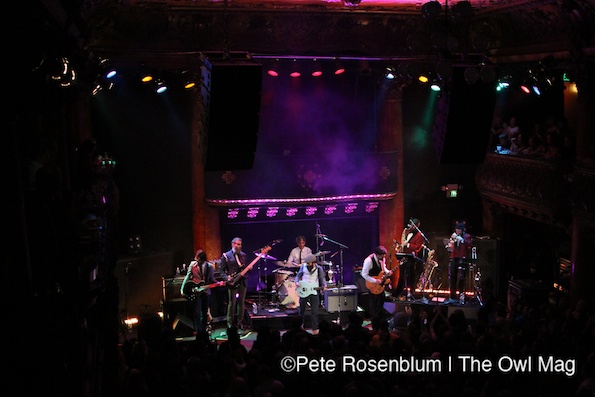 Coming off the heels of a recently finished concept album trilogy, E and his Eels hit the stage Thursday, August 11th at SF’s Great American Music Hall. GAMH proudly advertised that the show was sold out for the band and its opener, The Submarines. While mingling and waiting for the show to start, an Elvis (or should I say ‘Eelvis’) impersonator came onstage and began the evening’s festivities. 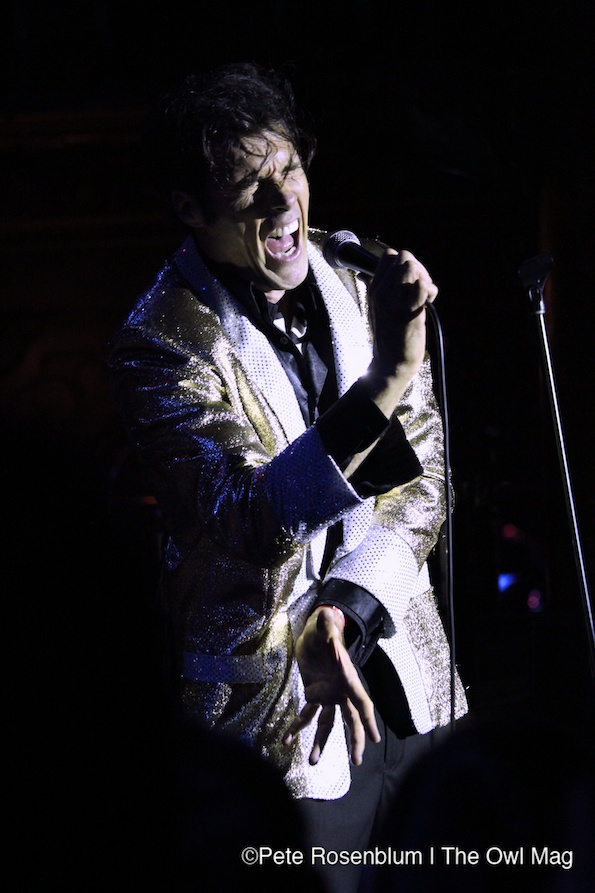 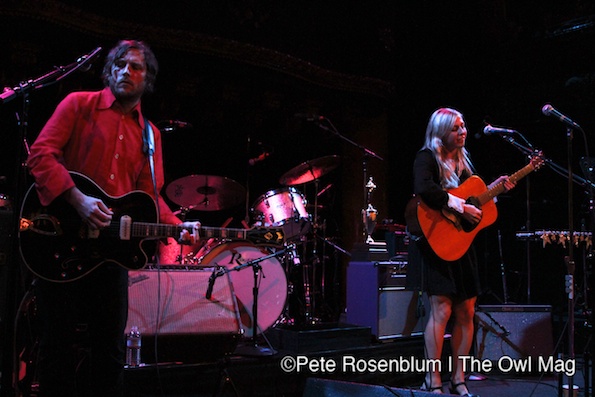 Four classics and a rowdy crowd later, we were all set for indie folk band The Submarines. Blake Hazard and John Dragonetti took the stage with two guitars, one xylophone, and an absolutely enchanting set, featuring their hit “You, Me and the Bourgoisie” as well as a stand-out performance from Hazard with “1940”. Set changes were quick and made it so that even the most hardcore fan barely had time to grab their beer and meander back before the Eels took the stage. 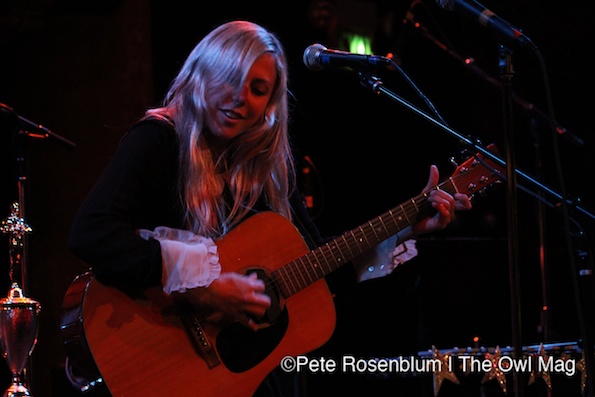 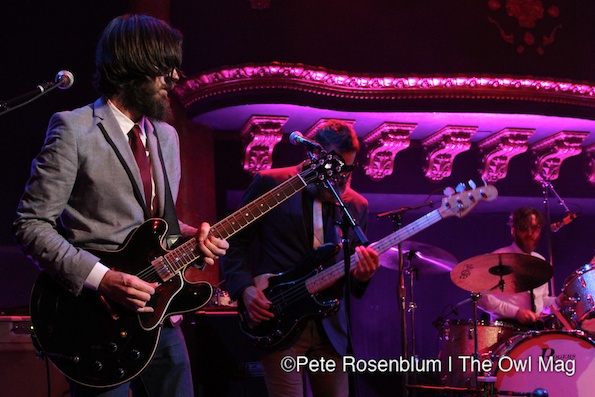 A full horn section backed the band, trumpeting in the opening bars to the Beatles’ “All You Need Is Love” as everyone composed themselves, before launching into “That’s Not Really Funny”. The band instantly hit a groove when a honking baritone sax blasted out the main riff of “Flyswatter” and propelled the band through over twenty songs. 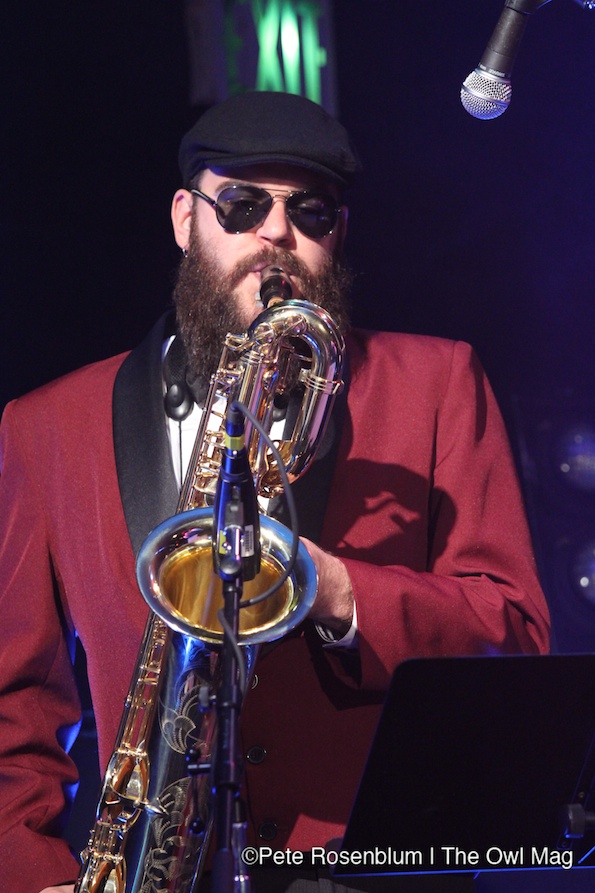 E’s Brian Wilson-esque (the pitcher; we are in SF!) beard and giddy stage presence was infectious. Every few songs he’d say something like “I’m having fun!” or “I’m happy in my pants!” The audience was definitely with him on that. A surprise cover of Sly and the Family Stone’s “Hot Fun In The Summertime” and San Franciscan banter made for a truly magical evening. 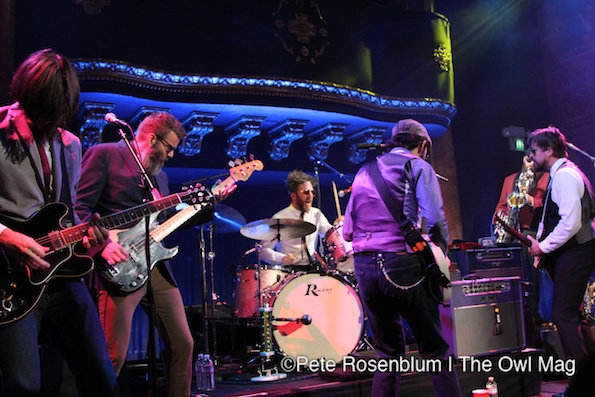 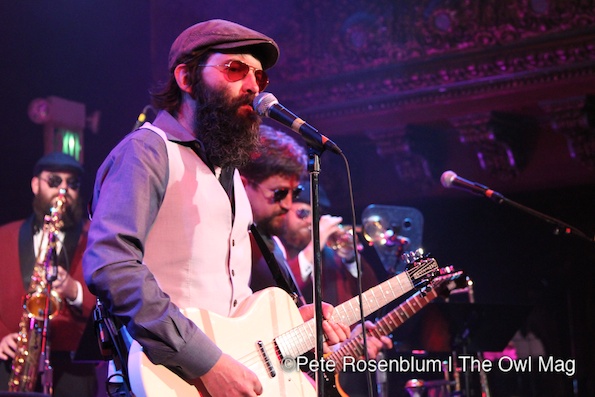 For the night before Outside Lands, it was impressive to see how many people had decided to kick their festival weekend off at this show. As the last notes of “Looking Up” rang out, E raced off the stage running near the bar to the streets in a sprint of celebration. Quite a few fans got to high-five him, of which I was one of them. Those who didn’t were already busy high-fiving each other and looking forward to the next show.

Click HERE for more fab photos of Eels & The Submarines!