Drew Grow is armed with a worn acoustic guitar; there is no pic guard. Hundreds of pale grooves mark the once-polished wooden face of his instrument. Like the knees of a child after a long summer at play, the scars are indicators of the love and labor that has gone into shaping Grow’s music. The sound produced when he strums is rich like dark chocolate. It’s 9:30 on a Friday night at the Great American Music Hall in San Francisco. Two bands from Portland are featured on the bill, Drew Grow and the Pastors’ Wives opening for Wild Flag. 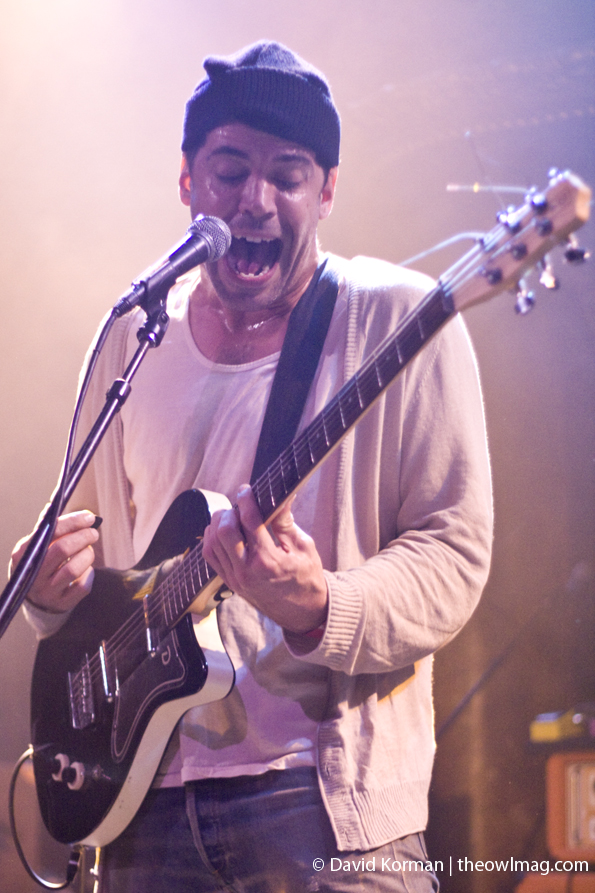 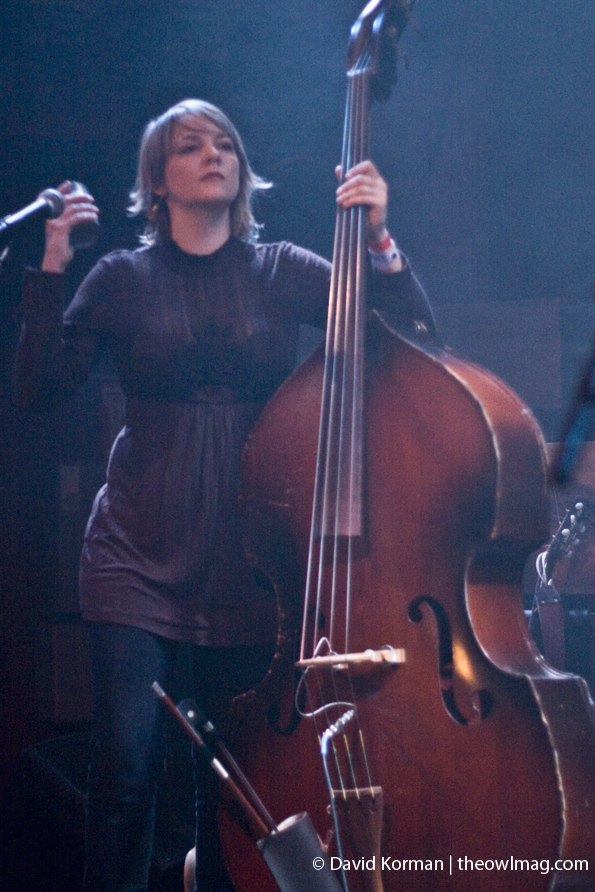 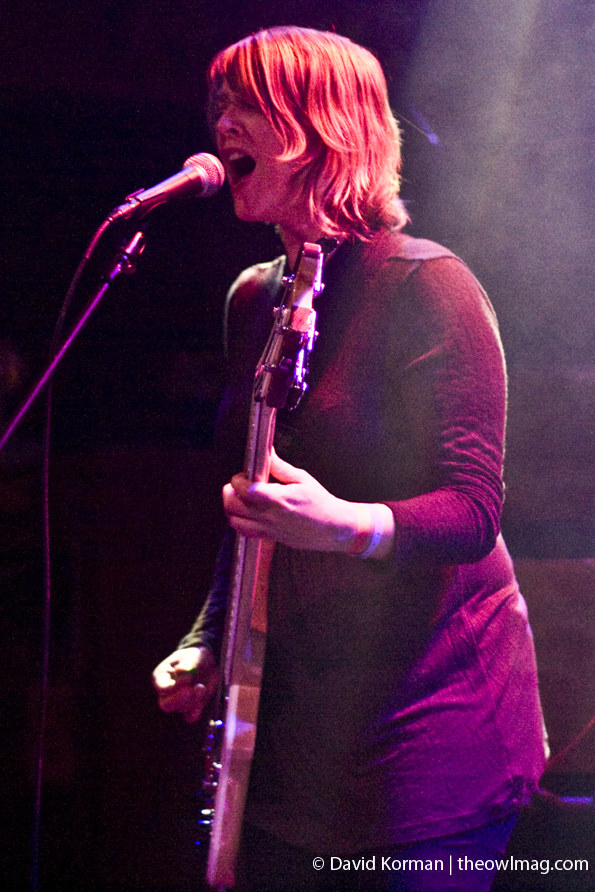 Songwriter Drew Grow leads the Pastors’ Wives, his backing band, consisting of bassist Kris Doty, drummer Jeremiah Hayden, and keyboardist Seth Schaper, with deft intention. Vocal harmonies bolster a sense of spirituality in Grow’s music. The voices of Grow, Doty, and Schaper blend and provide depth to each song. Drew Grow calls out his lyrics, at times yelling in raw raspy tones. This vocal presentation is refreshing. Drew Grow and the Pastors’ Wives is like Mumford And Sons combined with The Head And The Heart and Langhorn Slim. 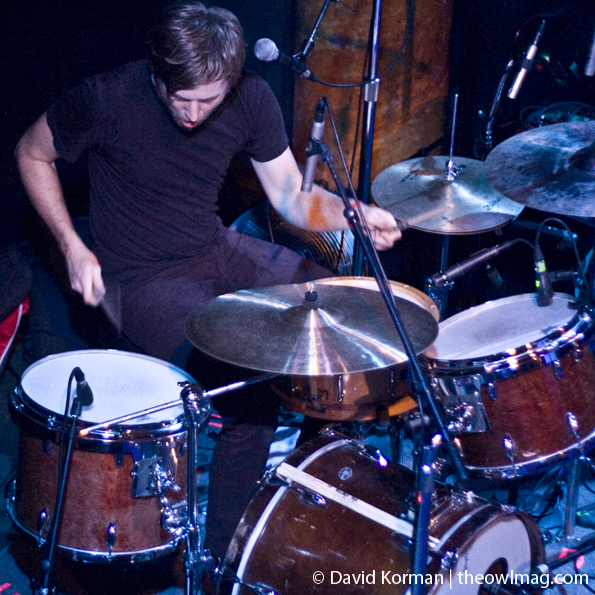 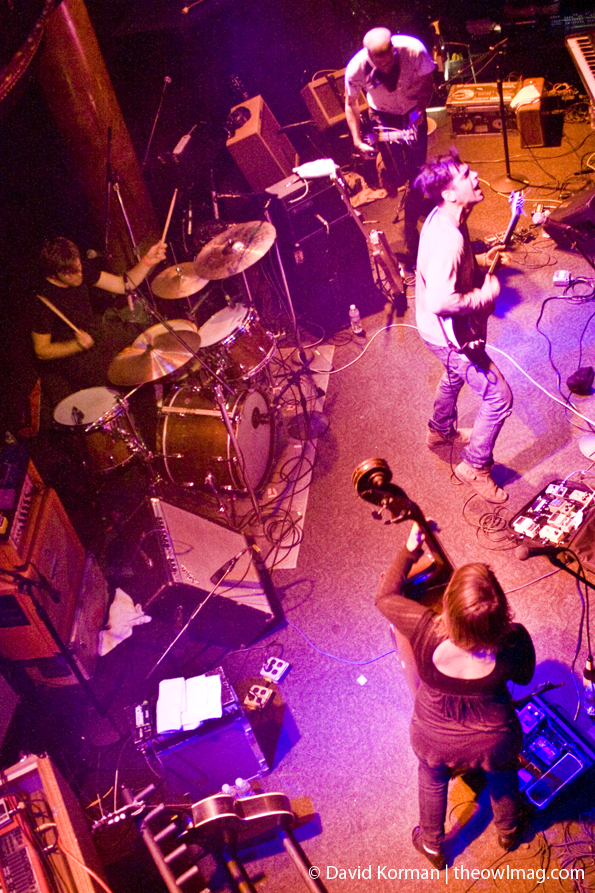 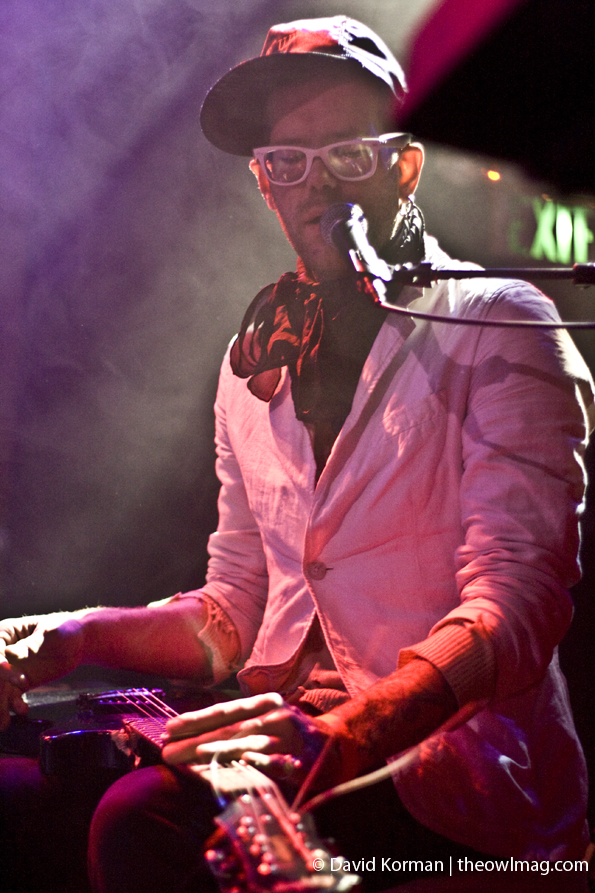 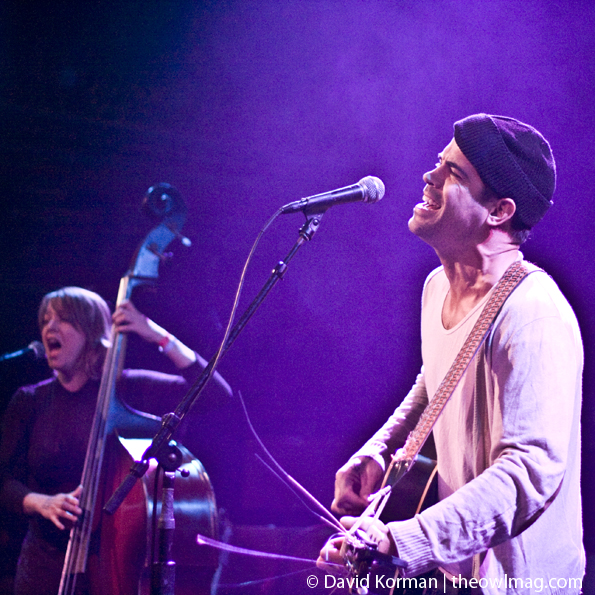 I first heard Drew Grow and the Pastors’ Wives when they headlined a free Sunday evening gig at the Russian River Brewing Company in July; John Courage and the Great Plains opened that show. The bands sounded really great one after the other because John Courage is urban-cowboy rock and Drew Grow presented a gospel-folk rock.

The music this time caught me off guard. There was way more guitar and keyboard distortion than I expected. Long high-pitched notes rang out from Seth Schaper’s keyboard. Grow’s guitar was too heavy and my connection to the music diminished with haste. Kris Doty’s low E on the upright bass rattled my innards and resonated throughout the venue; it was beautiful. But the vocals clashed with the instruments. Grow is a singer/songwriter, and these songs were written to be dominated by the lyrics and vocal instrumentation. Drew Grow literally breathes life into his songs and his choice to feature a heavier rock influence on his folk songs perplexed me. 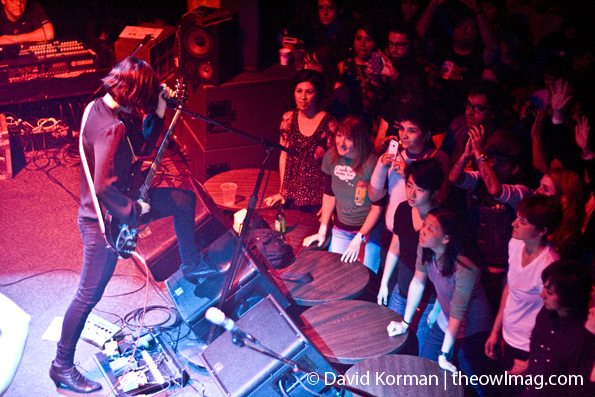 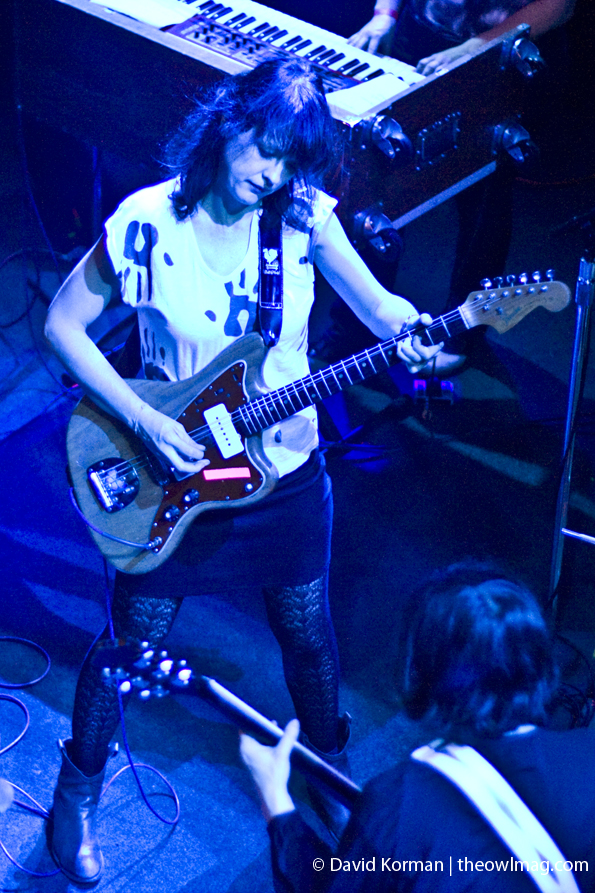 Wild Flag is a psychedelic prog rock band with a heavy Ramones-style punk influence. The four gorgeous rockers that make up Wild Flag are known as previous members of Sleater-Kinney, Helium, and The Minders. Wild Flag released a powerful self-titled breakout album earlier this year. The songs are strong, the music is tight, and the influences recognisable in the most endearing way. 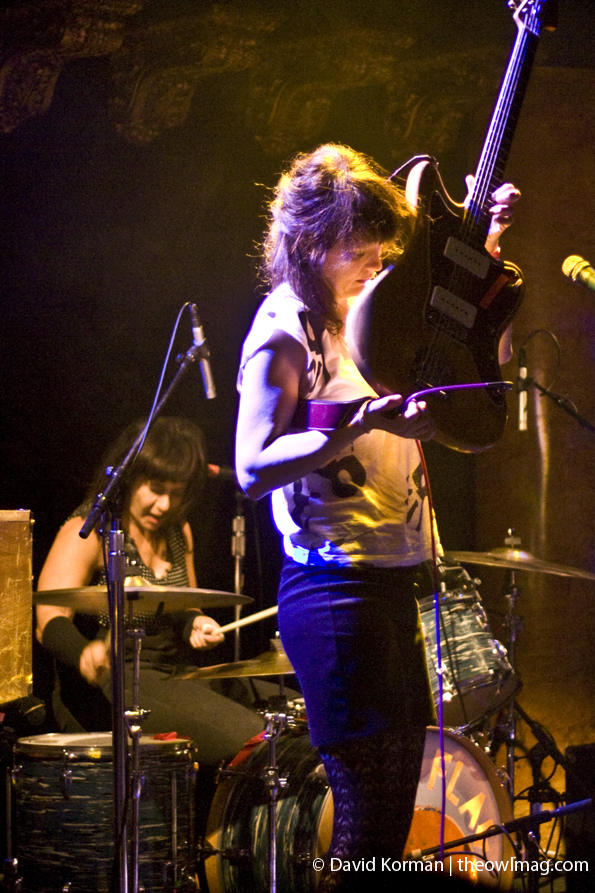 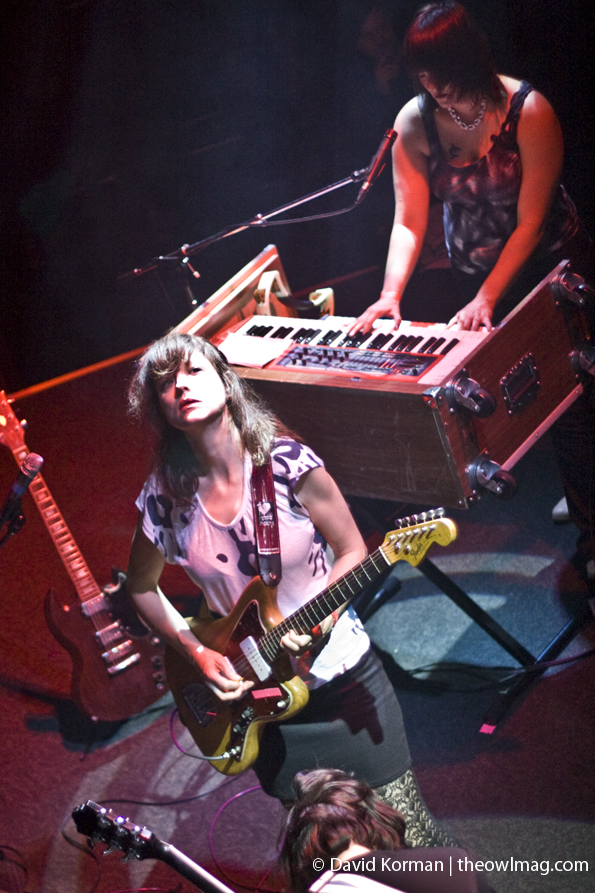 Wild Flag put on a great performance and had a fantastic stage presence. But the audience’s response to the music was exceedingly underwhelming. The band commanded the stage well, but missed the mark by not energizing the crowd. This music deserves a rowdy response, but was met only with entranced stares and low-key head bobbing. 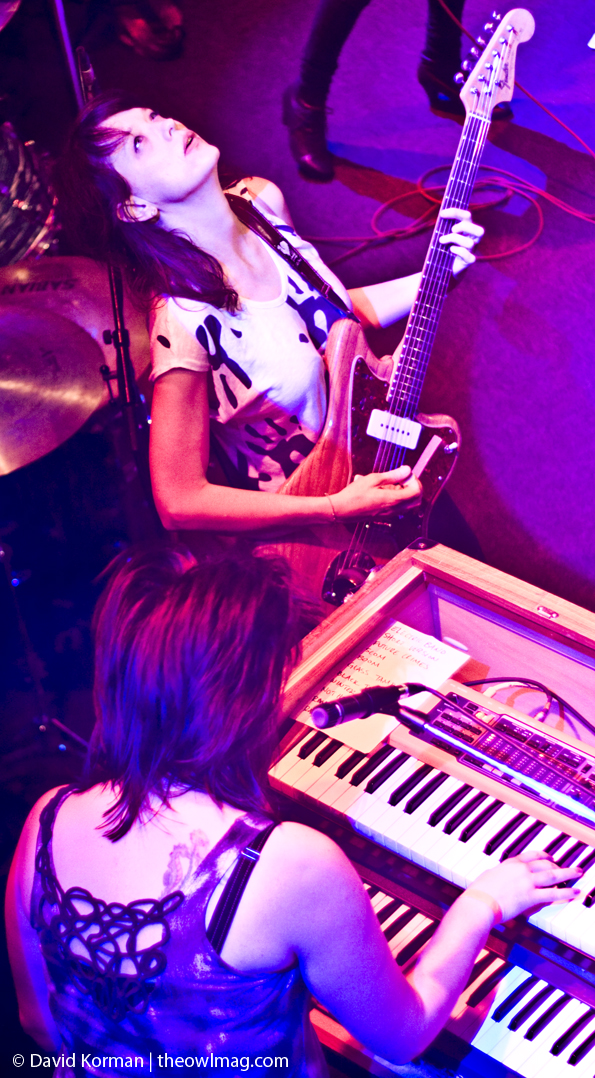 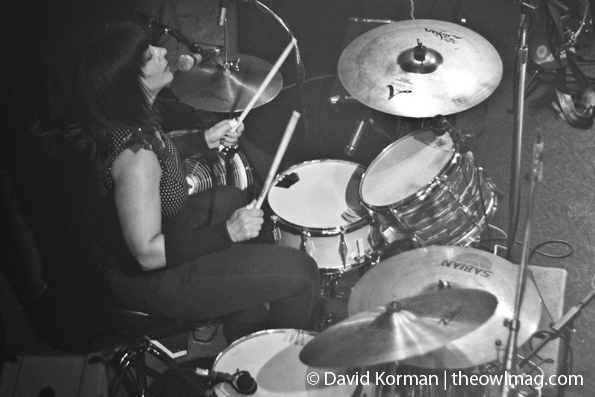 More than once the band became absorbed in lengthy psychedelic guitar jams that left me itching to escape. The sleek concise song writing that shines on the studio-album was obscured by long distorted notes played in shoe-gaze style, heads hung low, and hair shielding their eyes. Wild Flag is brilliant when the songs are contained. Long live jams betray them.

The event was well attended, at least 400 hundred heads. I’d definitely go see both of them again.