The Dirty Projectors are exactly the type of band the Bay Area embraces whole heartedly — talented, quirky, passionate, eclectic, and soulful. Between the impressive opening set by Wye Oak and the headliner, The Fox’s speakers throbbed to the bass of Reggae. Bob Marley‘s “Soul Rebel” led into DP’s opening track of “Swing Lo Magellan.” The dusty drums set the tone and the audience bobbed their heads along. The Reggae suddenly felt intentional. Although the band makes its home in Brooklyn, there’s an Afrobeat and international presence to their music. DP is able to perfectly marry the groove of Reggae and Afrobeat with experimental low fi rock ‘n roll, and it translates perfectly live. 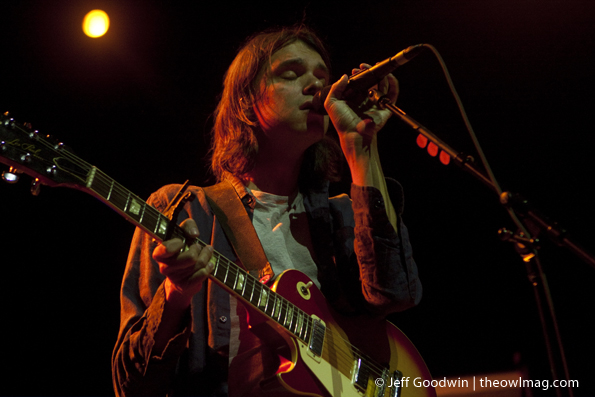 Songs from album of the year candidate Swing Lo Magellan dominated the set. “Maybe That Was It” showcased David Longstreth’s considerable talents on guitar, “Just From Chevron” and “Dance For You” had the audience working the hand claps with the band. Bay Area native Amber Coffman lit up the stage as she skipped back and forth with “The Socialites,” her voice as equally clear and strong live as it is on record. She gave a shout out, calling the night a “talent show” of sorts, based on parents being in the audience. “Unto Ceasar” closed the set and showcased the band at their free-flowing, harmonizing best as they all sang out together. Fans joined in and filled the pauses with hoots and yells. 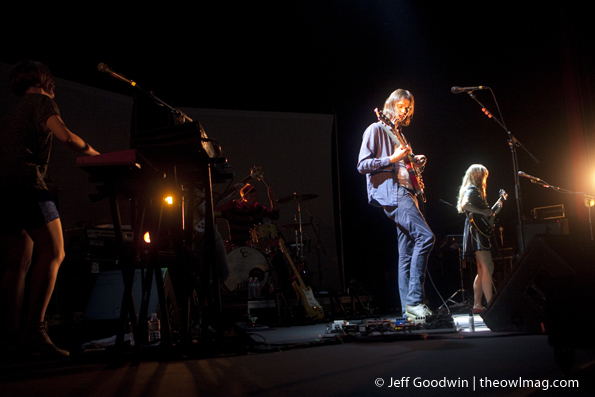 After a raucous applause, the band came out for an encore and finished with with the epic R&B jam “Stillness Is The Move,” and “The Impregnable Question.” The latter being this Owl’s favorite song of the year, and a perfect first dance wedding song. Longsrtreth and Coffman sent the audience home swaying and swooning. 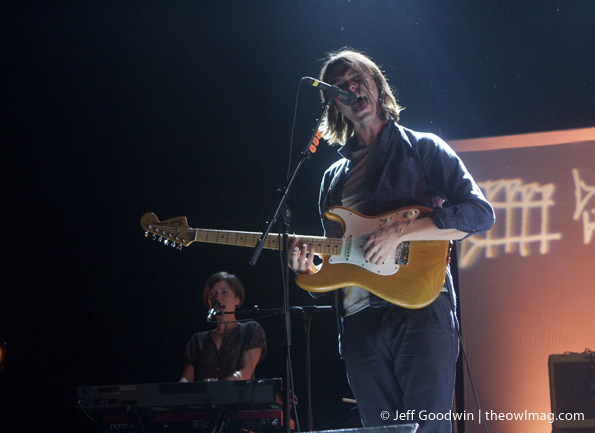 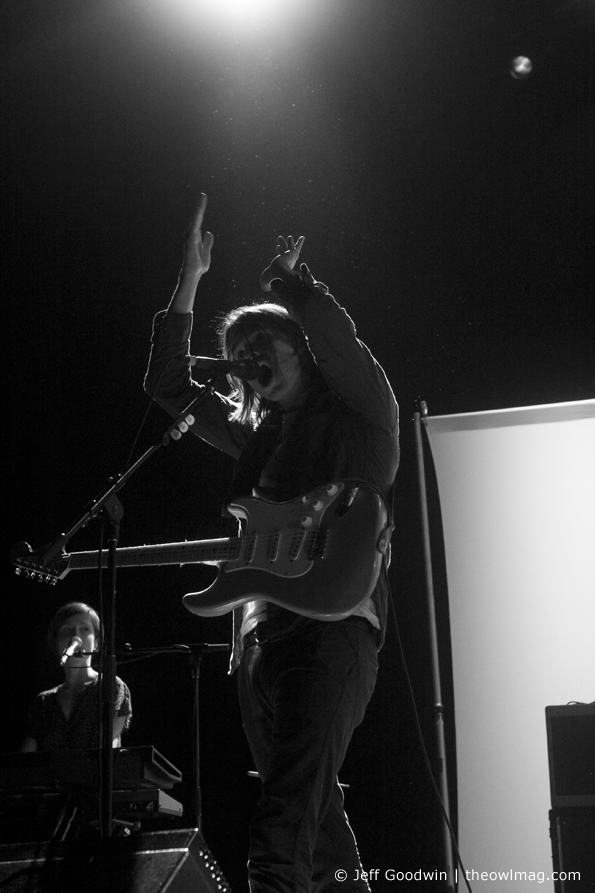