If we were to remake all of our favorite ’80s and ’90s movie high school dance scenes, Bleached and DIIV would most certainly be the bands playing “the big dance” in matching electric blue tuxedos. The prevailing rule of the night held that no band played without their mic on permanent echo, making for a perfect nostalgic summertime show (even if it was 50 degrees in San Francisco at the time). 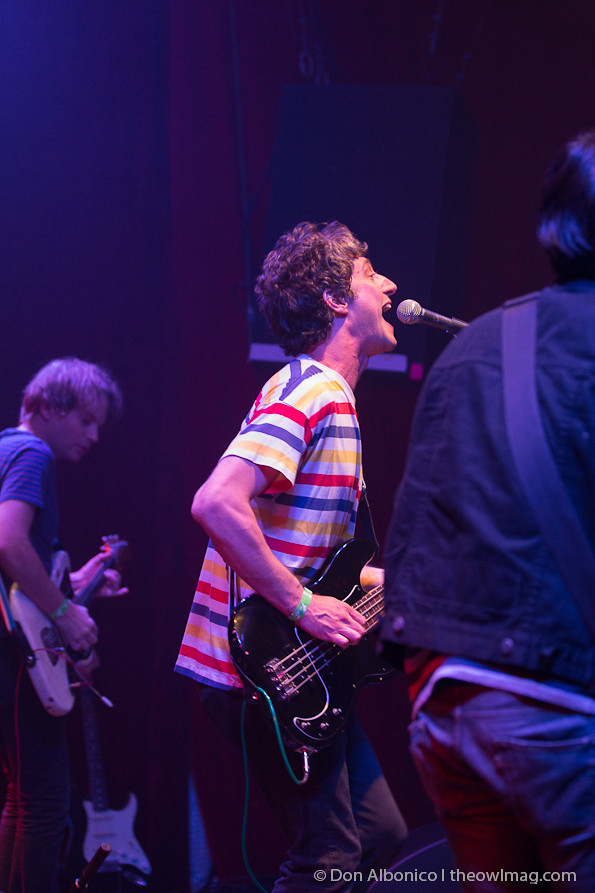 Watching Lenz perform is like living out one of the shows re-enacted in 24 Hour Party People. Playful guitars sound as good live as a fresh-pressed record, and though we can’t put our finger on which members of New Order Lenz players resembled the most, the crowd could barely fight the urge to pogo to songs like “Moody Michelle.” 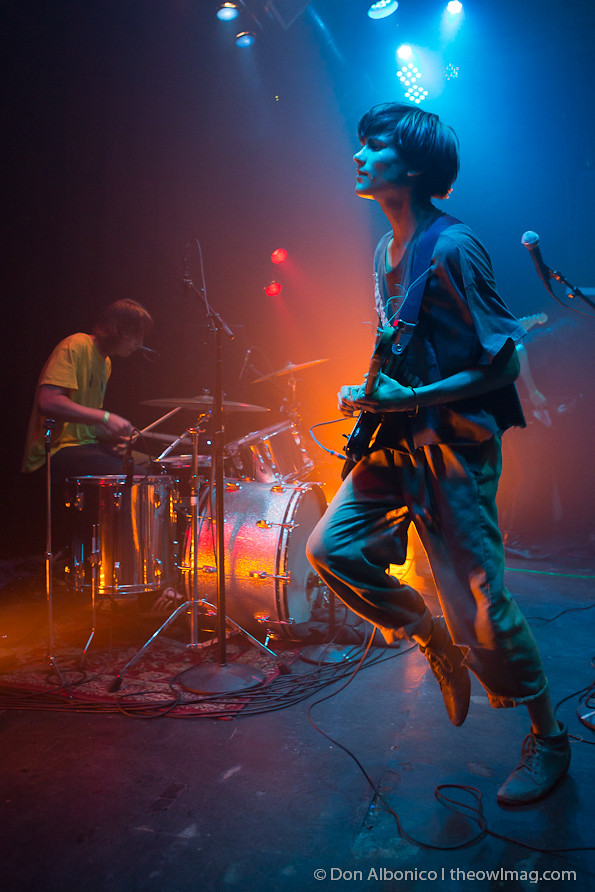 When Nickelodeon decides to finally produce a Pete & Pete Part Deux, any one DIIV song would make for a perfect theme song. Look out Polaris, these Brooklyn alt-rockers could make a whole room of Petunia tattoos shimmy with their infectious beachy garage rock. As we began to feel like maybe the whole set was really just one long song featuring occasional breaks, the swaying guitars and drifting vocals left room for daydreams of ice cream truck mirages, alien transmissions in the plate in mom’s head, and finding the zen in Pitstain’s stains. And that’s the point, right? 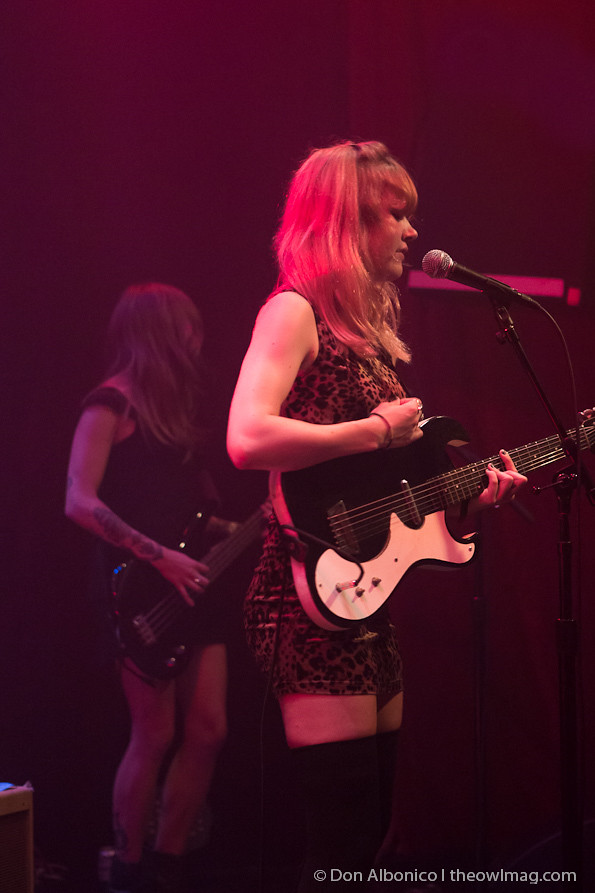 Put your party hats on if you’re going to see Bleached headline a show, ‘cause these plucky punky gals like to get down. Here’s the band that really puts the icing on your late-20th century cake: the audience actually dances at a Bleached show. In fact, from where we stood, we were almost certain we saw a mosh pit brewing not long after the band’s singer announced that she had just gotten out of jail and drove full-speed-ahead from San Diego to San Francisco (that’s commitment). Even longtime practitioners of the fine art of looking bored hung up the act for as long as Bleached rocked their Ramones-meets-All-Girl-Summer-Fun-Band ditties. In short, if you don’t dance like it’s Pretty in Pink and Ducky’s your prom date, then you’re not getting your $12 ticket’s worth to see this band. 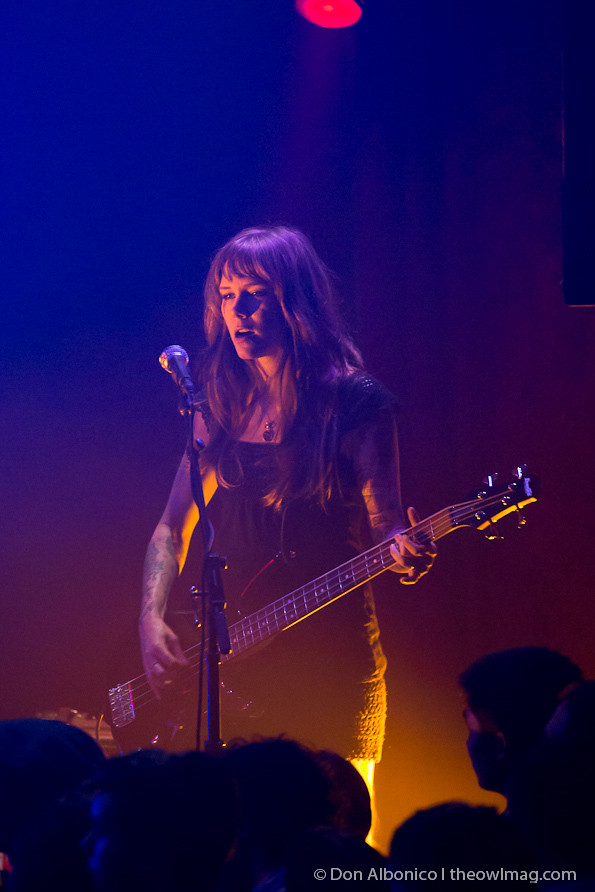 Though Bleached and DIIV will go their separate ways after their LA show last night at The Echo, DIIV picks up another national tour with Wild Nothing starting August 9th. 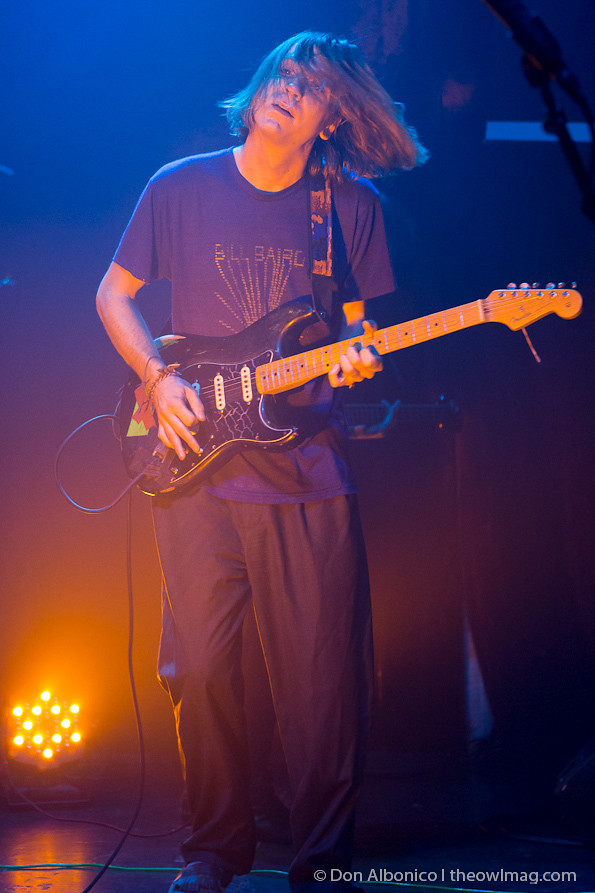 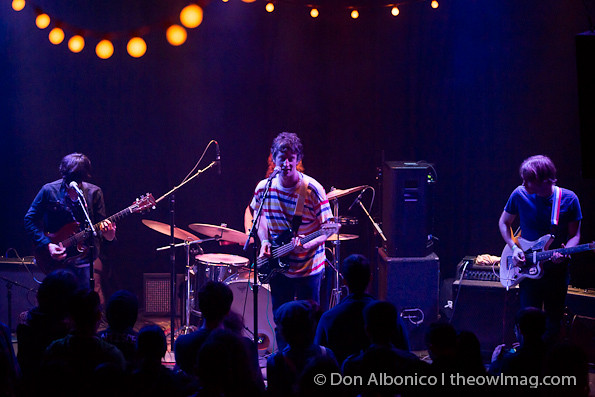 Check out more shots of DIIV and Bleached with Lenz here.