Eager fans formed a line that wrapped around the corner outside LA’s Troubadour in anticipation of Diego Garcia’s most recent visit to the City of Angels. 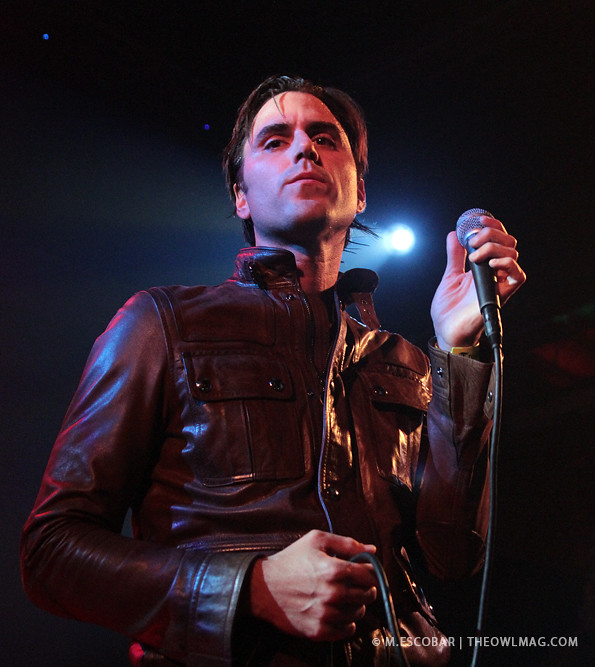 Its been a little over a year since we last saw Garcia and his band perform an intimate show at First Unitarian Church in conjunction with KCRW’s Church Sessions and a lot has changed in that course in time. Where his first solo album, Laura, indulged in slightly melancholy tracks of lost love mourned and pined after, his most recent album, Paradise, is the story of what happened next – Diego won back his one true love and he wrote an album about his happily ever after. 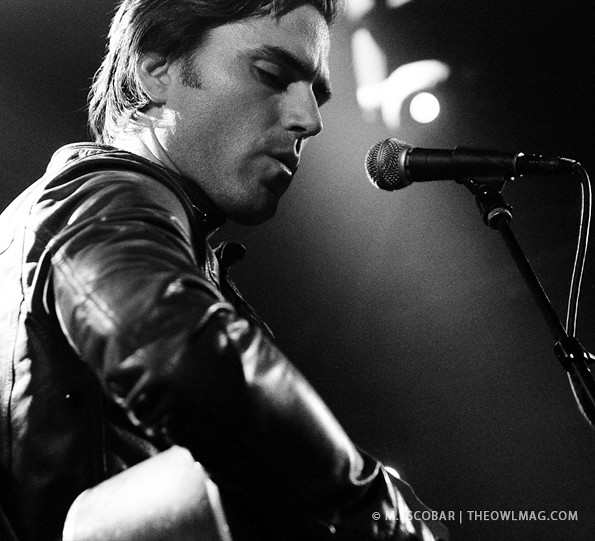 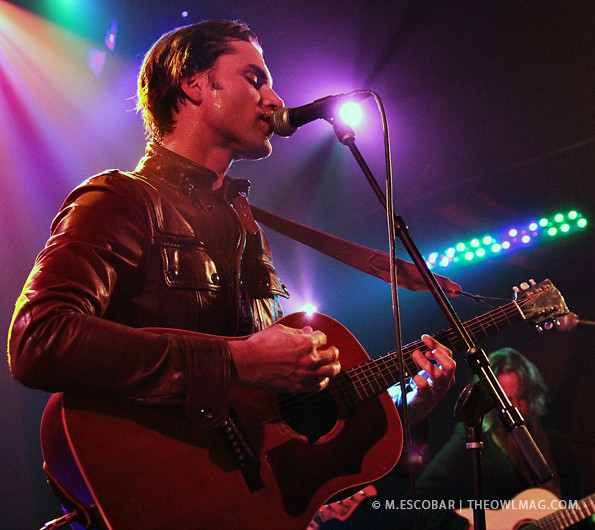 Garcia started out the set with “Darling Please,” a happy sunny tune off his second album, that brings up images of vacationing on white sandy beaches while sipping fruity drinks in the lazy sun. 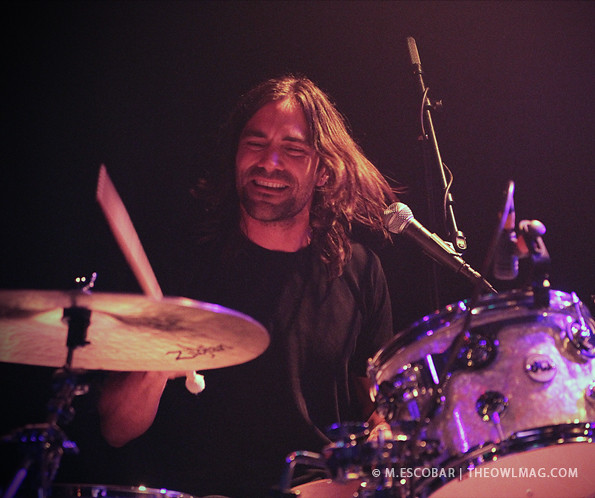 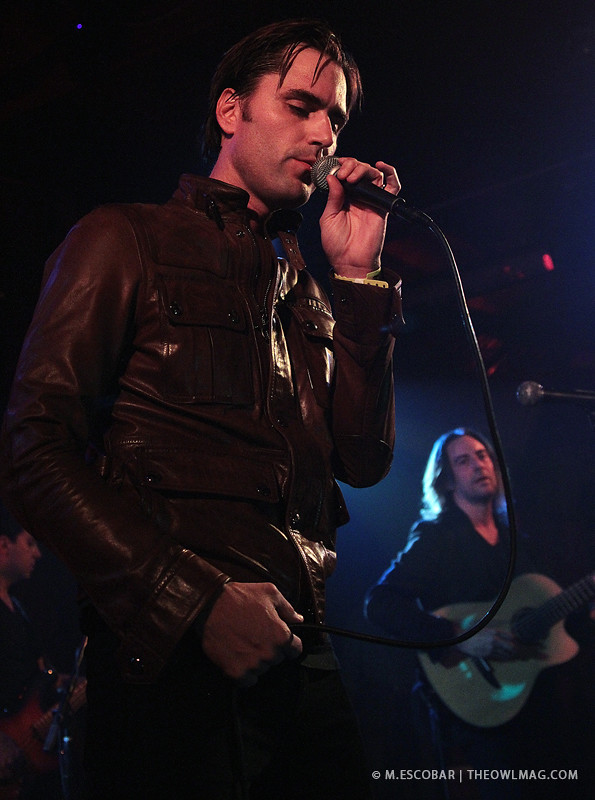 He soon followed up with “Donde Estas,” Garcia’s first Spanish language song, calling out a reference to his Argentinean roots. Garcia continued to perform a mixture of tracks from both albums such as “Stay” in which Spanish guitarist Zeke Zima strummed so skillfully and with such passion, a few guitar strings were sacrificed in the process. 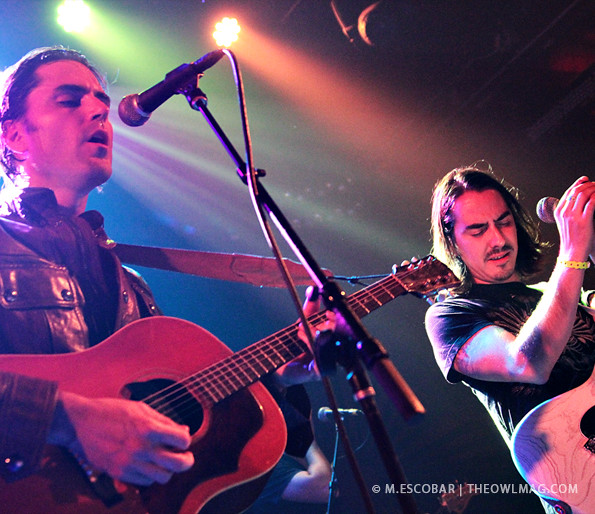 After escaping for a quick break backstage while the crowd chanted “otra” (Spanish for “Another”), Garcia came back onto the stage to perform a handful of songs from his earlier days when he fronted the rock band Elefant. The crowd sang and danced along to hits like “Tonight Lets Dance” and “Misfit.” 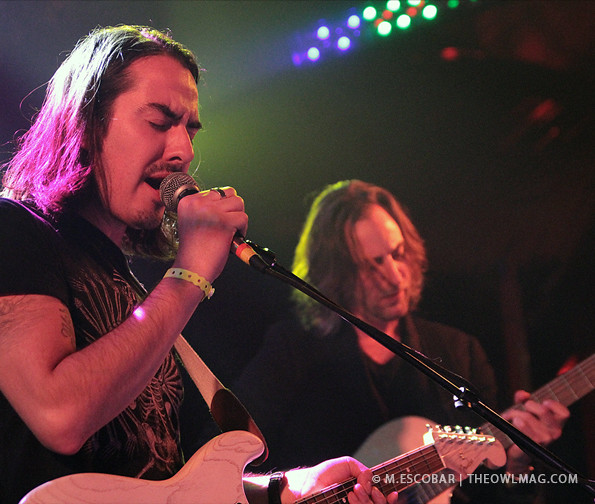 However, the big surprise of the night occurred towards the end of the show when Garcia introduced Dhani Harrison, son of legendary Beatles guitarist, George Harrison, to the stage. Harrison performed with Garcia on “You Were Never There,” a song off Garcia’s first album that he happened to co-write. Garcia, Harrison, and Zima harmonizing in both voice and instrument was truly a sight to behold. 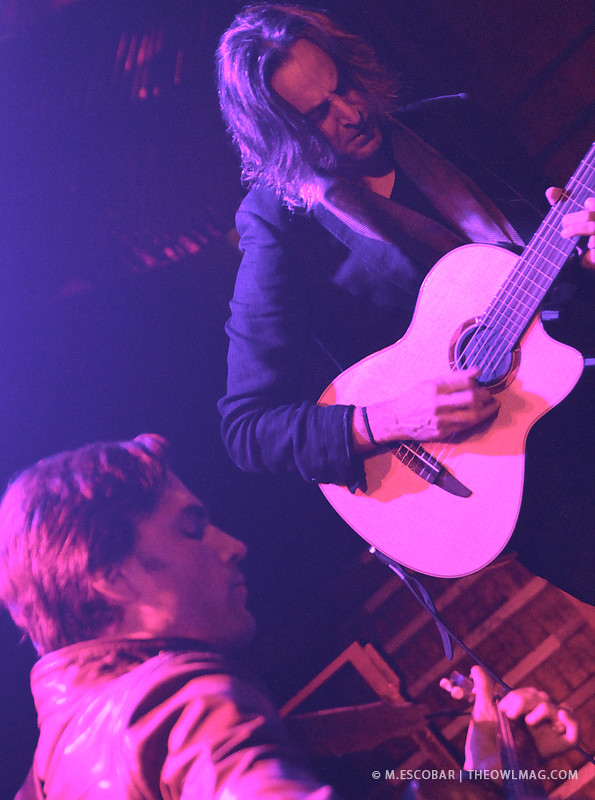 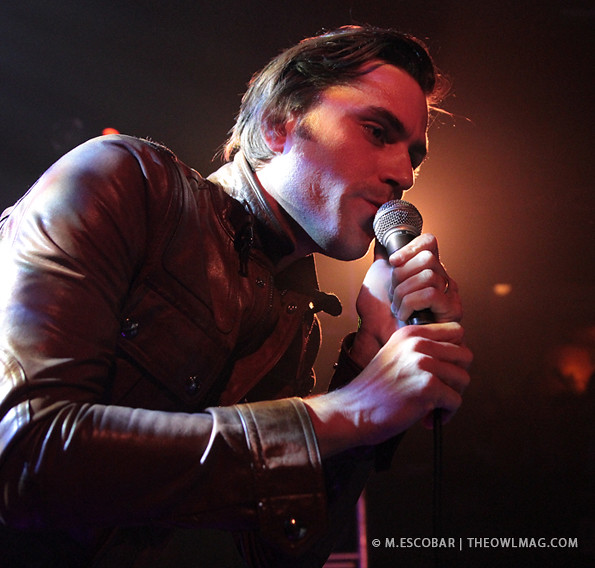 Garcia closed out the show with crowd favorite “All Eyes on You” which quickly became a singalong once the “na nas” kicked in. According to Garcia, it was his daily morning ritual to sing “na na….na na na na..na na.” This soon developed into a song that became part of his first album as a solo artist which lead to him winning back his true love. Moral of the story? If you want to find the love of your life, say your na nas, people. Diego Garcia is a true living testament that it works.

To check out all the amazing photos from the night, click HERE!