The faint scent of incense and swift beats from DJ Anthony Valadez greeted music parishioners as they filed into the First Unitarian Church of Los Angeles for Spaceland, LevittLA, and 89.9 KCRW presents Church Sessions with Diego Garcia and RYAT plus Miguel Atwood-Ferguson (Brainfeeder) and Aaron Embry. 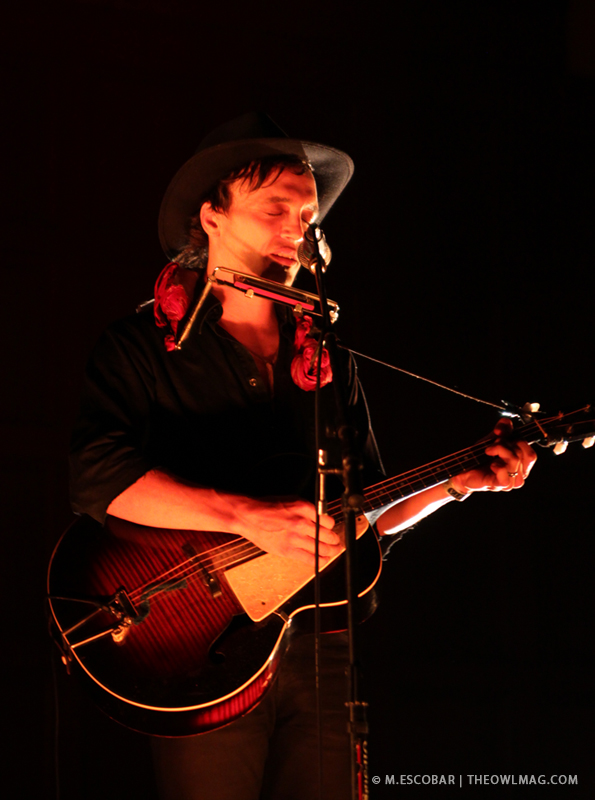 Aaron Embry
Having recently toured with the likes of Edward Sharpe and the Magnetic Zeros, Aaron Embry started off the night with his solo country-twinged folk act. Embry bashfully showcased his skills with the acoustic guitar and harmonica on songs like “So I Turn” and “When All Is Gone.” He had the crowd chuckling along with him during “Your Heart and Mine.” Before leaving the stage for the evening, Embry switched off to piano to play the beautiful interlude “At The Water’s Crossing.” 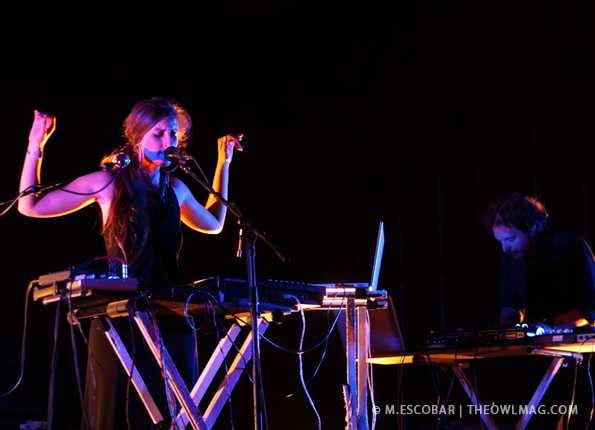 RYAT
Following Embry was the female-fronted keyboard driven act RYAT. One part Bjork, one part Imogene Heap, RYAT was an unexpected intermission between artists. When not emitting beeps from her laptop and wailing into dual mics, RYAT bounced around stage, clearly immersed in her experimental electronic dance party for one. 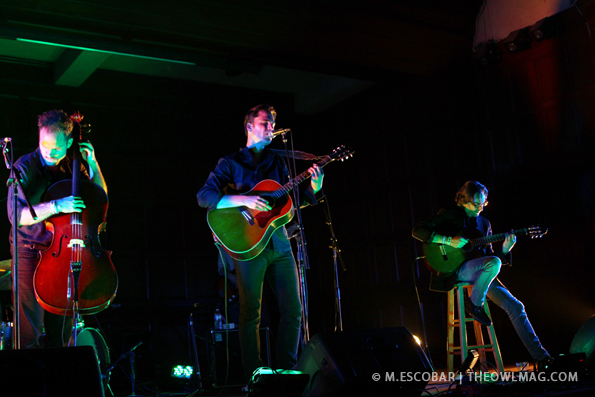 Diego Garcia
At long last, Diego Garcia with his fellow musicians entered the stage to a wave of excited applause. The former Elefant frontman began his hour-long serenade with “Stay,” a track off his recently released solo album titled Laura, in dedication to his wife. Garcia held the audience’s interest throughout the entire performance, explaining the origins of the songs performed while trading off from English to Spanish for his Latin fans in attendance. At times, cellist Daniel Bensi stole the show and Garcia’s attention during songs “You Were Never There” and “Roses and Wine.” Guitarist Zeke Zima, whose classical Spanish stylings were dutifully noted throughout many of the songs, also greatly impressed us. 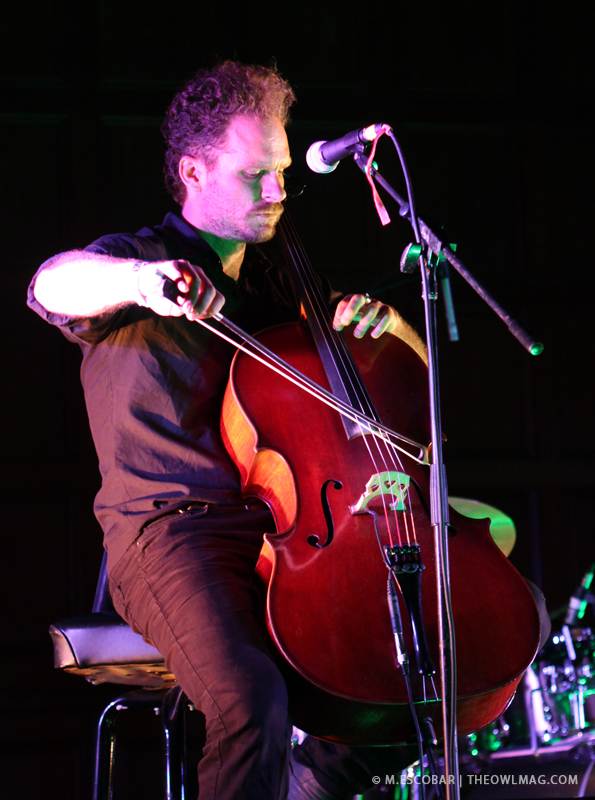 Diego Garcia
Near the end of his set, Garcia willfully obliged his fans from his punk Elefant days by acoustically playing “Sunlight Makes Me Paranoid” and “Makeup.” One of the highlights was when Garcia left from his place behind the mic stand to sit on the steps of the stage and engage the audience in the pews in a singalong to Elefant‘s hit single “Misfit.” With the rest of the band back with him on stage, Garcia did a rousing rendition of Neil Young’s “Harvest Moon.” Before exiting for the night, Diego Garcia declared his love for the city of Los Angeles and promised to return. We’re so going to hold him to that. 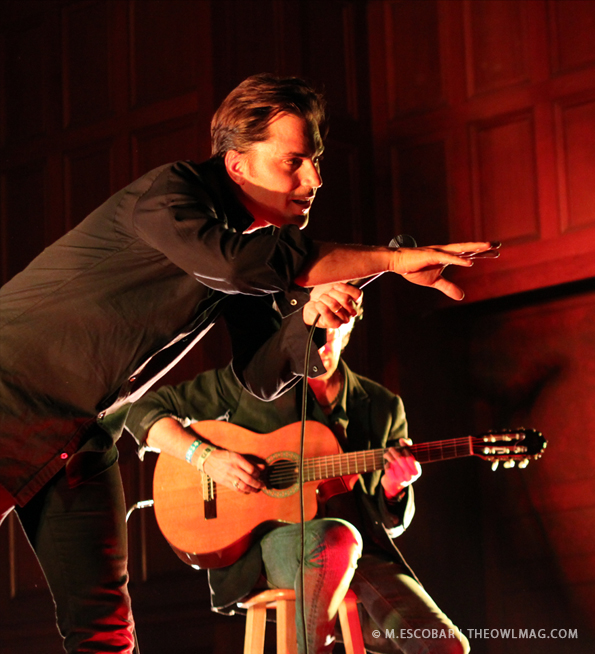