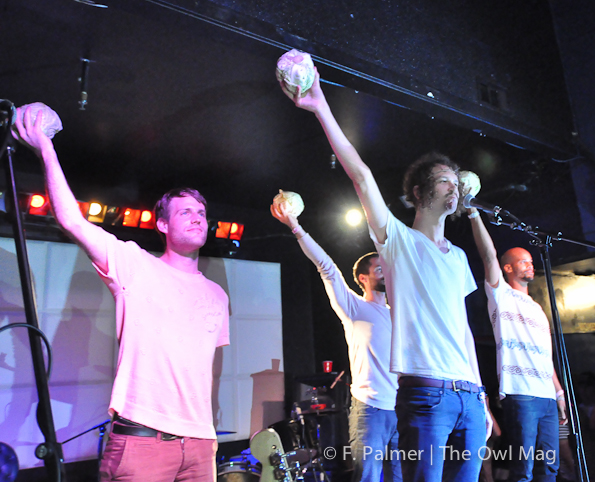 Seeing Darwin Deez live on July 7 at The Echo in Silver Lake was kind of like getting two scoops of your favorite ice cream for the price of one. It wasn’t just a setlist of a couple of songs and a fun night. It was 13 songs (probably more, I lost count because there were a couple raps in between), synchronized dancing and cabbage. Yes, cabbage, the vegetable. 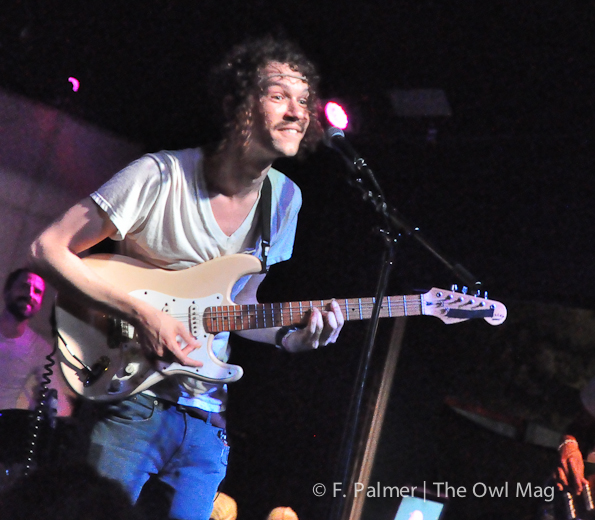 Entering the stage to the intro of “Star Trek”, and holding cabbage above their heads, Darwin Deez gave the audience something odd yet curiously fun to look at. Moments later, they broke into a dance that was part ninja, part robot, and part just crazy. They kicked off with “Up in the Clouds,” a track off his self-titled debut album, and Darwin wiggled his way into the crowd’s heart with his dancing and not-to-be-forgotten clear vocals. He had them swaying in his little-boy-just-having-fun way after just the second verse. 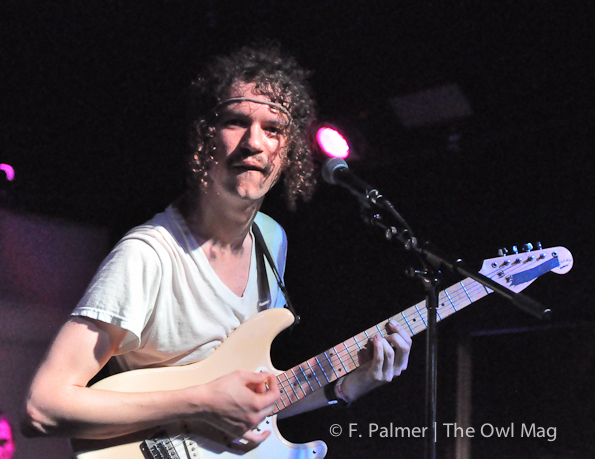 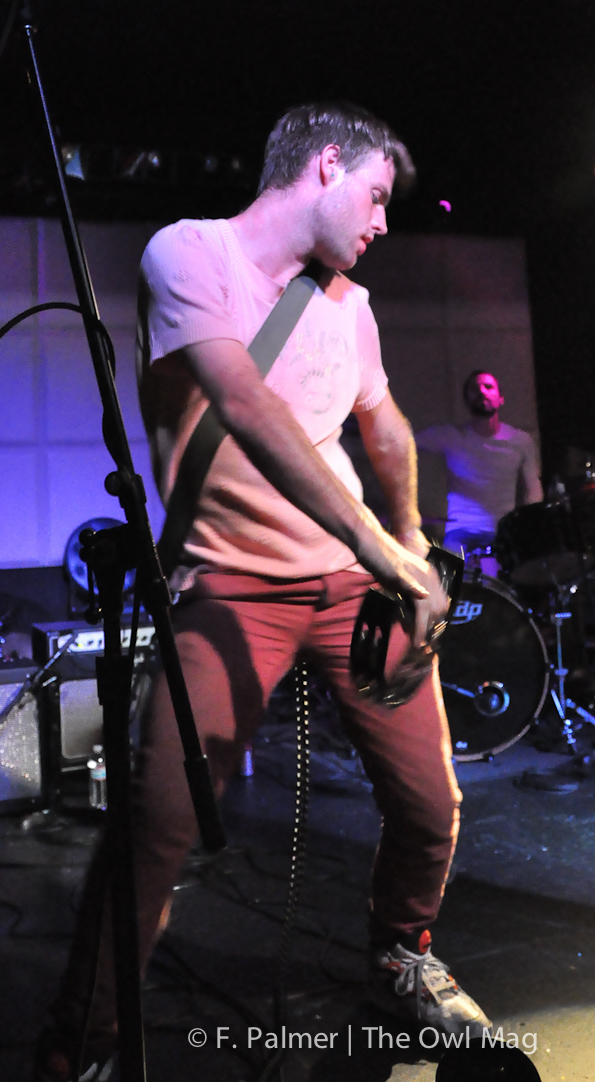 When the band jumped into song two, “DNA,” the crowd really started moving. I mean hips swinging, heads tossing, hair-whipping… MOVING. Everything Darwin did, the crowd did with him. He sang, we sang. He danced, we danced. When he said “Ladies, if you’ve got your own money, your own car, you’re going to school, let me hear you say ‘GET FRUGAL!’” The ladies got frugal. And when an audience member from the crowd tossed him a piece of cabbage, he ate it. 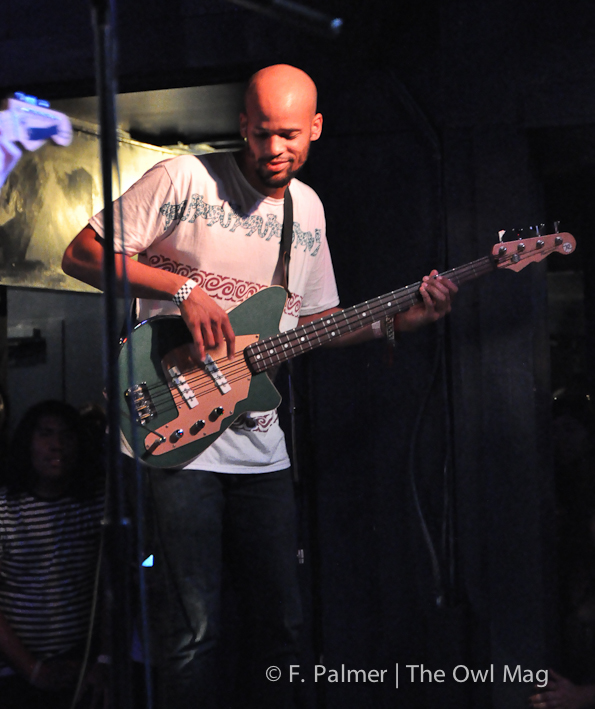 Above all, it seemed like everyone was just excited to have a good time with him. His set was wild, fun, original and energetic. Darwin even surprised the crowd when he said “Much peace and love to the people serving in Afghanistan,” and then jumped into a song about how the city is dead and the sky is green, and it’s been that way since they dropped the bomb. It was a show more than worth seeing. It was a show listeners were very, very lucky to have attended. And the best part? He didn’t need to do any of the crazy stuff. This crowd was sold on him. Two scoops for the price of one. 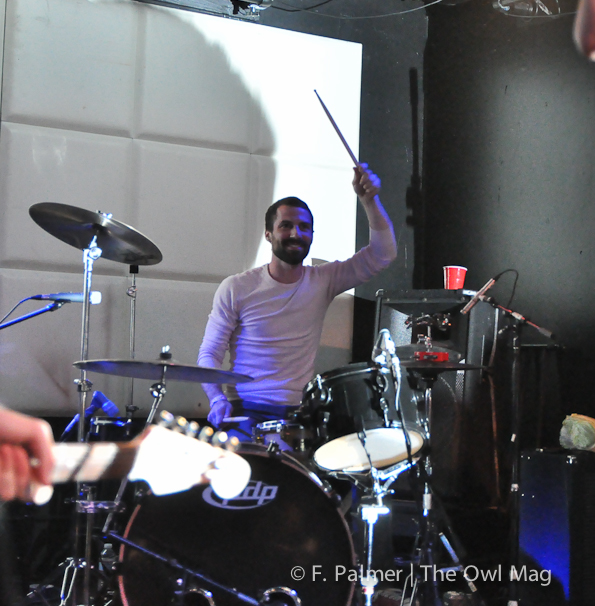 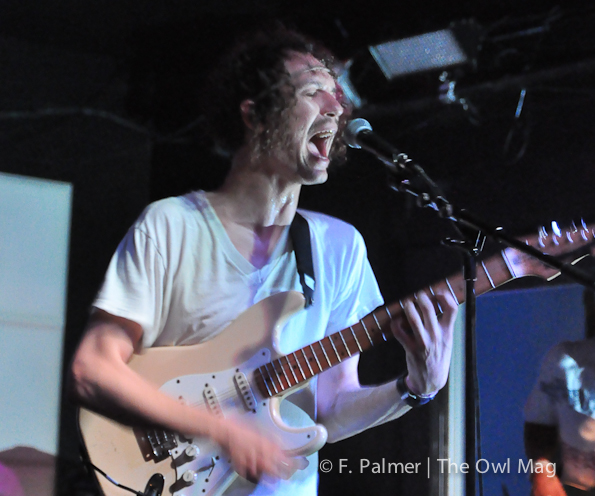