Cults have been on tour for months now, supporting their self-titled release from last year, and they stopped in Southern California on Tuesday night so lead singer Madeline Follin could give her home a little love, bringing Mrs. Magician and Spectrals along for the ride. 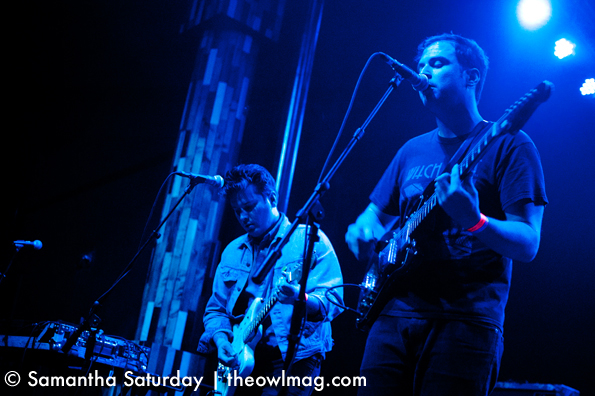 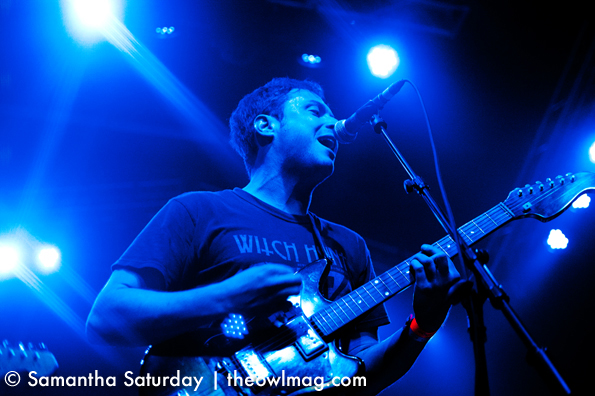 Things started with San Diego band Mrs. Magician who brought out some great harmonies along with rocking songs.

Many of their tunes have a very ‘60s-surfer-movie sound, and their bassist, Evan Ehrich, even has the hair to go along with it! “There Is No God” was excellent live — the unexpected lyrics hit the crowd as much as the “lalalalas!” Drummer Cory Stier was great, and interestingly, he’s doing double duty on this tour – he’s also playing drums for the Cults. Another favorite was “The Spells,” which got everyone bopping their heads and dancing. They gave a solid performance until the very end, when lead singer Jacob Turnbloom began to unplug and put away his guitar before the rest of the band had finished playing the last song. Not sure what happened there, but it was a bit disappointing after an excellent set. 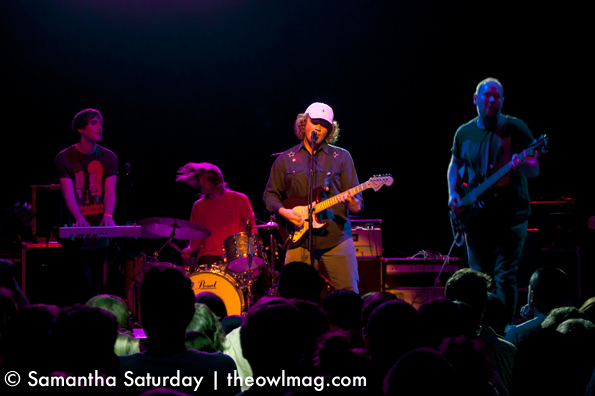 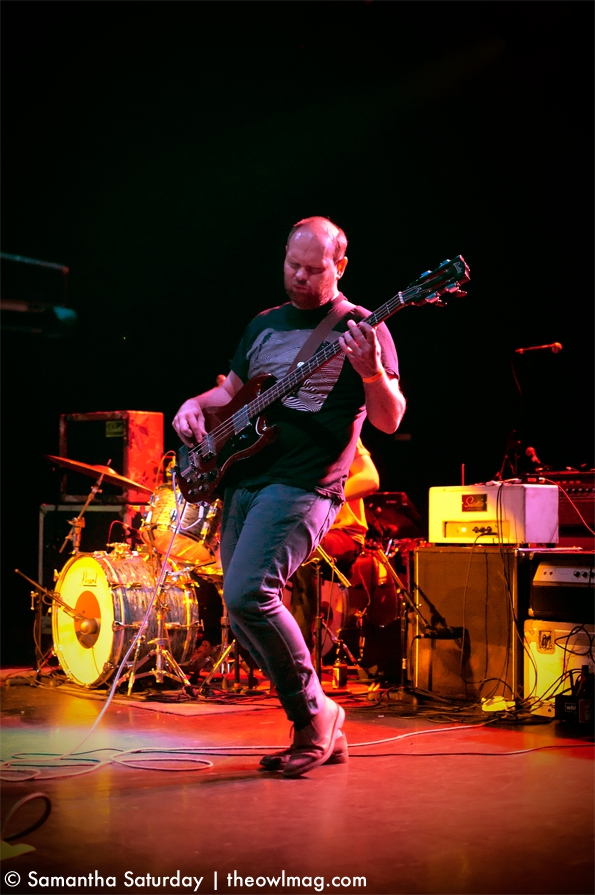 The second band had an interesting start. The lead singer was wearing a baseball cap and the first song sounded almost like honky-tonk country. And then he spoke before starting the next song – turns out that Spectrals is from northern England! The rest of their set was fun, upbeat rock – “Leave Me Be” and “Big Baby” were favorites. They all seemed to have a great time onstage, especially their bassist – he practically pranced around! 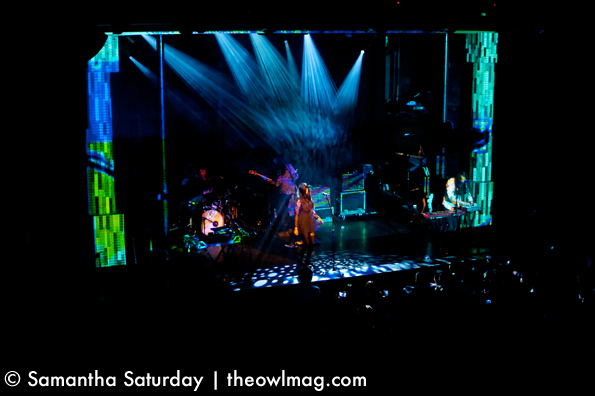 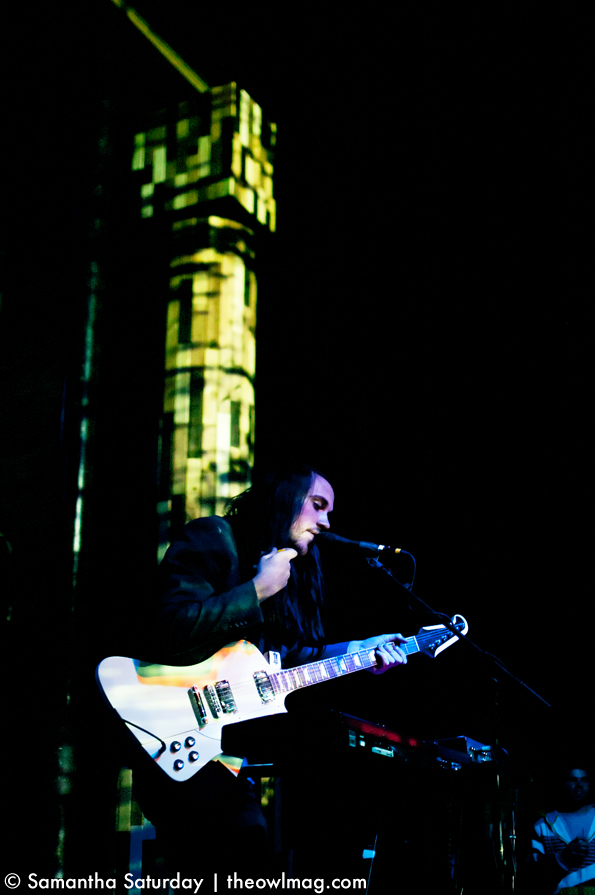 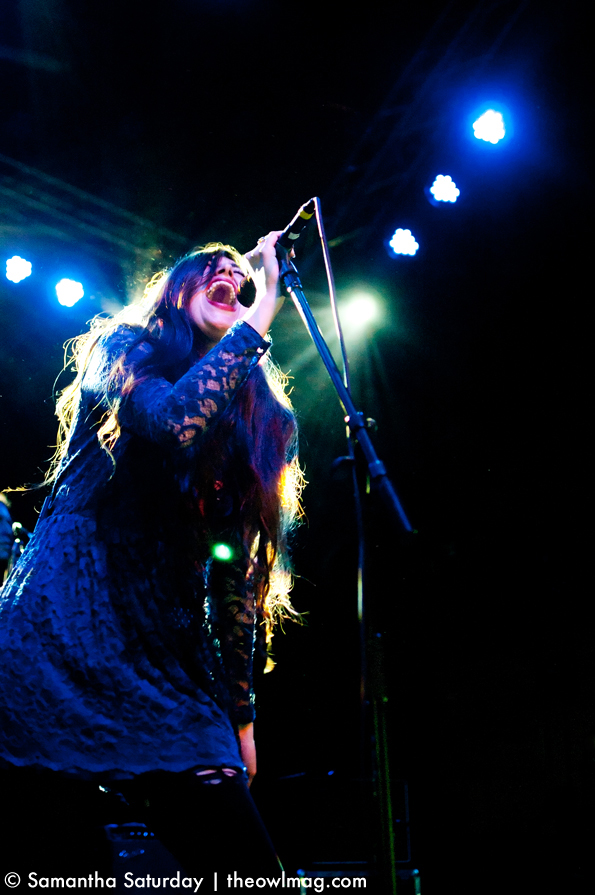 Cults
Then it was on to the main act. First up was “Never Heal Myself,” which was incredibly fun live. The Cults’ lighting rates a mention: they had a cool effect that made everyone look like they were on an old black-and-white TV. Madeline was sultry and sweet as she swayed with the mic, her powerful singing voice belying the cute speaking voice as she thanked everyone after each song. Brian Oblivion, who handles guitar, keyboards and vocals, was also great, but unfortunately the mix had his vocals too low. They played most of their self-titled album and the addition of their cover of Leonard Cohen’s “Everybody Knows” was a lovely bonus.

Cults will be touring with Mrs. Magician and Spectrals for the rest of the month, so if you get the chance, go see them for a fun night!