It wouldn’t be a stretch to suggest Conor Oberst has a particular fondness for the Bay Area. Each October he curates the Friday Rooster Stage for San Francisco’s annual Hardly Strictly Bluegrass Festival (the jewel of SF’s autumn), and books a handful of headlining shows in the vicinity. Thursday, October 3rd the Bright Eyes mastermind appeared at Saratoga’s picturesque Mountain Winery as a solo act — without his Bright Eyes brethren Mike Mogis and Nate Walcott or Mystic Valley Band lineup (nor Monsters of Folk, Desaparecidos, etc.), but prefaced and supported by Upstate NY folk clan The Felice Brothers. 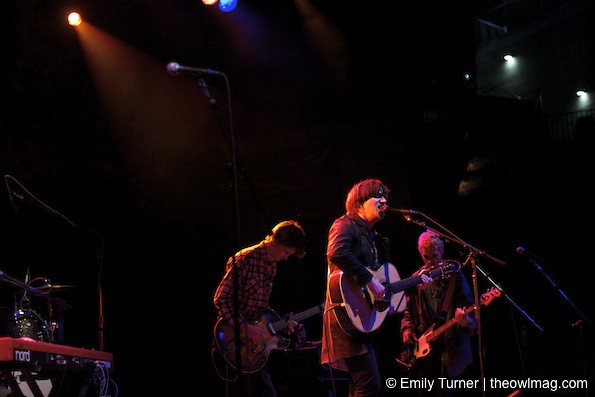 Oberst superfans (this Owl not exempt) were pleasantly startled by the set opener – a more upbeat version of “Napoleon’s Hat” — somewhat of a rarity from Lagniappe, a Saddle Creek benefit compilation that boasts the very best of Oberst’s daring, narrative lyrical pattern (“Mozart’s foster parents put cigarettes out in his ears/When he got old enough to stutter he said, ‘I don’t listen but I can hear’”). With the Felice Brothers covering the foundation, there was plenty of room for Oberst to spit lyrics fiercely into the microphone (as he does), their potent honesty a deafening sign of his political/moral/cerebral frustration. It’s incredibly easy to connect to such a character. 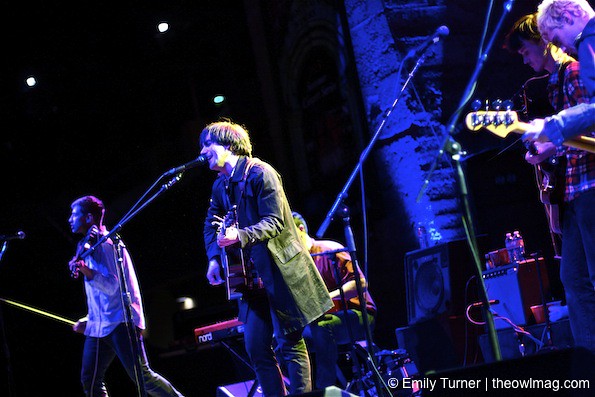 With such bitingly poignant lyrics supported by varied and intricate folk arrangements, “Napoleon’s Hat” was a clever intro to his 1 ½-hour-long performance. It set the tone for a decidedly alt-country focus – between a healthy handful of tracks from 2007’s mystical-folk Cassadaga (“No One Would Riot for Less,” “Four Winds,” “Soul Singer In A Session Band”) and a few flashbacks to the raw, shaky-voiced Oberst of yesteryear (“We Are Free Men,” “Laura Laurent,” “An Attempt to Tip the Scales”), the setlist painted his protest-singer side. The SciFi-synth of 2011’s People’s Key or dark, glitchy genius Digital Ash In A Digital Urn were nowhere to be found. 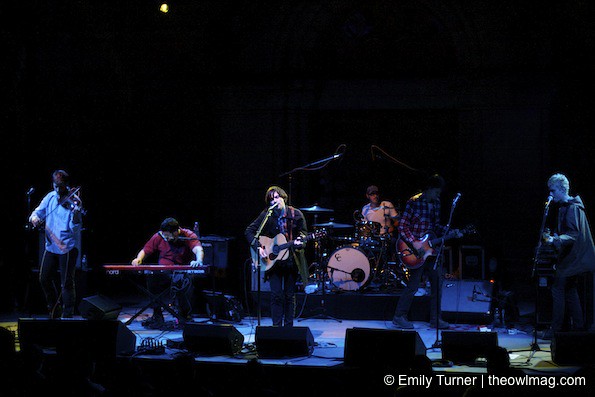 Interaction with the audience is hit or miss with Oberst, but he was evidently vibing on the Mountain Winery and its crowd, so stage banter was a’plenty. He introduced a decent amount of songs with their respective backstories (which was interesting — turns out “Well Whiskey” is about “the good ol’ days”); interjected an anecdote about slipping a $100 bill in his guitar strings “like country stars do” (“I could do that…it just didn’t sound that good”); tried to shoo a fly out of his acoustic guitar; and handed the microphone off to a few flailing fans during “Laura Laurent.” He was also inclined to improvisation — most notably when he enlivened the lyrics to “Soul Singer” (“I was a hopeless romantic, now I’m just SUCKING DICK!”). 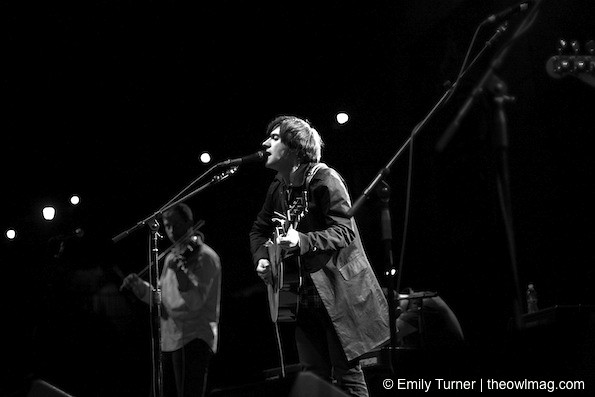 Apart from the uniquely vivid symbolism of his lyrics, the most gut-wrenching aspect of Conor Oberst’s music is only accurately represented live. He has a knack for matching his tonal delivery to lyrical meaning with inspiring accuracy, and up close and personal — like at the Mountain Winery — this feels like a punch to the gut. In a good way. From the quivering sadness in his earlier years to that impassioned screech when a song gets intense, Oberst is unafraid. Lyrically vulnerable, brazenly intense. It’s refreshing. It recalls the gorgeous angst of his earlier material, but is utterly enlightened — by time, by experience, probably by drugs. Instead of turning inward, his more recent material attempts to make sense of the ether — and is more powerful than ever. The evolution of Conor Oberst has come full circle, for now.