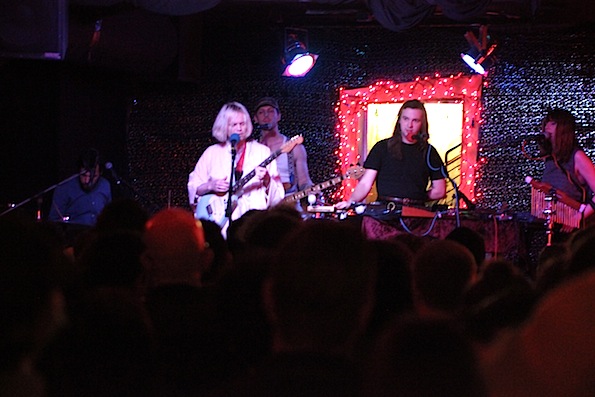 We weren’t sure what to expect as we walked into the fabled Bottom of the Hill to check out New Zealand’s pride and joy, Connan Mockasin. The Youtube clips and his performance at Pitchfork’s Paris music festival are both brilliant and confounding. We arrived just as the set was getting started. The place was packed and buzzing with energy. Mockasin’s blond hair is almost white, cut in a 90’s way to his shoulders and his fashionable white robe (was it a smock?) had him looking like a cult figure, lording over the audience with a goofy grin. 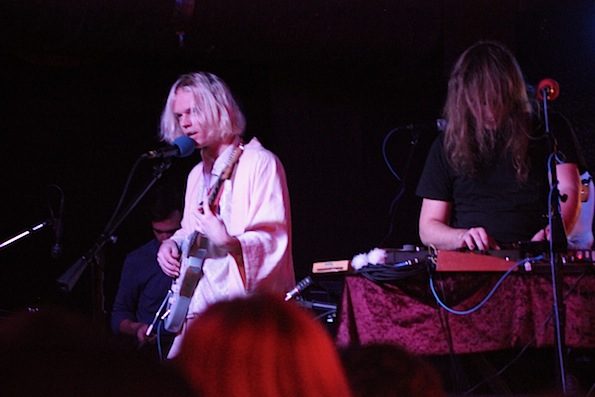 His latest record Caramel is sexy and sleazy in the best possible way, somewhat akin to Ariel Pink where you can hear the influences from the 60’s 70’s and 80’s but they’ve been twisted, shaken, and internalized by an entirely unique perspective.

With sleazy, sexy music, comes sleazy sexy dancing. Towards the end of the show Mockasin joined the crowd and sat down on the floor while “I Want To Roll With You” played on and people slow danced on stage. A huge group sat down with him and formed a circle. It was very Free Love, man. 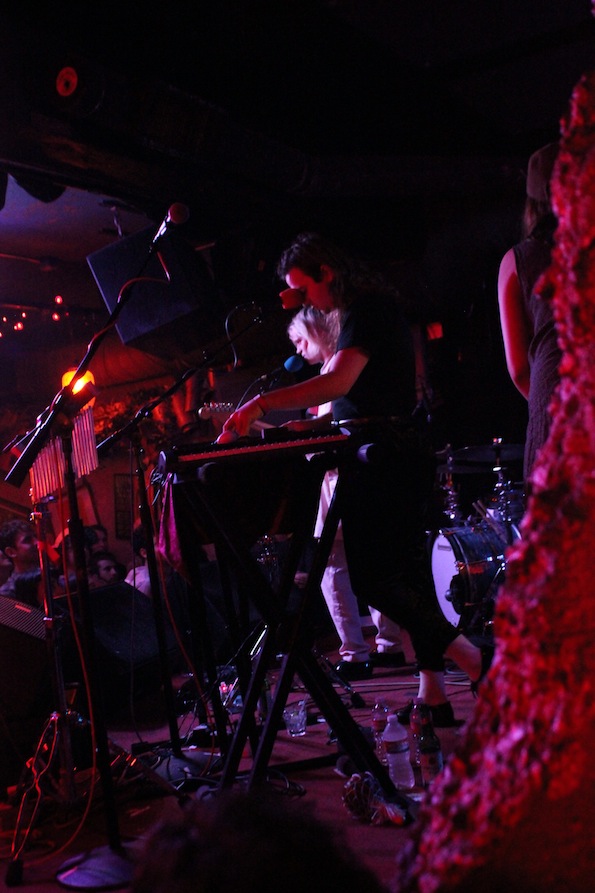 It was definitely one of the most unique vibes we’ve experienced at a show, and it felt authentic. Mockasin’s a good showman and he’s got some serious chops on the guitar. While Caramel has a slow winding groove he played some older material that was more traditional guitar based indie rock, and the crowd got hyped for it, but it was clear that he’s all in on his new sound. He immediately went back to Caramel playing “Do I Make You Shy?” and “It’s Your Body 2”. There are five chapters of “It’s Your Body” on the record, so you get the idea of what the man is trying to do. The crowd filled out in a daze as if they had taken an aphrodisiac. Mission accomplished by Mockasin.