The Wiltern was the setting of for all in attendance to witness three different bands at different stages of their career. Cold War Kids kicked off their fall tour in a continued effort to promote their most recent release Dear Miss Lonely Hearts and their recently released Tuxedos EP, in their hometown of Los Angeles. Joining them were heartthrob locals PAPA and long time friends We Barbarians. We Barbarians had announced their breakup via their website the night before the show. Being their only night on the tour it gave the audience an added bonus.

PAPA took to the stage to a very loud response as many in attendance seemed to be there for them. And for those who weren’t familiar with them quickly warmed up to their feel good sound, swaying and dancing around. They began their set with “If You’re My Girl, Then I’m Your Man” continuing into “Let’s Make You Pregnant.” Between “Forgotten Days” and “Get Me Through The Night,” drummer/singer Darren Weiss announced their debut full length album Tender Madness would be released on October 8th. 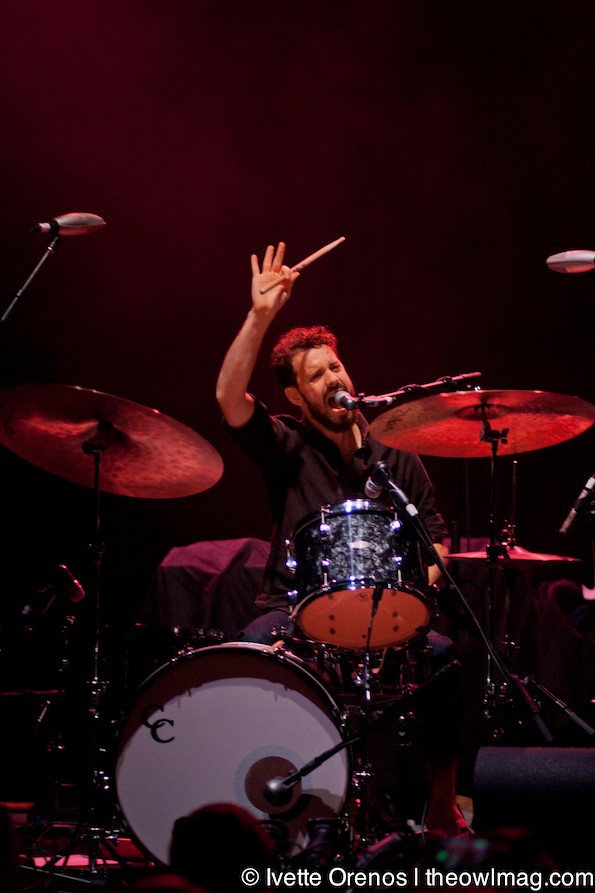 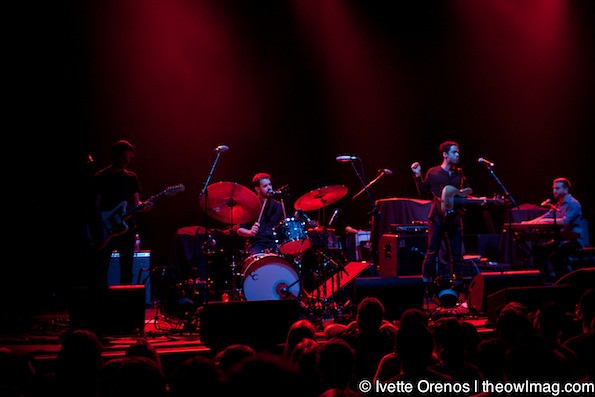 Playing a good mix of new and older songs like “Ain’t It So,” “Collector,” and a slightly different version of “I Am The Lion King” (which will appear on the forthcoming full-length). PAPA possess a truly special talent besides the soulful pop rock tunes they play. They effortlessly thread a fine line between old school gentlemen qualities and arrogant male bravado talk. The uniqueness behind this sentiment is that one becomes more drawn to them instead of being repelled. Just to be clear we’re not entirely sure if it’s a role they play or if it in fact is a distinct quality.

Cold War Kids came on stage on wasted no time jumping into “Something Is Not Right With Me” following it up with “I’ve Seen Enough” and “Rubidoux.” Lead singer Nathan Willett took a brief moment to greet everyone in attendance and say “We are called Cold War Kids and we are from Los Angeles.” Cold War Kids’ stage presence is something to admire, with all members bouncing off of each other, sometimes purposely attempting to mess each other up. Touring member Matthew Schwartz’ additional energy dancing around the stage changing between instruments and also providing some impressive back up vocals. The band played a cool mix of “Royal Blue,” “Louder Than Ever,” and “Audience.” 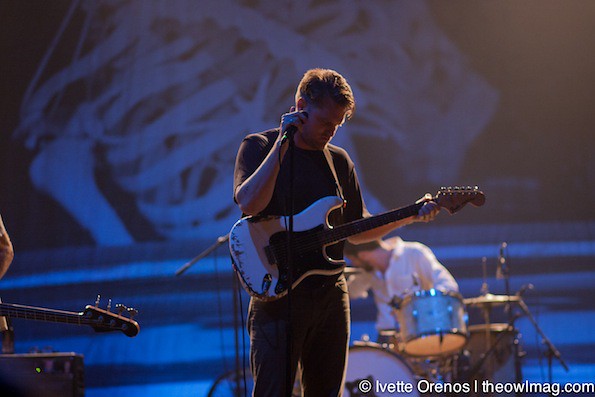 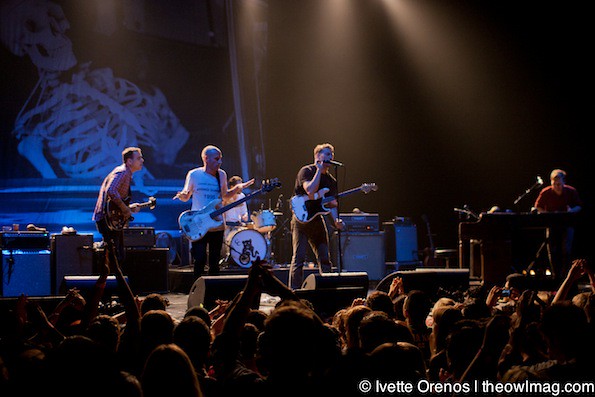 Never pausing in between songs instead filling the gaps with some jazz influenced improvised jams. Next came “Loner Phase,” which got a strong response, then “Hang Me Up To Dry,” which had everyone at the Wiltern dancing and singing. Bassist Matt Maust and guitarist Dann Gallucci made good use of the stage during the entire set. One has to wonder how these guys don’t get tangled in their own wires. The band continued on playing a mix of songs from all of their albums. It became very evident during their set that Cold War Kids have released a wide range of catchy songs during their career. Playing for over an hour and coming out for a quick encore which included a piano version of “Bottled Affection” which will appears on the Tuxedos EP. Cold War Kids sound and the way they perform their songs give an intimate feel to the entire performance, an organic sound not overly dramatic or over produced despite the large venue. And that is a tough task that seems to be effortless for the members of Cold War Kids. 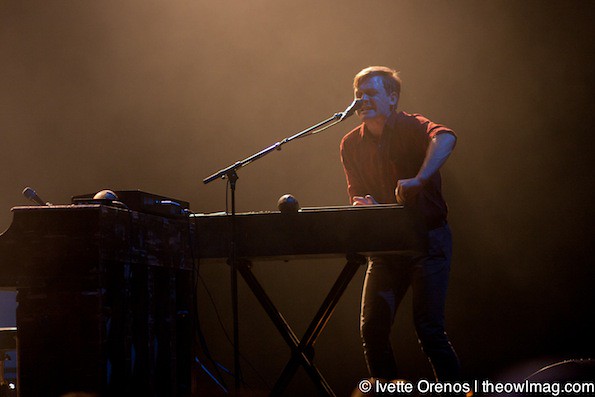 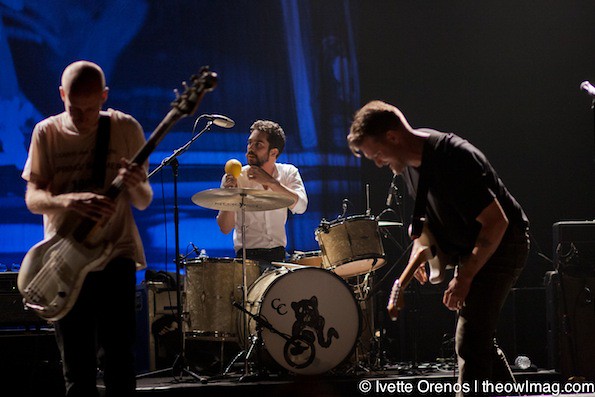 Check out more photos from the show HERE!