Christopher Owens leaving Girls was one of the more controversial things to happen in the indie rock world. The sudden announcement in July 2012 left fans reeling. He is still often described as “the guy who left Girls.” The songwriter has said that the disjointed nature of the

band caused him to leave and that making a record with Girls would have been the easiest thing he could have done, but that he wanted to do something that pushed him further. 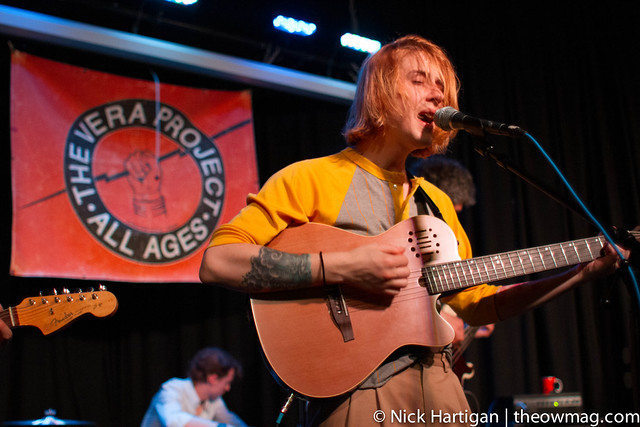 His solo debut Lysandre is a narrative concept album that tells the story of his yearlong tour with Girls, culminating with the start and end of falling in

love with a girl he met in France. After a set by Real Estate-esque Melted Toys, Owens came to the stage with his six-piece band, including a flutist. Owens along with his two female backup singers both looked straight out of the nineties, fitting for a man who”s been deemed a cleaned up Kurt Cobain lookalike. The show was moved from The Neptune to The Vera Project, which turned out to be perfect for the quiet and intimate tone set by Owens. He played through the entire album, suitable for its role as a narrative. Yet despite the personal nature of Lysandre, which includes specific names, people, and places, Owens didn’t seem to very open with the audience, not stopping to chat but simply saying a few thank you-s. 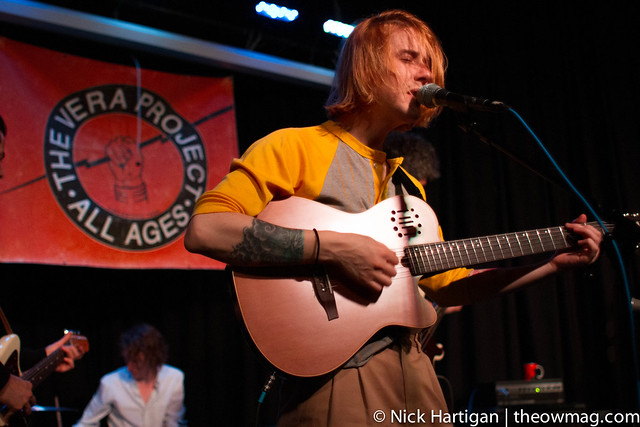 He didn’t play any Girls songs, which many would expect, but instead played a handful of covers for the encore, including Bob Dylan, Cat Stevens, and Simon and Garfunkel. He told Pitchfork that playing Girls songs doesn’t feel right, despite the intimate nature of Girls songs that first made him popular among the indie rock scene. 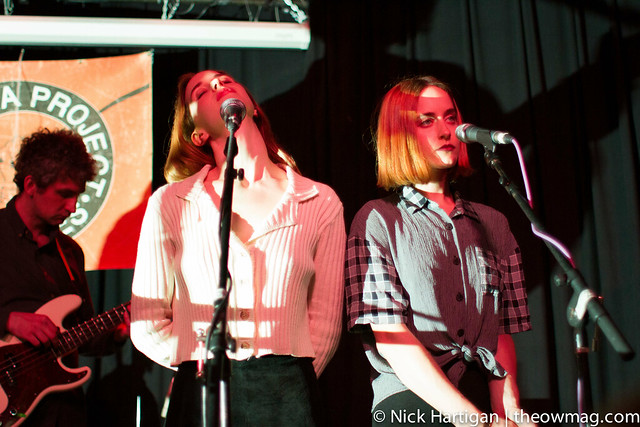 He”s been taken back down the fame ladder, back to where he started; moving from festivals like Coachella to tiny, all-ages venues like The Vera Project. But maybe that’s the point of this solo adventure; Owens seems to feel comfortable with his six-piece band on a small stage, hiding beneath his oversized sweater and long blonde hair.

Check out all the great photos HERE.