Rarely is it possible for a contemporary artist (hell, any artist) to embark on a national tour more like a busker than with a big production. With Chris Cornell‘s Songbook Tour, it was just Cornell and a guitar when he hit the incredibly intimate Palace of Fine Arts in San Francisco Thursday night. 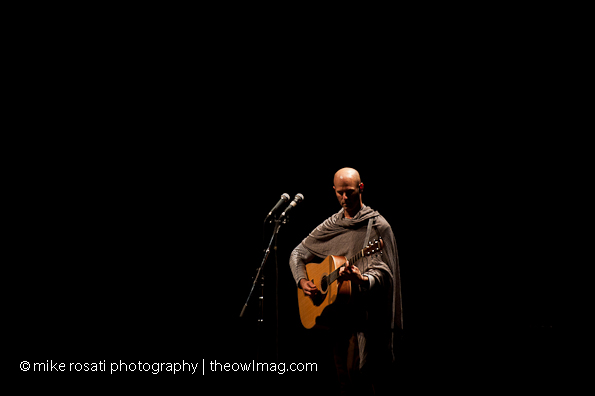 I was only able to catch the last song of opener Craig Wedren‘s set, a cover of The Psychedelic Furs‘ “Love My Way” that unfortunately seemed lost on the audience. Dressed in a flowing poncho and strumming an acoustic guitar, “Love My Way” was played passionately, if anything.

Soon it was time for Chris Cornell to take the stage. Cornell played from a wide range of material spanning his time with Soundgarden, Audioslave, Temple of The Dog, his solo work, and even a few surprising covers. Halfway through his set, Cornell gave a powerful rendition of Led Zeppelin’s “Tangerine,” before launching into one of the most haunting versions of Michael Jackson’s “Billie Jean” that I’ve ever heard. 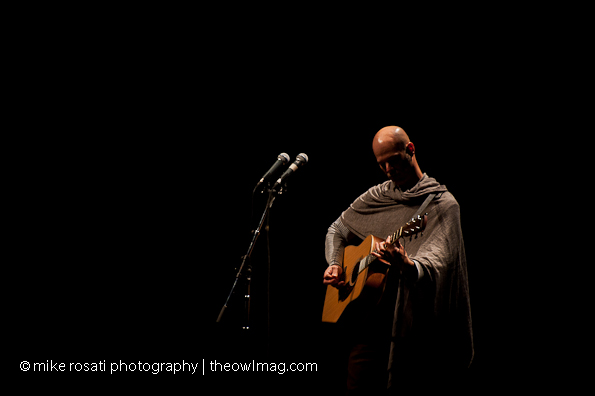 Throughout the more than three hour set, Cornell was as entertaining accompanied by the guitar as he was without, interacting with the audience quite a bit. A very special moment came when a friend of Cornell’s son lost his first tooth and he invited the boy onstage. Other highlights include Cornell discussing the songwriting of Euphoria Morning and how he’d moved his appearance on the Tonight Show so as not to perform the same night as Ron Paul would be on the show.

The atmosphere was set as one of the most intimate I’ve experienced as a show, with Cornell almost conspiratorially letting you into his inner workings. And damn was he honest about everything, including the fact that he was just getting over a cold. His slightly strained voice added another level of earnestness to the performance, neither hindering nor impairing the quality of it. He ended the night with a cover of John Lennon‘s “Imagine” which was fitting, given that the anniversary of Lennon’s death was the week before. All in all a powerful performance that few contemporaries could rival: Cornell and his guitar are minimalistic, intimate magic.