A transmission of affect is the idea that it is possible for someone to assume another’s state of mind, especially when it is seeping with anxiety or despondence.

It was not surprising then on Monday, when Chelsea Wolfe unfurled her distinctive, haunting descant she consumed the audience. Nothing permeates a room quite like darkness. 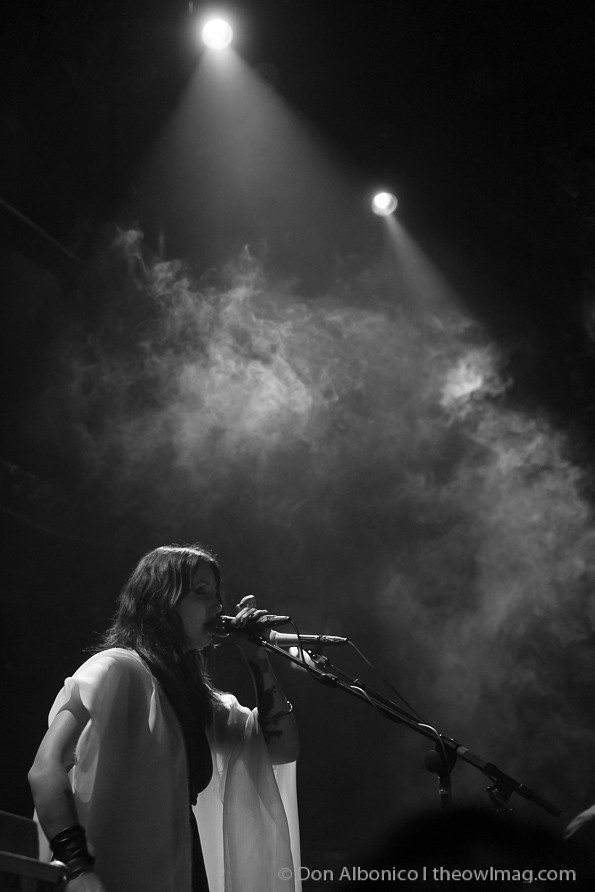 Wrapped in a sheer, pale robe over a black dress, Wolfe appeared spectral—a mirror of her sound. Using her hands to distort and morph her voice into a faint, nebulous trace, Wolfe’s voice became unearthly and omniscient. As her sound detached from its point of origin, so did the emotion it carried—it took over the room. 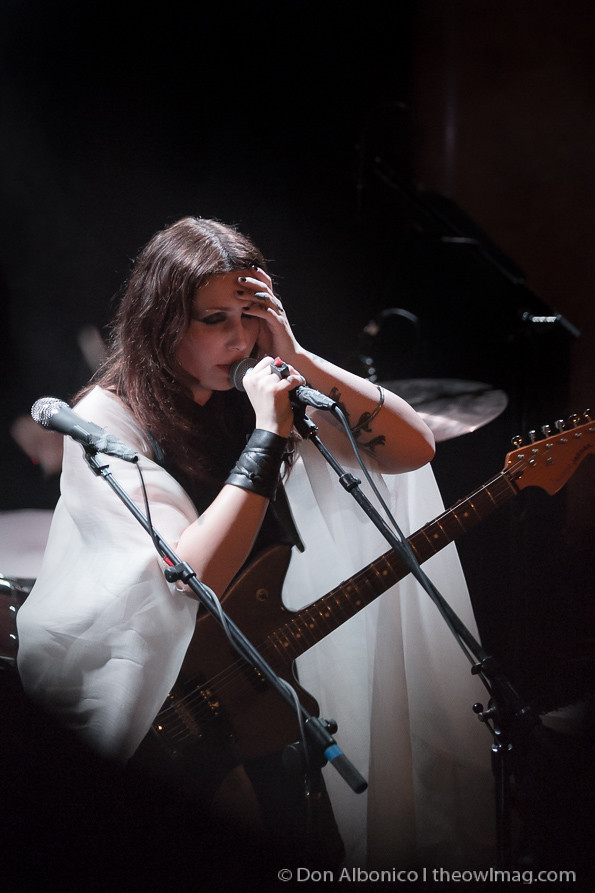 Like the title of her newest release (this summer’s Pain is Beauty) suggests, Wolfe is adept in maintaining a wraithy grace, even as she immerses herself in a surging, billowing sound. This kind of engagement between heavy, sonic intensity and the delicate honesty Wolfe is known for certainly fit the venue.

The Great American Music Hall, surrounded by gilded columns and baroque wall detailing, is imposing and robust while still maintaining elegance—and it certainly accents the shows of its performers. 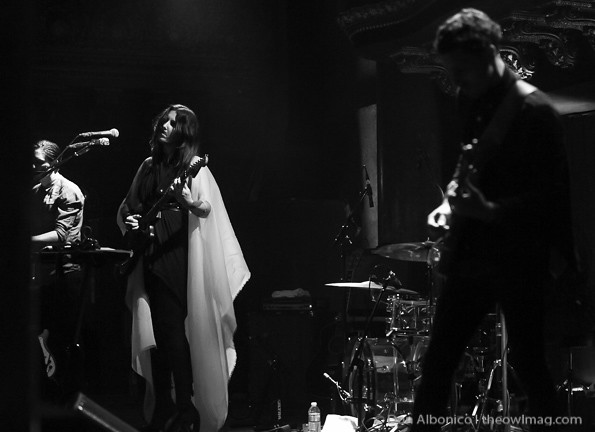 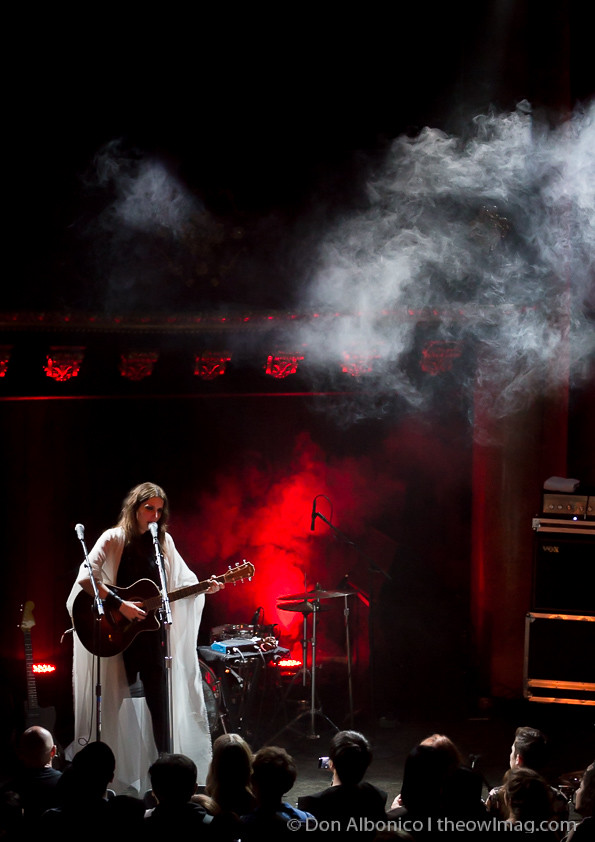 It was, with all pieces considered, chaos. Wolfe clutched listeners and forced them into the deep, especially as she played newer tracks from Pain is Beauty like “We Hit A Wall.” As we stood deeply engrossed in the thickness of the music in the room, illuminated by a looming red glow, it was the perfect amount of overwhelming to get lost inside.

Check out more photos of the new goth queen HERE!