It was a windy and cold Wednesday night with a touch of random showers. That didn’t stop anyone from going out and seeing Brooklyn, NY’s Caveman. Coming into the venue, it seemed decently full for a weekday show. Henry Wolfe had already taken the stage and had the majority of the crowd nodding their heads. Henry did his best at gaining the attendees attention. It didn’t seem to matter whether anyone was into what he was doing. The band played a blend of soulful rock tunes that cant help but captivate even the average listener. Henry introduced the rest of the band between songs, one member at a time. This is a band that is highly recommended, after his set there were numerous audience members talking about how much they were surprised at how good Henry Wolfe was.

Headlining band Caveman quickly set up following Henry Wolfe’s performance. They started the night off with “Thankful,” which quickly had people dancing and grooving to their hypnotic sounds. Caveman’s music tends to evoke a strange feeling of tranquility. It might be the beauty in the sound of the guitars, bass, and keys playing in unison, or it could be the tribal drum rhythms provided by both lead singer Matthew Iwanusa and drummer Stefan Marolachakis. Their sound is similar to a gorgeous sunset after a rough day at work or the beautiful array of colors that encompasses the sky that tends to leave anyone in awe and at that moment there is nothing else in the world that matters. Looking around there were not very many people talking during their set. Instead, everyone’s eyes were set on the stage, one couldn’t help but try and replicate the energy the band was portraying. Songs like “Decide” and “My Time” had a lot of people dancing as if they were free spirited hippies not caring who was watching or what they thought. The majority of the songs came off their recently reissued debut album CoCo Beware. They did share a few new songs that were as of yet untitled. Both songs showed the band’s continuing progression as musician and songwriters. If CoCo Beware was good, their next album is probably going to be amazing. 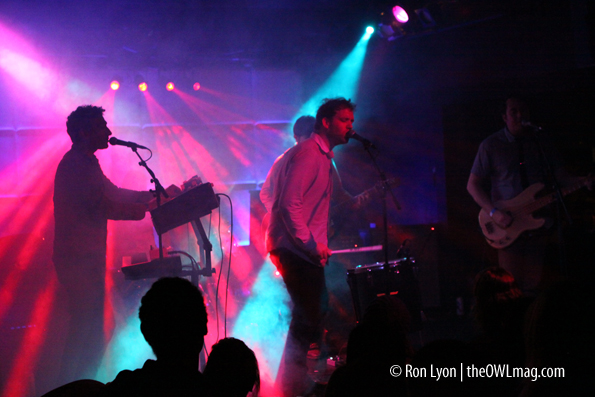 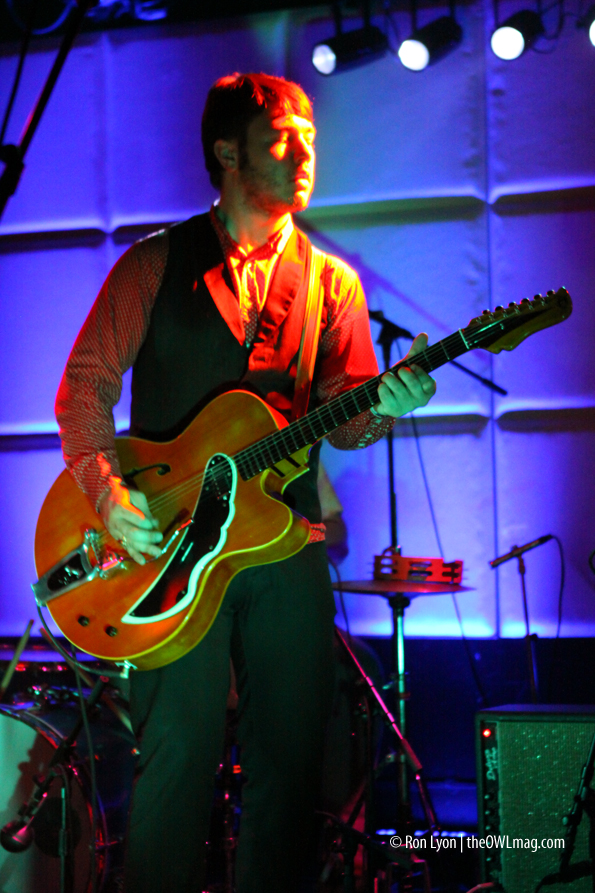 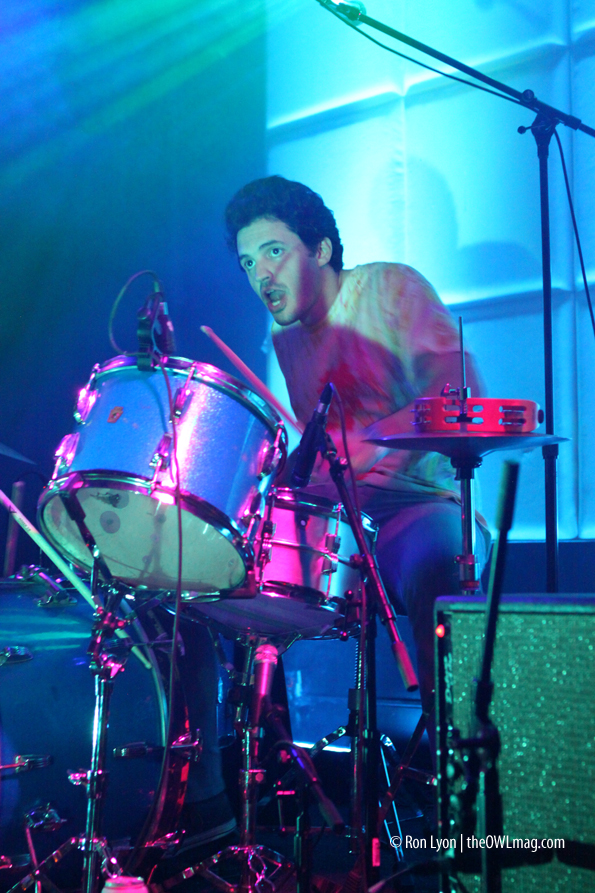 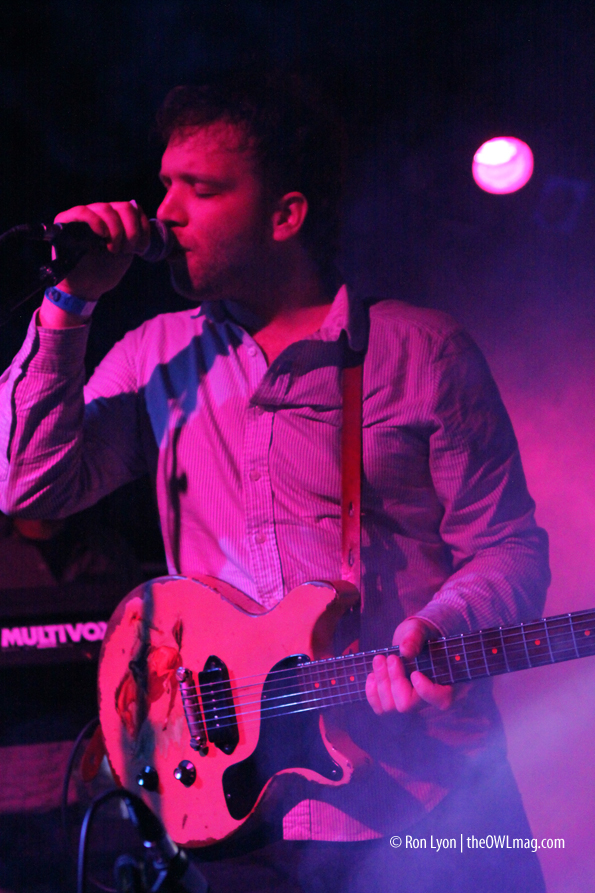 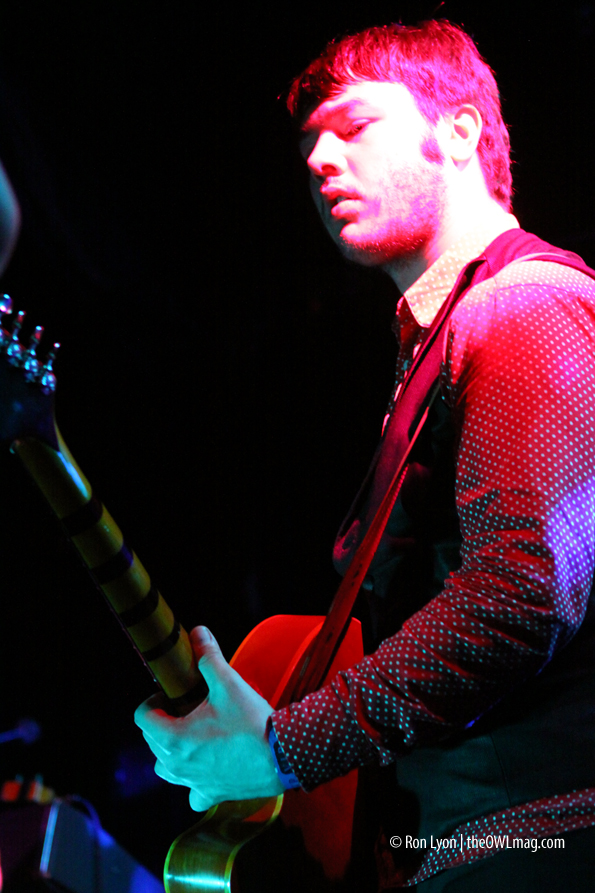 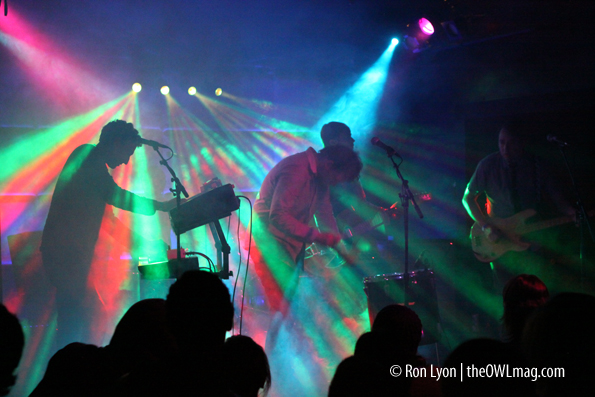 Click here for more photos of Caveman at The Echo.