Frank Fairfield opened a rather mellow evening at One Eyed Jacks on Monday. The 24-year-old bluegrass man looked more mechanical Mark Twain than anything else, surprisingly smoothly carrying a set in which he switched between fingerpicked guitar, banjo, and fiddle. The crowd was small for that venue and the music was the quietest I’d ever heard played there, to the point that I’d barely realized the show had started until I’d gone entirely through the front bar and almost to the stage. No one really knew what to make of Fairfield and he ended his set with a rollicking fiddle tune that nary a soul clapped along to, though I still think it was pretty damn good. 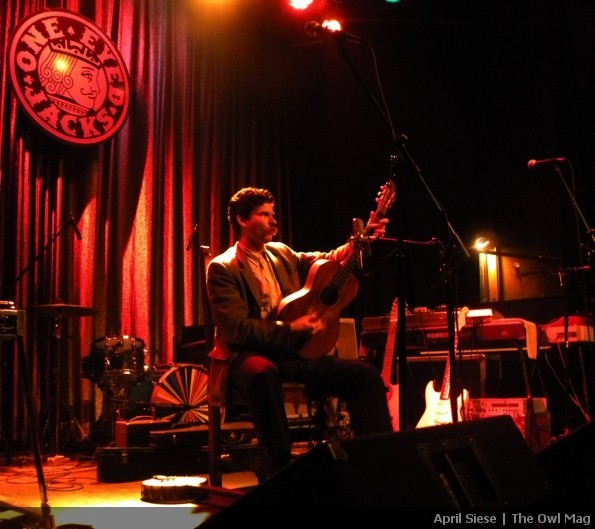 Cass McCombs came on at around a quarter past eleven, starting his set with “Equinox.” Despite McCombs being the headliner, the crowd stayed pretty sparse with many not making it through his full set. His second song wasn’t met with much enthusiasm and two songs later, McCombs requested that his vocals be turned up, throwing the levels disastrously off. I’d like to say sound production was the only thing making it an off night, but the crowd’s heart just wasn’t in it, and neither was McCombs’ it seems. Partway through “Meet Me At The Mannequin Gallery,” he stopped because he’d “fucked up the lyrics.” 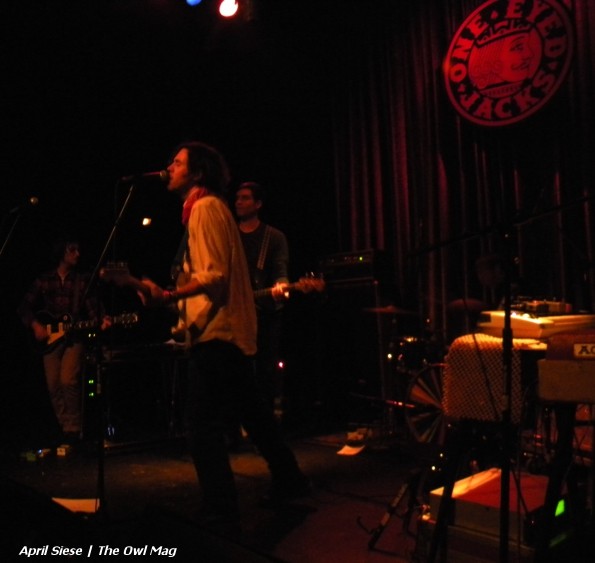 One sympathetic soul did voice her support, but more than a few streamed out. Towards the end of his set, McCombs decided to cut it short simply because it was a Monday night. Any crowd at One Eyed Jacks on any night knows what it’s in for (an awesomely long evening), but even that quip wasn’t met with much. The last two songs were played with minimal lighting and another tweaking to the sound, this time keys being turned up. McCombs played a standout rendition of “Bradley Manning” but that was one of the few highlights in an unfortunately lackluster evening.