Fullerton, CA based cult/record label Burger Records is empirically in the ‘not standing around department’. On the heels of their successful Burgerama showcase festivals, they keep casting their net to revive concepts with their own particular spin. The latest case in point is the inaugural Burger A Go Go, shining the spotlight on all-girl and female-centric bands. What started as a date for Best Coast, with no new product to promote, set the Burger wheels spinning. Orange County’s Observatory, with its Constellation Room annex, and plenty of industrial park parking spaces proved the perfect match.

The star trips and staging hangups of a typical festival were nowhere to be found here, and more than one band noted the camaraderie. The big issue of the day turned out to be finding the energy to keep up. Even at the so-called “bottom” of the bill, bands unaccustomed to anything more than third on the bill were raising their game to claim the spotlight. 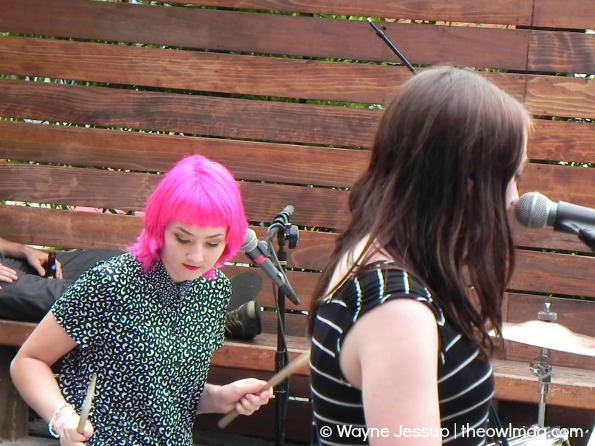 Hightlights early on included Sacramento’s Dog Party, who, although just returned from Europe, didn’t look a bit jet lagged as they buzz sawed through a set heavy on their latest, Lost Control. 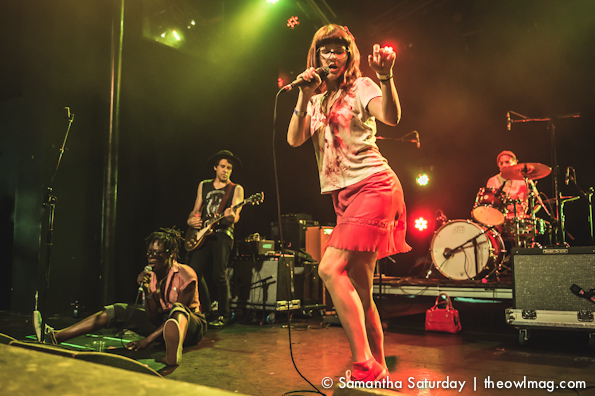 Sex Stains from Los Angeles boasted the Riot Grrrl pedigree of Bratmobile’s Allison Wolfe, who saluted the young masses by referring to herself as “your Riot Granny”, then proceeded to display an energy level that shamed the attending youth. Pulling double duty, she also served as DJ throughout the day. 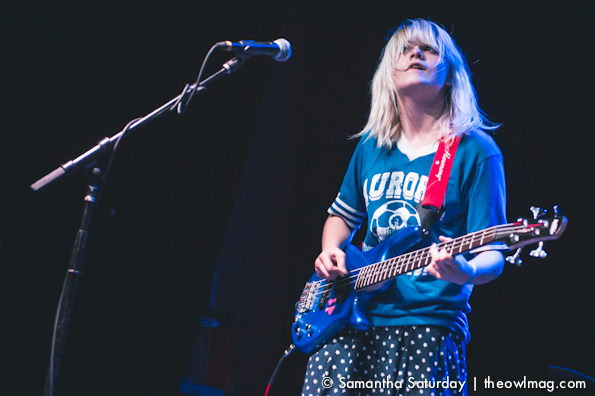 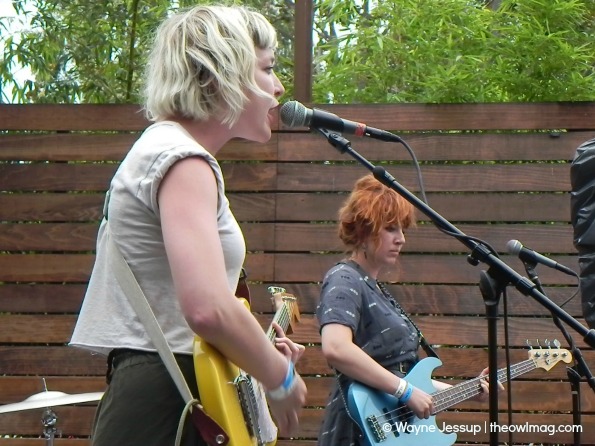 Three bright discoveries were Skating Polly, an intense Oklahoma duo that switched off instruments and forced people to stop in their tracks, along with Penny Machine, an Oakland trio that drew from the basic guitar punk template, but worked it into their own sound, harkening back to The Raincoats and Jonathan Richman. Fullerton’s Cheryll is a trio that milks guitar noise for moments of bliss and transcendence, and their self-titled debut LP is but weeks old. 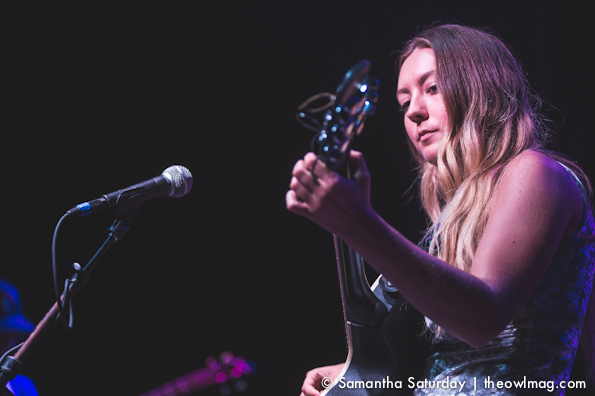 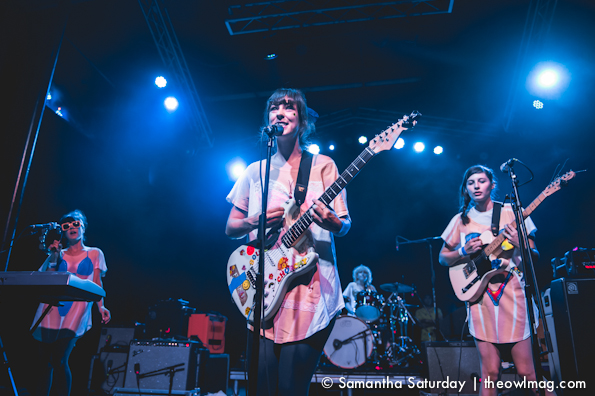 Peach Kelli Pop raised the bar on the proceedings, setting off sustained moshing that got the pit frothing, setting the stage for the return of The Muffs. Muffs’ lead singer Kim Shattuck’s recent adventures as “Replacement Kim” with the Pixies never-ending comeback tour were noted by chippy stage banter. Yet the focus was firmly on WHOOP DEE DO, their brand new LP on Burger Records. 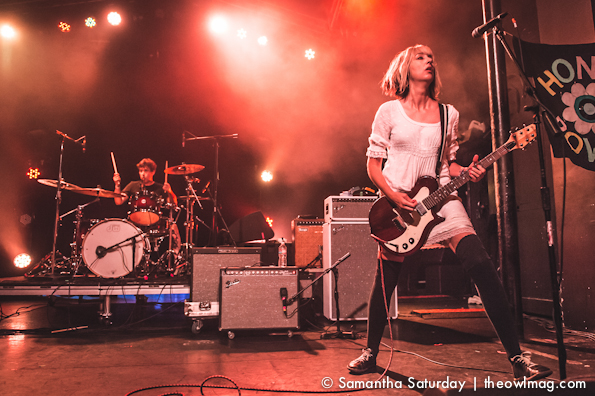 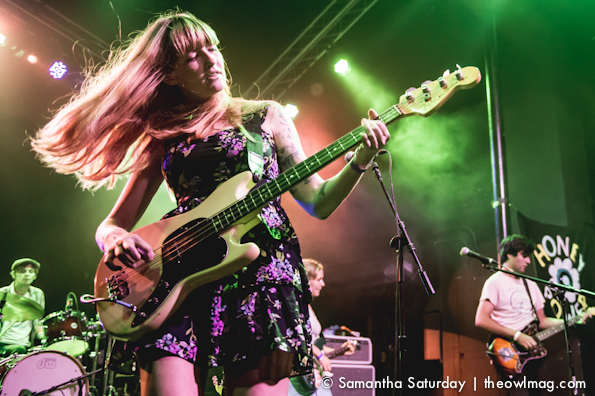 Post-Vivian Girls, Katy Goodman dabbled in the solo life with Kickball Katy, started her own unit La Sera, and sat in with friends’ bands as needed (Upset). Hour Of The Dawn is the latest from La Sera, and it’s the record that focuses all her work over the years. The band’s performance radiates tightness, weaving a web of sparkly indie pop, complimenting Goodman’s off-kilter charm, crystallized in one sterling aside to the audience: “Mosh politely, please.” 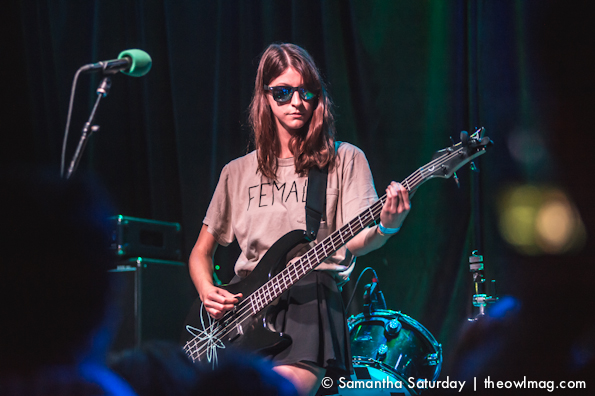 Notable at this stage of the day was that even with the main hall packed, Colleen Green and SISU were playing the Constellation Room to overflow crowds, making for tough choices or a lot of hustle. 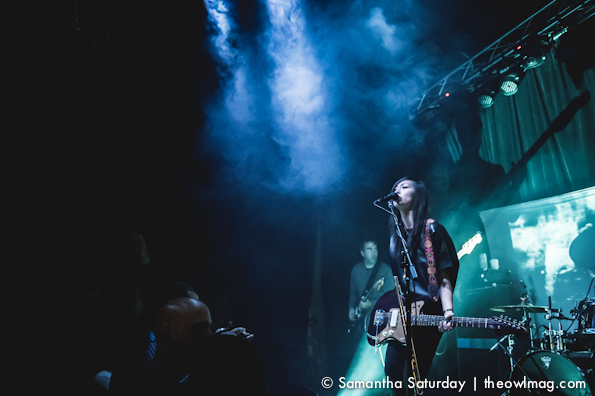 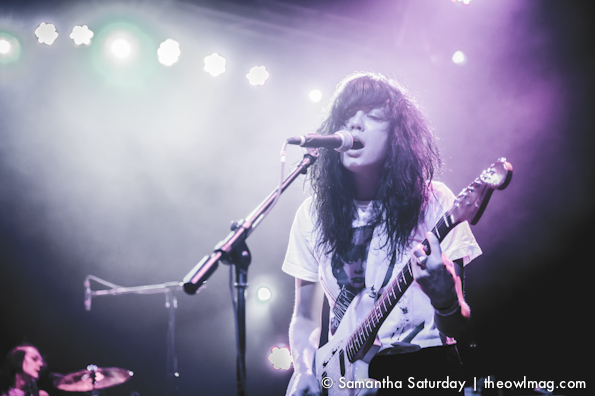 Back on the main stage, Atlanta’s Coathangers proudly flew the flag of the Runaways, amping up the volume, and turning the Observatory into a shred fest that took absolutely no prisoners. 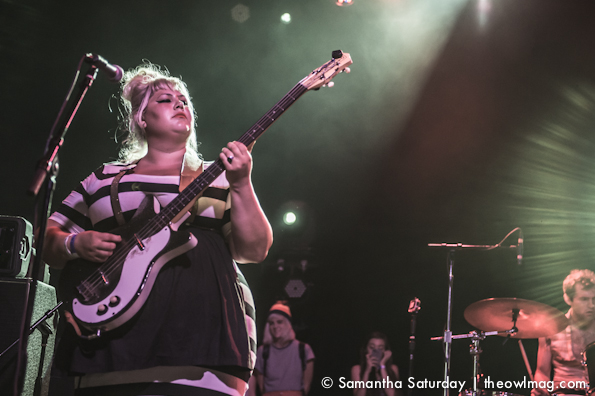 Shannon and The Clams

Burger A Go Go’s positives were not just limited to depth in lineup, but the shrewdness of how it was deployed, with Bay Area legends Shannon and the Clams providing a collective exhale after the tumult. They fit neatly into the girl group/garage band worshipping aesthetic of Burger, but with their own edge. In keeping with the DIY spirit of the proceedings, the hastily recruited bed sheet wearing Dancing Ghost emojis provided a celebratory thrill far greater than an empty Tupac hologram. 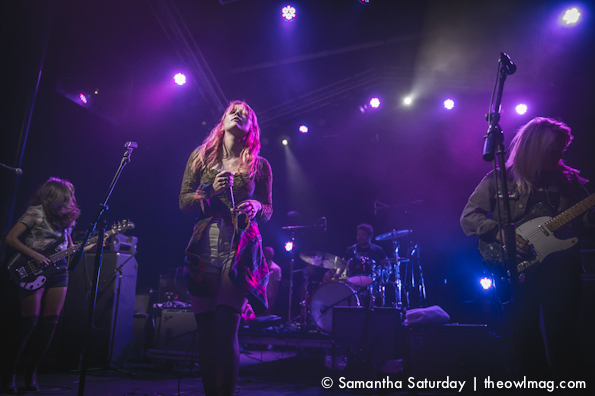 Reaching for the home stretch, it was fitting to see Bleached get a raucous reception. The LA group rose from the ashes of Mika Miko, and paid their dues, touring hard for a few years, tightening their sound and teasing with the occasional single, before unleashing their debut, Ride Your Heart, last year. Their set was pure adrenaline, and they rode roughshod over any of the recorded niceties, reveling in the moment. 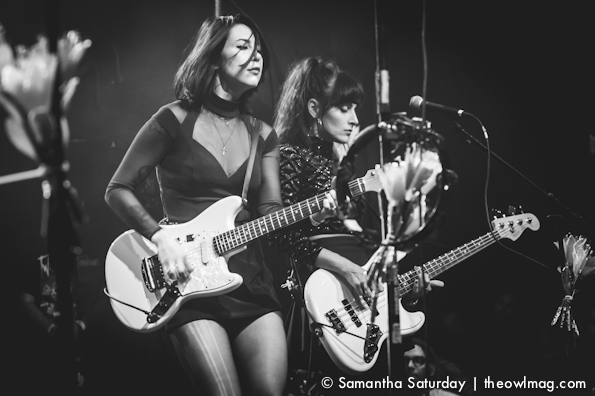 In the prime 11pm slot, the dark and stormy power of Dum Dum Girls took over the main stage. Throughout their performance, lead woman Dee Dee Penny kept it cool and collected with her sultry vibes, while band members Jules, Sandy, and Malia pumped up the chords and beats. – Samantha Saturday 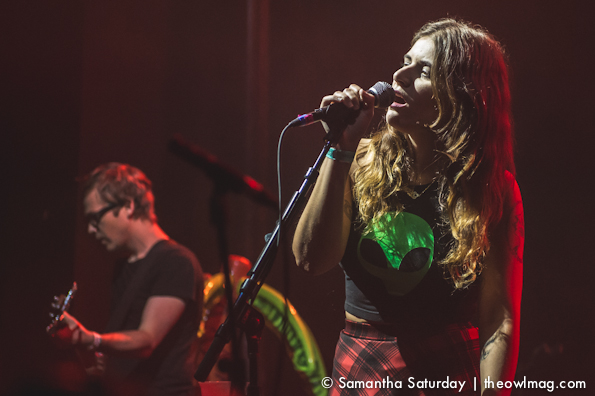 Even without any newly-released material, Best Coast drew a fanatic crowd (many perched at the rail from the very beginning of the event). In true form, the core of Best Coast (Bethany Cosentino and Bob Bruno) kicked out some summery, sugary pop to round out the night. – Samantha Saturday

The only question left on the table for Burger Records is to how they’ll top this opening salvo, and you can bet that they’re hard at work burning the midnight whatever to work it out.