Broken Bells, the group comprised of the Shins’ leader James Mercer and uber-producer Brian “Danger Mouse” Burton, put on a great show on the second of two nights in Downtown LA on Saturday. 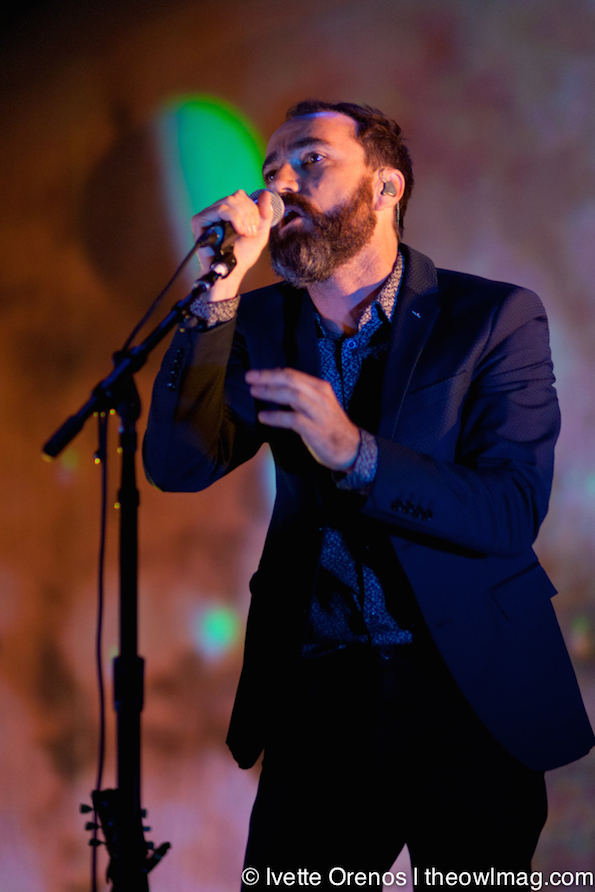 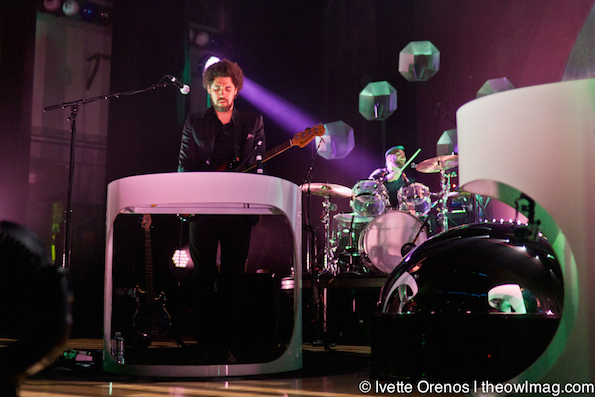 Broken Bells kicked things off with “Perfect World”, the opening track of this year’s LP, After the Disco. In the darkness of the intimate theatre, their immersive light show became a part of their stage presence, adding a strong visual element to their performance. Danger Mouse switched from keys to bass guitar for “The Ghost Inside”, something he would continue to do throughout the night. Between Mouse and touring musicians Jon Sortland and Dan Elkan, no one except Mercer stayed on the same instrument for more than few tracks. 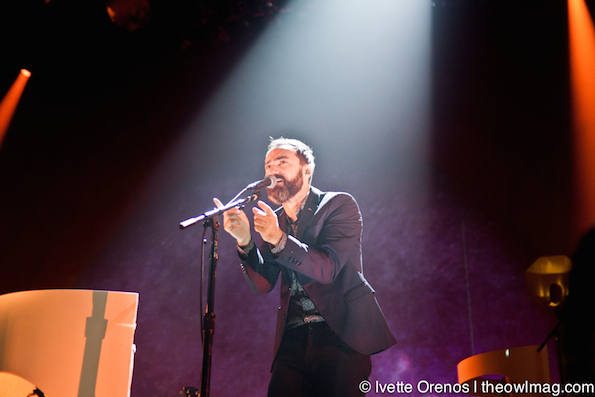 “You guys wanna get up and dance?” Mercer asked the audience before “After the Disco,” and the audience obliged him, rising up and dancing in front of their seats. A horn section appeared during “Mongrel Heart”, adding another layer to a song which featured new-wavey guitars. Live, the band was able to set a lot of different moods, with “The Mall & Misery” starting off with a psychedelic intro before switching into a post-punk groove. 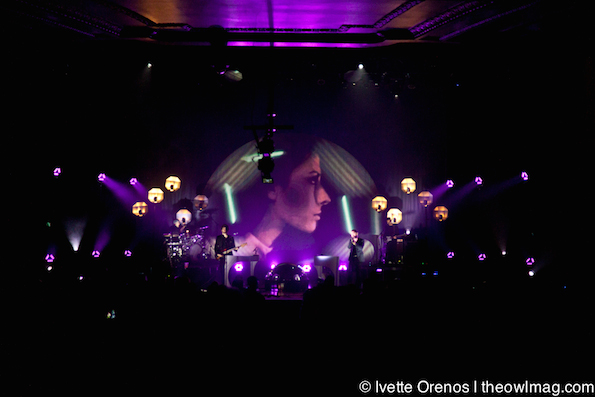 “The Angel and the Fool” featured a small chorus of backup singers, who, along with the horn section, would continue to make appearances throughout the night. Danger Mouse switched to drums for “October”, which, after a few mellower tracks, brought the crowd back to their feet. The band was strong all night, and a highlight of their instrumental talents was “Meyrin Fields”, with all four gents in the zone during an extended intro. 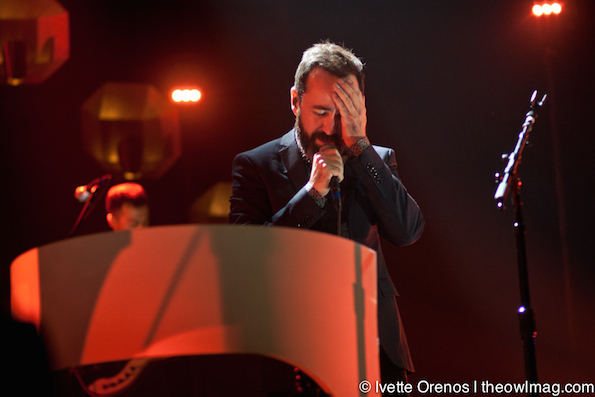 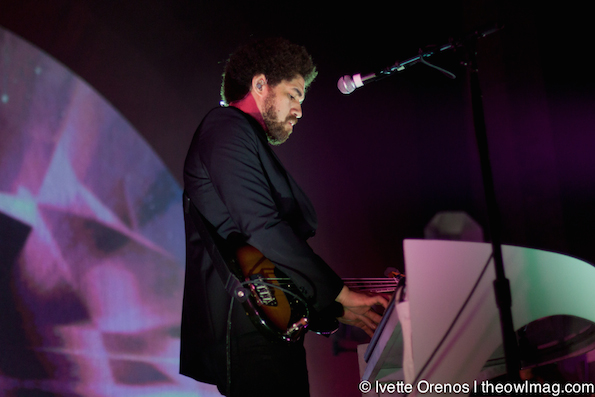 Mercer’s voice was also fantastic, hitting his most passionate notes during the bluesy “Leave it Alone.” After ending their set with “The High Road,” they took the briefest of breaks before a three-song encore. Mercer and Mouse emerged alone, starting “Citizen” beautifully with just keyboards and acoustic guitar, before the band joined. Mercer retreated to the back of the stage during “Trap Doors,” letting the layers of gorgeous melodies overtake him and the theater.

“It’s always a pleasure to play LA,” Mercer said, before ending the set with “Holding on For Life”. On this night, with so much musical talent on display, the pleasure was all ours. 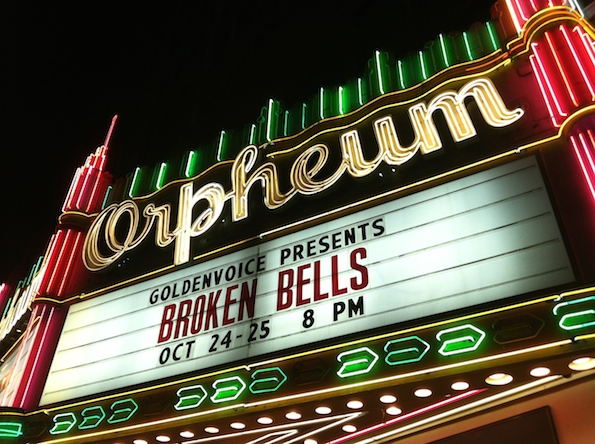