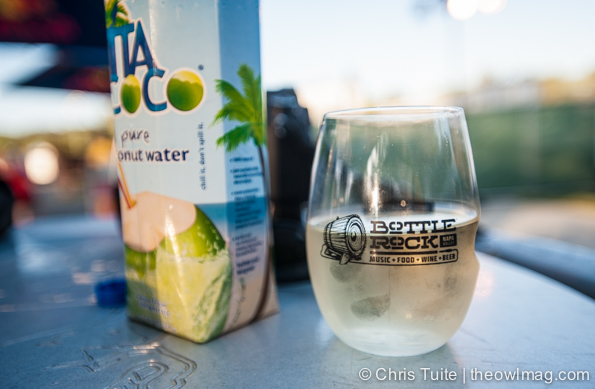 With both attendance and the temperature raised a few degrees, the second day of Napa Valley’s BottleRock Festival made a play for the big leagues. One could hear Howie Day’s early 00’s pop hit “Collide” and heavy metal before finishing the same generous pour of Viognier. Las Vegas’ Dog Day King welcomed Friday opener Sielle during a splendid cover of Guns N Roses’ “Sweet Child O’ Mine” before introducing their own bluesy grunge. 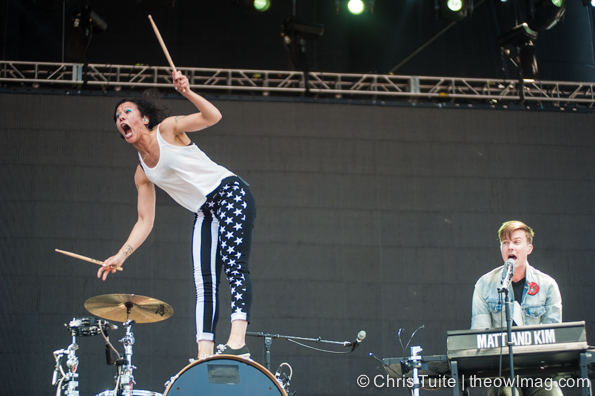 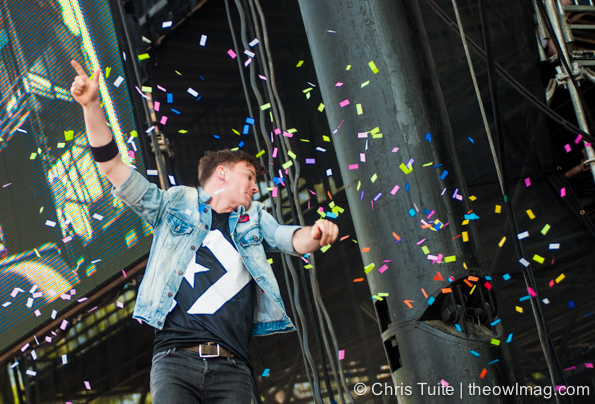 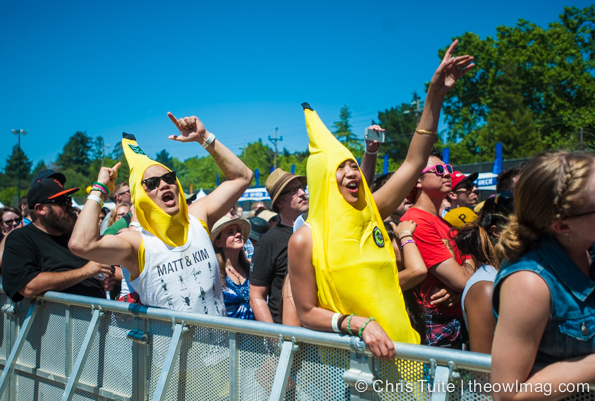 SF’s Soft White Sixties drew the largest crowd yet to the City Winery Stage as their infectious soul rock seduced craft brew browsers. Meanwhile, those already camped out at the main stage were grinning and dancing to Matt and Kim. At the same time, the Miner Family Winery stage was invaded by the glorious fuzz of No Age, our pick for midday MVP. All three emerging acts definitely expanded their fanbases. 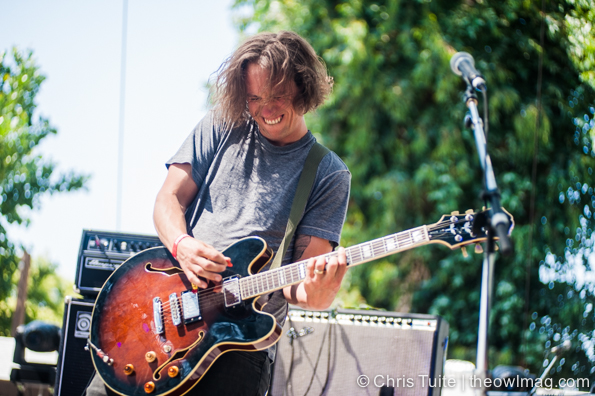 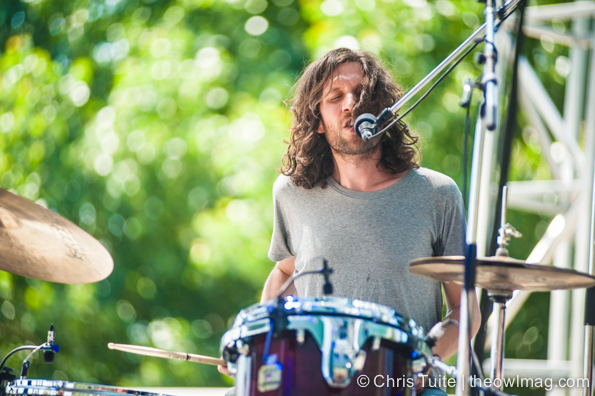 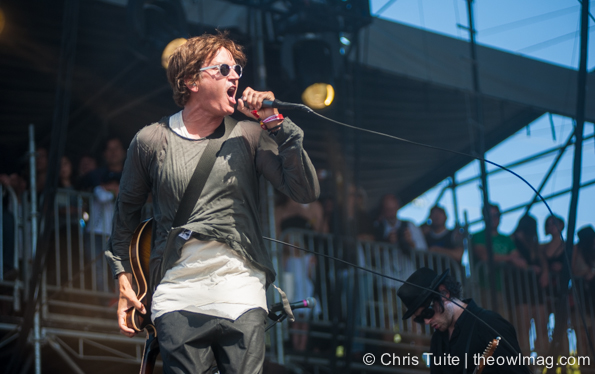 After apologizing to the legendary De La Soul for the thousandth time, we trekked to the main stage. Terrifying amounts of jubilance accompanied Third Eye Blind. Only two original members remain, but their command of the black magic that gets a sea of festivalgoers to wave their arms has not waned. Stephan Jenkins looks like he could live to 150. Nods to Beyonce, Jay Z, and U2 were sprinkled throughout the 90’s nostalgia fest, culminating in “Semi-Charmed Life.” 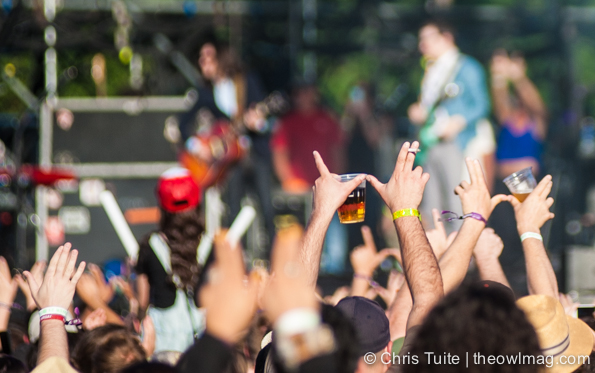 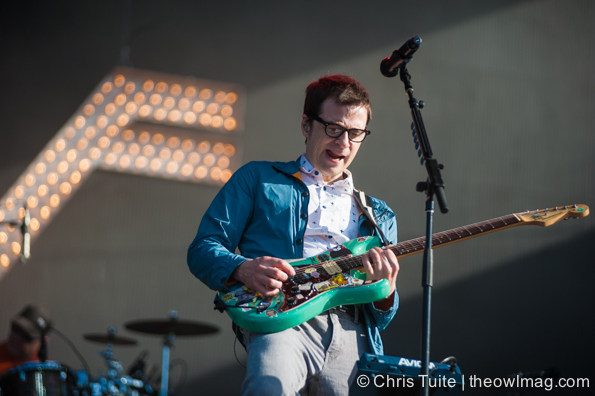 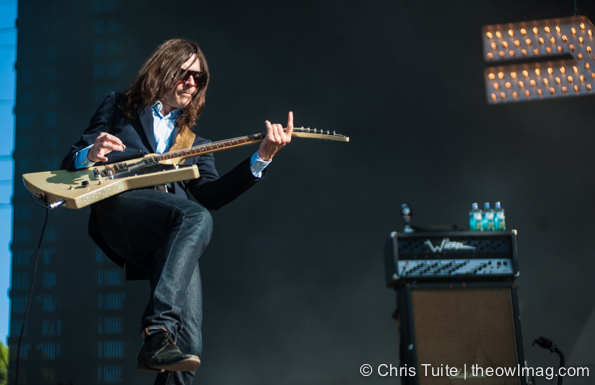 Technically, Weezer is more of a 00’s retro act these days. Large swaths of the fully committed crowd knew every word of “Beverly Hills” and “Pork and Beans.” The pop punk stalwarts still played half of their classic 1994 debut, including “My Name is Jonas” and “Surf Wax America.” Blur’s “Song 2” found its way into their set. “Undone – The Sweater Song” has aged better than “Buddy Holly,” but all four members simultaneously channelling their inner Bonzo on the drum kit brought the hour to a mighty finish. 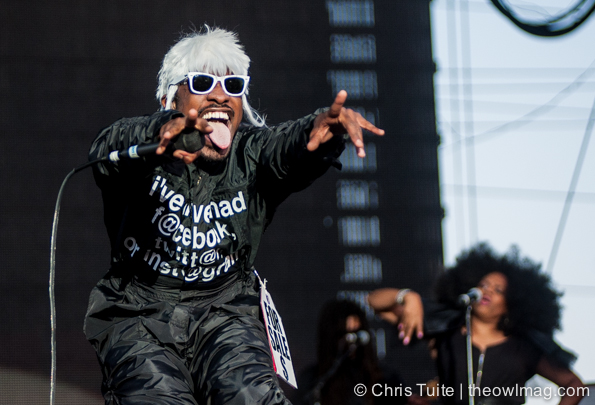 After a 15-minute delay pinning down the transparent cube covering, the best rap show in town began. OutKast’s 90-minute 20th anniversary celebration is an unparalleled event. Truncated solo sets and no guests save for a pajama-clad Sleepy Brown ensured an onslaught of classics. Aquemini dominated the opening and Speakerboxxx/The Love Below occupied the middle, followed by a magnificent medley from the real best hip hop album of 1994, Southernplayalisticadillacmuzik. 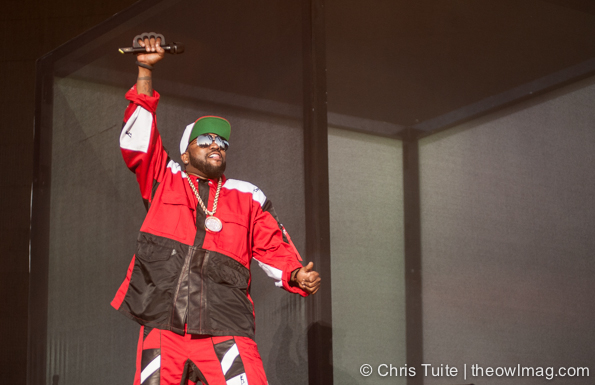 Big Boi and Andre 3000’s energy never flagged, tossing stanzas back and forth like Hail Mary passes, prowling every inch of the stage, and interacting with the live ASL ladies. Though we wish they had used the extra time allotted them for more music, it allowed us to witness Heart nail Led Zeppelin’s “Rain Song” and “Misty Mountain Hop” on the way out. 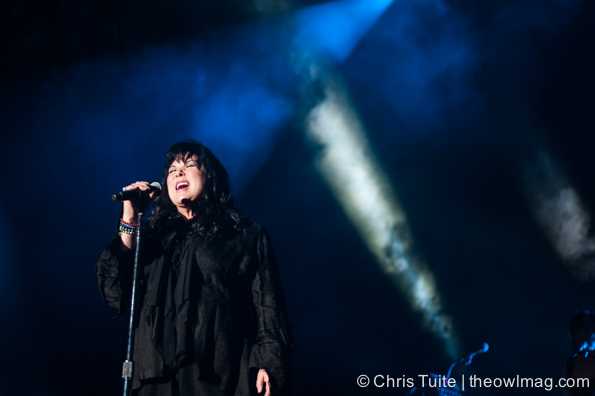 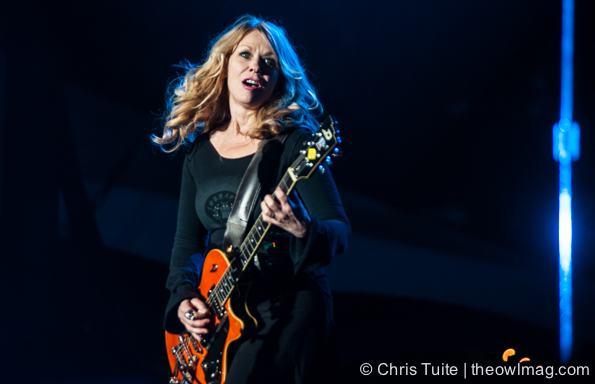 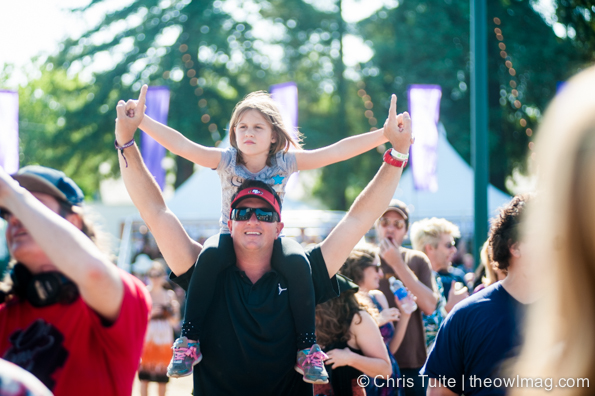 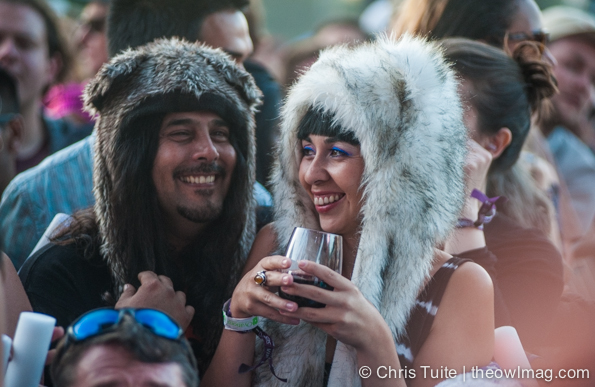