Thursday night was a homecoming of sorts for Dum Dum Girls‘ Dee Dee Penny. Born and raised in the Bay Area, the frontwoman for this magnetic foursome remarked that her beloved family members were somewhere in the crowd. One part ’50s

girl group and one part ’80s post-punk band, the Dum Dum Girls blended sugar and spice (but mostly spice) effortlessly in their performance of “Bedroom Eyes” and their rendition of The Smiths‘ “There Is A Light That Never Goes Out.” Touring in support of their latest EP End of Daze, Dum Dum Girls blew the crowd away in Oakland and undoubtedly gained new fans in the process of their short but energy packed performance. 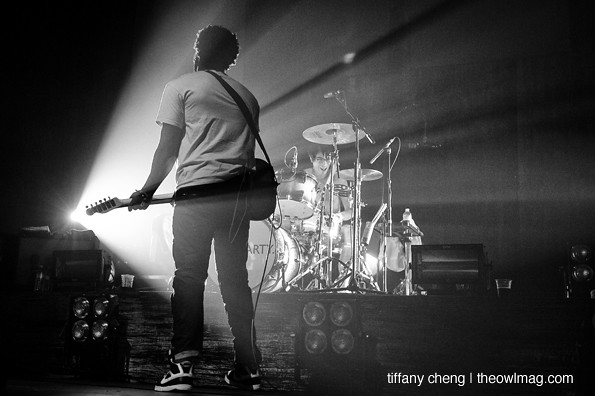 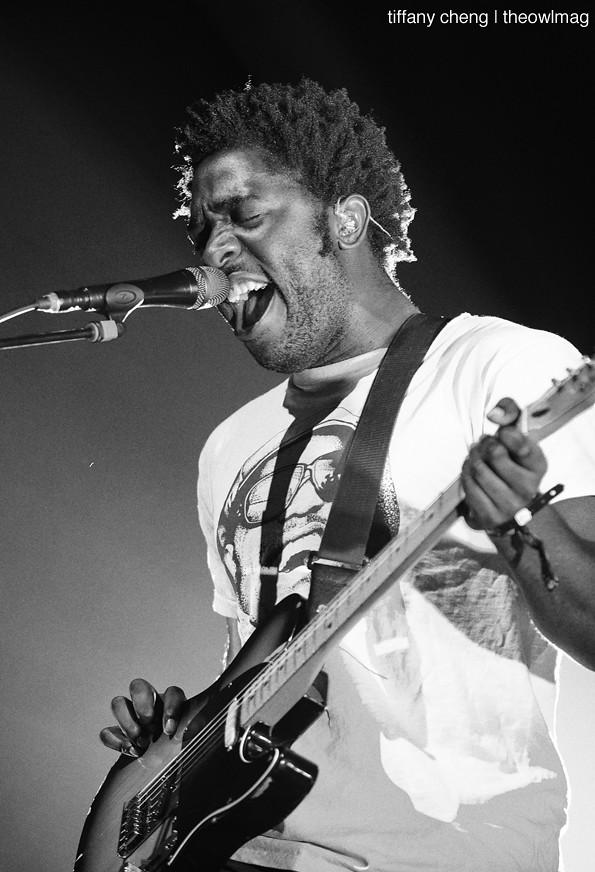 It’s been years since London’s Bloc Party appeared in the Bay Area (with the exception of Outside Lands Music Festival). To say that their performance at The Fox was “highly anticipated” would be a massive understatement. But the energy of the crowd throughout the band’s 19-song set list intimated that some people’s expectations may not have been fully met. The diversity in sound throughout the band’s growth from album-to-album in their catalog is evident, but the trade-off is a lack of cohesion during a live performance. The rift was particularly disconcerting where “Banquet” from Silent Alarm and “Coliseum” from Four were partnered together one after the other during their set. Though the band performed songs off all four albums in relatively equal measure, the crowd’s engagement and excitement coincided with the noticeable ebb and flow throughout the show. 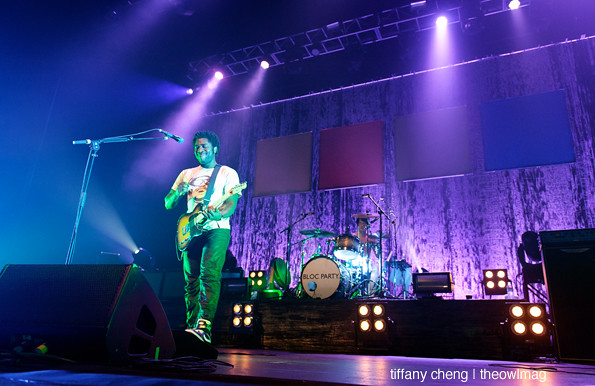 Bringing the focus of Bloc Party’s performance down from the ten-thousand foot level, it’s unquestionable that the band’s success is due to each individual member’s attention to detail and raw talent. Kele Okereke’s wailing vocals gave life to his beautifully written lyrics which cover a range of topics from the abstract to daily monotonous experiences. Russell Lissack’s guitar work was the life blood to Bloc Party’s performance. Gordon Moakes displayed his adeptness at mastering multiple instruments from the bass to the glockenspiel all while lending his baritone vocals to counterbalance Okereke’s higher range. Matt Tong personified a shirtless version of The Muppet’s Animal while working hard behind his kit with incomparable frenetic energy. There were definite moments where Bloc Party took the crowd back to 2005, but those moments were few and fleeting. The jarring reality is that Bloc Party has grown to become a different band since Silent Alarm. Perhaps, placing such weighted expectations on who they are now in 2012 is a foolhardy miscalculation on our part as the listener. 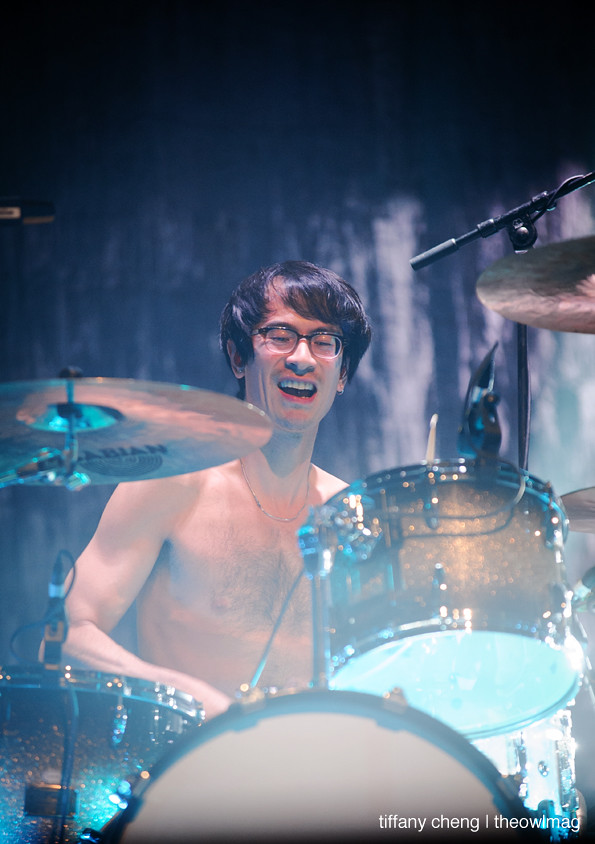 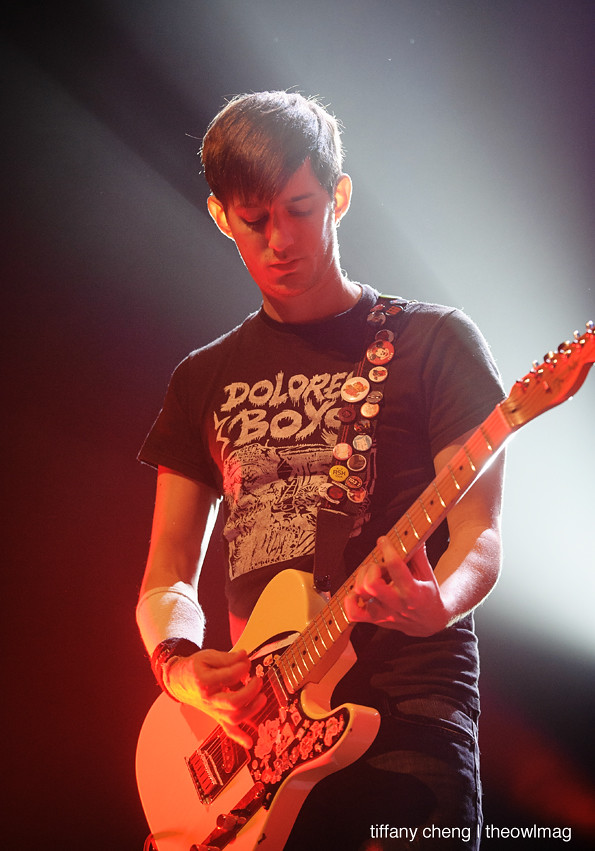 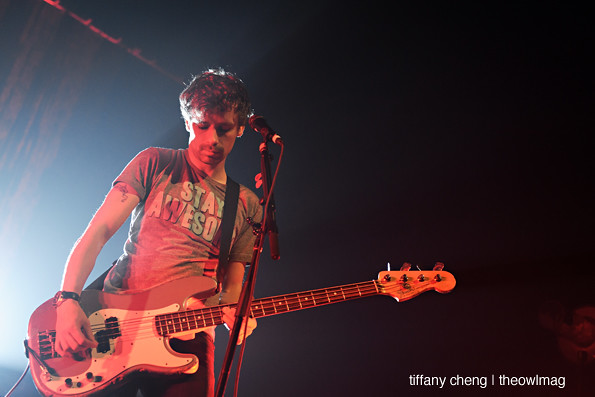 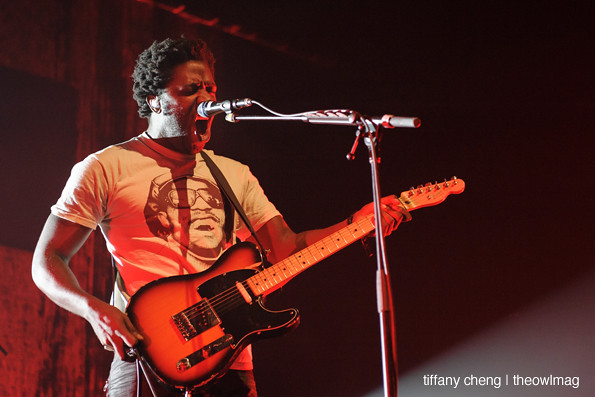